Accessibility links
Mandolin Orange On Mountain Stage The folk duo of Andrew Marlin and Emily Frantz are joined by some friends for a full-band performances of a few songs off their sixth release, Tides of a Teardrop. 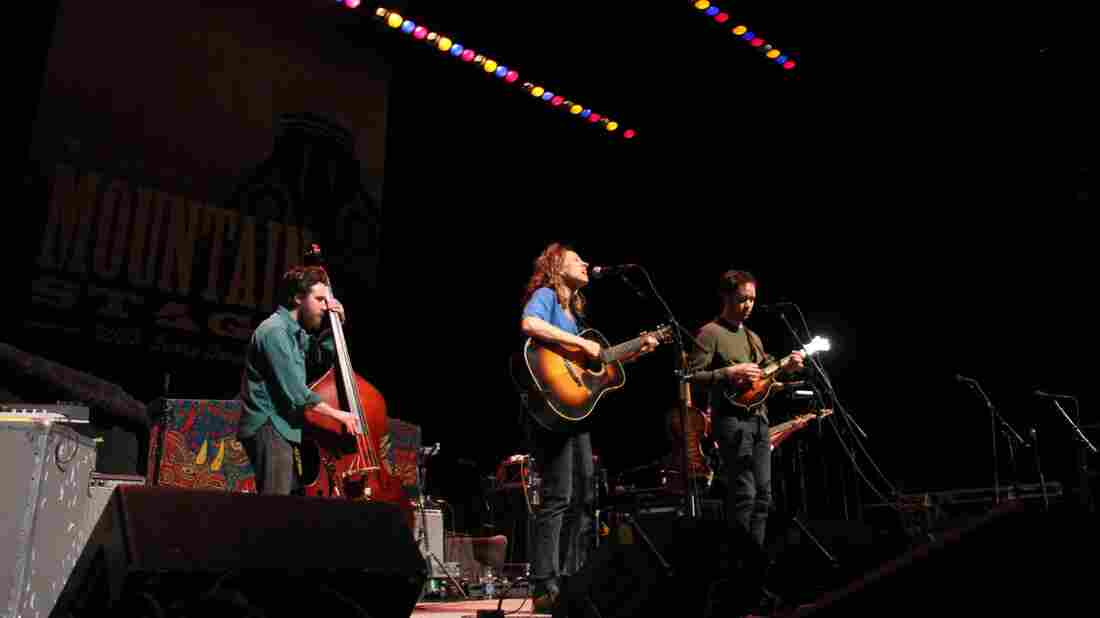 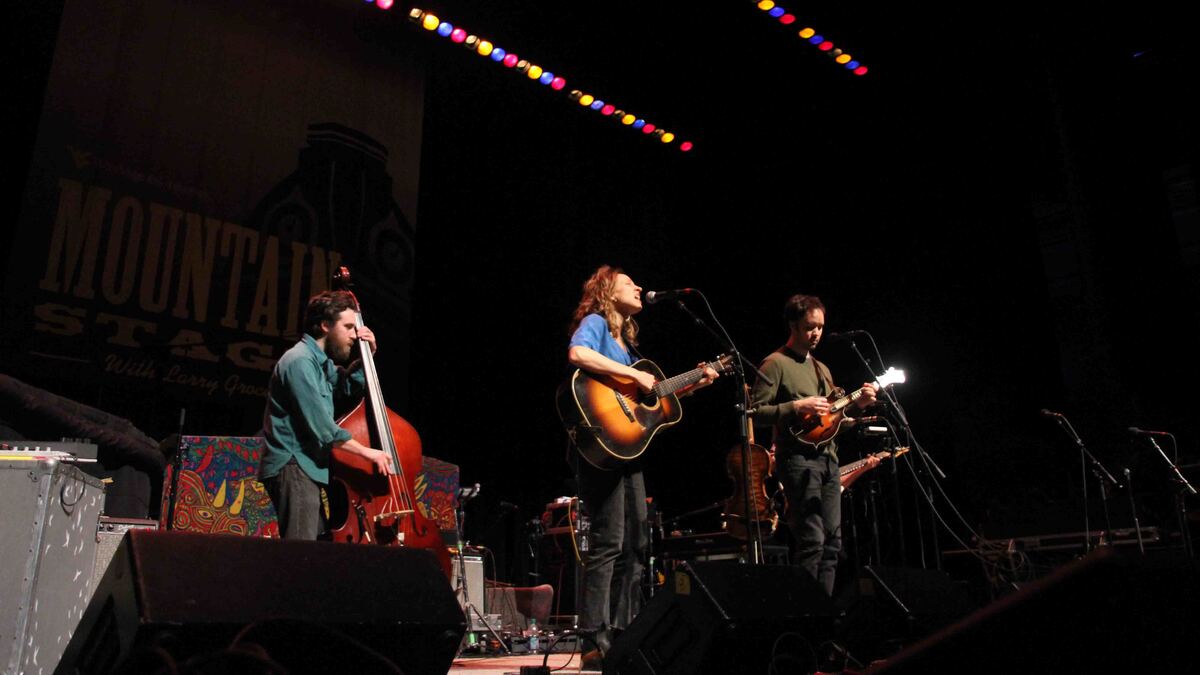 Making their fourth appearance on Mountain Stage since 2013, Mandolin Orange stopped by last January with a set of warm and wise tunes at the West Virginia University Creative Arts Center in Morgantown, W.Va. It was one of the first shows in a year that saw many landmarks for the duo, built on the strength of their exemplary sixth LP, Tides of a Teardrop. In September the band headlined two sold-out nights at Nashville's Ryman Auditorium, and released two new tracks, "Belly of the Beast" and "Paper Mountain," in celebration.

On a cold winter's night, Mandolin Orange started the set with the haunting, fiddled glow of "Golden Embers," which Marlin wrote about the rippling hurt and memories of his mother, who passed when he was young.

The band flexed more fully on "Like You Used to," a bluegrass-tinged shuffle Frantz sings about the endurance of love. "Just love me darling / I think I can stay," punctuated Oliver's electric guitar riffs and Marlin's galloping mandolin runs.

Marlin and Frantz showcased their trademark softer side on "Mother Deer," a song he wrote about a mother deer and her two fawns in their back yard in Chapel Hill, N.C.

"I saw a scar on the mother deer's back and didn't see the fawns, so my imagination ran wild ... but later I saw the fawns were alive, so no deer were hurt in the making of this song," Marlin said, getting a laugh from the audience.

The tempo remains on slow broil for the timely social commentary of "Time We Made Time," a gorgeous modern hymn about the need to slow down and take time to talk and heal.

Mandolin Orange's winter tour continues throughout January 2020, including an appearance in Denver with the Colorado Symphony on January 17 and confirmed appearances on mainstay Summer festivals like Delfest, Bonnaroo and Telluride Bluegrass Festival.