Accessibility links
Rep. Duncan Hunter To Resign From Congress Amid Campaign Finance Scandal Hunter pleaded guilty last month to misusing campaign funds. He and his wife were accused of having used over $250,000 in campaign funds for their own personal use. 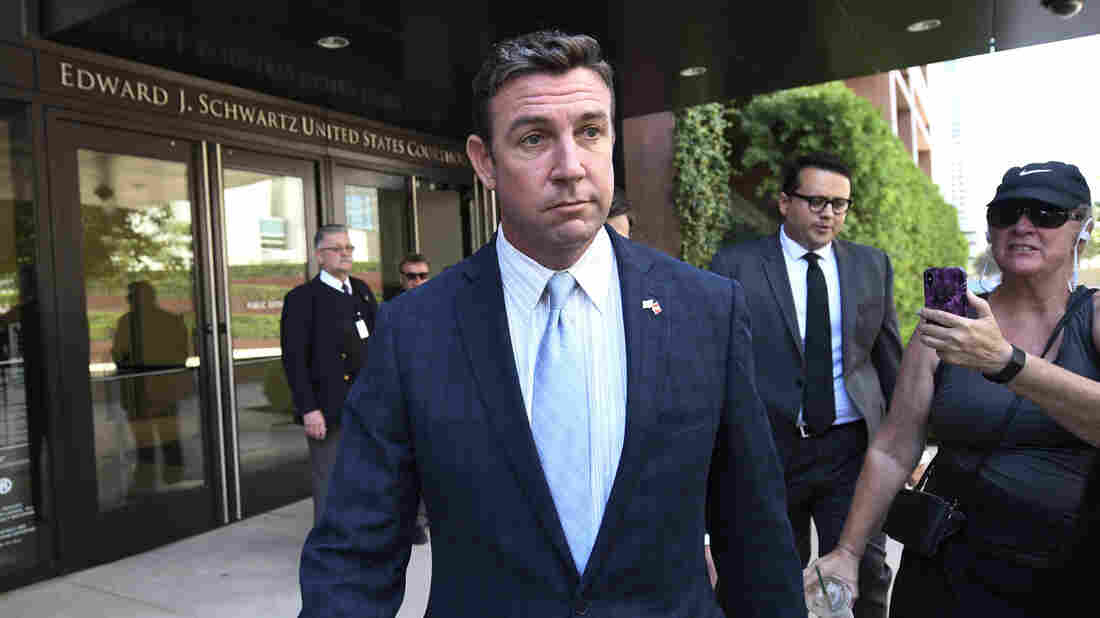 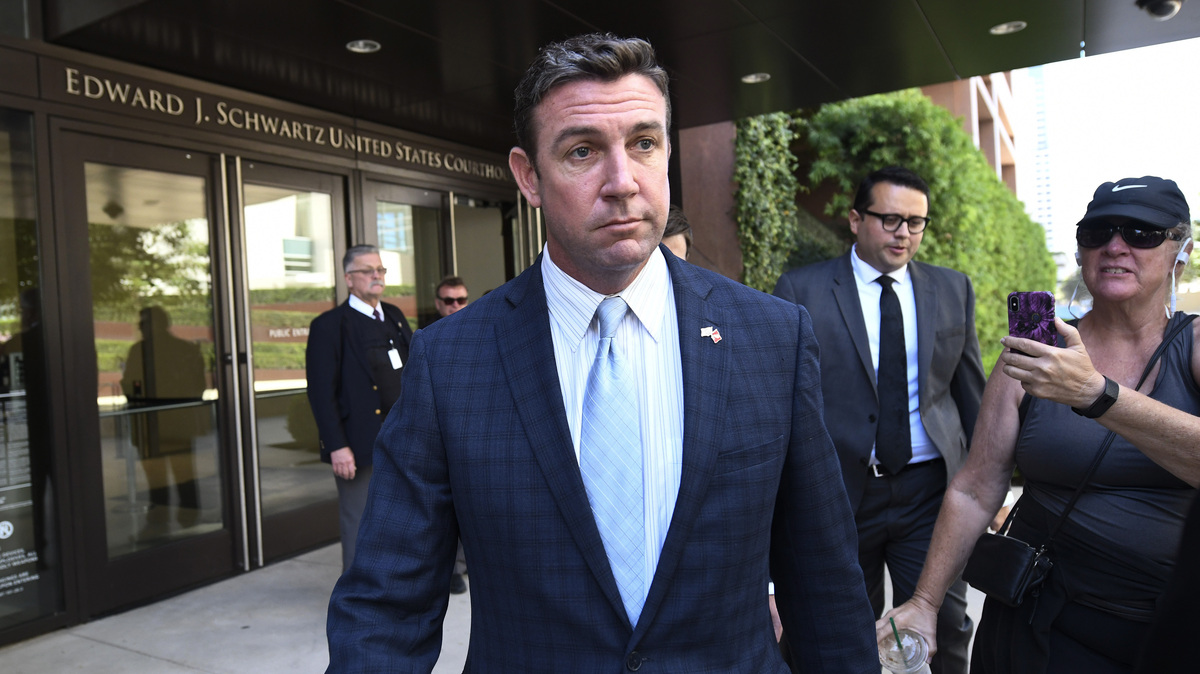 Hunter had long decried the charges against him as politically motivated, but in early December he struck a deal to plead to just one count of illegal use of campaign funds. He later said he would resign "Shortly after the Holidays."

Hunter and his wife were accused of having used over $250,000 in campaign funds for their own personal use, which included family meals, medical bills, vacations, school tuition and even flying the family's pet rabbit, Eggburt, cross-country.

Last summer, Margaret Hunter agreed to a plea deal that required her to testify against her husband; the indictment also contained evidence of numerous extramarital affairs that the congressmen had.

Duncan Hunter, however, had maintained his innocence, but finally said he agreed to a deal to save his family, especially his children, from a public trial.

"Whatever my time in custody is, I will take that hit," Hunter told local TV station KUSI last month. "My only hope is that the judge does not sentence my wife to jail. I think my kids need a mom in the home."

In a letter to both California Democratic Gov. Gavin Newsom and House Speaker Nancy Pelosi, D-Calif., announcing his resignation, Hunter said he was most proud of his service on the House Armed Services Committee during his tenure. Hunter joined the Marine Corps after the Sept. 11, 2001, terrorist attacks and served in Iraq and Afghanistan. Hunter was elected in 2008 to succeed his father, also named Duncan, in the solidly Republican San Diego-area seat.

Hunter — one of the first members of Congress to endorse President Trump — wasn't seriously challenged for reelection until 2018, when Democrats targeted his seat in the wake of the charges against him. In a seat that Trump carried by 15 points, Hunter survived by only about 3 points.

Without Hunter on the ballot, Republicans should easily hold the seat; Newsom must call for a special election within 14 days of the vacancy. Among those seeking to replace him is former Rep. Darrell Issa, the powerful former chairman of the House Oversight Committee, who retired in 2018. Issa won't have a clear path though, with former San Diego City Councilman Carl DeMaio and other Republicans also running too.