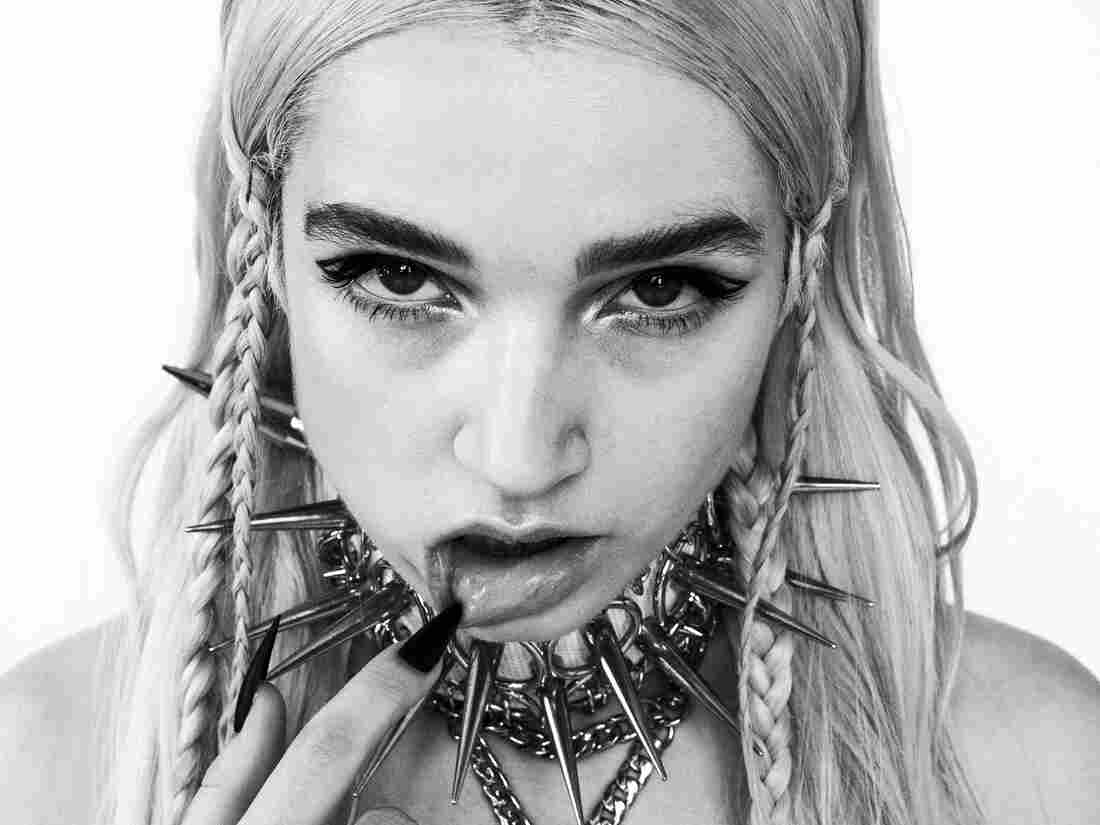 The artist known as Poppy. Her latest release, I Disagree, is on our shortlist for the best new albums out on Jan. 10. Jesse Draxler/Courtesy of the artist hide caption

When we first covered Poppy back in 2017, Weekend Edition Saturday host Scott Simon had hard time figuring out who or what the genre-blurring artist actually is. Robot? Artificial intelligence? Or a flesh-and-blood singer making keen observations about life in the Internet age? Regardless, Poppy is back now with her third full-length album called I Disagree, and as you'll hear on this week's show, it's filled with songs that movie quickly and crash so many sonic worlds together, it's almost impossible to keep up. We've also got new music from the Irish singer-songwriter David Keenan, a concept album about the aftermath of World War I by the English band Field Music, ambient and analog synth instrumentals from Craven Faults and more. NPR Music's Cyrena Touros and Stephen Thompson join host Robin Hilton as they share their picks for the best new albums out on Jan. 10.