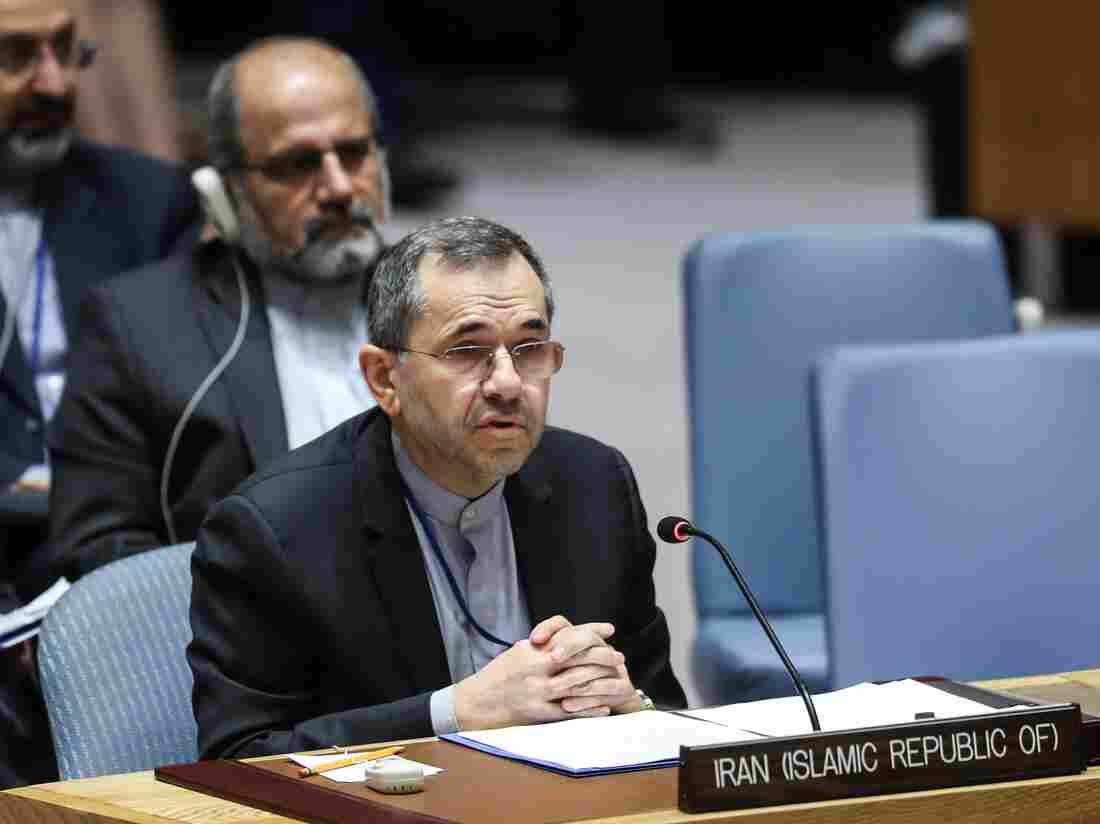 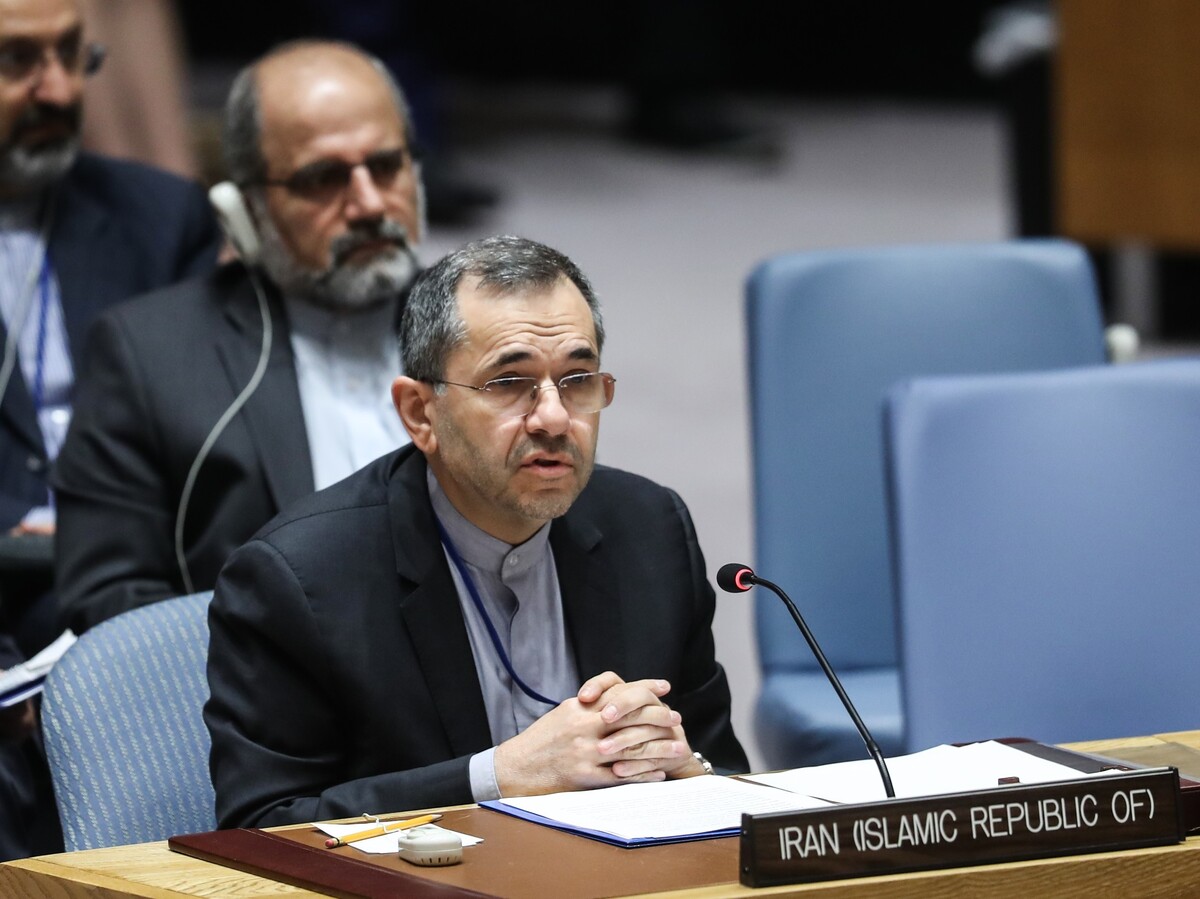 Iran's Ambassador to the United Nations Majid Takht Ravanchi delivers a speech in June during a U.N. Security Council meeting.

Iran's U.N. ambassador tells NPR that Tehran has no plans to step up a confrontation with the U.S. after it fired missiles at U.S. military bases in Iraq in "a measured, proportionate response" to the assassination of Maj. Gen. Qassem Soleimani.

However, Majid Takht Ravanchi, speaking to Morning Edition host Steve Inskeep, says Iran is prepared for further action if the U.S. renews its aggression. He also denied the Trump administration's assertion that Soleimani, the commander of Iran's Quds Force, had been plotting an attack on U.S. persons or interests.

Ravanchi said Iran had "acted in accordance with our rights based on the United Nations charter" in the attack early Wednesday morning local time that targeted the Ain al-Assad air base in Iraq and a second U.S. base at Irbil with some two dozen ballistic missiles.

"As far as Iran is concerned, that action was concluded last night," he said.

Asked whether Iran was finished with its retaliatory actions, he said, "It depends on the United States."

"If the U.S. ventures to attacking Iran again, definitely proportionate response will be taken in response to that attack," the U.N. envoy said.

In a nationally televised address on Wednesday, President Trump said that Iran appeared "to be standing down" after the attacks on the U.S. bases, in which he said "no Americans were harmed."

There was reportedly only moderate damage at the bases, leading some analysts to speculate that Tehran responded in such a way as to deliberately avoid casualties.

Even so, some experts have warned that Iran's missile attack could be a prelude to more attacks against the U.S. carried out instead by Tehran's proxies in the region.

Ravanchi tells NPR that Iran is "not responsible for any other people to do whatever they're going to do."

"I am not suggesting anything to accept or to reject any sort of actions by others," he said.

Trump has maintained that an American drone strike last week in Iraq that killed Soleimani was triggered by intelligence that the Quds Force commander was in Iraq as part of preparations for an attack directed at the U.S. In his Wednesday address, the president reiterated that "the world's top terrorist," as he described Soleimani, "should have been terminated long ago."

But Ravanchi said it was the duty of the U.S. "to prove" its claim that Soleimani was planning to kill Americans.

Instead, it is the U.S. that "had been plotting to kill Qassem Soleimani for quite some time," he said. "It is crystal clear that they wanted to kill him a few months ago."

Asked why the Iranian general was in Baghdad last week, Ravanchi denied that it had anything to do with a plot against the U.S.

"He was there to help the Iraqi armed forces to fight terrorists, at the invitation of the Iraqi government," he said, adding that Soleimani had been "instrumental" in defeating the Islamic State in Iraq and Syria and al-Qaida in Afghanistan.