Accessibility links
Pelosi Expects To Send Impeachment Articles To Senate 'Soon' For weeks, the House speaker has refrained from sending the articles to the Senate, saying she needed details on how an impeachment trial would work. But Thursday, she indicated she would soon relent. 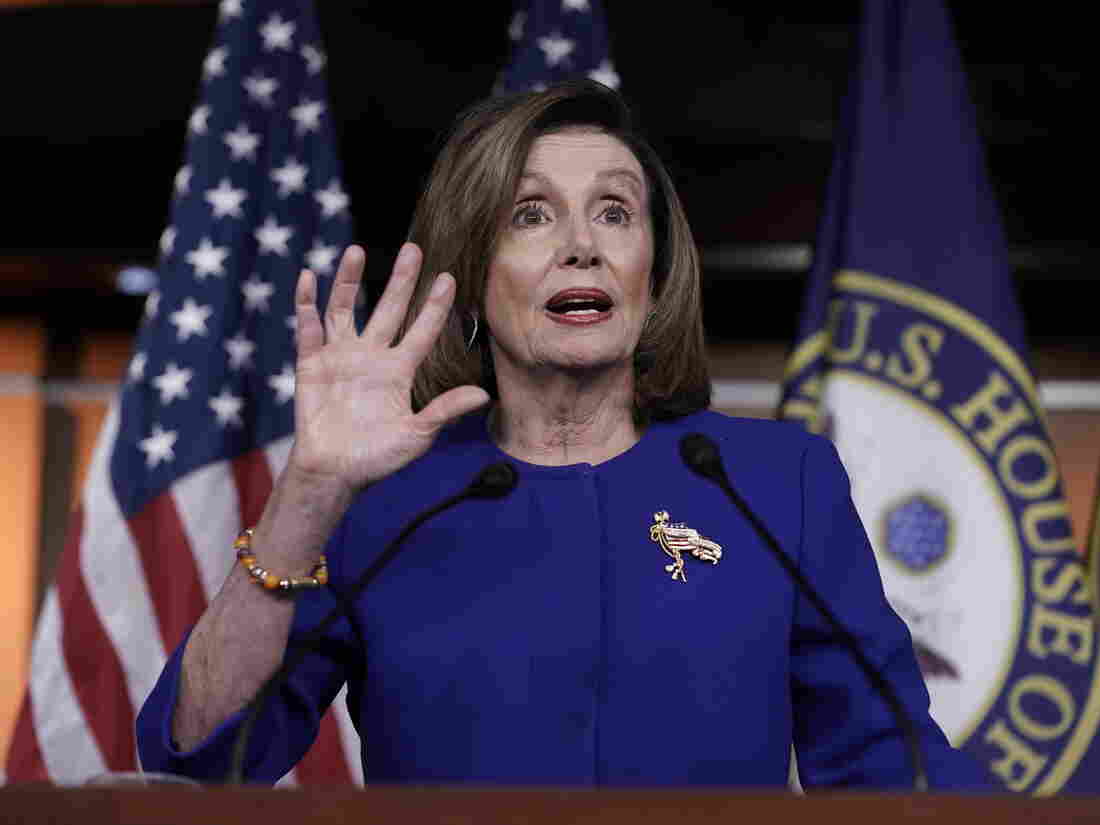 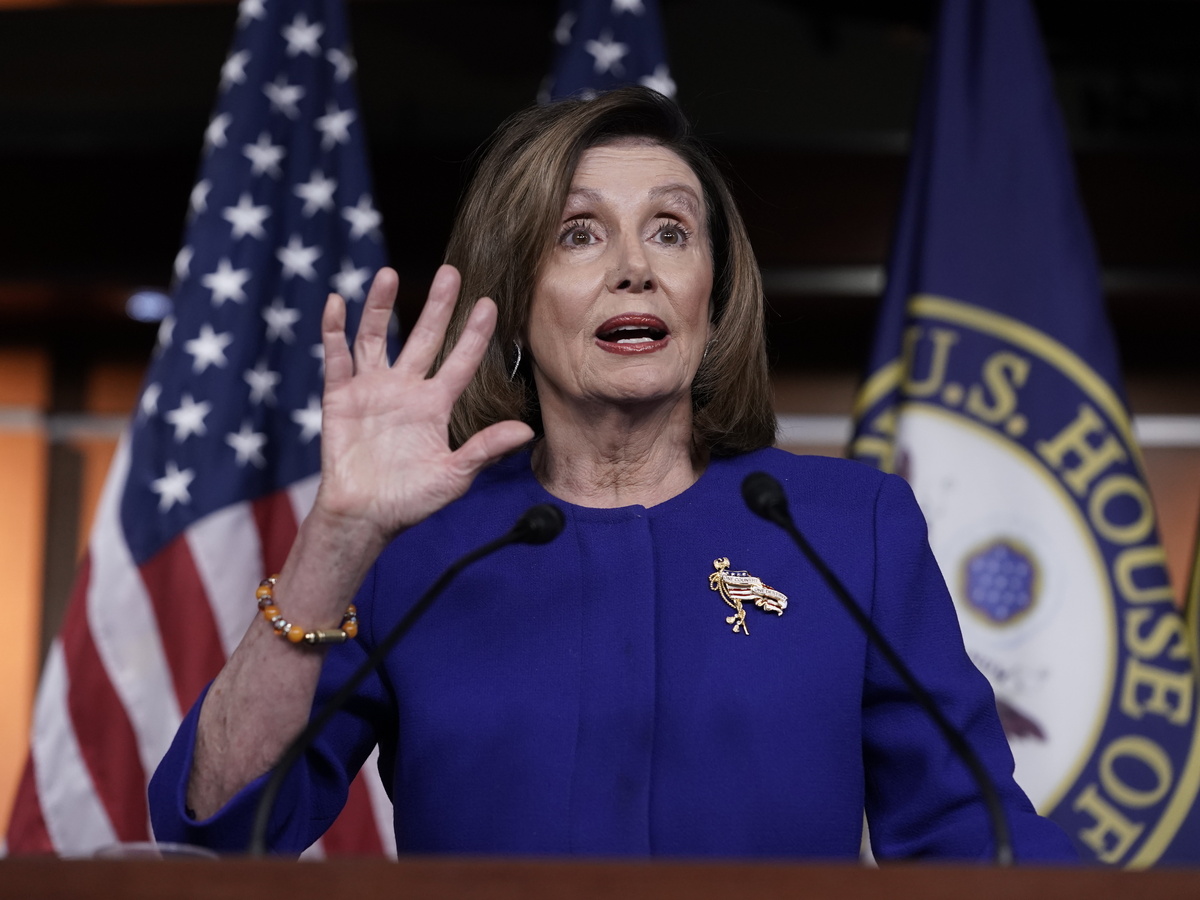 House Speaker Nancy Pelosi says she will send the Senate the articles of impeachment "soon."

House Speaker Nancy Pelosi, D-Calif., said she expects to release her hold on the two articles of impeachment against President Trump "soon," but for now, she is still holding out to learn more about how Republicans plan to conduct a Senate trial.

"No, I'm not holding them indefinitely," Pelosi told reporters Thursday at a weekly press conference. "I'll send them over when I'm ready. That will probably be soon."

Pelosi refused to give any additional information about the timing, saying Democrats want to know what Senate Republicans are "willing to do and when they're willing to do it."

Republicans have criticized Pelosi for refusing to take the procedural action of sending the articles to the Senate. The House approved the two articles — abuse of power and obstruction of Congress — largely along party lines on Dec. 18.

Senate Majority Leader Mitch McConnell, R-Ky., attempted to force Pelosi to drop her hold on Tuesday when he announced plans to approve Senate trial rules without the help of Democrats.

Pelosi reiterated Thursday that she wants more information on what those rules would include. But she also indicated that she was not planning a fight over the details.

At the core of the disagreement is who — if anyone — would act as witnesses during the trial. Democrats want a deal on that upfront, while McConnell wants to sort the issue with additional votes after the first phase of the trial, including opening arguments and a period allowing written questions from senators to both the prosecution and the defense.

Democrats want to call four witnesses, including acting White House chief of staff Mick Mulvaney and former national security adviser John Bolton. They also want an agreement to admit new reporting that has been released in recent weeks on the timing of Trump's decision to end a hold on foreign aide to Ukraine.

Pelosi's hold on the articles was designed to give Senate Minority Leader Chuck Schumer, D-N.Y., more time and space to build pressure on McConnell to include witness testimony as part of the rules governing the process.

McConnell has defended his proposed approach, saying it mirrors the impeachment trial of President Bill Clinton. Democrats say it is an unfair comparison because during the Clinton trial, the Senate was considering re-calling witnesses who had already testified before the House. This time, Democrats want to hear from people whose testimony the Trump administration has blocked.

"We will not let them say this is just like Clinton. Fair is fair — it is not," Pelosi said. "Documentation, facts, witnesses, truth. That's what they're afraid of."

As she held back, a small group of Senate Republican moderates did express interest in hearing from witnesses, but they ultimately backed McConnell's framework.

Schumer would need four GOP senators to join with the entire Democratic caucus to foil McConnell's strategy of passing rules without sorting the witnesses. He has been unable to persuade any to break with the top Republican leader.

Pressure on Pelosi began to grow from fellow Democrats soon after it became clear they would not be able to force McConnell to negotiate on the terms of a trial.

"I respect the fact that she is concerned about the fact about whether or not there will be a fair trial. But I do think it is time to get on with it," Sen. Chris Coons, D-Del., told Politico on Wednesday.