Accessibility links
Sen. Mike Lee: White House 'Cavalier' About Constitution, Backs Curbs on Trump Republican Sen. Mike Lee of Utah calls a briefing on Iran with White House officials "an unmitigated disaster" and is seeking to reassert Congress' role in authorizing the use of military force. 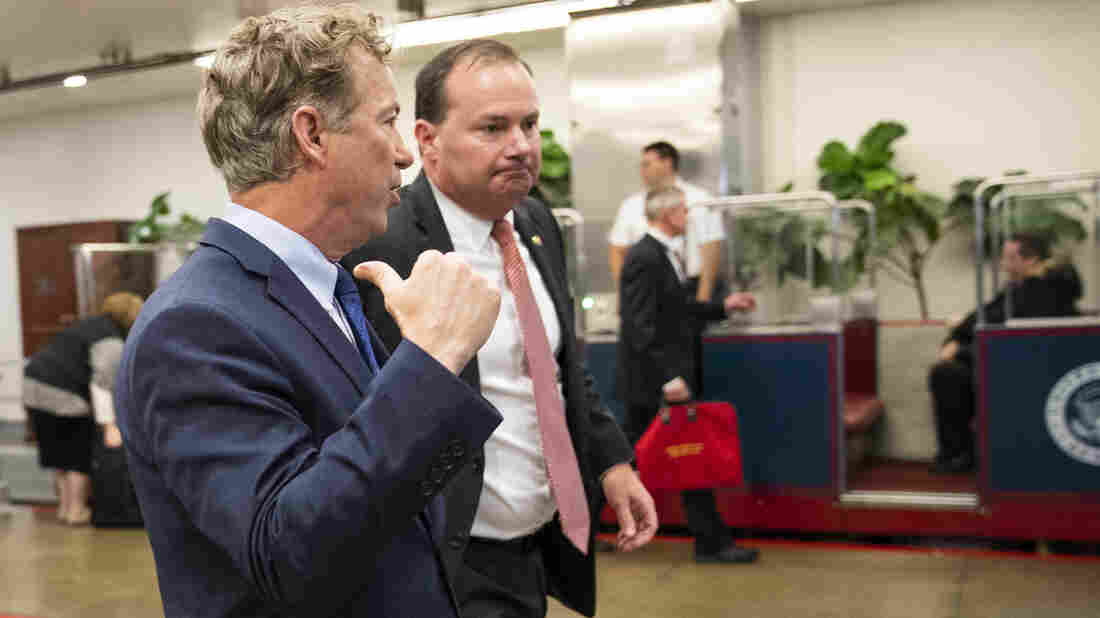 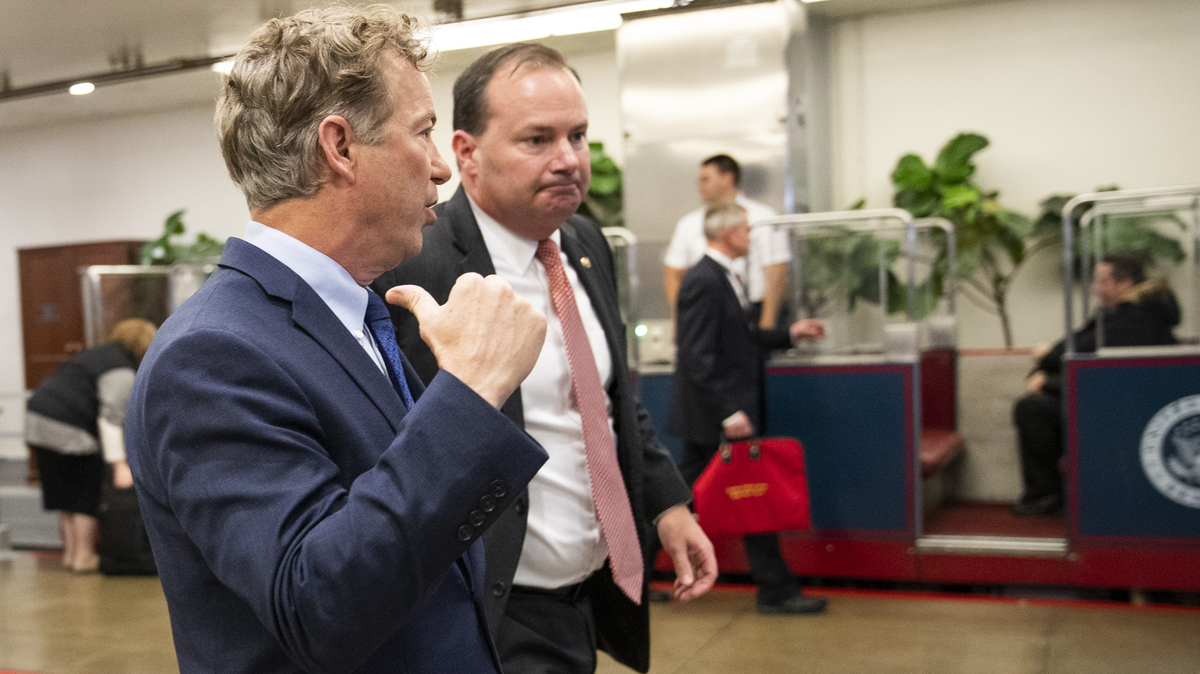 GOP Sen. Mike Lee of Utah says he found a classified military briefing from administration officials Wednesday so "upsetting" that he will now back a proposal to limit President Trump's power to take military action against Iran and to reassert Congress' role in authorizing the use of military force.

Lee says the Senate briefing about the military strike that killed Iranian Maj. Gen. Qassem Soleimani was led by administration officials, including Defense Secretary Mark Esper, Secretary of State Mike Pompeo and CIA Director Gina Haspel. He said the briefers instructed lawmakers not to ask tough questions about the president's ability to use military force against Iran.

"It was terrible. It was an unmitigated disaster," Lee told Morning Edition host Rachel Martin on Thursday.

Lee says his frustration is not over Soleimani's killing.

"It was instead about the possibility of future military action against Iran. And it was on that topic they refused to make any commitment about when, whether and under what circumstances it would be necessary for the president — for the executive branch of government — to come to Congress seeking authorization for the use of military force," he says. "I find that unacceptable."

Lawmakers pressed the administration officials on scenarios and circumstances that would require a congressional authorization for use of military force. They refused to answer, Lee says. "I think it was unprofessional, inappropriate and reflective of a certain cavalier attitude toward the Constitution," he says. "Ours is not a system in which we can be taken into war by the executive, and it never should be."

Lee told NPR that at least one of the briefers discouraged a public congressional debate that would limit the president's ability to deploy military force against Iran, because it might "embolden the Iranian regime."

Lee says the meeting changed his mind about whether he should support limits on the president's military authority. Before the meeting, he was not sure whether he'd support a war powers resolution. After the meeting, Lee says, he's going to support one proposed by Democratic Sen. Tim Kaine of Virginia. "Not only will I be voting for it — I'll be a co-sponsor of it." Only two Republicans — Lee and Sen. Rand Paul of Kentucky — have signaled support for Kaine's resolution. Senate Democrats need two more Republican votes to pass it.

After a House briefing with officials, Democrats were still skeptical of the administration's justification that the U.S. was acting in self-defense when it issued the drone strike that killed Soleimani. The briefing came the day after Iran retaliated, issuing missile attacks on U.S. troops in Iraq.

In the House, Speaker Nancy Pelosi has scheduled a Thursday debate on a resolution to limit Trump's war-making ability.

Trump defended Wednesday's Capitol Hill briefings. "I had calls from numerous senators and numerous congressmen and women saying it was the greatest presentation they've ever had," the president told reporters.

An earlier version of this story misstated Mark Esper's first name as Mike.