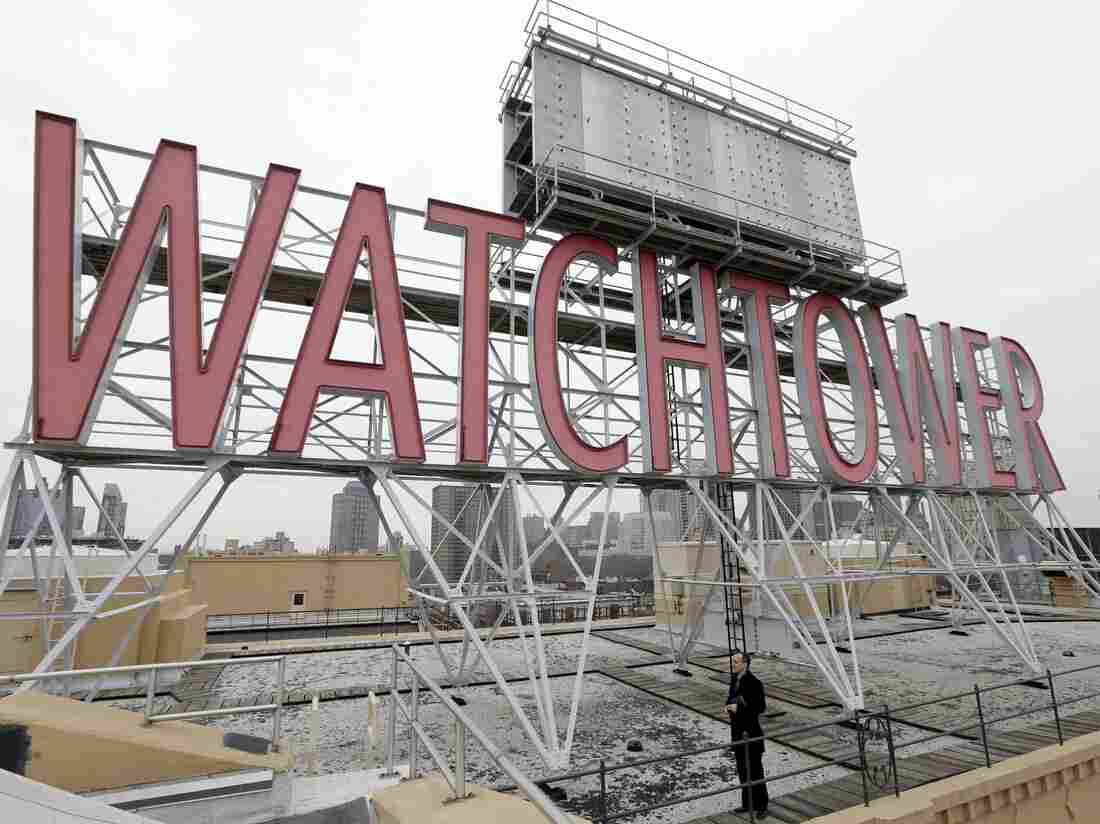 Two women who were sexually abused as children say the Jehovah's Witnesses failed to report their abuser to authorities in Montana and instead expelled him from the congregation as punishment until he repented. Pictured, in 2015, is a sign atop the then-world headquarters of the Jehovah's Witnesses in New York. Seth Wenig/AP hide caption 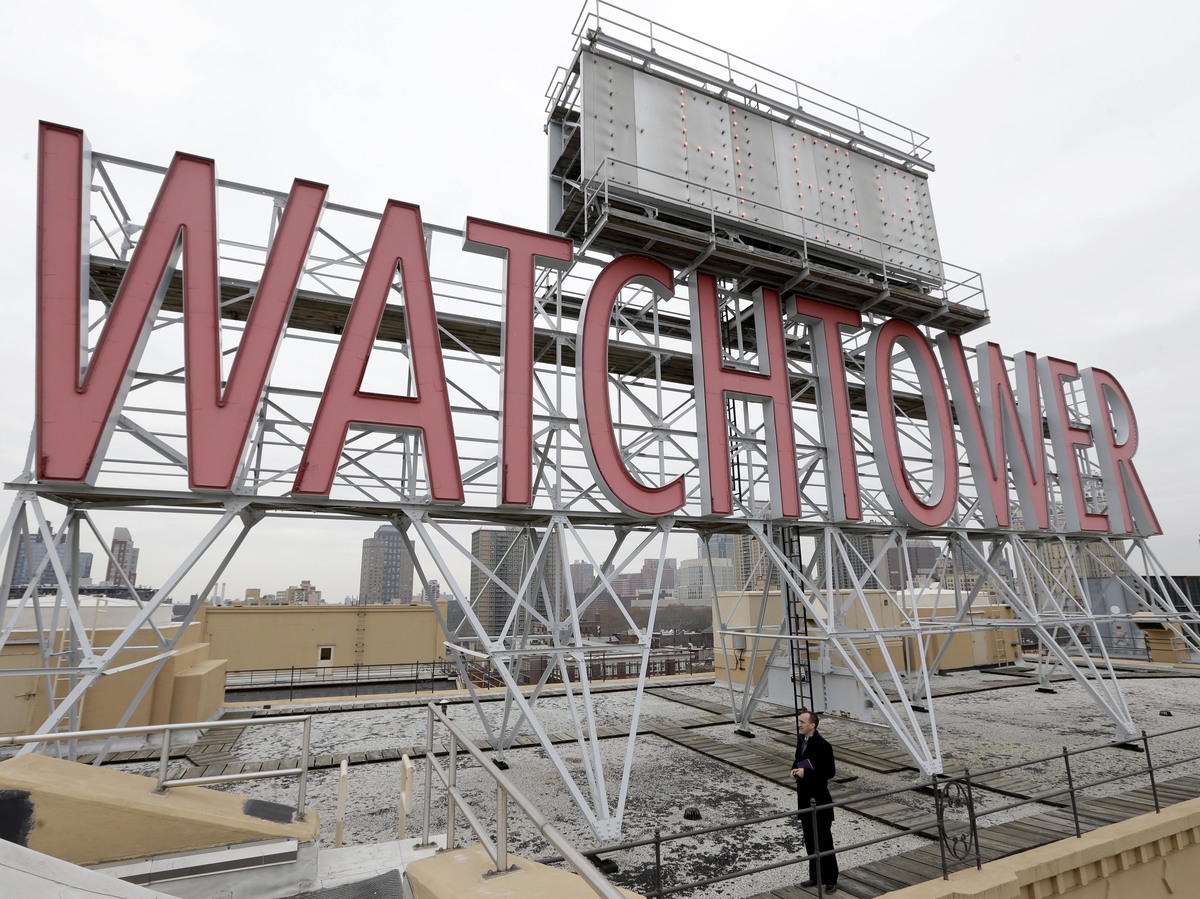 The Montana Supreme Court has reversed a $35 million judgment against Jehovah's Witnesses for failing to report child sexual abuse.

A lower court had found that the church illegally failed to report a child sexual abuser to authorities, which allowed him to continue sexually abusing another child.

The unanimous decision from seven state Supreme Court justices found that religious authorities are not always obligated to report child sexual abuse to authorities due to an exemption in Montana state law.

"This is a very disappointing decision, particularly at this time in our society when religious and other institutions are covering up the sexual abuse of child victims," Neil Smith, a lawyer for the women who were abused as children, said in a statement.

Lawyers for the Jehovah's Witnesses did not immediately respond to NPR's request for comment. "No child should ever be subjected to such a debased crime," lawyer Joel Taylor said in a statement to The Associated Press. "Tragically, it happens, and when it does Jehovah's Witnesses follow the law. This is what the Montana Supreme Court has established."

Jehovah's Witnesses have come under scrutiny in other states and countries for the handling of child sexual abuse claims. For example, a 2016 inquiry by a royal commission in Australia found that the Jehovah's Witnesses organization there had recorded allegations of child sexual abuse against 1,006 members — but the investigators found no evidence that it revealed any of the reports to authorities.

The court's opinion states that Holly McGowan told local Jehovah's Witnesses elders in 1998 that she was being abused by her stepfather, Maximo Reyes, who had married her mother four years before. But because Reyes did not confess and McGowan did not have a second witness to her allegations, she was told that the elders could not take further action. According to the opinion, the abuse "escalated to numerous incidents of rape."

Six years later, her brother told an elder that their stepfather had also sexually abused him. McGowan provided a letter to back up his claims, acting as a second witness. The elder did not report the allegations to authorities but convened a committee that banished Reyes from the congregation. They reinstated him just over a year later at his request, according to the opinion.

In 2002, Reyes also started molesting Alexis Nunez, the niece of McGowan and her brother. "Alexis was five years old when Maximo's abuse began and ten years old when it ended," the opinion states. It says the abuse happened on a weekly basis.

In her 2016 lawsuit, Nunez accused the church of negligence for failing to report her uncle's child abuse report to authorities. The court ruled that the Jehovah's Witnesses illegally failed to report the abuse, and the jury awarded her $4 million in actual damages and $31 million in punitive damages.

NPR does not typically name survivors of sexual abuse without their permission. The law office representing Nunez and McGowan said they are supportive of their names appearing in the press on this matter; McGowan's brother is not party to this case.

In the court's opinion on Wednesday, Justice Beth Baker wrote that the church was not a mandatory reporter of abuse because of the exception in the state law. The law states that "a member of the clergy or a priest is not required to make a report under this section if the communication is required to be confidential by canon law, church doctrine, or established church practice."

The opinion finds that Jehovah's Witnesses maintain confidentiality as part of their religious canon or practice unless they are required by state law to report child abuse to authorities. Nunez's lawyers have argued that "because the decision to report child abuse to local authorities ultimately lies within the discretion of each elder, confidentiality is optional, not required," the opinion states.

State laws vary widely about whether clergy members are required to report child abuse and neglect. According to the Children's Bureau, which is a part of the U.S. Department of Health and Human Services, about 18 states require any person who suspects child abuse or neglect to report it — and that appears to include clergy.

Some states require clergy to report but provide exceptions for certain kinds of privileged communications, such as confessions. Generally, that privilege is "not absolute," the Children's Bureau states. While it is "frequently recognized within the reporting laws, it is typically interpreted narrowly in the context of child abuse or neglect."