Accessibility links
Cabaret Performer Thanks His Elementary School Music Teacher For Giving Him A Voice Russell King, a cabaret performer who has a drag character, tells a former music teacher she helped him feel comfortable being himself. "[H]ow fortunate I was to have influences like you," he says.

Listen · 3:05 3:05
Cabaret Performer Thanks His Elementary School Music Teacher For Giving Him A Voice 3:05 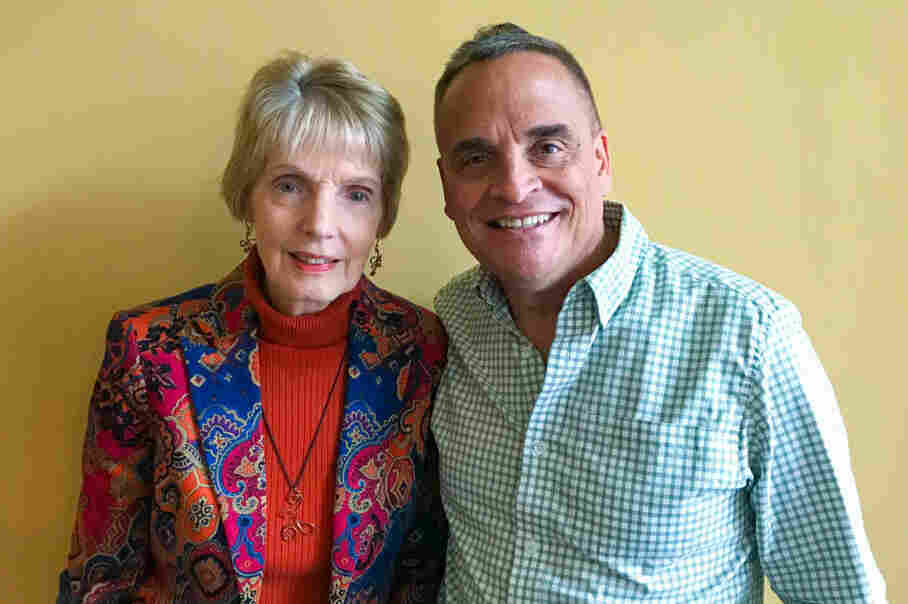 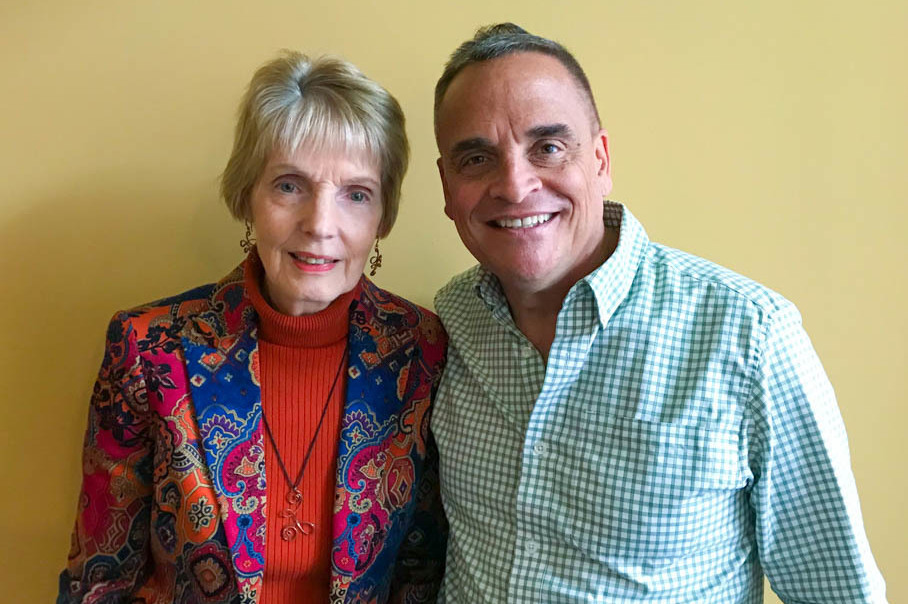 Paige Macklin (left) and her former music student, Russell King, at their StoryCorps interview in Nov. 2019 in St. Paul, Minn.

As a young boy growing up in Minneapolis during the 1970s, Russell King knew he wasn't into the things most other boys liked.

"I didn't really like sports, and I liked to play with the girls," King, now 57, said on a visit to StoryCorps this past November. King liked dolls, but he got the message early that because he was a boy, he wasn't supposed to.

"I remember a time when I was playing with dolls, as a little boy about 6 years old, and my mother saw me, and she talked to my father about it," he said. "My father got home, and then he, in no uncertain terms, said, 'Boys don't play with dolls.' "

But in elementary school, one role model inspired the opposite message: King's music teacher, Paige Macklin. Macklin had tapped him to sing the young boy part in the song "William's Doll" for a concert around the music from the Marlo Thomas-produced children's album, Free To Be ... You and Me.

It couldn't have been a more fitting song.

Recalling His Inspiration, A Neurosurgeon Thanks A Teacher

" 'William's Doll' dealt with him wanting to play with a doll and everybody saying 'no,' " King said.

Suddenly, he didn't feel so alone. "I realized, 'Wow, somebody else has these feelings. This isn't just me,' " King said.

She couldn't have guessed at the time that King's voice would lead him to the stage, where he performs cabaret in drag as Miss Richfield.

"As a teacher, you don't know how you might have influenced, and in this case, not in any way that I would have expected," Macklin, now 75, told King.

"You didn't expect the soloist in 1974 to turn out to be a big drag character?" King said with a laugh.

Singing that song allowed him to be comfortable with being himself, he said.

"As that little 6-year-old boy, I couldn't be a little kid I wanted to be," King said. "I wasn't supposed to like dresses and fabric and color, and all these things I liked, you know? And I knew I did, but I knew I couldn't be myself. I couldn't really have a voice, and singing that song gave me a voice."

King told his former teacher that he's grateful to her for what she inspired in him.

"I look back on my life and I think how fortunate I was to have influences like you," he said. "And it's just so rare you get a chance to say thank you. So, thank you."