Accessibility links
'The Outsider' Review: Stephen King's Novel Gets A Serious HBO Adaptation A 10-part series based on the 2018 novel centers on the murder of a young boy — then spirals out to draw connections between our inner demons and the ones roaming out in the world. 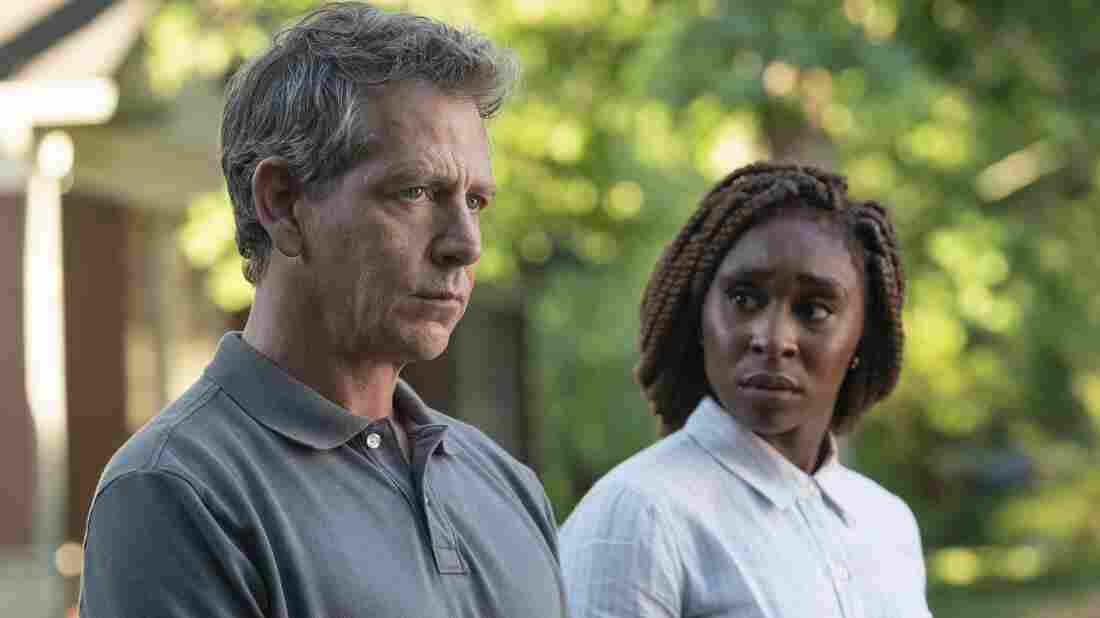 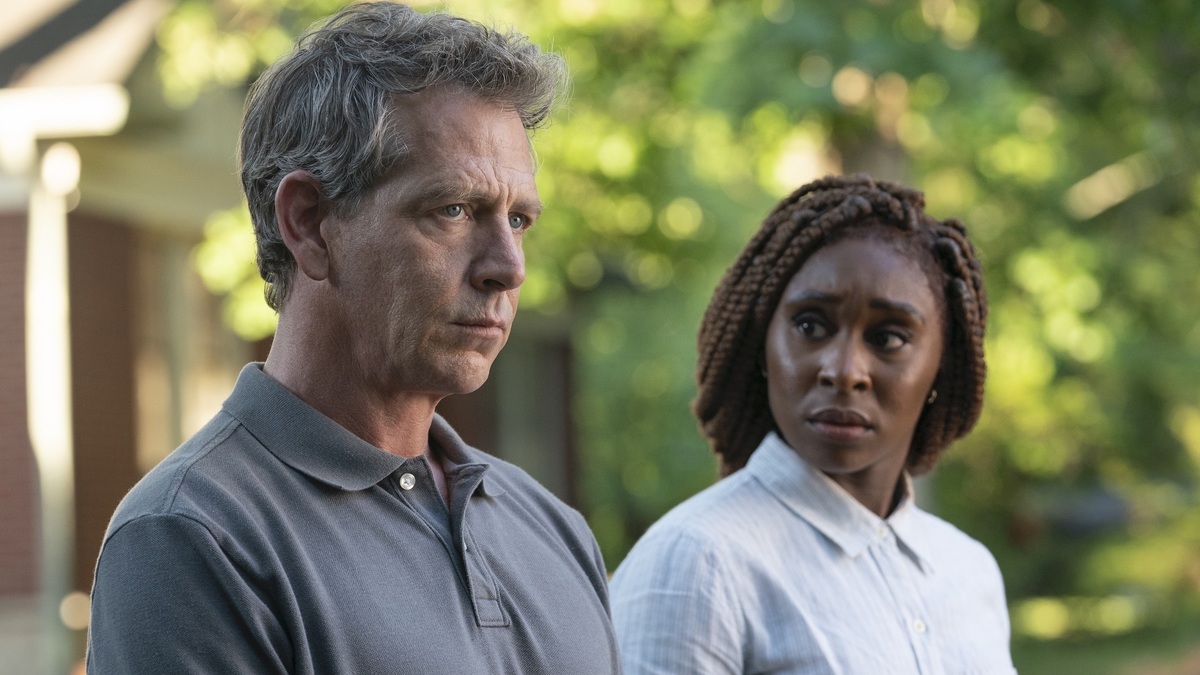 If I had to make a list of the most important figures in pop culture over the last half-century, I would put Stephen King near the top. Since publishing his first novel, Carrie, in 1974, the 72-year-old writer has been a literary juggernaut whose books have spawned more than 20 TV shows and more than 40 movies. Still going strong, King is best known for tapping into and exploring that most primal of emotions — fear. Fear of madness and menstrual blood, fear of killer clowns and demonic pets, fear of addiction and entrapment.

Such fear takes the form of a slow-building dread in The Outsider, the new 10-part HBO series based on King's 2018 novel of the same title. Although this adaptation is too well-heeled for its pulpy material, the show has a terrific plot hook, and once I made peace with its moody rhythms, I found myself hooked, devouring the six hours available for preview in two nights.

The Outsider begins with the discovery of a slain, sexually assaulted 11-year-old boy in the Georgia woods. The investigation is led by righteously angry police detective Ralph Anderson, who's mourning the recent death of his own teenage son. Ralph is played by grizzled Ben Mendelsohn, a superb Australian actor.

The evidence quickly leads Ralph to arrest Terry Maitland (Jason Bateman), a beloved local schoolteacher who coached Ralph's son in Little League. The case against him seems open and shut: Witnesses put Terry at the scene, video footage confirms it, as do the DNA samples. There's just one problem, a huge one: Other witnesses – backed by video footage — put Terry in a full room in another city at the time of the killing.

Faced with a baffling enigma, Ralph enlists the help of Holly Gibney, a socially awkward private eye with astonishing mental gifts. She's exceedingly well played by British musician and actress Cynthia Erivo, who recently starred in the Harriet Tubman biopic. As Holly pursues leads to other cities and crimes, things get spookier and spookier.

Although The Outsider is no masterwork in a TV era when we expect them, it is a finely tooled series, with the trademark HBO luster, sharply elegant scripts by Richard Price and Dennis Lehane and excellent performances — including by Julianne Nicholson as Terry's wife, Glory, who's furious at what's happening to her husband; Mare Winningham as Ralph's sensible wife, Jeannie, still shell-shocked by the death of their son; and Derek Cecil as a good-hearted ex-cop who is smitten by Holly, a socially maladroit woman whom other men just find weird.

Bateman directed the first two episodes, and he lays down a slow, surprisingly mournful template. Where most thrillers and horror tales don't claim to be more than good trashy fun, The Outsider takes its story seriously — so seriously, in fact, that some viewers may find it pretentious or exasperating. Personally, I thought this approach made an interesting change. Rather than amp things up to make us shriek, the series slowly fuels our anxiety by taking time to make us care about the characters.

Despite its lack of visual ambition, the show works similar terrain to the recent run of art-horror movies like Suspiria, Midsommer and The Lighthouse, all of which care less about making the audience scream in terror than about exploring what underlies the terror. Without giving anything away, I can tell you that The Outsider deals with grief and the horrors unleashed by grieving, as well as the fear of contamination by uncontrollable forces — a fear that influences everything from our immigration policy to the way supermarkets put hand sanitizer by their doors. In the process, The Outsider captures the quality that has always given King's work its seductive power. It draws the connection between our inner demons and the ones roaming out in the world.