Accessibility links
CBP Says Enforcement Actions At U.S.-Mexico Border Down For 7th Straight Month U.S. Customs and Border Protection said there were just over 40,000 cases where someone was apprehended or refused entry at the southern border. 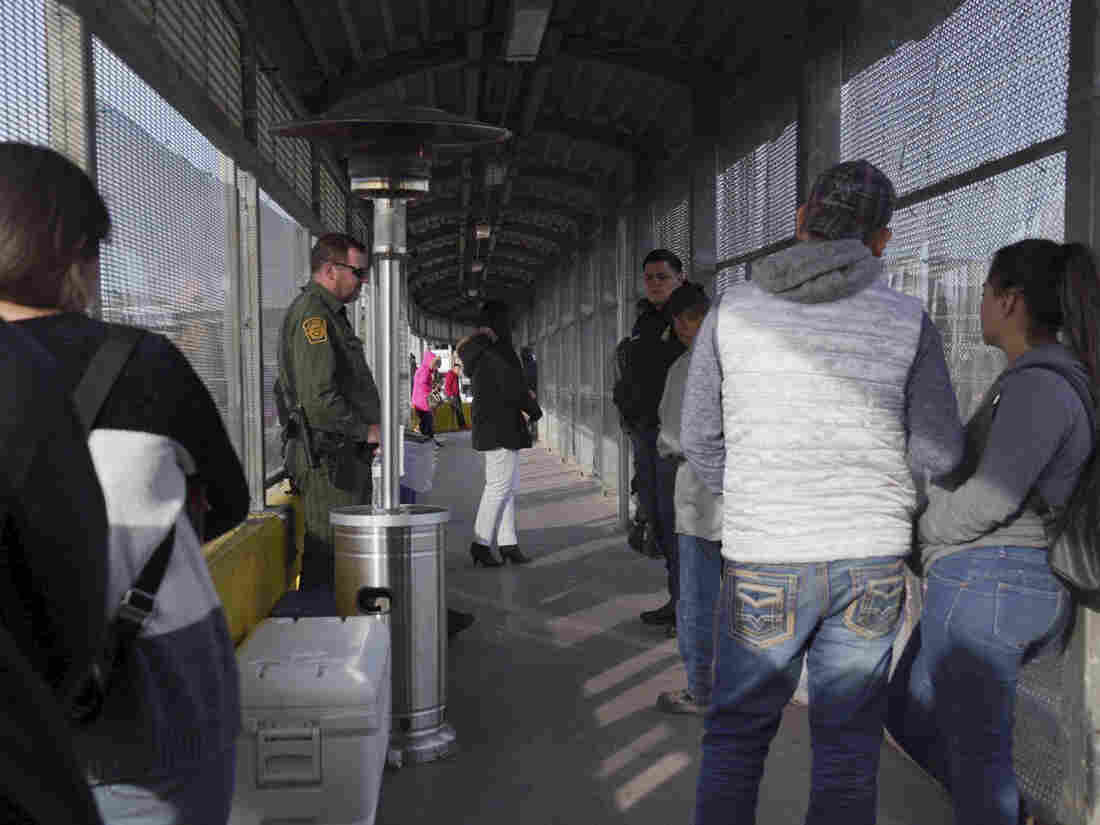 A Border Patrol agent and a U.S. Customs and Border Protection agent oversee the people waiting to cross into the U.S. from Matamoros, Mexico, at the Port of Entry in Brownsville, Tex., Tuesday, last month. Veronica G. Cardenas/AP hide caption 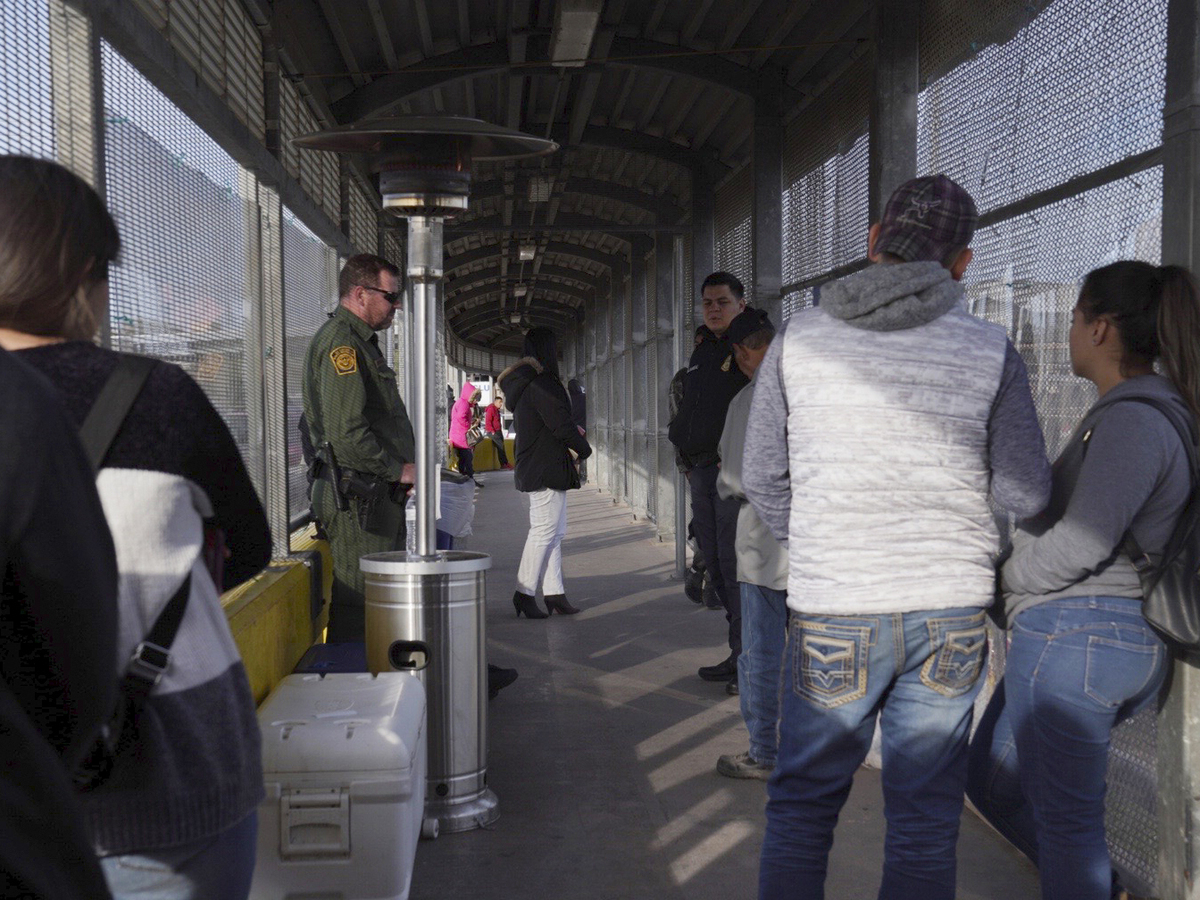 A Border Patrol agent and a U.S. Customs and Border Protection agent oversee the people waiting to cross into the U.S. from Matamoros, Mexico, at the Port of Entry in Brownsville, Tex., Tuesday, last month.

Customs and Border Protection agents apprehended or refused entry to fewer people at the U.S.-Mexico border in December than in the previous month – the latest in a gradual downward trend since such enforcement actions reached a 13-year peak in May amid a Trump administration crackdown.

The decrease of 5% in December, with 40,620 enforcement actions, from 42,651 in November, marks the seventh consecutive month of decline, CBP reports. The agency says 32,858 individuals were apprehended crossing the border illegally and 7,762 were deemed inadmissible at legal ports of entry. Those figures were down from 33,511 and 9,140 in November, respectively.

"This seven month decline is a direct result of President Trump's network of policy initiatives and our ability to effectively enforce the law, enhance our border security posture and properly care for those in custody," said CBP Acting Commissioner Mark Morgan.

However, a comparison of Oct.-Dec. 2018 to the same period for 2019 for apprehensions in specific sectors along the border revealed a slightly more nuanced picture.

While apprehensions of unaccompanied minors were down 37% and families by 64%, the number of single adults detained had increased by 3% for the period, according to CBP data. And while apprehensions had dropped in most border sectors, they showed a marked increase for unaccompanied minors and families in Laredo, Tex., and Tucson, Ariz. and for single adults in Laredo, Del Rio and El Paso in Texas, as well as San Diego.

Single adult apprehensions from Mexico far outpaced those from Central America in the last quarter of 2019, but most of the unaccompanied minors and families still came from Guatemala, with Honduras ranking second for the number of families detained.

Earlier this week, Mexico's government expressed opposition to a White House plan to send asylum-seeking Mexicans to Guatemala rather than back to Mexico.

The plan is based on an interpretation of bilateral agreements the U.S. reached last year with Guatemala, Honduras and El Salvador allowing Washington to send asylum-seekers back to those countries. But last year, the U.S. began sending some from other Central American countries to Guatemala — the only country that made the agreement with Washington that has actually begun accepting them.

Even so, outgoing Guatemalan President Jimmy Morales said Wednesday that his government agreed only to take Salvadoran and Honduran asylum seekers from the U.S., not those from Mexico. He said he would leave the issue to his successor to sort out.

"The cross-border smuggling of illegal drugs continues to threaten communities throughout our nation," said CBP Deputy Commissioner Robert Perez. "The volume of drugs seized is a sober reminder that we are in the midst of a national security crisis on the Southwest Border."

Most of the heroin brought into the U.S. is produced in Mexico and comes across the southern border, while much of the illegal fentanyl originates in China and is smuggled across the U.S.-Mexico border.