Accessibility links
Pelosi To Send Impeachment Articles To Senate Next Week; Trump Legal Team Preps In a letter to House Democrats, the speaker also said she plans to appoint impeachment managers to present the House's case. On the other side, a Trump adviser says his team is ready to go on offense. 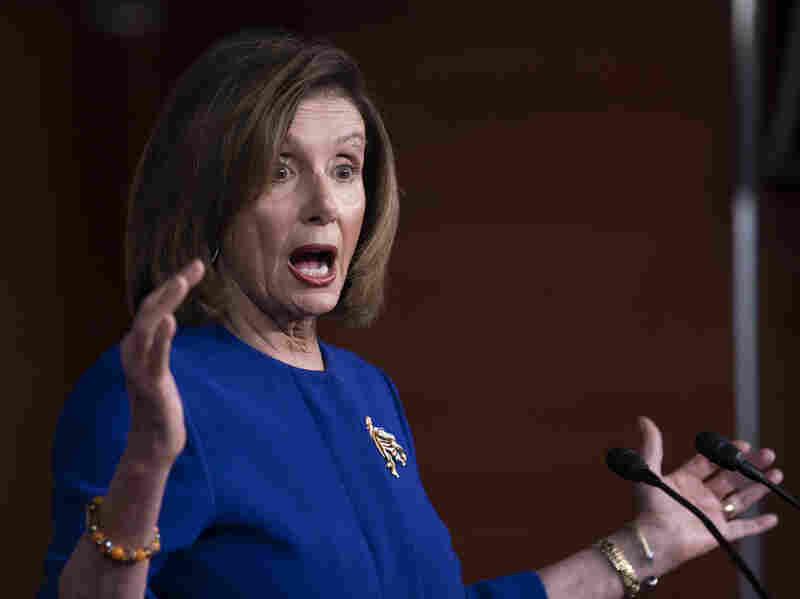 House Speaker Nancy Pelosi, D-Calif., is ending her weeks-long hold on the articles of impeachment, which will trigger the start of the Senate impeachment process. J. Scott Applewhite/AP hide caption 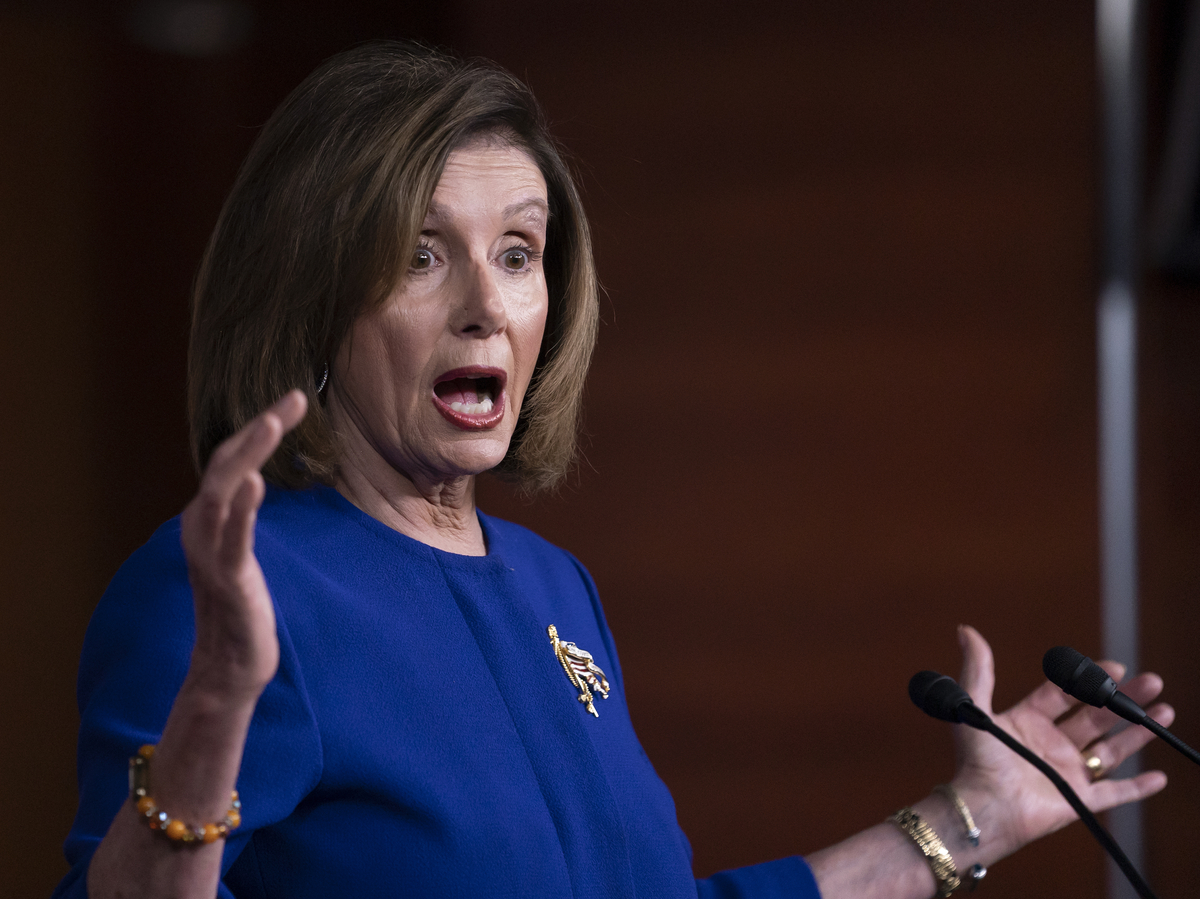 House Speaker Nancy Pelosi, D-Calif., is ending her weeks-long hold on the articles of impeachment, which will trigger the start of the Senate impeachment process.

House Speaker Nancy Pelosi, D-Calif., says she plans to send the articles of impeachment to the Senate next week, despite her ongoing concerns over how Republicans plan to conduct the Senate trial.

Pelosi plans to move ahead by transmitting the articles and naming impeachment managers who will present the House case in the Senate trial. She said in a letter to House Democrats that she would consult with the caucus on Tuesday about next steps.

Asked by reporters on Capitol Hill whether she thought the Senate trial would be "fair," she said no.

Before opening arguments, the Senate still needs to pass a resolution on the trial rules and send a summons to President Trump.

The White House would then respond to the summons, paving the way for the opening of the public trial. The president's legal team was still taking shape in recent days.

"We're ready for it," Conway said of a Senate trial. "And our defense team will go on offense also. This will be our first and best chance to lay out the president's case as well."

Sekulow, who led Trump's defense in the Russia investigation, spent all day Friday at the White House, according to a person familiar with his schedule. It's not clear who else will be part of Trump's impeachment defense team, but during the Clinton impeachment, the president was represented by a large team that included both White House lawyers and private attorneys.

Senate Majority Leader Mitch McConnell, R-Ky., has so far refused to reveal the details of how he plans to manage the trial, including how long it will take to start the trial after Pelosi releases the articles. McConnell has been working closely with Cipollone and other White House staffers on trial strategy and met with Trump earlier this week.

McConnell also announced earlier this week that Senate Republicans have the votes to approve rules for the trial without the help of Democrats, but he gave few specifics about what those rules would include.

McConnell has said he plans to follow the general outline established in the 1999 trial of President Bill Clinton. Those rules, which were approved unanimously in the Senate, gave the House impeachment managers and the president's lawyers each 24 hours of floor time to argue their case. Senators then had 16 hours to ask questions — all before they could vote on calling new witnesses or submitting new evidence into the record.

Democrats say the Clinton comparison does not apply to Trump. At the time, senators were considering re-calling witnesses who had already testified in the House. Democrats now want to call four witnesses, including former national security adviser John Bolton and acting White House chief of staff Mick Mulvaney, whom the White House blocked from participating in the House investigation.

"Feebly, feebly, the majority leader has said this is just like Clinton," Pelosi told reporters on Thursday. "It's exactly not like Clinton in that he won't do a bipartisan agreement on how to proceed. So, that's very important. But it's not incidental to say but for the documentation and witnesses."

Some Republicans, like Sen. Susan Collins, have suggested that they may be open to calling a limited number of witnesses in the Senate. Speaking to reporters in her home state of Maine, Collins said Friday that she is working with a small group of other Republicans on a potential plan for witnesses.

"I am hopeful that we can reach an agreement on how to proceed with the trial that will allow the opportunity for both the House and the president's counsel if they choose to do so," Collins said.

She did not provide further details on whom she is working with or which witnesses they are considering.