Accessibility links
Ukrainian Plane Crash In Iran: Here's What The Available Evidence Shows Video footage and the locations of key Iranian military facilities lend credence to the idea that the jetliner carrying 176 people was accidentally shot down. 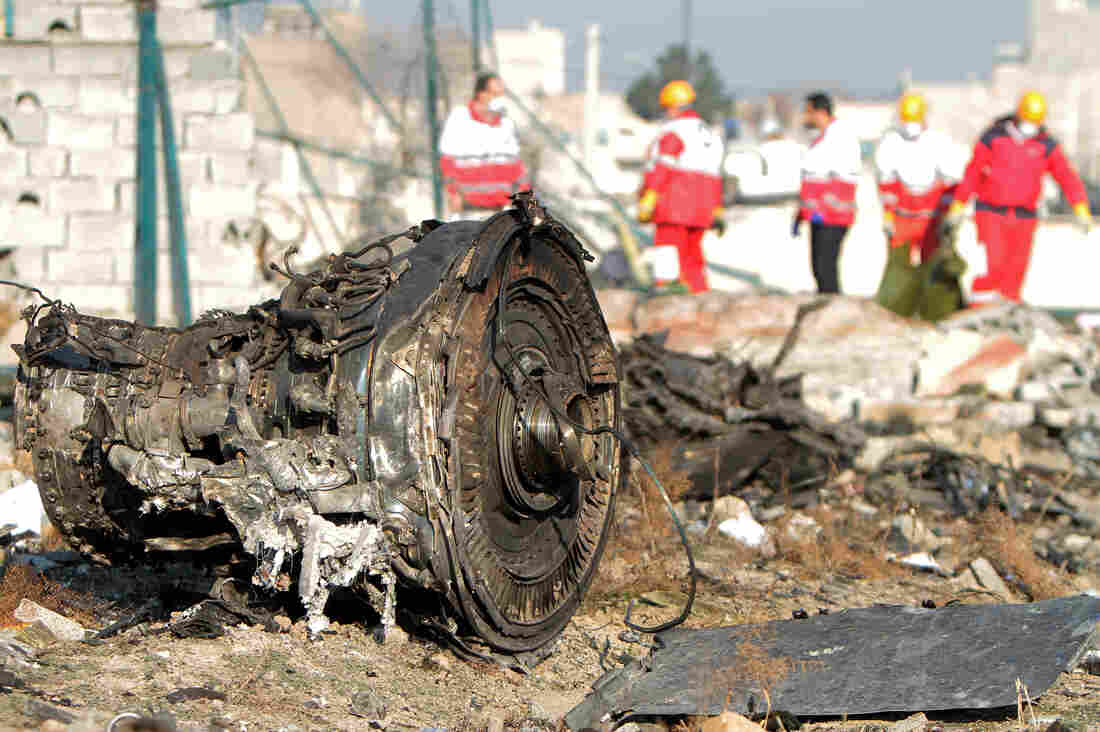 Rescue crews work at the crash site of a Ukrainian airliner that went down shortly after takeoff from Tehran's Imam Khomeini International Airport on Wednesday, killing all 176 people onboard. Mazyar Asadi/Pacific Press/LightRocket via Getty hide caption 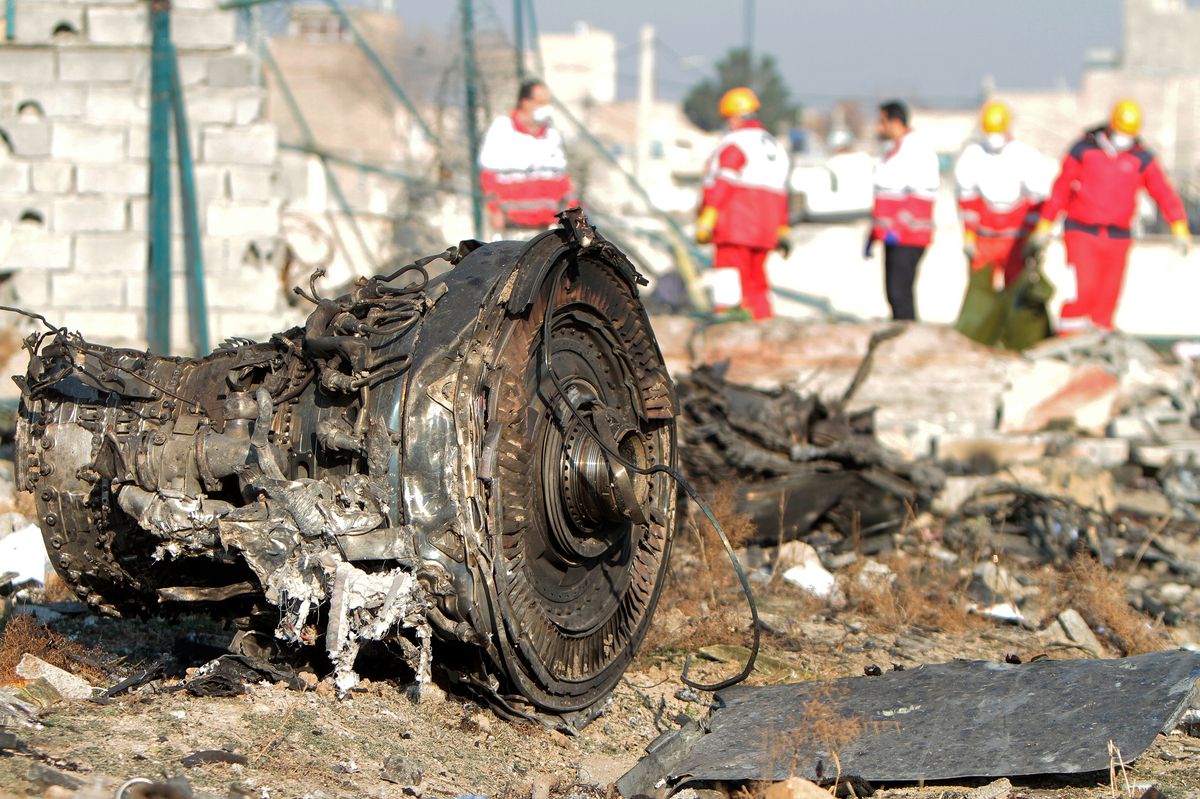 Rescue crews work at the crash site of a Ukrainian airliner that went down shortly after takeoff from Tehran's Imam Khomeini International Airport on Wednesday, killing all 176 people onboard.

On the same night that Iran launched a ballistic missile strike against bases used by U.S. troops in Iraq, a Ukrainian jetliner crashed near Tehran, killing all 176 people onboard. Iranian authorities have said the plane suffered a mechanical failure, but the U.S. and other Western governments believe it was shot down, possibly by mistake.

"The evidence indicates the plane was shot down by an Iranian surface-to-air missile," Canadian Prime Minister Justin Trudeau said during a news conference Thursday. "This may well have been unintentional."

The plane was relatively new, and the flight initially appeared routine

The Boeing 737-800 aircraft was delivered to Ukraine International Airlines in 2016, according to Flightradar24, which tracks commercial aviation in real time. A report from Iran's Civil Aviation Organization indicates that the initial minutes of the flight were routine. The plane departed from Tehran's Imam Khomeini International Airport on Wednesday at 6:13 a.m. local time (9:43 p.m. Tuesday ET). It made a right turn and was climbing when air traffic control lost contact five minutes later. At the time, the plane was at an altitude of about 8,000 feet and traveling northwest.

The nine-member crew, which included an instructor, was experienced, according to the airline. They did not communicate an emergency. It appears the plane turned to the east, possibly in an attempt to return to the airport, before crashing.

Iran's air defense forces were likely on high alert, and military sites were nearby

Just hours before the incident, Iran had launched long-range ballistic missiles into Iraq toward bases hosting U.S. personnel. "The Iranians have been very clear that they were preparing for American retaliation," says Fabian Hinz, a researcher with the Middlebury Institute of International Studies at Monterey who tracks Iranian missile systems. "In such a situation, usually your air defense systems would be on high alert."

Hinz says the area where the Ukrainian plane went down is near several military sites, including a missile research center operated by Iran's Islamic Revolutionary Guard Corps. These are "definitely sites that will be targeted in an all-out war," Hinz says, and as such, they would have been heavily defended on the night of Iran's strike in Iraq.

Hinz adds that air defense units might also be defending Tehran's airport itself, "which is ironic if you think about it."

Video shows what appears to be a missile strike

The video first appeared in Iranian social media and eventually began circulating through the social network Telegram. It shows an object streaking skyward and striking something in a massive explosion.

Researchers with the online investigative group Bellingcat were able to pinpoint the location from which the video was shot, in the town of Parand. "There is a construction site with a few very distinct buildings," says Aric Toler, the group's lead researcher on Eastern Europe and Eurasia. The camera appears to be pointing in the correct direction, showing the missile coming from the north or west, the direction of some of the sensitive Iranian facilities, and what is likely the aircraft coming from the south or east, where the airport is located.

Toler says the time it takes for the sound of the blast to reach the viewer also provides a clue. "If you're watching a storm, you can count how far away the lightning is, based on how long the thunder takes," he says. "It's the same thing with a missile explosion."

The delay between flash and boom shows the explosion took place some 2 miles from the viewer, a good match for where the flight was expected to be. "It is exactly the right distance and path to where the flight path was," Toler says.

The New York Times, which first reported on the video, says the person who captured the video started filming after hearing "some sort of shot fired." NPR was not able to reach people with direct knowledge of the video. 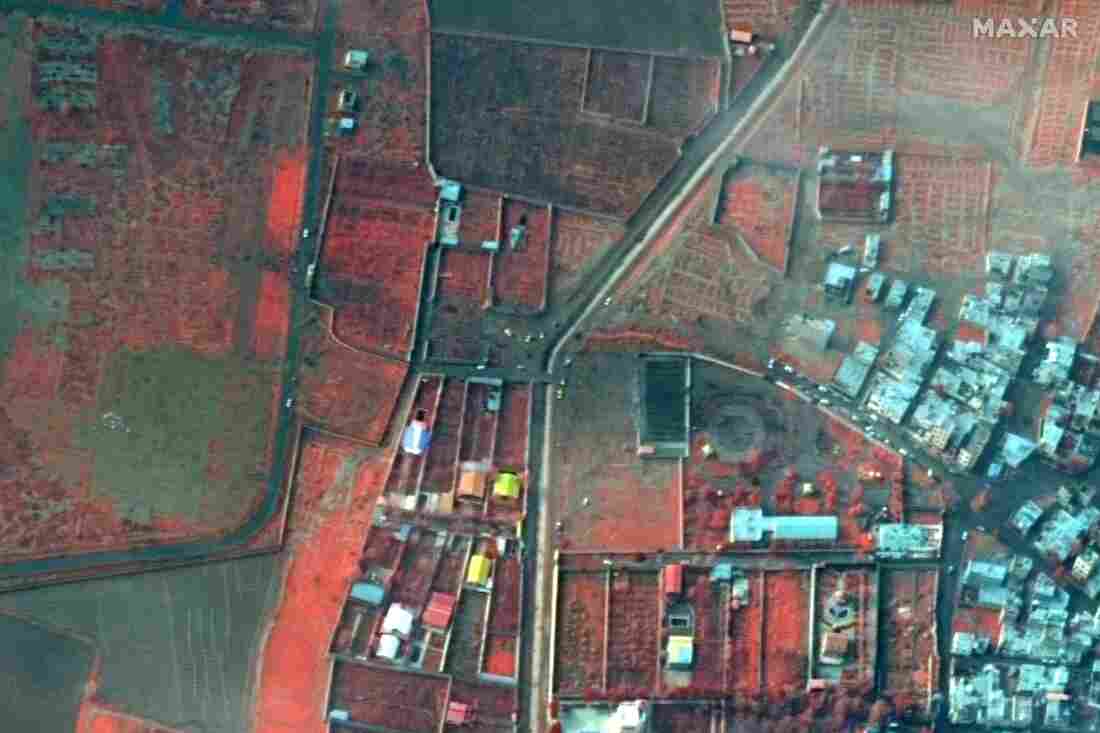 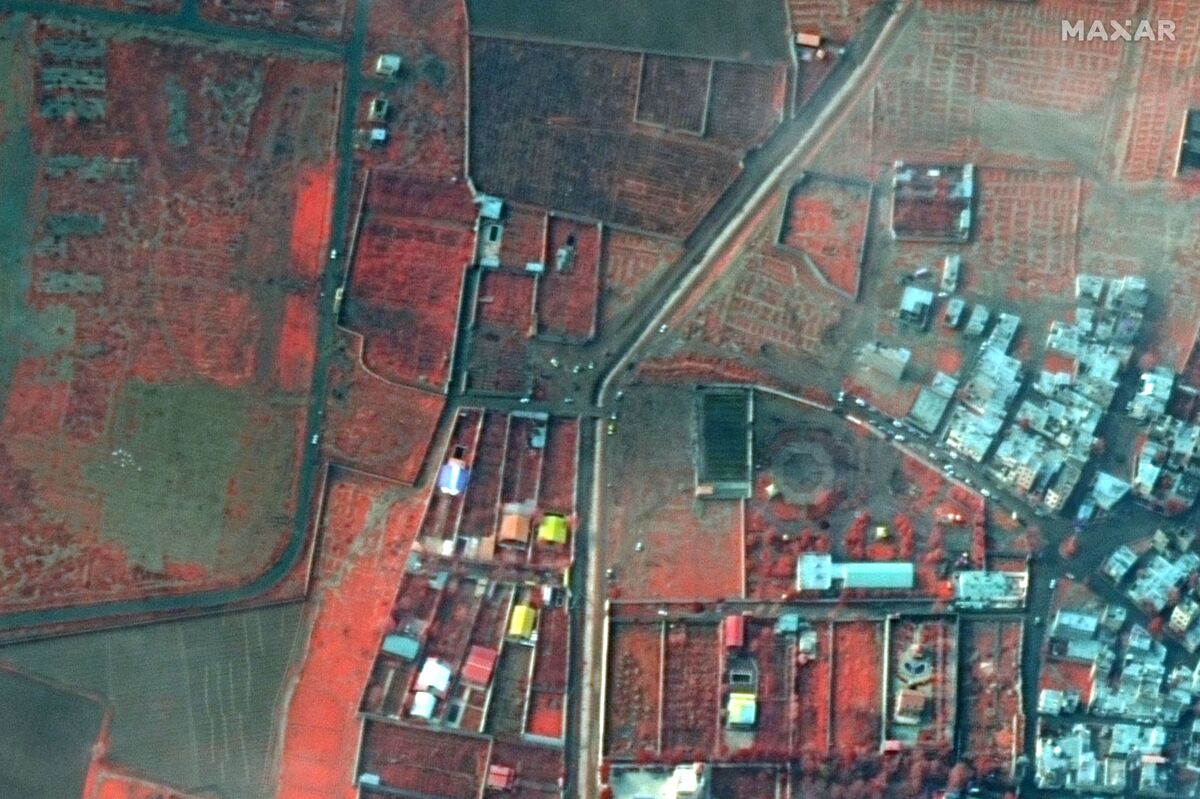 Western governments probably have other evidence

The U.S. has satellites that can detect the heat signatures of missile launches all over the world, according to Brian Weeden, a former Air Force officer now with the Secure World Foundation, a nonprofit that studies security issues in outer space. "Their primary mission was detecting signatures from large rockets, like intercontinental ballistic missiles and space launches," he says.

"They've never really talked about the ability to detect heat from other sources, but there were always hints that they could detect things smaller than a giant space rocket," Weeden says. He believes it's likely that the U.S. can detect the launch of a smaller anti-aircraft missile or the explosion from the aircraft being hit. Weeden says the U.S. also can detect radars used by anti-aircraft batteries from space.

The U.S. military may have also intercepted communications among Iranian forces. Similar communications were released by Dutch investigators after an international investigation concluded that a Russian anti-aircraft battery shot down a Malaysian airliner in 2014.