Accessibility links
Rush Drummer And Lyricist Neil Peart Has Died Peart, who joined the iconic prog rock band Rush in 1974, was 67 years old. He was diagnosed with brain cancer more than three years ago. 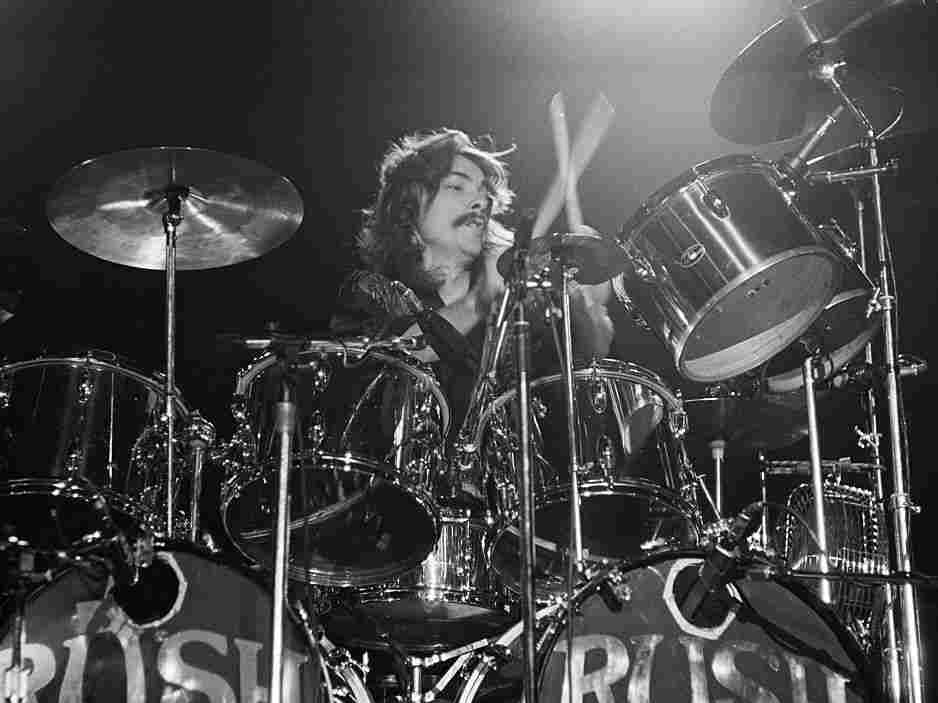 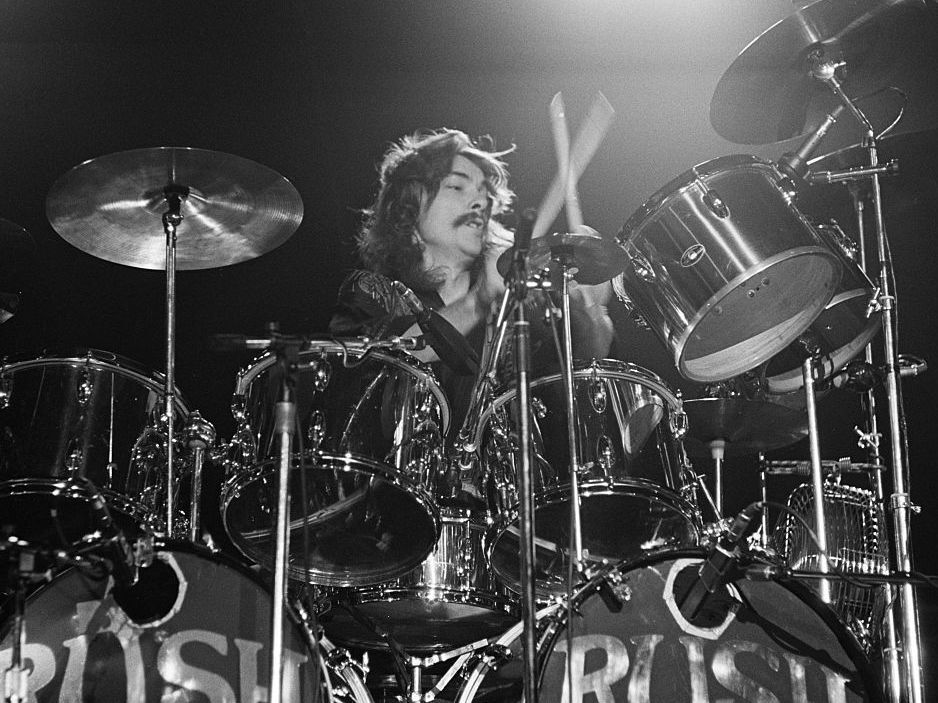 Drummer Neil Peart, on stage with Rush in Springfield, Mass. in 1976.

Neil Peart, the drummer and lyricist for the iconic Canadian prog rock band Rush, has died. He was 67 years old.

His death was announced Friday by spokesperson Elliot Mintz, who said that Peart died on Jan. 7 in Santa Monica, Calif. Peart had been diagnosed with brain cancer three and a half years ago.

On Friday, Rush released a statement: "It is with broken hearts and the deepest sadness that we must share the terrible news that on Tuesday our friend, soul brother and bandmate of over 45 years, Neil, has lost his incredibly brave three and a half year battle with brain cancer (glioblastoma). ... Rest in peace brother."

Canadian Prime Minister Justin Trudeau also saluted Peart on social media. "We've lost a legend," he said in a tweet. "But his influence and legacy will live on forever in the hearts of music lovers in Canada and around the world. RIP Neil Peart."

Peart was first inspired to become a drummer after watching the movie The Gene Krupa Story, as he told NPR's Morning Edition in 2015.

"Drumming completely eclipsed my life from age 13, when I started drum lessons," Peart said. "Everything disappeared. I'd done well in school up until that time. I was fairly adjusted socially up until that time. And I became completely monomania, obsessed all through my teens. Nothing else existed anymore."

The lineup of the Toronto-based Rush was set in stone as a trio when Peart joined the group in 1974, alongside vocalist, bassist and keyboard player Geddy Lee and guitarist Alex Lifeson, six years after Rush's founding. With Peart's arrival, Rush found its emotional, lyrical and musical core, with songs like "Tom Sawyer" and "Freewill" that appealed to generations of fans. Rush was inducted into the Canadian Music Hall of Fame in 1994 and into the Rock and Roll Hall of Fame in 2013.

Onstage, Peart worked hard behind his kit, immersed in the rhythm. "I tend to define it as grim determination," Peart told Morning Edition. "It is very physical and painful. ... The exertion level is very much of an athlete level, so when I see myself, I see a stone face. But it is that kind of immersion. I'll be looking out in between the immersion; I might pop my head out of the water for a second like an alligator, and see people in the audience reacting or holding up a sign or whatever. And that does delight me because, in a larger sense, I'm very much an audience kind of person, more than a performer."

He had announced his retirement in 2015, after which Rush ended its run as a touring and recording band.