Accessibility links
Fed Up With Fundraisers On Facebook? You're Not Alone Facebook fundraisers posted by people on their birthdays exploded over the past year, bringing in a billion dollars for charities. But some Facebook users think it's too much of a good thing. 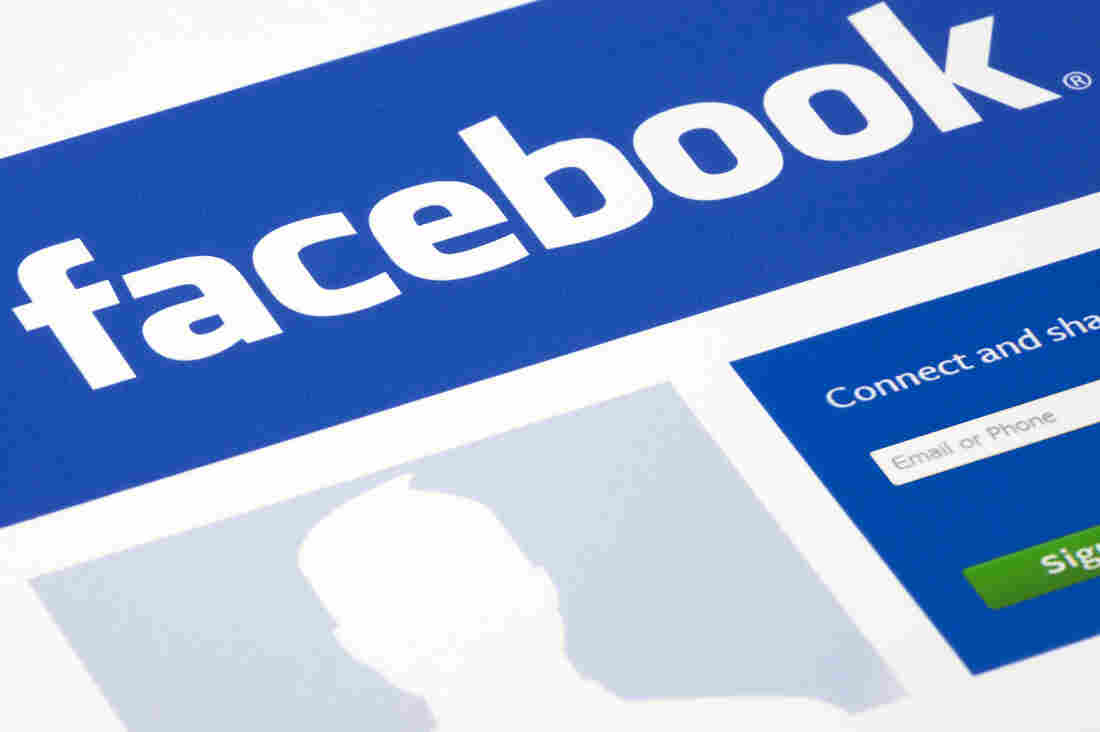 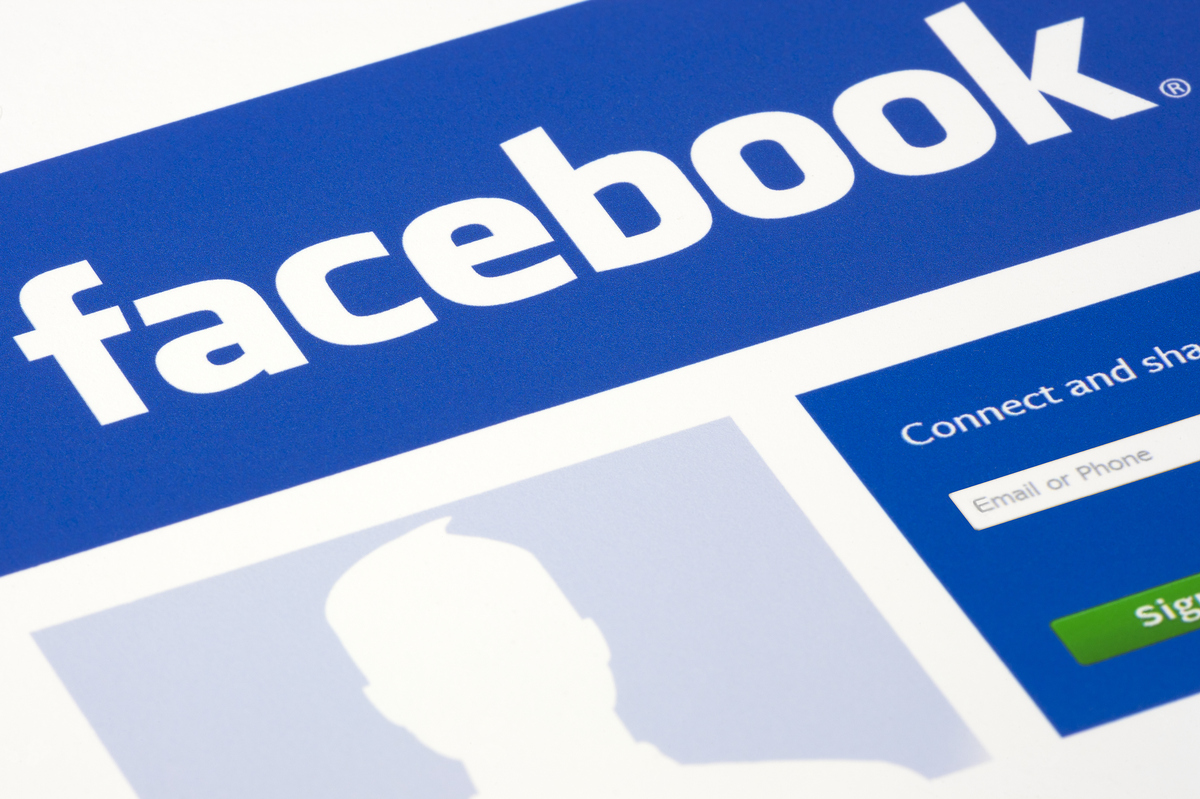 If it seems that your Facebook feed is flooded with as many fundraising appeals for animal shelters, humanitarian groups and cancer researchers as your postbox was in December, you aren't imagining things.

Those birthday fundraisers you've likely seen posted by your friends, tripled over the past year, from $300 million raised for charities in 2017-18, to $1 billion a year later. It's great news for those nonprofits. But some Facebook users think it's getting to be too much of a good thing.

Vinita Kochhar, a 47-year-old marketing executive from New Jersey is one of the many who are making the fundraisers something of a new birthday tradition. When she first heard about a charity raising money for school supplies for children in India, Kochhar felt she had to help.

"It hit me in the heart," she says, "because what we take for granted every single day, I realized very quickly that there are kids that just don't have that at all. A pencil to them is a big deal."

Kochhar also realized how easily she could help; with just a few clicks on Facebook, she posted a fundraiser on her birthday — right when all her friends and family would be reaching out anyway.

"I would get gift cards or clothes or whatnot. So here was my opportunity to say, 'in lieu of gifts, I'm asking for everyone to contribute to the cause that I believe in."

Before Kochhar knew it, her post raised $11,000, prompting the kids in India to send her a Happy Birthday greeting video as a thank you.

"Honestly, I probably felt more fulfilled than I did when we had a huge party," she says. "You know, it's not always just about celebration. It's about having purpose. And this gave me purpose."

Donors are apparently feeling it too.

"I guess I like the feeling that I'm putting my money where my mouth is," says Edward Grant of Berkeley, Calif. The 65-year-old finds it hard to resist when all those fundraisers pop up in his feed.

"There's the man in Colombia, who has an education group for kids who live in the garbage dumps, and there's a dancer who has cancer, and then I see the fundraiser for eradicating cervical cancer in the developing world. They're working miracles," Grant says while scrolling back through scores of causes in his feed that he's contributed to.

"Oh my goodness," he laughs. "I guess there are more than I realized."

"It's like an avalanche," grumbles Carolyn Toll Oppenheim, a retired journalist in Northampton, Mass. "The whole thing starts to feel overwhelming."

And she says, "presumptuous."

"Don't hit me up [by saying] 'in lieu of presents,'" Toll Oppenheim says. "Who buys all their Facebook friends a birthday present?! I don't like it. There's a guilt trip to it."

Especially, she says, since everyone can see who has donated.

"That makes me cringe a little," Toll Oppenheim says. "Are they checking who gave and who didn't? I don't like Facebook making me feel lousy."

David Murphy, senior Technology Editor for Lifehacker.com agrees. He posted a "how to" for people who want to mute their fundraiser notifications.

"Those 'give me money' solicitations get a little annoying, especially when you're receiving multiple notifications about fundraisers you never actually said you were interested in," Murphy wrote last June.

There's not a way to block all fundraisers, but Murphy says silencing the notifications offers at least a bit of a reprieve.

"I feel a little Ebenezer Scrooge," he told NPR. "But it's my newsfeed, my content. I want a curated experience."

Besides, Murphy says, there's something especially off-putting about such conspicuous giving.

"It's a bit of a humblebrag," he says. "It feels a little insincere."

Lehigh Univerisity Associate Professor Jeremy Littau, who teaches about social media and social action, agrees there is an element of "slactivism" to Facebook birthday fundraisers, and it's prone to be used by those who are looking for the "flex" or who may be "doing for it the gram," in other words, for the sake of showing off on Instagram or Facebook. But Littau says the notion of "virtue signaling" is as old as giving itself.

"This is just a new evolution of something that has long existed," he says. Still he says, in the realm of social media, fundraiser fatigue is a real risk.

"Facebook cannot theoretically just infinitely grow the number of fundraisers without some sort of blowback, either in terms of users protesting, or people just getting turned off to the idea altogether," he says.

Facebook says the feedback to fundraisers is overwhelming positive, though Emily Dalton Smith, Facebook's director of Social Impact Product, says the company is constantly reviewing and updating policies, just as it did two years ago, when it eliminated fundraiser processing fees, so that 100% of birthday donations now go to the charities.

"We know that no product is ever perfect," Dalton Smith says. "We're always looking for feedback to understand what could be better, and I expect that the products will continue to change over time."

Ultimately, Facebook fundraisers such as Vinita Kochhar, say the good is far outweighed by the harm. It's better to be bombarded by birthday fundraisers than just a slew of birthday selfies, says Kochhar.

"It's refreshing to me to see that folks are not just focusing on themselves, but they're focusing on causes," she says. "At the end of the day, it matters not if someone's saying it looks like they're 'flexing' or any of that, in my opinion... I mean honestly, at the end of the day, if the folks that are in need are getting the money. That's all that matters... Those dollars are going for good."

And indeed, they are. Those who raise funds for hospitals, the homeless, the hungry, and the Humane Society are raking it in, thanks to Facebook. The Wayne County Humane Society in Wooster, Ohio, received thousands of dollars in the past year from birthday fundraisers, plus one wedding fundraiser.

Director Carrie Andrew says as important as getting the money, is the gift of suddenly having an army of fresh faces willing to solicit their friends.

"It absolutely is a relief," she says, for nonprofits who would otherwise have to keep making their usual appeals to their usual supporters. That, she says, runs the risk of getting a lot more annoying than Facebook fundraisers.

Besides, Andrew says, scrolling past a few fundraisers on Facebook has to be less annoying than getting those dinner-time phone calls asking for money, or knocks at the door.