Accessibility links
France's New 'Les Misérables' Film Is Not The 'Les Mis' Musical You Know This 2019 film is not another adaptation of the Victor Hugo novel. It portrays life in a poor Paris suburb — where the police force is corrupt and residents are struggling just to get by. 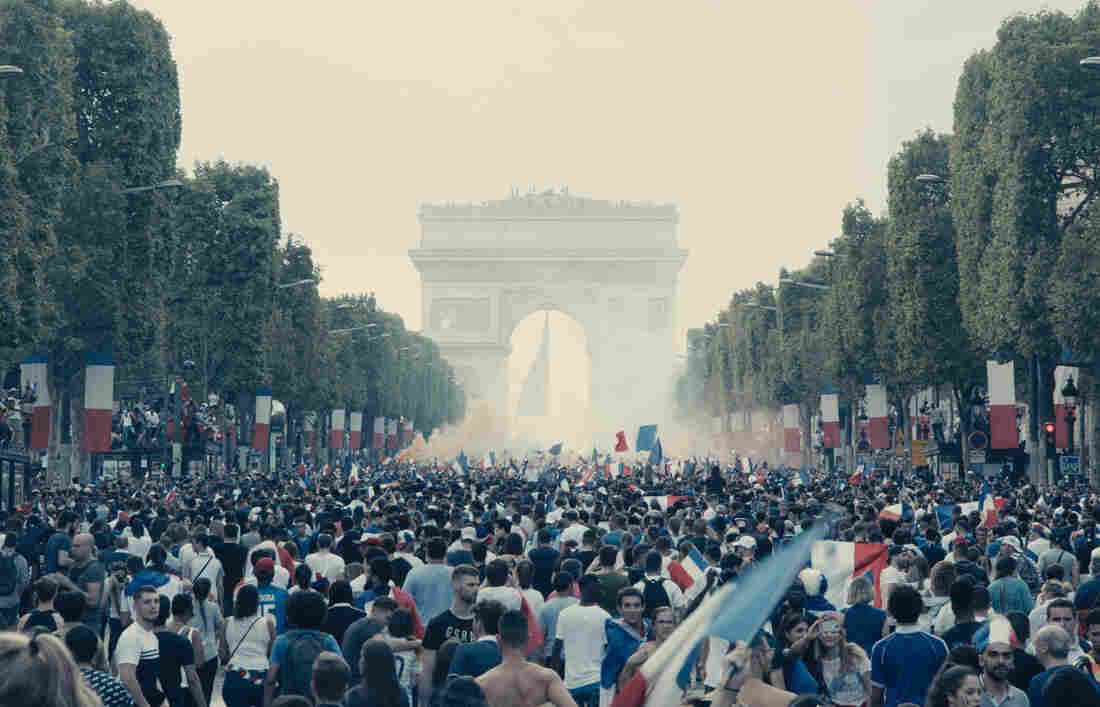 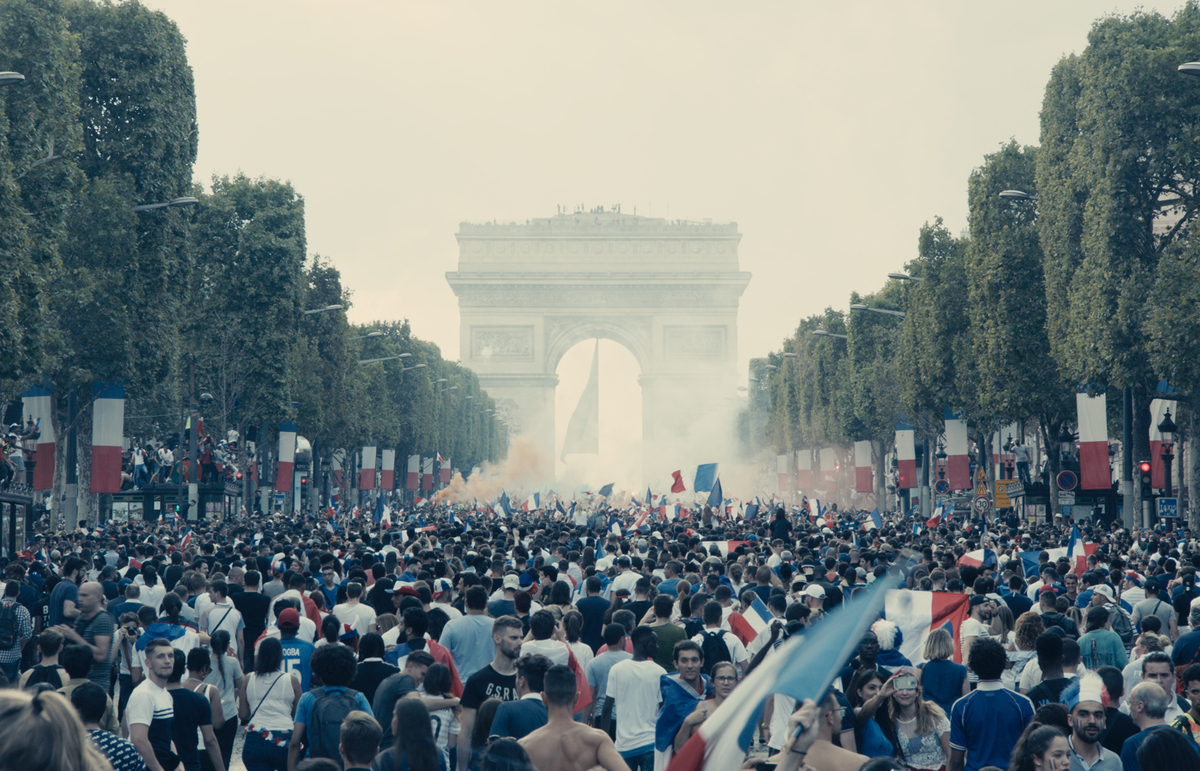 Ladj Ly's 2019 film Les Misérables opens on an ecstatic scene — France has just won the World Cup and happy Parisians are celebrating in the streets.

The new film, Les Misérables, is not another adaptation of the Victor Hugo novel and it's definitely not a musical. It is set in the same Paris suburb that inspired part of the 19th-century classic, and it is about that neighborhood's impoverished residents. But this film is a modern-day cop thriller — and it's France's entry to the Oscars.

As the new Les Misérables opens, France has just won the World Cup and an ecstatic group of black teenagers is making its way into central Paris. The streets are flooded with people from all backgrounds draped in the colors of the French flag. This is the France the country's politicians love to idealize — a country where people of all classes, colors and religions can feel united under a common French fierté.

But then the scene shifts to the dreary working-class suburb of Montfermeil. It's a place plagued by police violence, ethnic clashes and little opportunity. Lined with high-rise housing projects, factories and dingy kebab shops, it looks nothing like the Paris audiences are used to seeing on screen.

And that's exactly why director Ladj Ly wanted to make this film, his first major feature.

"The film is about the daily misery shared by everyone in Montfermeil," Ly says.

And he means everyone -- from the inhabitants of the graffitied high-rises to the cops who patrol them. The story follows a day in the life of Montfermeil's anti-street crime unit. After trying to arrest one teen, the unit is confronted by the same kids we saw celebrating France's World Cup victory in the first scene — only this time they are throwing stones. 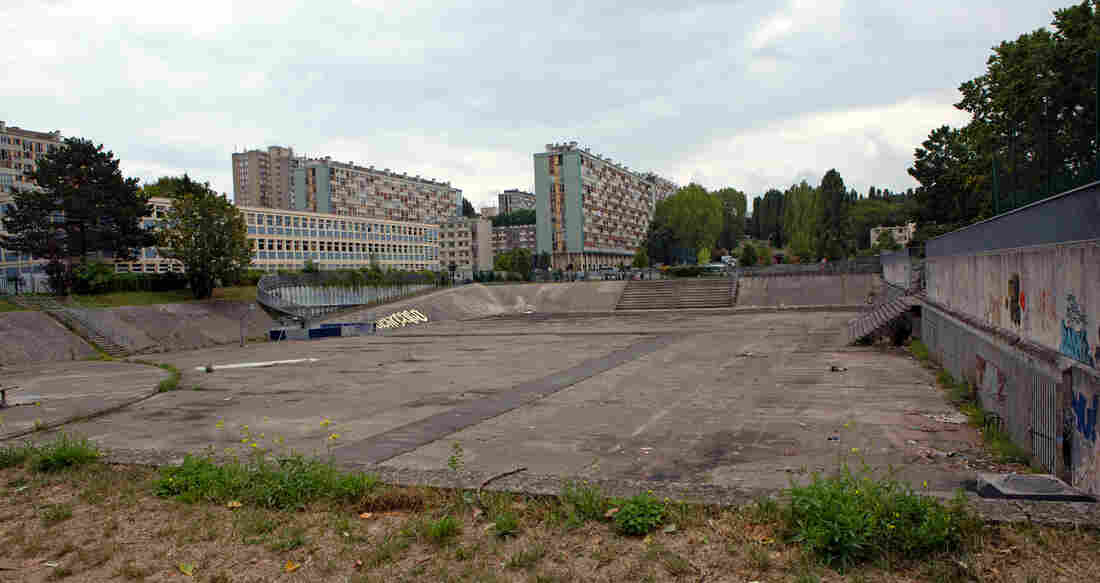 Many of these scenes are taken directly from the pages of Ly's own life. His family arrived in France after emigrating from Mali in the 1980s. He was raised in Montfermeil, and still lives there today.

Ly says that since the November release of Les Misérables in France, the country is finally being confronted with a problem people have long been aware of but refused to address head on: That immigrants pushed to the city's suburbs are struggling to make better lives for themselves in a new country.

"That's why the film has had such an impact ..." Ly explains. "People may not want to see certain parts of this film, but I'm going to make you see what real life looks like in this neighborhood. I've lived through this."

Director Ladj Ly drew from his own experiences growing up in Montfermeil. "I've lived through this," he says. SRAB Films/Amazon Studios hide caption

That's true for many of the first-time actors in the film as well. Ly and several other established artists started a film school in a nearby neighborhood suburb in 2018.

"Getting access to film schools can be expensive and complicated," he says. "So we decided to give up on other schools and open our own."

Students come from all over France to study under some of the country's top filmmakers — all free of charge. 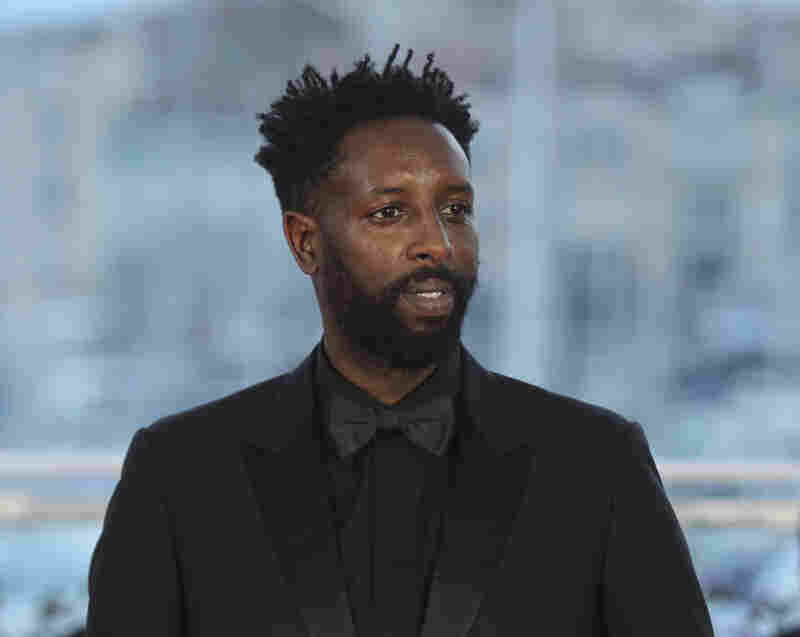 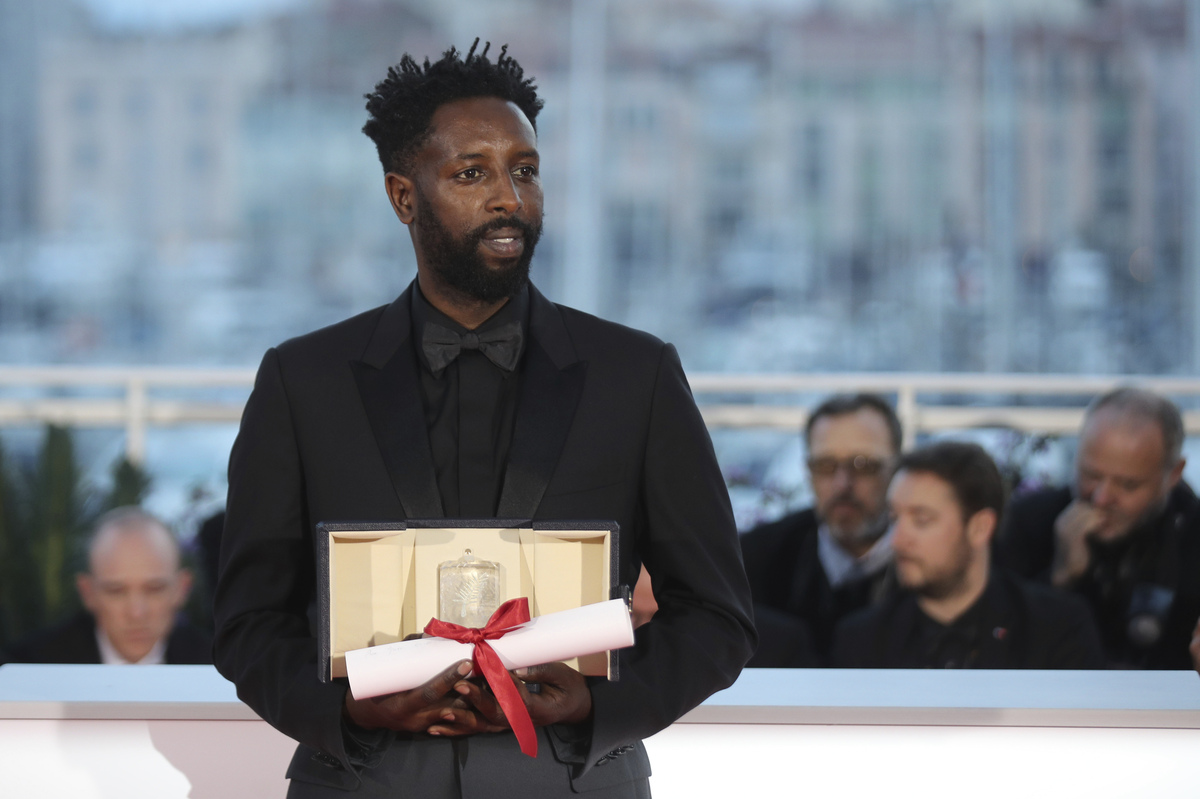 Director Ladj Ly is pictured following the awards ceremony at the Cannes Film Festival in May 2019. Les Misérables won the 2019 Jury Prize at Cannes.

Yassine Lassar, 29, is a math teacher who lives in the neighborhood. "For the first time I told myself maybe there's a way to tell our own stories ..." he says. "People whose stories are not heard most of the time."

For Mbathio Beye, originally from Senegal, Ly is providing students like herself with opportunities they never thought they'd have. Beye says it feels like Ly opened a window:

But opening windows has also made Ly a target of backlash.

Last month, two right wing newspapers reported Ly was once convicted for taking part in a murder. That was proven false, but another paper later verified that he was convicted of complicity in an attempted kidnapping, for which he served a two-year sentence.

Ly says that, like the teen actors in his film, he's a product of his surroundings and he wants to help them rise above their misère the way he has. He says the accusations are part of an attempt from the far right to crush him ever since it was announced Les Misérables would be representing France at the Oscars.

"Every time we lift our head above water, there's always these same groups that try and squash us," Ly says. "But we're stronger than that."

Ly is proud to be representing France at the Oscars, and he says he'll do all he can to help his country win.