Accessibility links
'Party Of Five' Reboot Centers On Immigrant Family Separation The hit '90s TV drama is back with a timely twist. Co-creator Amy Lippman and writer Gabriel Llanas talk about creating a show about five Latinx siblings whose parents are deported to Mexico. 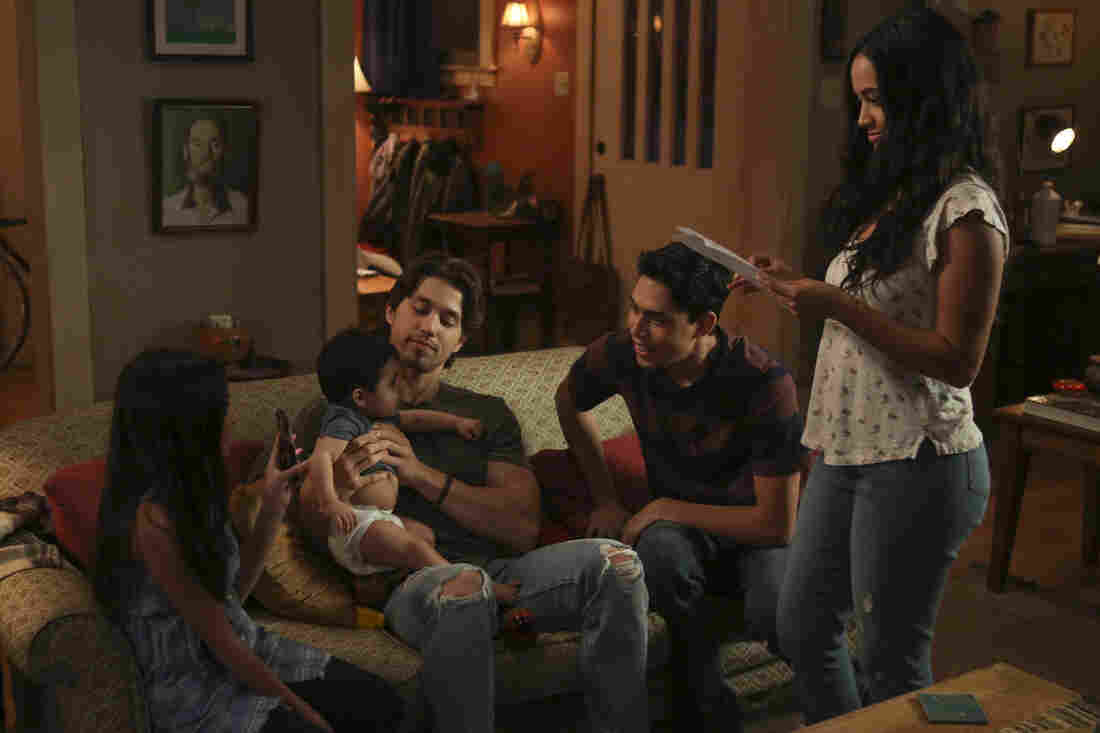 The Party of Five reboot centers on five Latinx siblings who are left to navigate life on their own after their parents are deported. Gilles Mingasson/Freeform hide caption 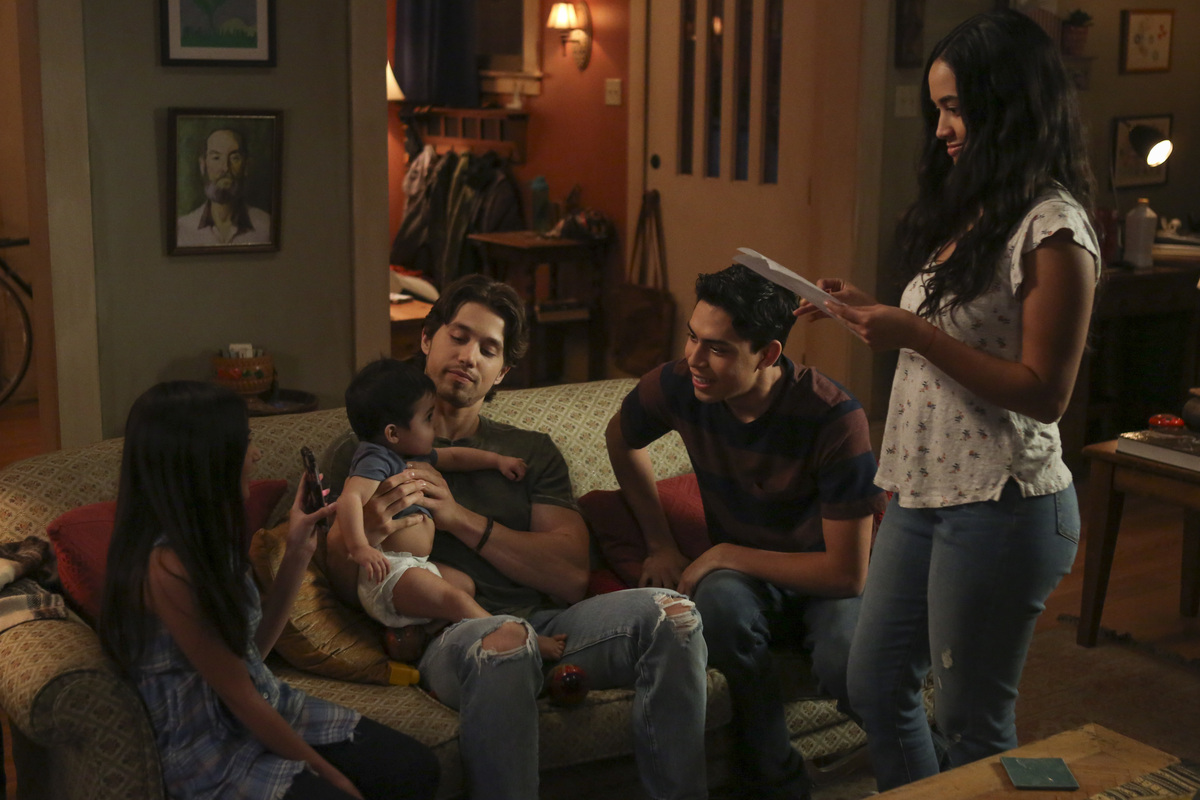 The Party of Five reboot centers on five Latinx siblings who are left to navigate life on their own after their parents are deported.

The award-winning '90s series Party of Five returned to air this week with a poignant and timely twist.

More than 25 years after the five orphaned Salinger siblings were left to fend for themselves, we meet the Acosta children. In the original iteration of the series, the parents die in a car crash. This time, they're undocumented immigrants, caught up in an immigration crackdown.

The mother and father are deported back to Mexico, and the five kids are forced to navigate life in the United States on their own.

Amy Lippman, who co-created the original series, says she and the other showrunners wanted to take a fresh approach with the reboot. But she says she couldn't have anticipated the story line that would develop when she first pitched the reboot to Fox.

When Party of Five premiered in 1994, the immigration debate looked far different than it does today. Back then, the debate was focused heavily on Proposition 187, the California ballot initiative to deny undocumented immigrants access to public services. Donald Trump's speech comparing Mexicans to "rapists," his calls for a border wall and his administration's family separation policy were still more than two decades away.

It's against that backdrop that Lippman saw a new angle for Party of Five. The network, she says, was receptive to her refreshed pitch.

Out Of The Shadows, TV Star Shines A Light On Immigration

In an interview with NPR's All Things Considered, Lippman tells Michel Martin that the new series deals with the same themes as the first original: courage, love and children forced to grow up too quickly.

"But [the themes] are kind of writ large now. They are something that isn't just a fictional conceit. It's really happening."

While the new show leans on the qualities of the original characters, their lives are very much cemented in the realities of today's immigration debate.

Take Emilio, the eldest of the Acosta children. He's protected from deportation through the government's Deferred Action for Childhood Arrivals (DACA) program, but his status as a so-called "Dreamer" rules out any safe options to visit his parents in Mexico. Emilio must stay clear of legal troubles so he can continue working in the U.S. and look over his siblings.

To accurately represent the experiences of real immigrants facing these issues, the show hired Latinx writers. Producers also spent time with DACA recipients to hear firsthand from people whose situations mirrored the characters on the show.

"We've really made an effort to try to represent the real points of view and the real emotions of people who've experienced this specific tragedy," said Gabriel Llanas, a writer on the show.

Llanas, who is himself Latino, is personally invested in the show.

"I began to get nervous about whether or not I was capable myself, from my own very specific Mexican American experience," he said. "Am I a person who is capable of telling this story? And can I tell this story with authority?"

Lippman is clear that the show is not meant to send a political message.

"We don't actually mention the current administration once," she said. "My obligation is to tell a story about a family that draws an audience in ... I would hazard a guess and say that everyone who watches it has had some variation of that experience."

Llanas added, "Ultimately this is a story about a family being courageous in the face of a terrible tragedy and finding ways to carry on with their lives as they endure it."

Despite the heavy subject matter, Llanas promises it's not all doom and gloom.

Recalling the famous line from the film Steel Magnolias, he says that laughing through tears is his guiding principle in writing.

"You do need to to balance heartbreak and humor. And I do believe we've done that very effectively."

NPR's Gemma Watters and William Troop produced and edited this interview for broadcast. Emma Bowman adapted it for Web.