Accessibility links
Exclusive: Trump Cuts National Security Council Even Amid Iran Tensions The rapid change has raised concern among those who have served on the NSC. They believe the president needs a wide range of experts to give advice on the potential consequences of major actions. 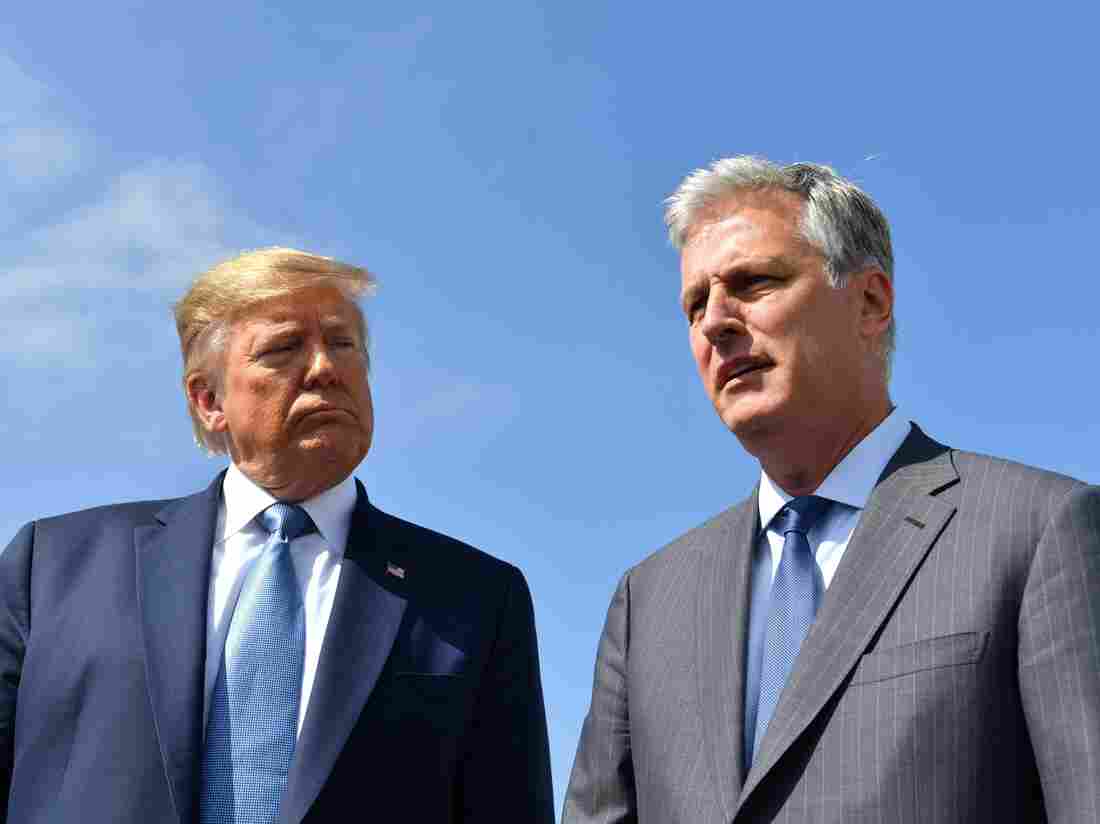 Robert O'Brien's first order of business when he took over the NSC in September was to make cuts in what he saw as a bloated foreign policy wing. Nicholas Kamm/AFP via Getty Images hide caption 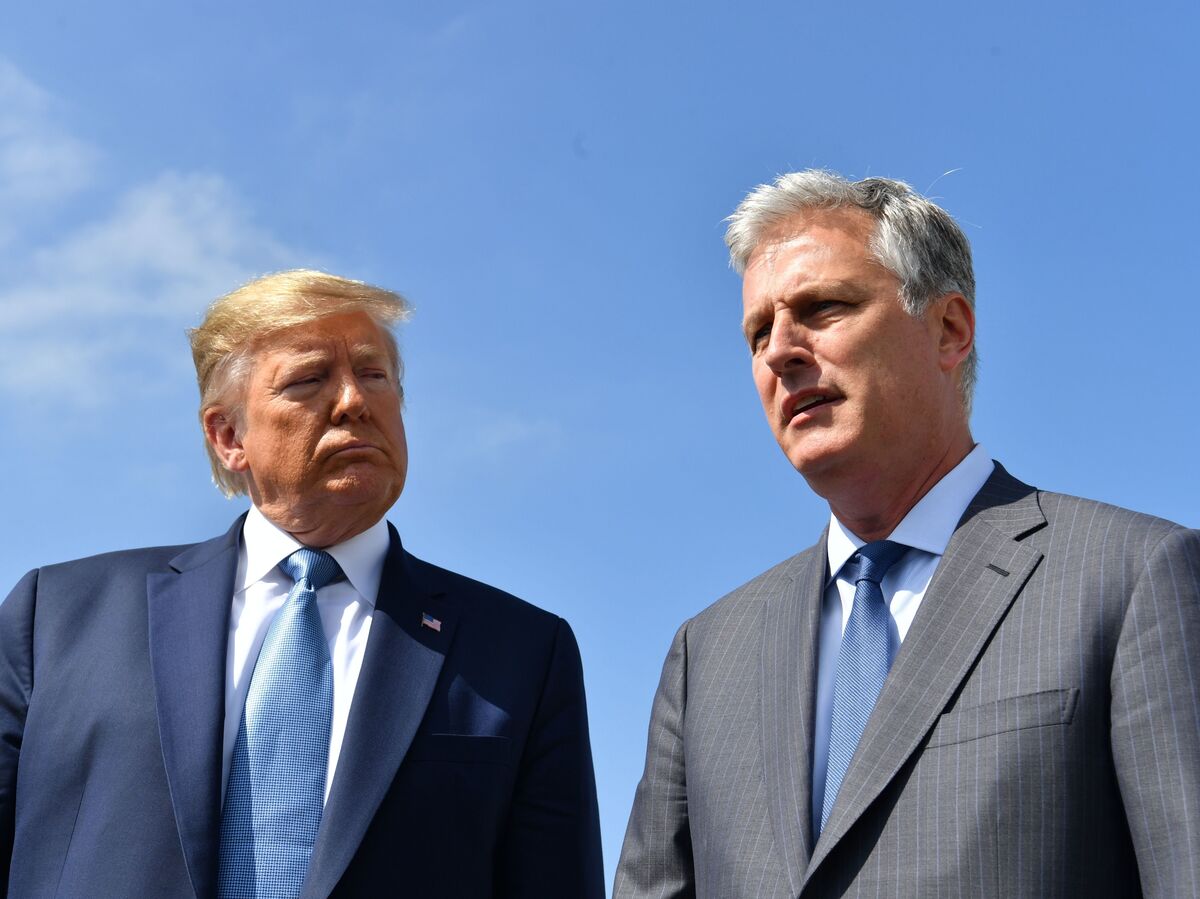 Robert O'Brien's first order of business when he took over the NSC in September was to make cuts in what he saw as a bloated foreign policy wing.

In an exclusive interview with NPR, Robert O'Brien said he expects to have trimmed about a third of the ranks at the National Security Council by the end of next month.

"I think the reality is by the time we finish up, by the end of this month, end of next month, that we'll probably have about 60 to 70 staffers who've gone back to their home agency," O'Brien said.

There were about 180 policy staff detailed to the team when O'Brien took charge in September — experts on loan from the Pentagon, State Department, Homeland Security, Transportation, and intelligence agencies. O'Brien described it as "a little bit bloated."

So far, about 40 to 45 officials have left the NSC, he said. Streamlining the team, which provides information and advice to the president for his biggest diplomatic and security decisions, was one of O'Brien's top priorities when he took over as Trump's national security adviser in September.

The rapid change has raised concern among those who have served on the NSC and believe the president needs a wide range of experts to study and give advice on the potential consequences of major actions, like the decision to order a drone strike on Iranian general Qassem Soleimani.

It was a move that past presidents, including George W. Bush and Barack Obama, had rejected because of the risks of war.

"You sort of see a very messy decision on the Soleimani strike, one that didn't seem to sort of have all of the t's crossed and i's dotted," said John Gans, author of White House Warriors, a book about the NSC.

Gans said Trump is wary of leaks and seems averse to advice and guidance like the kind of guidance traditionally given by the NSC.

It doesn't help that some of the most damning testimony against Trump in the impeachment hearings came from people working for the NSC.

"This decision on Iran, you can't divorce it from President Trump's sort of war against the so-called deep state," Gans said. "What he calls the deep state is really what everybody else calls America's experts on Iran, Iraq and every other foreign policy."

Jonathan Stevenson, who was a director in Obama's NSC, sees the cuts as another example of how the NSC has "atrophied in the Trump administration."

"It reflects the White House's broad resistance to the kind of systematic NSC-led interagency deliberation that I and others have advocated for," Stevenson said.

O'Brien said the ranks of the NSC had, at one point, swelled as large as 236 staffers during the Obama administration. He says a smaller NSC makes for more effective coordination. It allows the State Department and Pentagon to do their jobs.

He says a big NSC can be tempted "to go operational" and get more involved in diplomatic and military operations better suited for the Cabinet.

"I look back at the Cuban missile crisis, and I think folks believe Kennedy, President Kennedy, handled that crisis pretty well," O'Brien said. "He had 12 policy staffers at the NSC."

But new threats have emerged over the last several decades, said Fernando Cutz, a top aide to former national security adviser H.R. McMaster — one of O'Brien's predecessors in the Trump administration.

Cutz said that since 9/11, the NSC needs experts on counterterrorism and homeland security. Cybersecurity has also emerged as a threat.

"We need a team of capable people, capable career professionals like the NSC has, who are working around the clock, already with very limited numbers and very limited resources, giving it their all, giving it their expertise to keep our country safe," Cutz said. "Chopping that down is not helpful or productive to anybody."

O'Brien sees a smaller NSC as a more efficient one.

As for Iran, O'Brien argues that the president got the advice he needed.

"We had all the key principals in place with the president, with the vice president," O'Brien said. "So I think it was as much interagency coordination as is going to happen."