Accessibility links
Opinion: We May Never Know The Toll Fires Have Taken On Australia's Wildlife A billion animals in Australia may have been impacted or killed by the wildfires so far, and some may have been pushed to the edge of extinction. 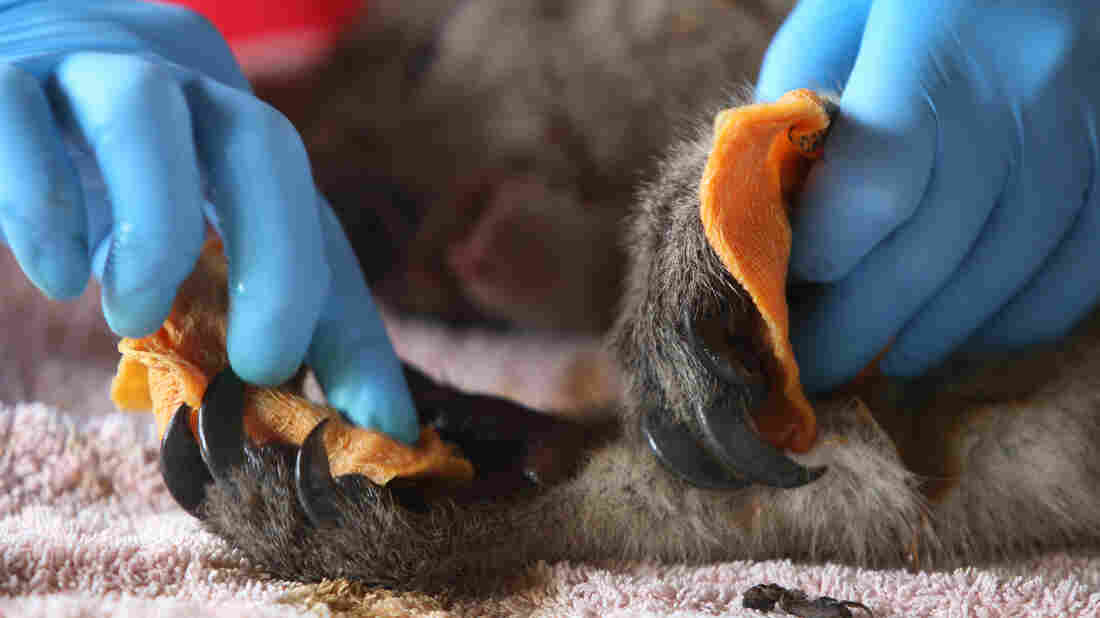 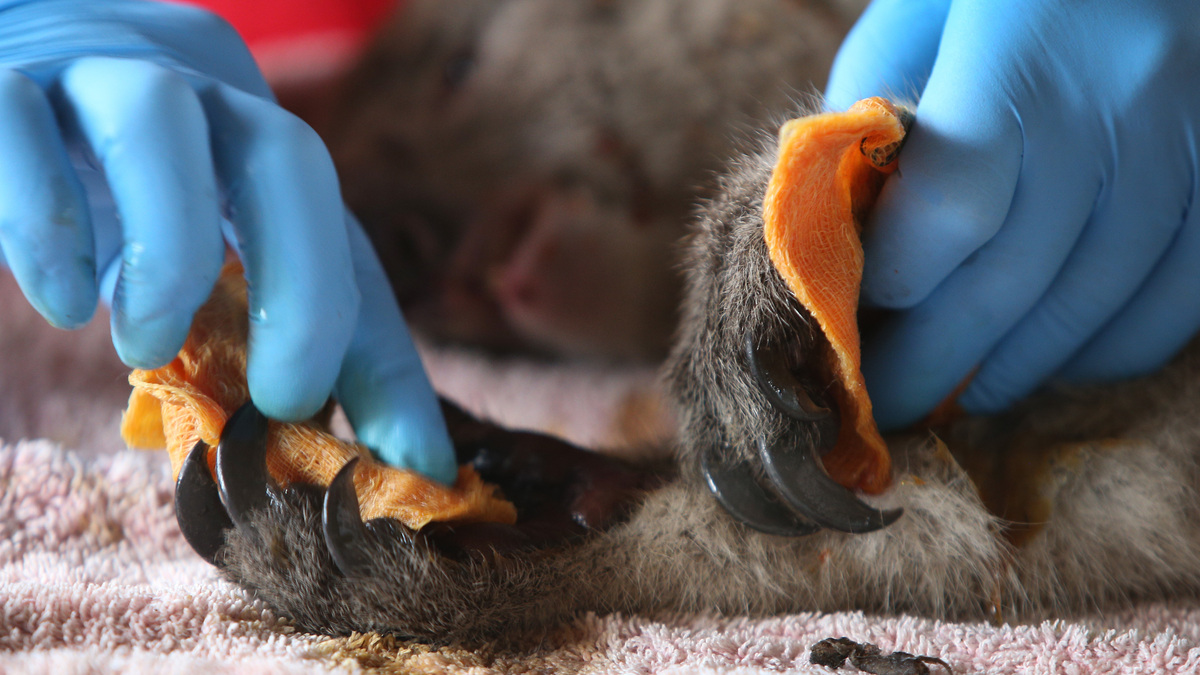 The toll of the Australian bush fires is staggering. 27 people have died, more than 2,000 homes destroyed and 18 million acres have burned. A billion animals may have been killed.

Try to hold that horrifying number in your mind a moment: a billion animals.

You don't have to give the loss of animals the same weight as humans to feel that the death of a billion creatures is devastating. The images of koalas and kangaroos, singed and suffering, calls out to our human hearts.

There are startling and sorrowful piles of blistered birds in many areas struck by fire. A resident of Mallacoota, 87-year-old Bob Semmens, told Australia's The Age this week, "If you walked into the bush at the moment you probably wouldn't hear anything. It's silent, there's no food and it's all burnt land."

Animals native to Australia, including species of dunnarts, wombats and long-footed potoroo may be pushed to the brink of extinction. Alpine bog skinks. Corroboree frogs. Martin's toadlets.

And those calamitous losses may only increase, as animals who survive the fires try to find food in a smoldering landscape, without the cover to protect them from feral cats and foxes.

Two dozen people have been charged by police with deliberately setting bush fires. But any acts of arson are considered incidental compared to changes in climate largely brought about by human beings.

There are also losses and dangers to lives that we cannot see so easily. Velvet worms, shown in a photo in The New York Times this week, with plush blue skin and charming, stumpy little antennae. The Alpine Grasshopper, which turns from black to aquamarine when the temperature rises. And thousands more insect species that have yet to be named by human beings.

Tanya Latty, an entomologist at the University of Sydney, told the ABC, "It's conceivable that species could have been wiped out without us even knowing they were there."

Dr. Latty and many other scientists often explain how creatures we barely notice, bat away, or never see, keep our world alive, carrying seeds, aerating soil and feeding on other insects that can harm plants. The lives of animals, including bugs, have a purpose and a majesty, all intertwined with our own.