Accessibility links
FBI Apologizes To Court For Mishandling Surveillance Of Trump Campaign Adviser FBI Director Christopher Wray outlined steps the bureau is taking to ensure it doesn't make the same mistakes it did when it wiretapped Carter Page during the 2016 election. 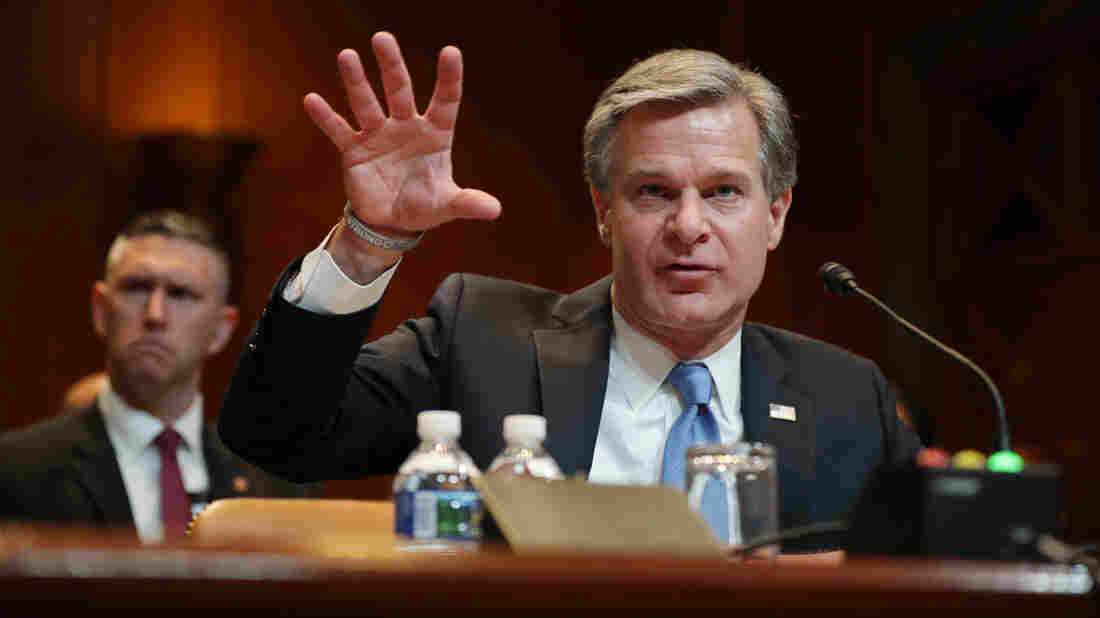 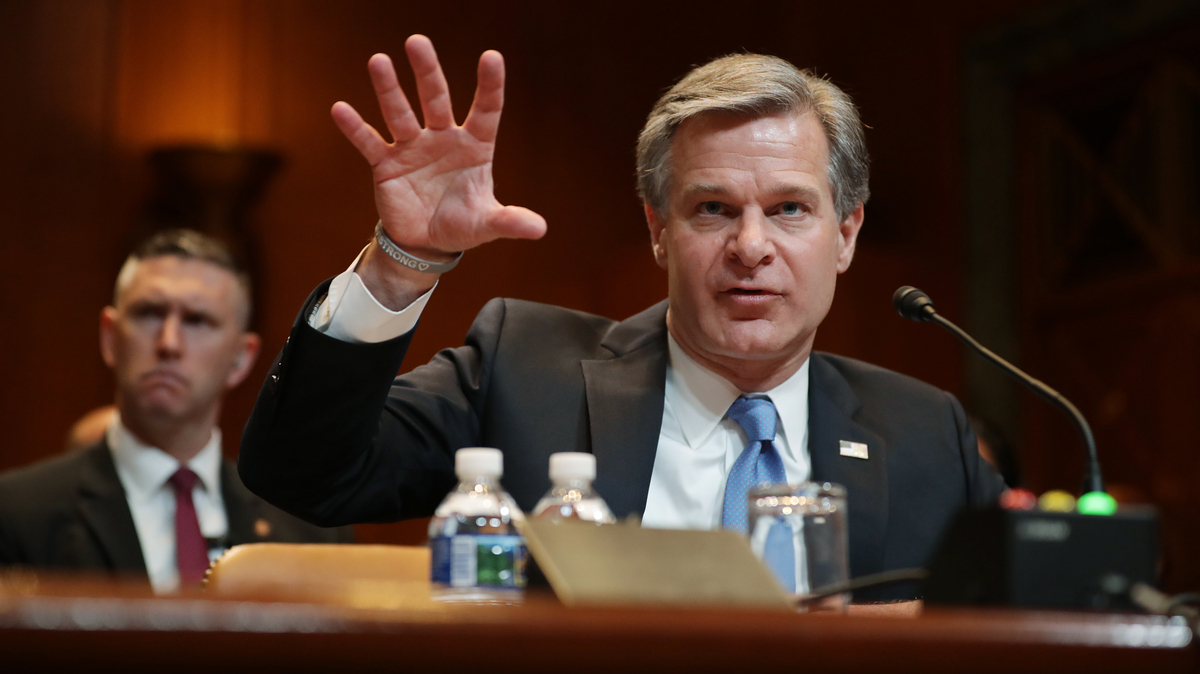 Federal Bureau of Investigation Director Christopher Wray testifies before the Senate Appropriations Committee on the bureau's 2020 budget in the Dirksen Senate Office Building on Capitol Hill May 7, 2019 in Washington, D.C.

The FBI apologized to the secret court that handles national security investigations for the way it conducted surveillance of a former Trump campaign adviser during the 2016 election, according to a court filing made public on Saturday.

The FBI response comes after a report last month from the Justice Department inspector general that revealed serious issues with the bureau's applications to the court to wiretap former Trump campaign adviser Carter Page. The FBI suspected Page had possible ties to Russia.

That report prompted the court to take the highly unusual step of publicly rebuking the FBI and ordering the bureau to revalidate its work.

"The FBI has the utmost respect for this Court and deeply regrets the errors and omissions identified by the Office of the Inspector General," Wray wrote in the filing, calling the FBI's conduct in relation to the Page surveillance "unacceptable and unrepresentative of the FBI as an institution."

"The FBI is committed to working with the Court and DOJ to ensure the accuracy and completeness of the FISA process," he wrote.

More than 40 corrective actions have been ordered, including 12 specifically related to the surveillance application process, according to the filing. The actions include the development of new training to reemphasize the importance of accuracy and thoroughness in all FISA applications, as well as increased oversight of the application process.

Under FISA, the government must prove to a judge that surveillance of an American is justified because it suspects that person of being a foreign agent. Since defense lawyers never see the court filing, the Justice Department must accurately report every detail related to the request for surveillance.

The inspector general report said that FBI investigators failed to inform the Justice Department of crucial information when seeking permission to wiretap Page.

"Much of that information was inconsistent with, or undercut, the assertions contained in the FISA applications that were used to support probable cause and, in some instances, resulted in inaccurate information being included in the applications," the report stated.

Page was never charged with a crime.