Accessibility links
Australia's Fires Are Emitting Vast Amounts Of Carbon The Australian bushfires are emitting huge amounts of climate warming carbon into the atmosphere. Normally, new vegetation that grows back would recapture it, but that may be changing. 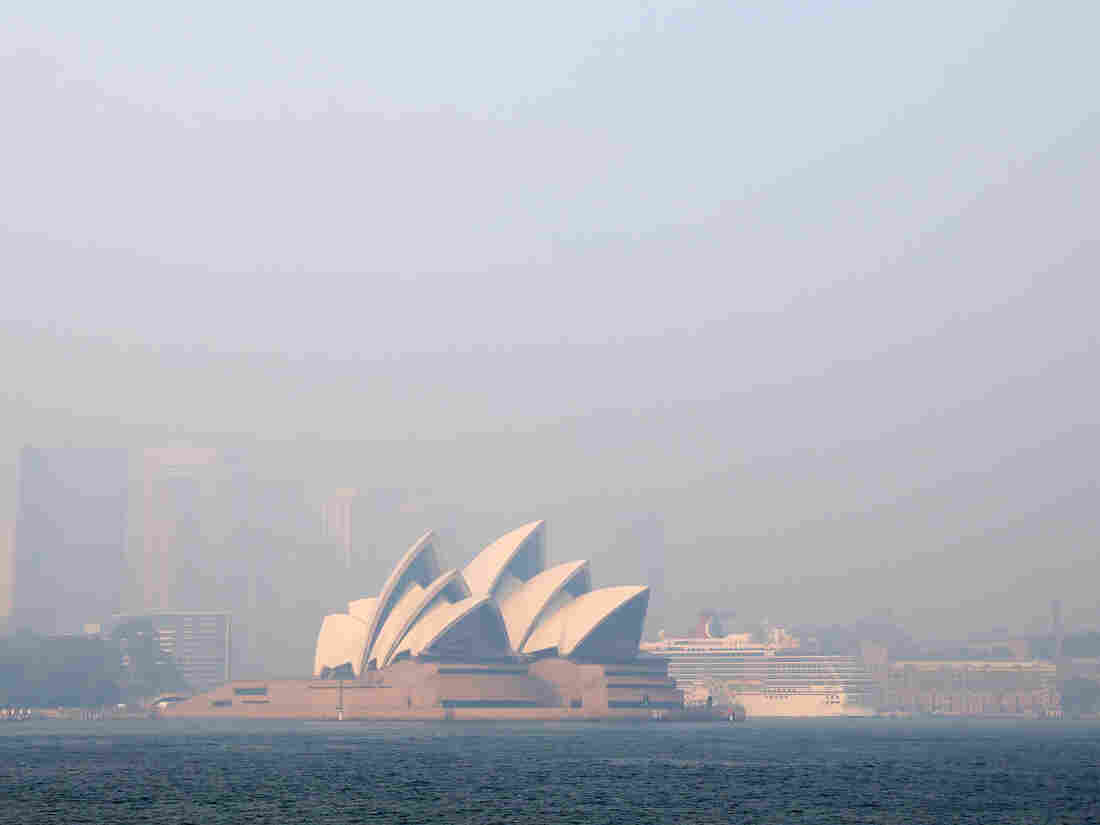 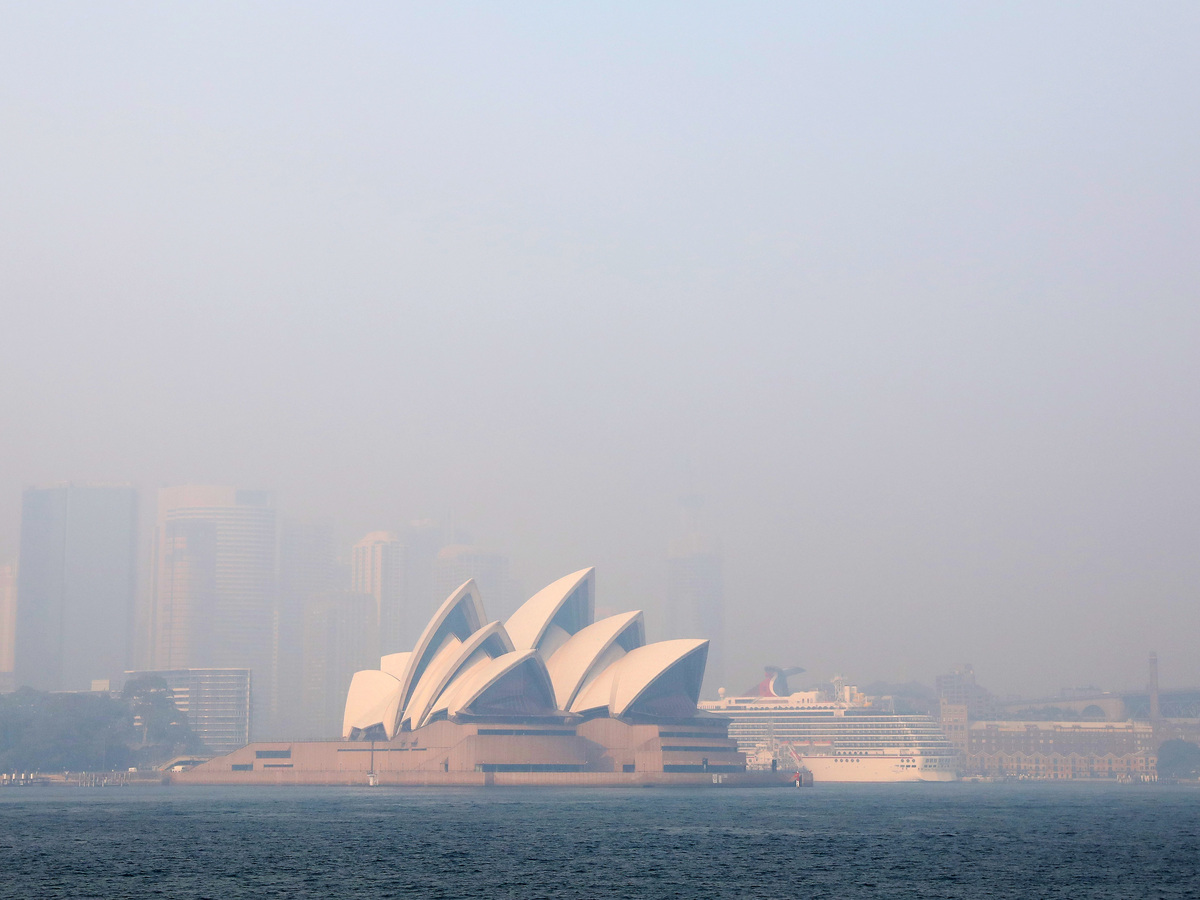 Much of New South Wales, Australia, including the Sydney Opera House, lay under a shroud of smoke Thursday. The state remains under severe or very high fire danger warnings as more than 60 fires continue to burn within its borders.

Smoke from the ongoing firestorm in Australia is obscuring skies halfway around the world. Satellite images from the National Oceanic and Atmospheric Administration show a haze from the deadly fires spreading over South America. The swirling plume is nearly the size of the continental United States.

All fires emit smoke — a combination of thousands of compounds, including climate-warming greenhouse gases. But the sheer scale of the emissions, and the severity of the fires causing them, are concerning climate scientists around the world.

Already, atmospheric watchdogs say, the fires have pumped hundreds of millions of tons of carbon dioxide into Earth's atmosphere.

"For these fires in the southeast south (of Australia), probably we are in the ballpark of 400 million tons of carbon," says Dr. Pep Canadell, a lead scientist with Australia's national research agency and the executive director of the Global Carbon Project, which tracks greenhouse gas emissions globally.

To put that figure in perspective, Australia's total emissions from man-made sources last year was roughly 540 million tons. So this year's fires, fueled by record-high temperatures and drought, have already surpassed two-thirds of that amount.

But perhaps more concerning is that many of these fires, including two that merged into a massive "megafire," are burning in areas that could take decades or longer to regrow.

Forest ecologists and atmospheric scientists generally view wildfire as being carbon neutral. As fires burn, chewing through structures and vegetation, they spit out vast amounts of carbon and other compounds in their smoke.

"But then over time, we expect a lot of that carbon dioxide will be drawn [back] down by plants growing again," says Rebecca Buchholz, a scientist at the National Center for Atmospheric Research, based in Boulder, Colo. "For fires, it's all about balance."

But there are concerns that balance is shifting.

Climate impacts the fires, and the fires can potentially impact climate.

Rebecca Buchholz, a scientist at the National Center for Atmospheric Research

Climate change is causing wildfires to burn more frequently and severely around the world. It's increasing the areas that fires can burn, and the length of time in which fire conditions exist.

A 2018 "State of the Climate" report by Australia's leading research agency and Bureau of Meteorology found that there has been a "long-term increase in extreme fire weather and in the length of the fire season across large parts of Australia since the 1950s."

At the same time, the world is getting hotter, precipitation patterns are shifting, and human development is expanding. All that is making it harder for some forests to regrow.

"We could be changing the atmosphere with fossil fuels in such a way that fires in landscape ecosystems go from being neutral or harmless, in terms of climate, to something that is destructive," says Bob Yokelson, a researcher and professor at the University of Montana.

In that scenario, wildfire would become a bigger source of climate-warming emissions, adding to the growing amount that humans are pumping into the atmosphere, thus making future fires worse. Scientists call this a positive feedback loop.

It's too soon to say whether the fires in Australia will end up being a net source of carbon, or if areas will be able to regrow. But it's clear that what's happening now in the country is worrisome.

"Climate impacts the fires, and the fires can potentially impact climate, and we don't know where we're going," says Buchholz, who is from Australia and has spent the last few weeks there avoiding the oppressive smoke. "It's a moving goal post all the time, and we haven't reached that new balance point."