Accessibility links
O Valley Of Plenty: Covers Abound For 'Toss A Coin To Your Witcher' The song is from the Netflix series The Witcher and has inspired enthusiastic remixes and covers. Composers Kathryn Sonya Belousova and Giona Ostinelli discuss their songwriting process. 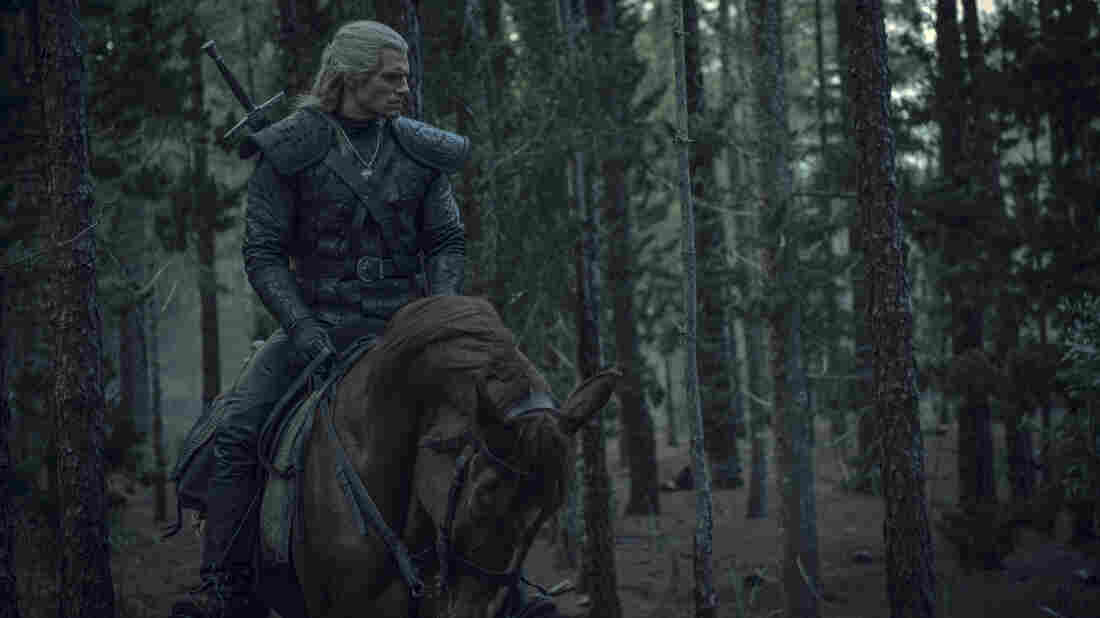 Geralt of Rivia (Henry Cavill) potentially traveling through the much speculated about "valley of plenty" mentioned in the song "Toss A Coin To Your Witcher." Katalin Vermes/Netflix hide caption 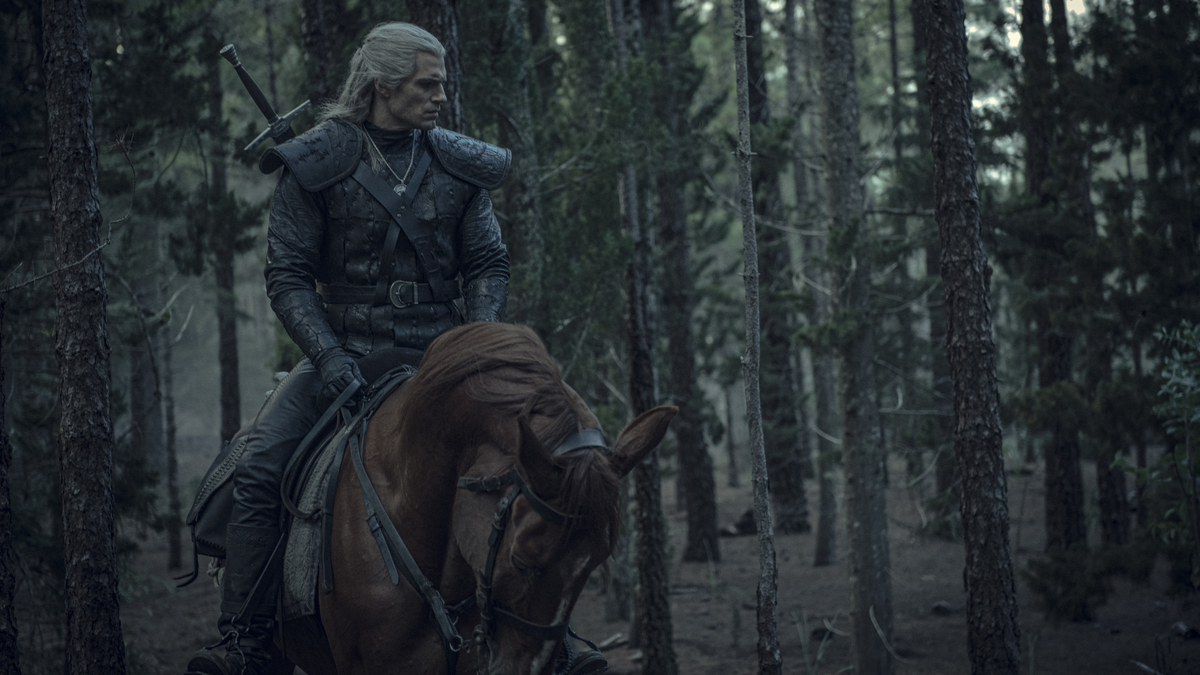 Geralt of Rivia (Henry Cavill) potentially traveling through the much speculated about "valley of plenty" mentioned in the song "Toss A Coin To Your Witcher."

Every good hero needs someone to tell their tale. In the Netflix series The Witcher (based on a book series by Polish writer Andrzej Sapkowski), that hero is Geralt of Rivia, played by Henry Cavill. He's paid to slay the monsters that plague poor villagers in this medieval fantasy world, and his exploits are detailed by an enthusiastic bard named Jaskier (Joey Batey).

At the end of the second episode, Jaskier has an artistic breakthrough, and pens an epic earworm.

"Toss a Coin to Your Witcher" has captured the imagination of the internet. Its catchy chorus and slightly nonsensical lyrics have inspired numerous memes, remixes and covers.

"There is a line about how he puts an elf on a shelf and the first time I heard it, I thought, 'That cannot be right. I have to be having some kind of hallucination,' " Kathryn VanArendonk, a writer for Vulture, says.

Sonya Belousova and Giona Ostinelli, the show's composers, wrote the song in November 2018, before they even started working on the score. (Batey's performance needed to be filmed, so the song needed to be written before The Witcher entered production.)

"The idea behind 'Toss a Coin to Your Witcher' was to create this epic anthem," Ostinelli says, "[so] that the people who'd be inside a tavern, you could see them singing along with a jug of beer in their hand."

The song also needed to demonstrate a transformation for the character Jasker, from simple bard to what the composers call "the Freddie Mercury of the continent." 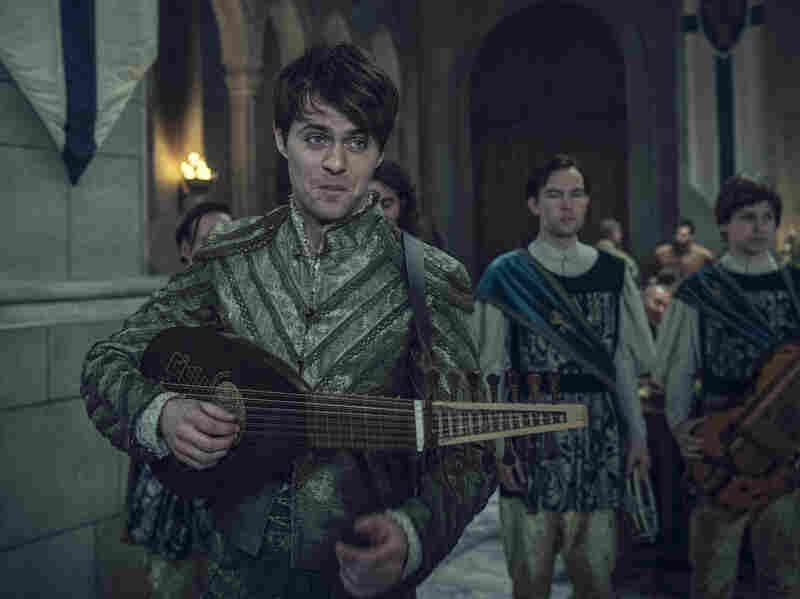 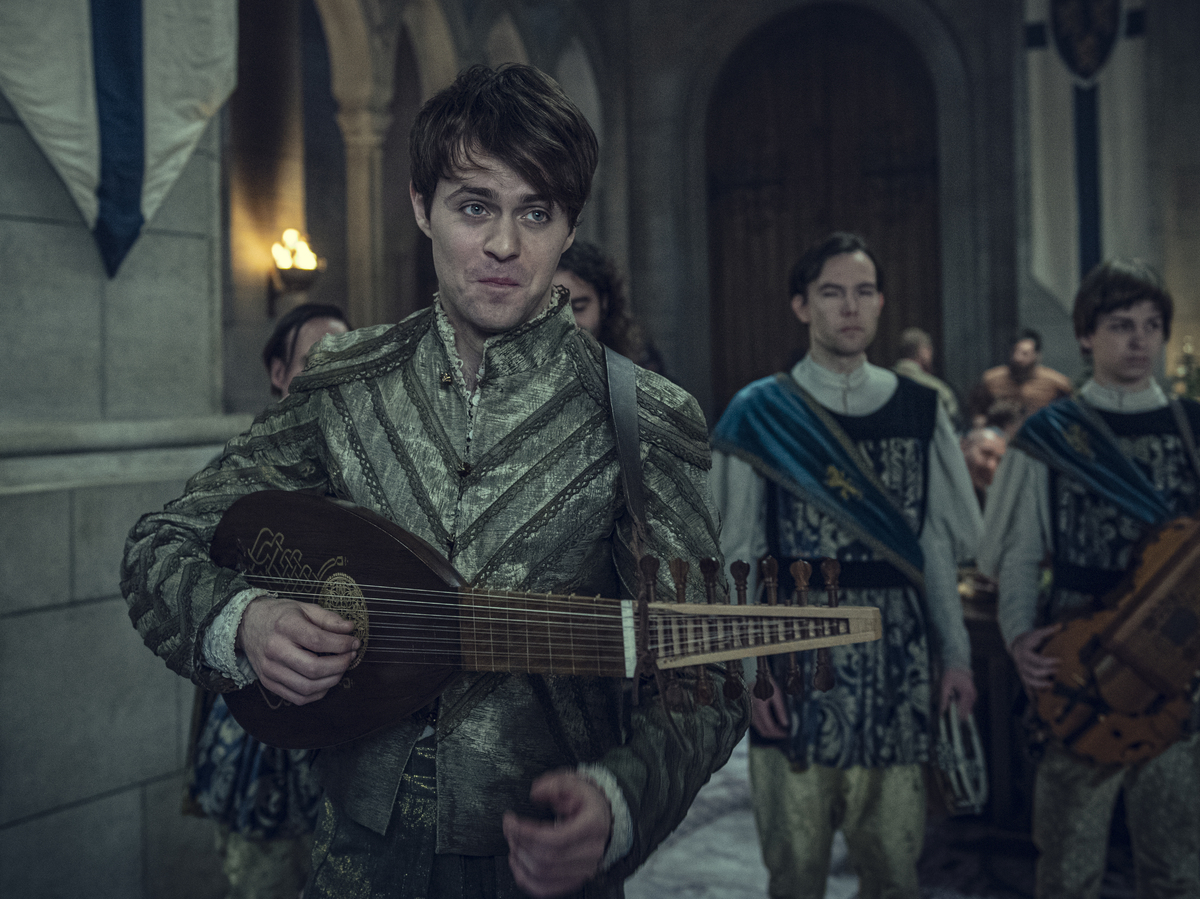 Joey Batey as the bard Jaskier in Netflix's The Witcher.

Essentially, Belousova and Ostinelli needed to write a hit. The two ended up writing several versions of every song in the show, including seven of "Toss a Coin," in order to give the showrunner and executive producer, Lauren Schmidt Hissrich, "the whole spectrum of different genres, starting from something very Renaissance, very medieval, following the exact, precise language of medieval music, going to something very contemporary," Belousova says.

The two composers settled on a version that maximizes the usage of medieval and historical instruments, many specifically crafted for the show (Belousova and Ostinelli recorded 64 instruments for the score between the two of them), while leaning into a contemporary pop vocal. They worked closely with Jenny Klein, the writer and producer of the episode the song appears in, to tailor the lyrics to the story — although many fans still find them baffling.

" 'Valley of plenty' makes no sense," VanArendonk says. "There are no 'valleys of plenty' in the show."

When trying to write "Toss a Coin to Your Witcher," Ostinelli says the goal was for "the theme to be very versatile, that you can adapt it how[ever] much you want."

And the internet certainly took that call to arms. Two of the composers' favorite covers include one by the Russian folk choir Philharmonic Omsk and a metal version by Dan Vasc.

Ultimately, one of the reasons the song might get stuck in viewers' heads is its familiarity: The musical motifs of the tune are introduced to the score during earlier parts of the episode. "The audience doesn't realize it, but they're subconsciously absorbing the themes," Ostinelli says.

"I think the best check that you can do when you write something is kind of leave that material for a bit, go out, do something else," Belousova says. "And if this material is still stuck in your head, you know it's exactly what you're looking for."

VanArendonk agrees. "One measure of a great song is when lots and lots of people just want to sing it themselves," she says. "I think the remixes and the covers of it are a testament to that. It has made this show stick in people's minds, I think, in a different way."

NPR's Denise Guerra and Melissa Gray produced and edited this story for broadcast. Cyrena Touros adapted it for the Web.