Accessibility links
Queen Elizabeth II Calls A Family Meeting To Determine Meghan and Harry's Next Steps The queen will reportedly host Prince Harry, Prince Charles and Prince William at her country estate on Monday to discuss the couple's plans to "step back as 'senior' members of the Royal Family." 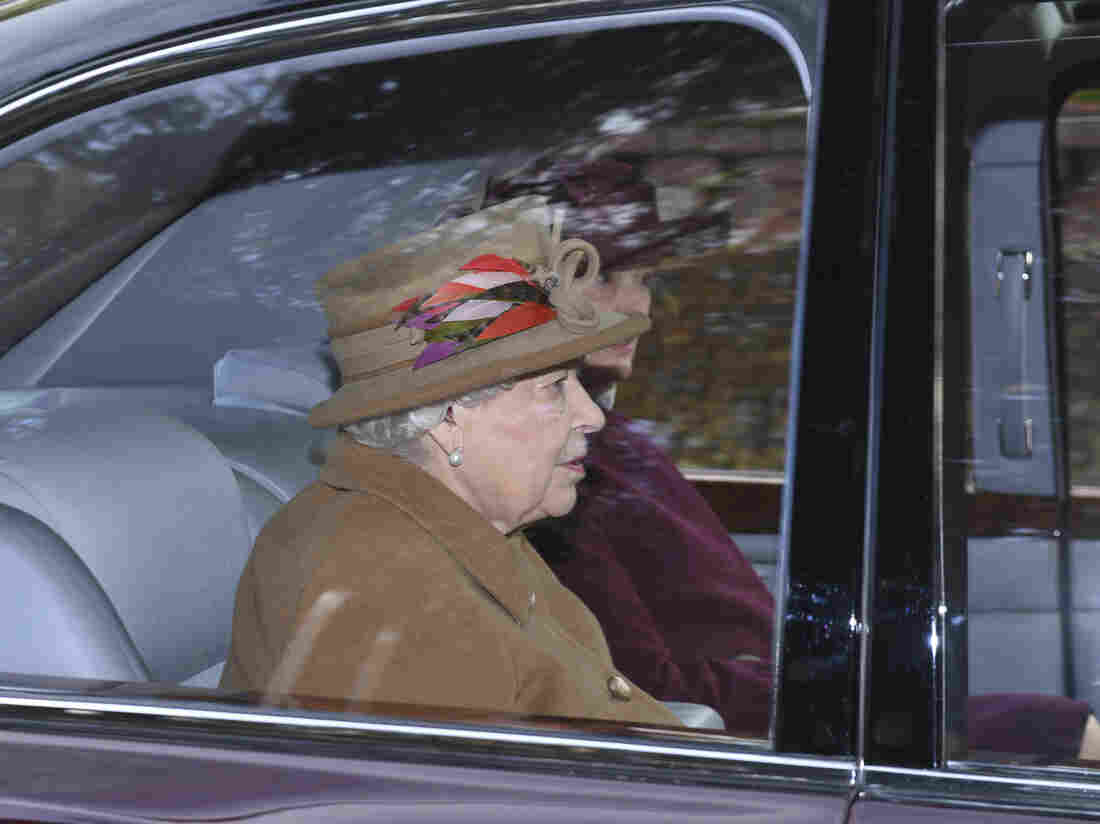 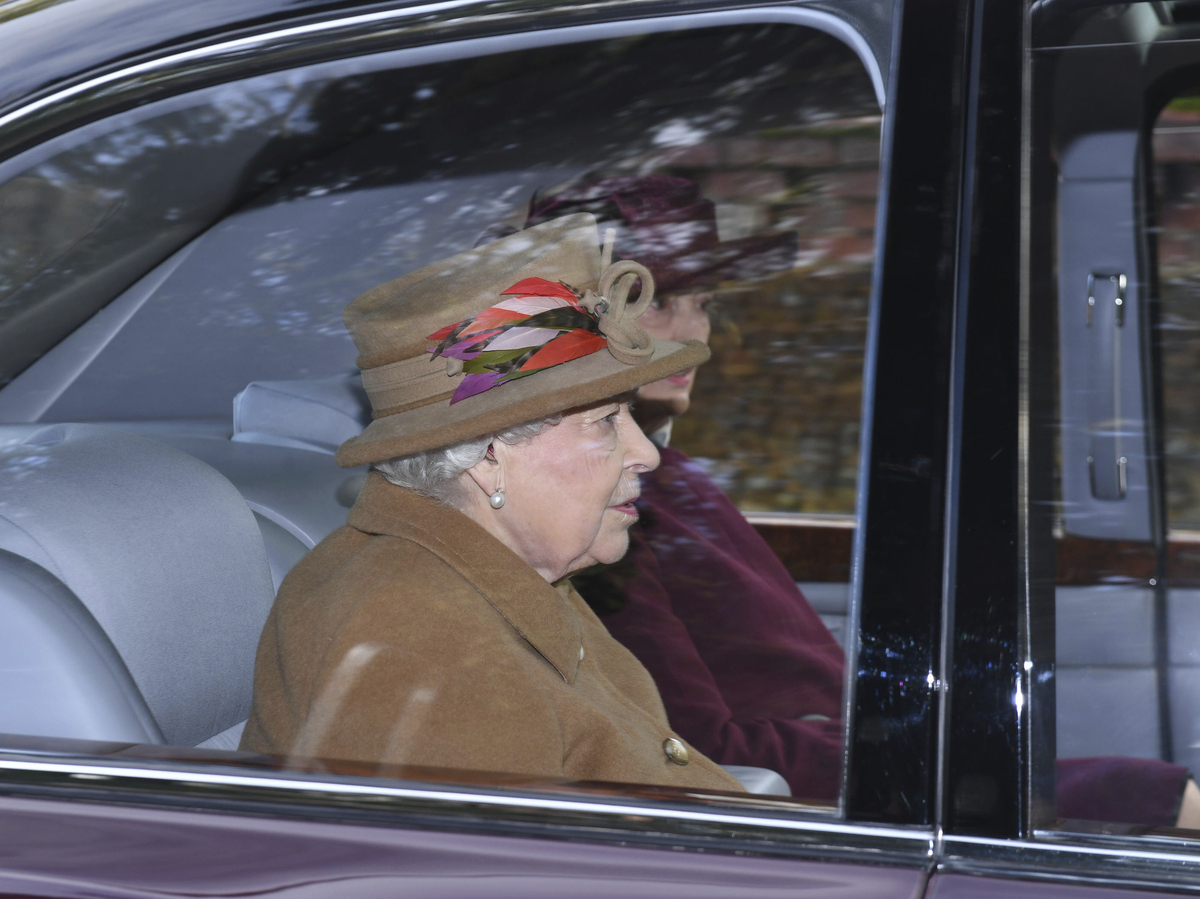 Queen Elizabeth II has called a family meeting to discuss Prince Harry and Meghan, the Duchess of Sussex's announcement this past week that they plan to "step back as 'senior' members of the Royal Family."

The meeting is scheduled for Monday and will be held at the queen's Sandringham estate about 100 miles north of London, according to reports by British media.

According to those reports, the queen will be joined by Harry; his father, Charles, Prince of Wales; and his older brother, Prince William, Duke of Cambridge. Meghan, who is currently in Canada, is expected to join the meeting by phone.

The goal of the meeting is to agree on next steps for the couple. It follows days of discussions at Buckingham Palace and consultations between palace officials and members of the British and Canadian governments about the couple's options.

Harry is sixth in line to the British throne, after his father, his brother and William's three children.

On Wednesday, the couple — formally known as the Duke and Duchess of Sussex — announced their decision in a statement published on their website and Instagram.

Prince Harry And Meghan To 'Step Back' From Their Royal Duties

Prince Harry And Meghan To 'Step Back' From Their Royal Duties

"After many months of reflection and internal discussions, we have chosen to make a transition this year in starting to carve out a progressive new role within this institution," the statement reads.

It goes on to say that the couple intends to "work to become financially independent, while continuing to fully support Her Majesty The Queen."

They also announced that they plan to balance their time between the United Kingdom and North America.

Buckingham Palace responded with its own short statement that discussions with the Duke and Duchess of Sussex regarding their decision were "at an early stage" and would "take time to work through."

The BBC reports that the royal family was not consulted before Harry and Meghan released their statement.

If members of the royal family were taken by surprise by the announcement, they were not alone. The announcement was equally "surprising" to royal family watchers, according to Kate Williams, a British historian and author of The Betrayal of Mary, Queen of Scots.

While many royal commentators and experts had expected the couple to step back from royal duties in some way, they weren't expecting it to happen "quite this quickly," said Williams in an interview with NPR's All Things Considered.

"This is a big, big departure from what any other royal has ever done before," said Williams.

While Harry is currently in England to attend the talks, Meghan went to Canada following their announcement, according to the BBC, to be with the couple's son, Archie.

As a family, they spent six weeks in Canada at the end of 2019 before officially returning to Britain. A step back had been anticipated since then, and Meghan's return to Canada has some observers suggesting that the couple may choose the country as their new home. 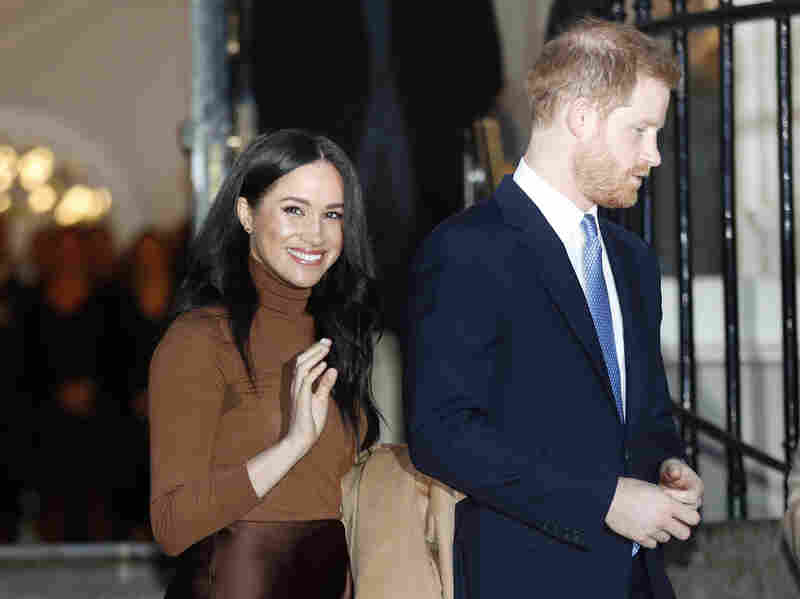 Britain's Prince Harry and Meghan, the Duchess of Sussex, depart from a visit to Canada House in London on Jan. 7. Frank Augstein/AP hide caption 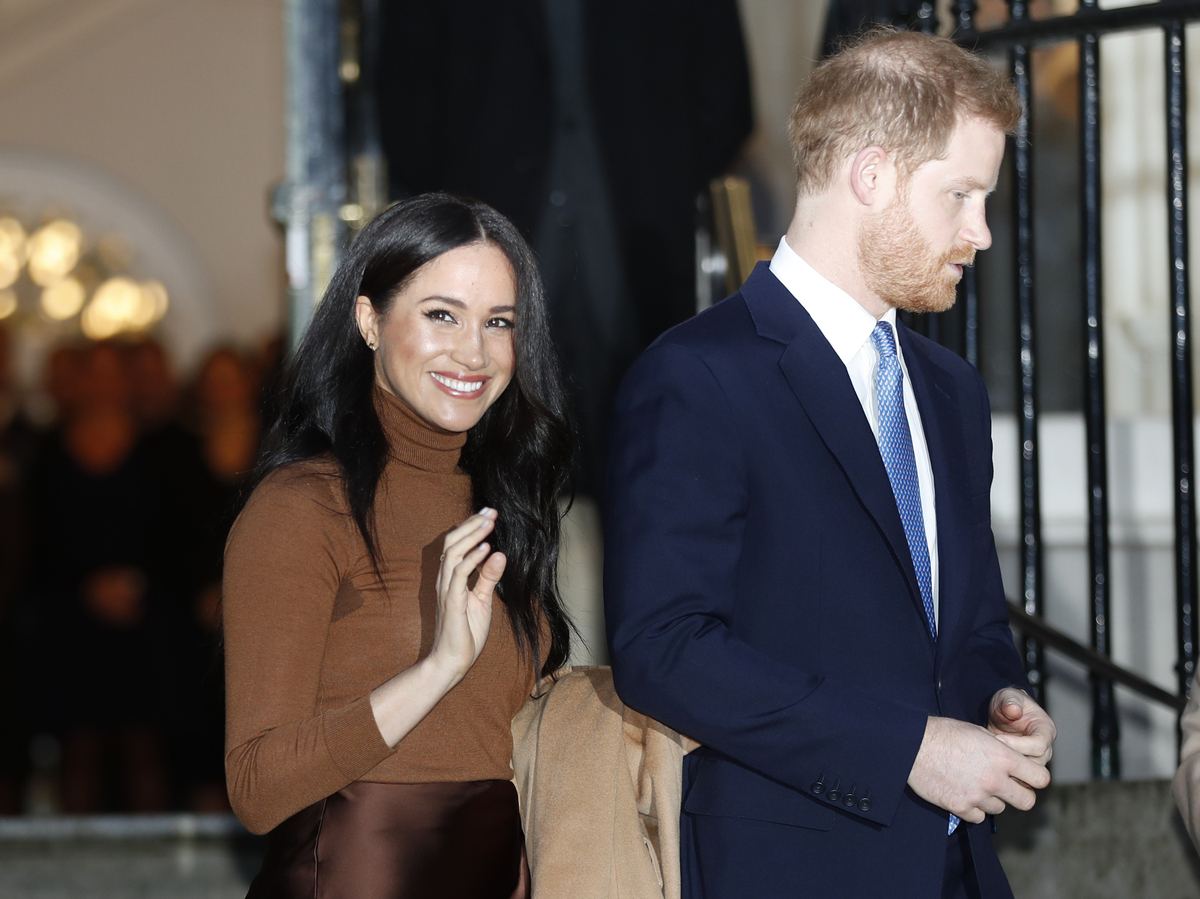 Britain's Prince Harry and Meghan, the Duchess of Sussex, depart from a visit to Canada House in London on Jan. 7.

While Meghan is a U.S. citizen, she spent several years living in Canada while working as a television actress on the television series Suits.

Some have suggested that moving to Canada would help better insulate the couple from media scrutiny. Meghan — who is biracial — faced persistent racist attacks from the media and online trolls even before she officially joined the royal family with her marriage to Harry in May 2018.

Writing in The New York Times this week, British journalist Afua Hirsch says that the hounding of Meghan by the British press is undoubtedly part of the reason that the couple decided to "step back."

Racism And The Royals

Racism And The Royals

"The very same tabloid newspapers, the same people in British society who have been hurling vitriolic abuse at Meghan Markle since the first day her relationship with Prince Harry became public, are exactly the same parts of society that have made life hostile for many people of color in Britain," Hirsch told NPR's Lulu Garcia-Navarro.

Hirsch said the press has repeatedly covered Meghan through a racist lens, even comparing her newborn child at one point to a baby chimp.

"[These are] really absurd suggestions that have been normalized by our media," Hirsch said. "I think it's not surprising at all that she and her husband have voted with their feet."

Regardless of the motivations behind the announcement, as the couple's plans move forward, many details still need to be worked out.

One big concern is security for the couple — including the question of who will pay for it. Right now, it is paid for by British taxpayers.

Meghan And Harry 'Step Back' As Royals — What Does That Mean, Exactly?

Another is just how "financially independent" the couple will become and how they plan to support themselves moving forward.

The Duke and Duchess of Sussex said they will no longer receive funding through the Sovereign Grant — British public funding that goes toward maintenance of the family palaces and the official duties of the queen.

But the couple's statement did not mention whether they will continue to receive money from Harry's father's private estate.

The couple will now be eligible to work and earn income, which they were not allowed to do while serving as senior members of the royal family.

Another question is whether the couple will maintain their royal titles or whether they'll be known just as Meghan and Harry.

While the future of the Duke and Duchess of Sussex remains uncertain, the fate of their wax doubles at the famous Madame Tussauds waxwork museum has been swiftly determined.

Following the couple's announcement, London's Madame Tussauds announced that it had removed the figures of the Duke and Duchess of Sussex from the royal set and that they will be housed elsewhere.

The museum's New York location said that it will also separate the figures of Harry and Meghan from the rest of the royal family. Their new home will be the A-List Party room, where they'll stand alongside Priyanka Chopra, Morgan Freeman and Brad Pitt.