Accessibility links
Man Admits To Murdering Investigative Journalist, A Crime That Rocked Slovakia When he was killed, Jan Kuciak had been reporting on alleged ties between high-ranking people in Slovakia's government and the Italian mafia. His fiancée was shot to death along with him. 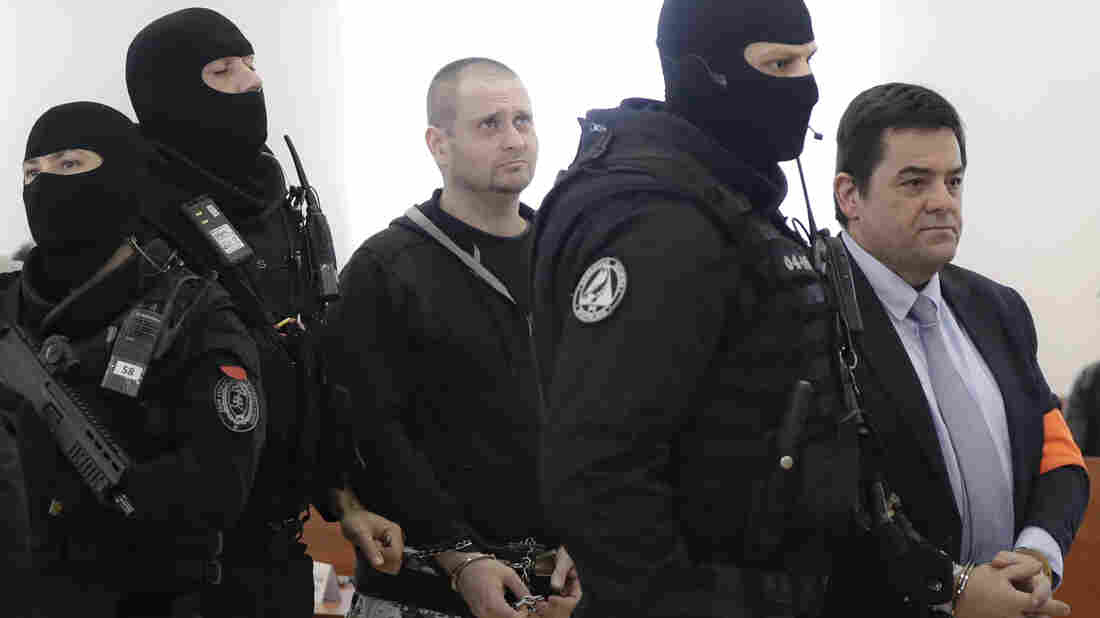 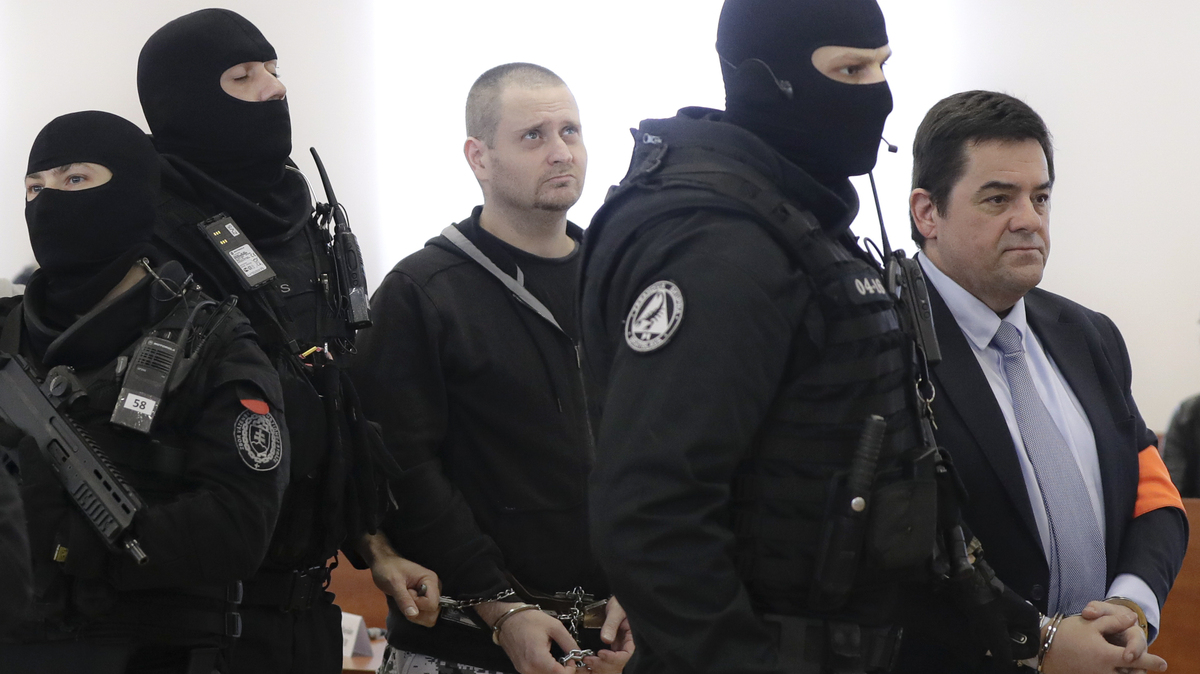 Miroslav Marcek (center) pleaded guilty to carrying out a plot to kill reporter Jan Kuciak and his fiancée. Marian Kocner (right) has denied playing a role in the killings.

A man accused of being a hired assassin has pleaded guilty to killing a journalist who investigated corruption in Slovakia — a shocking murder that led to the government's collapse in early 2018, along with the exit of several police and justice officials.

Miroslav Marcek pleaded guilty at the start of a high-profile trial for four people accused of carrying out a plot to kill reporter Jan Kuciak and his fiancée, Martina Kusnirova, in their home. At the time of his death, Kuciak, 27, had been reporting on alleged ties between high-ranking people in Slovakia's government and the Italian mafia. He and Kusnirova were shot to death.

"I am guilty in point one," Marcek told a special criminal court after prosecutors read indictments related to the murders on Monday, according to The Slovak Spectator. He later testified that the job of killing Kuciak had come to him through his cousin and co-defendant, Tomas Szabo.

While Kuciak was the target, it seems that Kusnirova's death resulted from an oversight as Marcek approached the house: He had not covered his face.

Asked why he killed Kusnirova, Marcek replied, "I saw the fact that when I knocked on the door without a balaclava, that it was not possible to just let it go," according to the Organized Crime and Corruption Report, which is monitoring the hearing.

Marcek is asked why he killed Martina, too, given that she wasn't the target.

"I saw the fact that when I knocked on the door without a balaclava, that it was not possible to just let it go," he says. /28

Prosecutors have accused a businessman named Marian Kocner of being the crime's mastermind, alleging that the contract killings cost nearly $80,000. In court on Monday, Kocner pleaded not guilty.

One year before his death, Kuciak had accused the businessman of threatening him because the journalist had published a story about Kocner. Kocner has denied playing a role in the killings. When he was formally charged in connection with the crime last spring, Kocner was already facing unrelated charges such as forgery.

Last month, the special criminal court approved a plea deal with Zoltan Andrusko, a fifth defendant who prosecutors say has been cooperating with police since early in the investigation. He was sentenced to 15 years in prison and could go free sometime after serving more than six years, according to Slovakian public broadcaster RTVS.

The other four accused conspirators refused a plea deal.

The slain journalist had worked on projects related to cases of broad corruption, drawing on sources such as the Panama Papers and Paradise Papers, according to the International Consortium of Investigative Journalists.

Kuciak's death sparked the largest protests Slovakia has seen since the 1989 Velvet Revolution in the former Czechoslovakia. It also resulted in a new push against political pressures on the media.

In the wake of Kuciak's death, Slovakia elected political novice Zuzana Caputova as its first female president last year. Caputova, an attorney, has promised to root out corruption.

Kuciak was regarded as a rising star in journalism. As a reporter for Aktuality.sk, he and a colleague were recognized with an award in 2016 for their work exposing how addicts and impoverished people were duped into signing documents as part of schemes to fraudulently liquidate companies.