Accessibility links
'California Neighborhoods Count' Checks Accuracy of 2020 Census Data This year, some homes in California may be asked to participate in two head counts. To check the accuracy of the 2020 census, the state is sending out its own workers to survey certain neighborhoods.

Listen · 4:27 4:27
Outspending Every Other State On The Census, California Starts Its Own Count Too 4:27 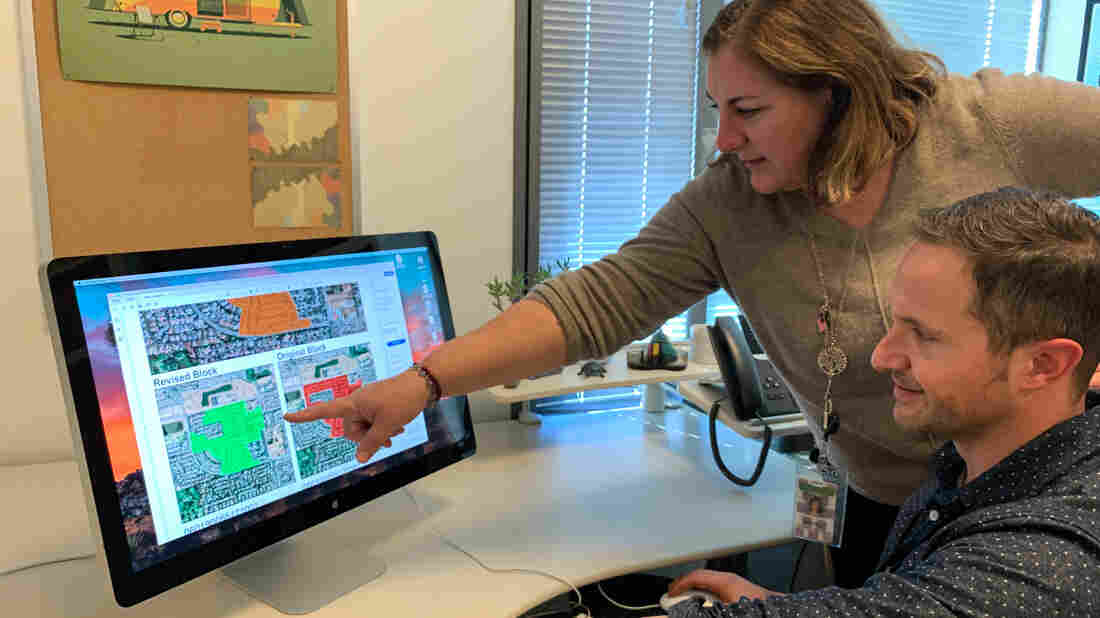 Robert Bozick (right), a demographer at the RAND Corporation, and Beverly Weidmer, a survey director, review maps of a neighborhood selected to be included in the California Neighborhoods Count at the think tank's headquarters in Santa Monica, Calif. Hansi Lo Wang/NPR hide caption 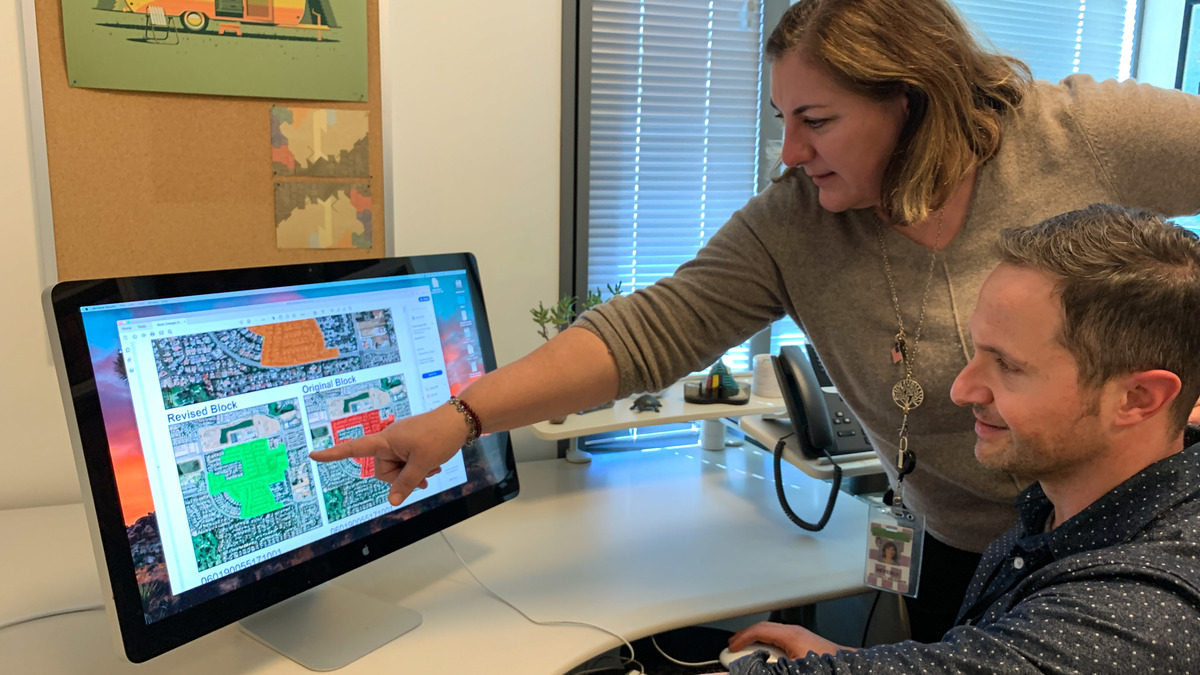 Robert Bozick (right), a demographer at the RAND Corporation, and Beverly Weidmer, a survey director, review maps of a neighborhood selected to be included in the California Neighborhoods Count at the think tank's headquarters in Santa Monica, Calif.

In California, officials are so concerned the U.S. census will undercount the state's residents this year, they want some neighborhoods counted not once, but twice — first by the U.S. Census Bureau, and then by the state government.

Starting Tuesday, California is sending out workers to knock on doors as part of a sort of mini-census the state is officially calling the California Neighborhoods Count.

The unique effort is the latest example of how some states are preparing more than others to drum up participation in the constitutionally mandated head count of every person living in the country, expected to be fully underway by mid-March.

The results come with at least a decade's worth of consequences, including each state's share of congressional seats, Electoral College votes and an estimated more than $1.5 trillion a year in federal funding.

2020 Census Could Lead To Worst Undercount Of Black, Latinx People In 30 Years

While some states, including Texas, are not spending a single tax dollar, California lawmakers have funded a census outreach campaign with more than $187 million — the most out of any state.

Around $5 million is going to the RAND Corporation for the Santa Monica, Calif.-based think tank's survey research group to conduct a small-scale count involving around 20,000 homes, a fraction of a percentage of California's 13 million households. The state selected households mostly from areas where there's been low census participation.

"We're worried that not every Californian is going to be counted in the census," says Irena Asmundson, chief economist at the California Department of Finance, which is overseeing the state's count through its demographic research unit. "We have a lot of foreign-born residents. We have people in unusual living situations, so that takes a little bit of extra outreach. And we wanted to go the extra step."

That step includes duplicating many of the Census Bureau's efforts, including canvassing neighborhoods for signs of hidden housing and visiting homes to conduct interviews about people's race, sex and other demographic information. Unlike for the U.S. census, however, taking part in California's count is not required by law, and households receive $10 for completing the survey.

California officials plan to compare their results with the federal census data next year. In the past, some states and cities have tried to challenge the U.S. census numbers with lawsuits or requests for a recount.

Asked by NPR whether California is setting itself up to challenge the census with the outcome of this state count, Asmundson says: "I have no comment. I don't think that it's going to be large enough. We'll cross that bridge when we come to it."

Robert Bozick, a RAND demographer who's helping to lead the think tank's work for the count, acknowledges it is a "potentially politically thorny project" given the high stakes. Next year, California could lose a congressional seat for the first time in the state's history, a recent projection by the political consulting firm Election Data Services found.

Bozick also points to the complications of conducting a state count at the same time as the U.S. census.

"The ideal situation is people are visited by the Census Bureau first before we visit them," Bozick says. "That's not going to happen in all cases."

Robert Santos, vice president and chief methodologist at the Urban Institute, sees the project as California officials "doing their due diligence" when it comes to mitigating the risk of an undercount. But Santos warns the state's efforts may ultimately do more harm than good.

"There are some populations that would be suspicious, and that's going to cause problems," Santos adds.

With so much distrust in the government, especially among immigrants and communities of color, Santos says he's worried the state sending out its own door knockers may keep more people away from any count.