Accessibility links
U.S. Driver's License Network Goes Down, Slowing DMV Offices Across The Nation The network that motor vehicle agencies around the U.S. use to verify critical information went down Monday morning. It took roughly four hours to fix the problem. 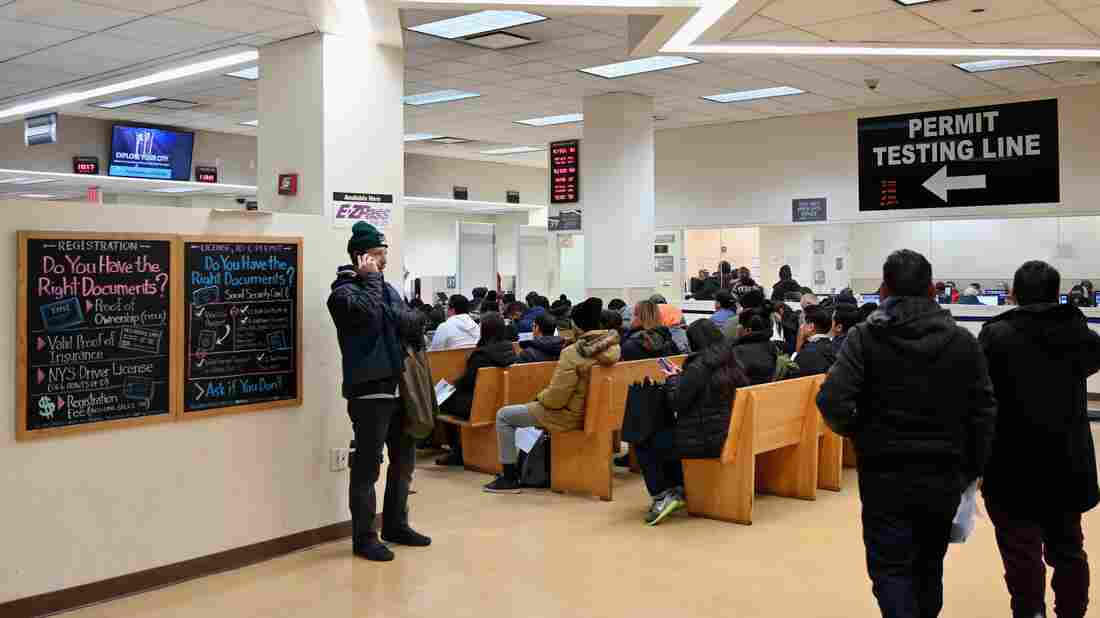 DMV offices around the U.S. were slowed down for hours on Monday, due to a network outage in a key database. Here, people wait at the New York State Department of Motor Vehicles office in Brooklyn last month. Angela Weiss/AFP via Getty Images hide caption 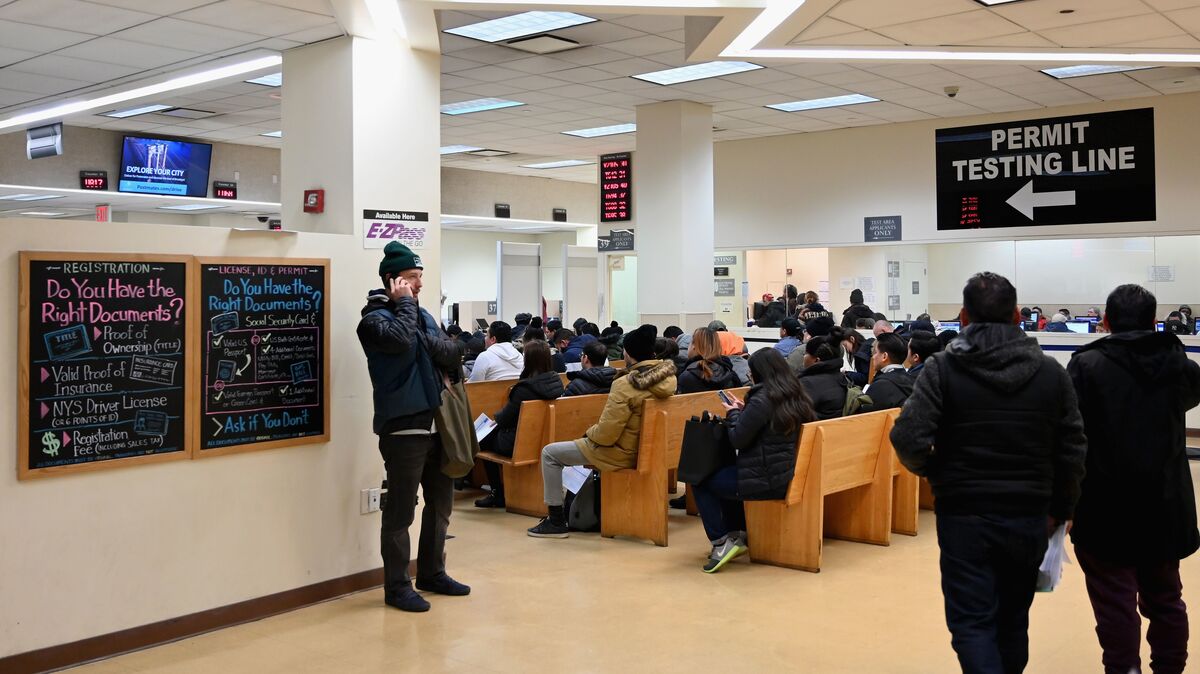 DMV offices around the U.S. were slowed down for hours on Monday, due to a network outage in a key database. Here, people wait at the New York State Department of Motor Vehicles office in Brooklyn last month.

Drivers who went to DMV offices Monday morning were likely hoping for a quick end to what can be a painfully slow process — but in offices around the U.S., that process ground to a halt for roughly four hours, due to a widespread network problem.

"The network that connects motor vehicle agencies across the United States to each other and to various verification services" began experiencing an outage at 10 a.m. ET, says Claire Jeffrey, communications manager for the American Association of Motor Vehicle Administrators.

The issue wasn't resolved until 2 p.m., Jeffrey says. In the meantime, many driver's license and vehicle registration offices were unable to use a key database search tool that lets them verify information.

Crucially, the states were blocked from using the PDPS, which "contains information on individuals whose privilege to operate a motor vehicle has been revoked, suspended, canceled or denied or who have been convicted of serious traffic-related offenses," according to the National Highway Transportation Safety Administration, or NHTSA.

In addition to those services, the Massachusetts Registry of Motor Vehicles said the network outage left it unable to verify U.S. passports.

NHTSA manages the PDPS, while the AAMVA operates the network states use to access the system. The AAMVA is a nonprofit that includes DMV offices across the U.S. and Canada. Every U.S. state uses the system to verify a driver's eligibility for a license and for other critical functions.

Word about the outage was slow to emerge. One of the earliest official notices came just before noon, when the Tennessee Department of Safety and Homeland Security published an alert on its website.

"We apologize for the inconvenience," the New York State Department of Motor Vehicles said in a tweet around 1:30 p.m., explaining that the national outage was still causing problems, even as some reports emerged that the issue was fixed.

The issues left frustrated motorists wondering when they'd be able to conclude their business — and whether they might be forced to go through another full visit to the DMV.

"I've been waiting for 5 hours for a renewal, do I have to start this process all over again???" one Twitter user said in reply to New York state's DMV. The agency did not reply.

The last time the network went down this completely was in May 2018, according to the AAMVA.

As for what brought the system down Monday, Jeffrey says, "We are in the process of conducting a root cause analysis to determine what created the outage."

The outage left DMV offices around the country helpless to issue many new documents and credentials.

"The Problem Driver Pointer System (PDPS) is down nationwide and as a result we are unable to process many license transactions," the Vermont Division of Motor Vehicles announced Monday.

Every U.S. state and the District of Columbia pays a share of the cost of using the AAMVA's network to search the PDPS system; the prices are adjusted based on population size.