Accessibility links
Who Are Trump's Impeachment Lawyers? From Cipollone To Starr The president's defense team will be rounded out by a group of attorneys who are as comfortable in front of the television cameras as they are in courtrooms. 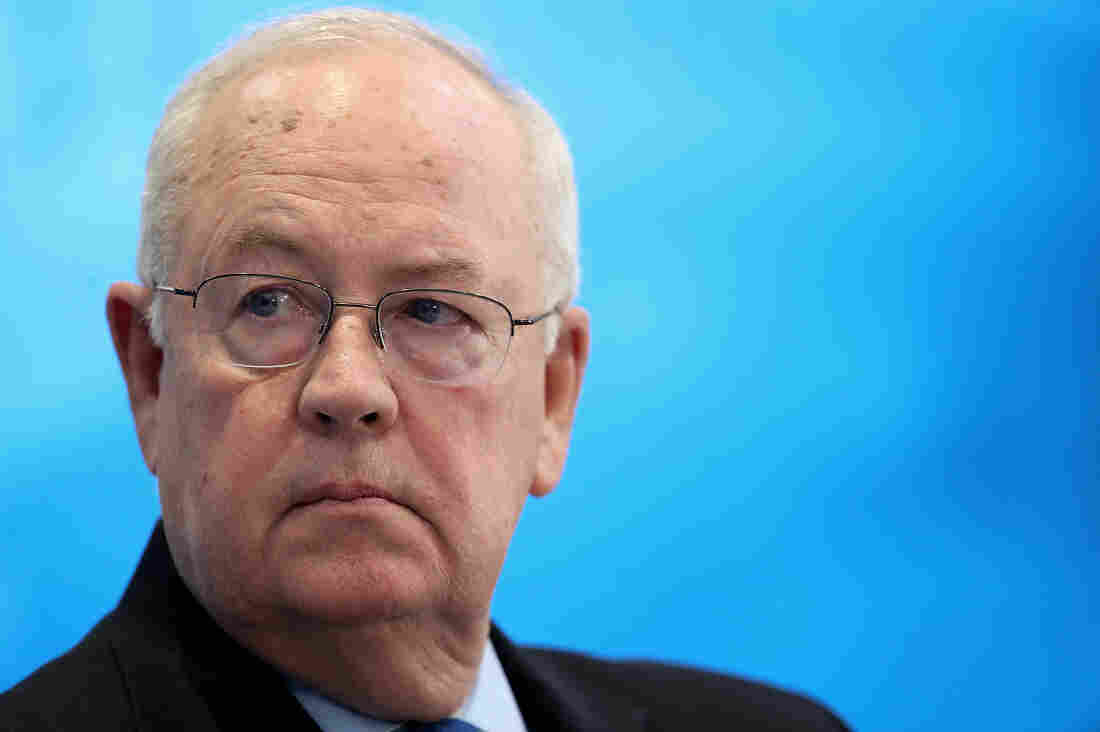 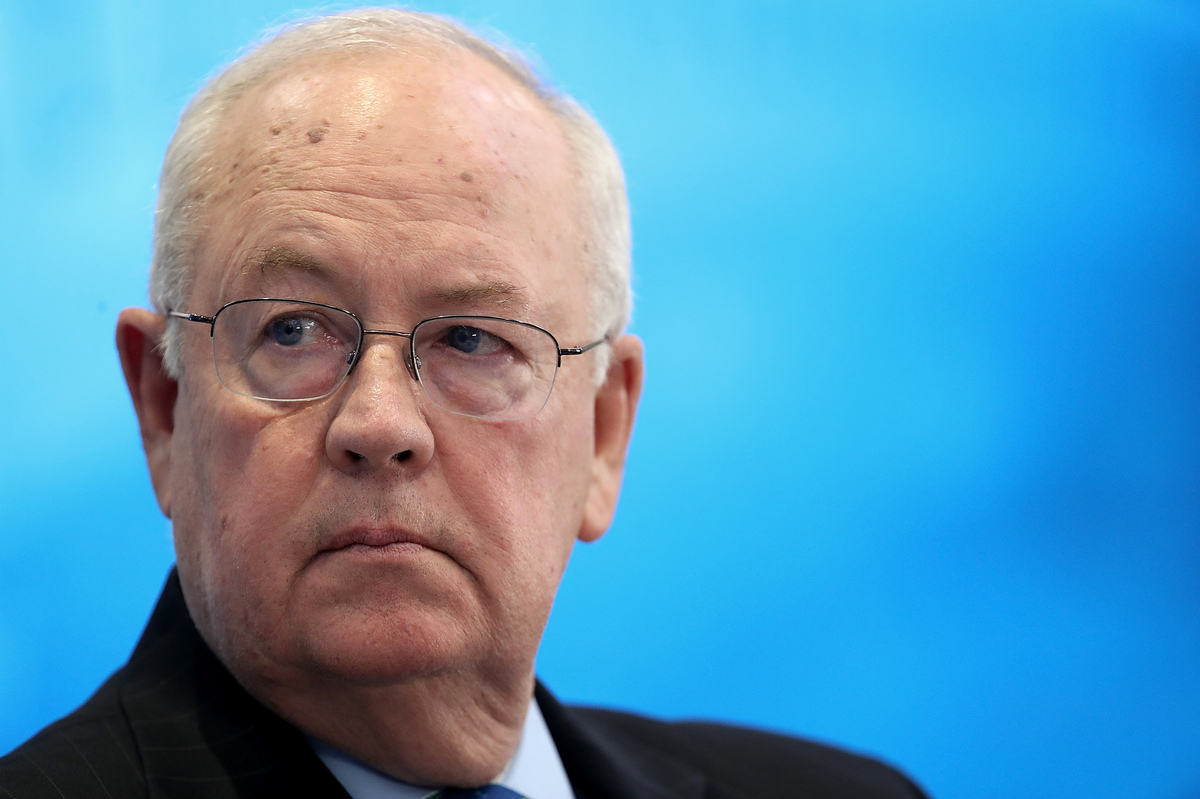 President Trump has picked some high-wattage lawyers to round out his defense team for the Senate impeachment trial — a group of attorneys who are as comfortable in front of the television cameras as they are in courtrooms.

The team will be led by White House counsel Pat Cipollone and Jay Sekulow, a private attorney who represented Trump in the Russia investigation.

Here are more details about the team.

Cipollone played a key role in the House impeachment inquiry, writing aggressive letters to House investigators to deny congressional subpoenas. He mainly stayed out of public view, but he will now take a more prominent role.

Cipollone served as an outside adviser during special counsel Robert Mueller's probe into Russian interference in the 2016 election. Trump picked him to replace Don McGahn as White House counsel in October 2018. Two of his deputies — Pat Philbin and Mike Purpura — will also play a role.

Sekulow is a personal attorney to Trump. He was a key player in the president's defense during the two-year Mueller investigation. "He's probably the best constitutional lawyer who will be participating," said Ty Cobb, a former White House lawyer who worked closely with Sekulow on the White House response to the Russia investigation. 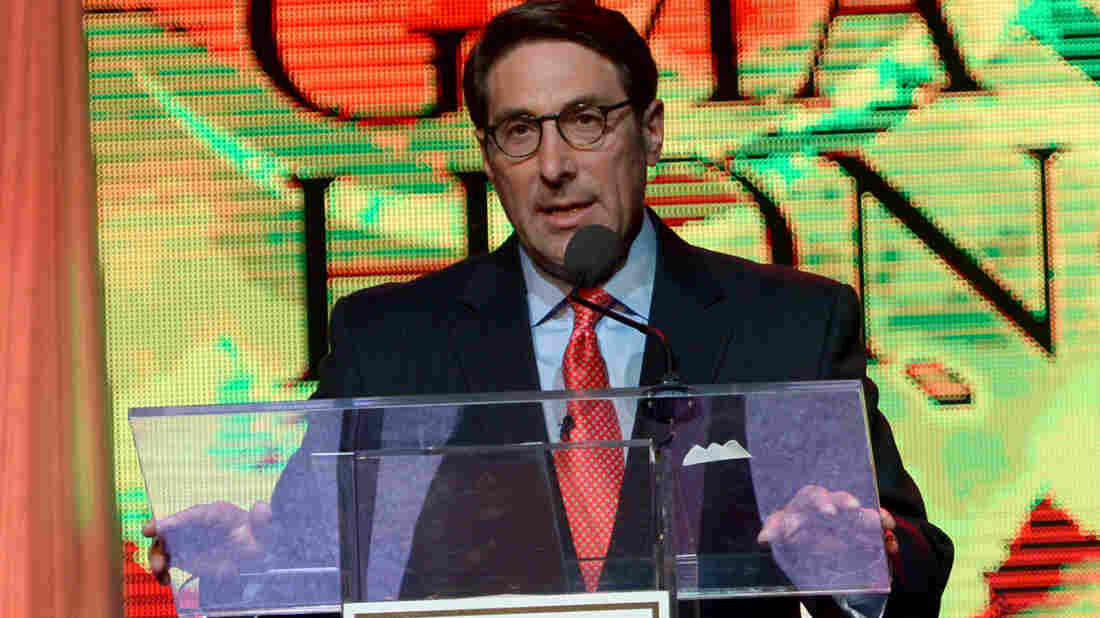 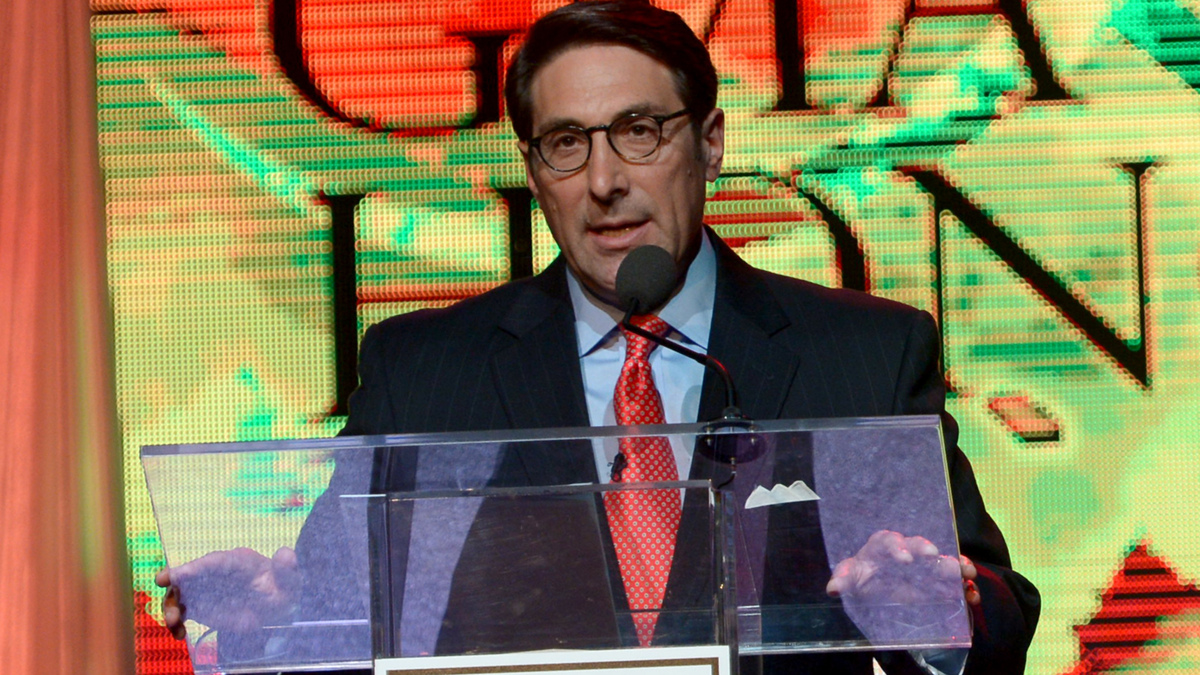 Sekulow, the chief counsel for the firm American Center for Law and Justice, has also represented Trump on other matters, including the fight over the president's tax returns. He is known for his advocacy on religious liberty issues.

"As the president's private counsel, since I've been involved in all of these inquiries since the beginning, we thought it was then appropriate," said Sekulow of joining the impeachment defense.

Starr is the former independent counsel whose investigation of Clinton led to the president's impeachment. Starr's probe focused on an affair between the president and White House intern Monica Lewinsky.

Shortly after the news broke that Starr would join Trump's team, Lewinsky tweeted her reaction: "this is definitely an 'are you f***ing kidding me?' kinda day," she wrote.

A former solicitor general, Starr has argued 36 cases before the U.S. Supreme Court, according to a biography on his law firm's website. 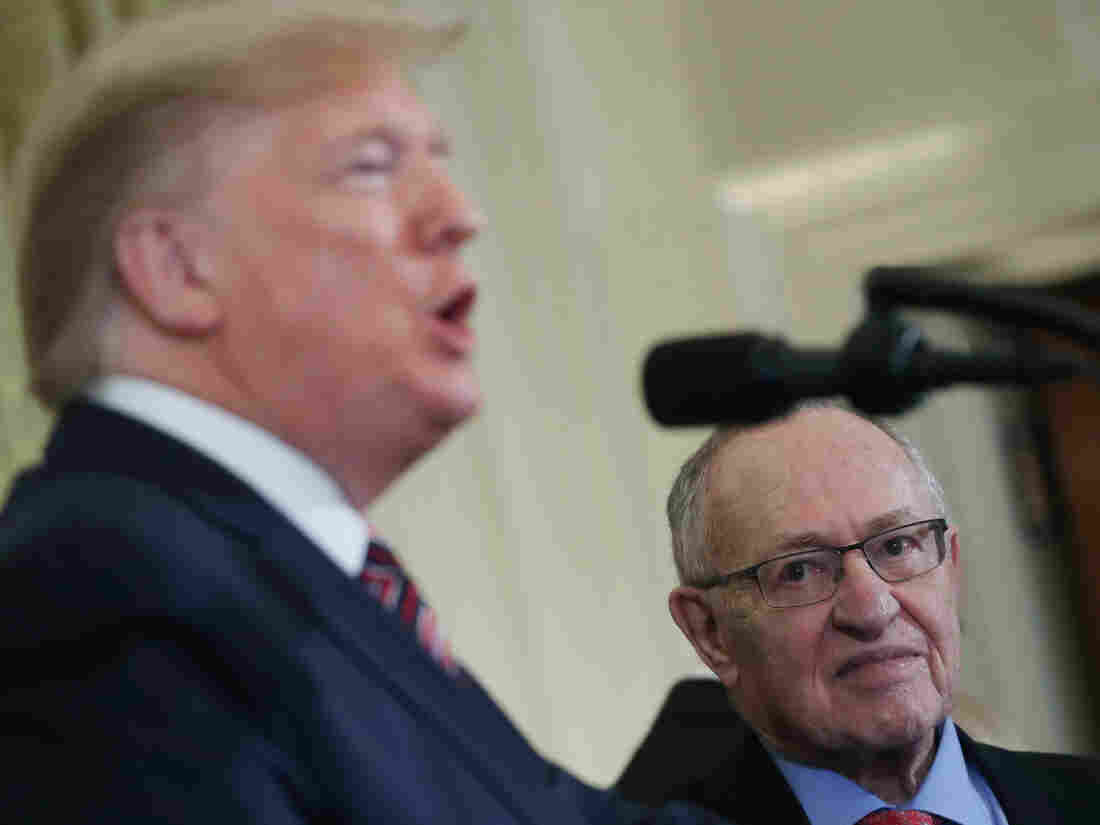 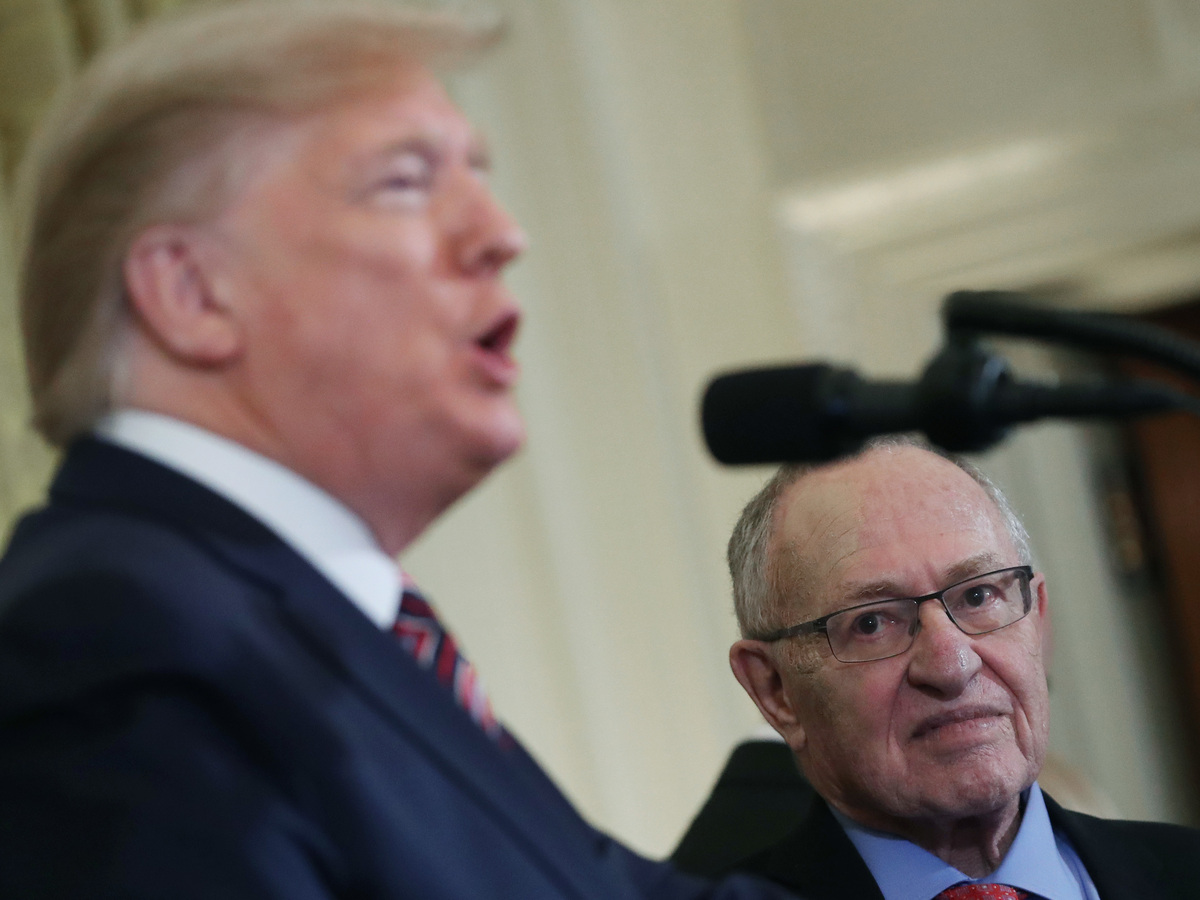 Dershowitz is a Harvard Law professor emeritus known for defending celebrities like O.J. Simpson and Mike Tyson. For the impeachment trial, he said his role will be limited to constitutional arguments. "I will not be involved in arguing the facts, nor will I be part of the defense team in the sense of strategy on the facts," he told All Things Considered's Mary Louise Kelly on Friday.

Dershowitz told Here & Now earlier this month that he believes Trump has not committed an impeachable offense. "I'm not opposed to impeachment, but I strongly oppose impeachment on grounds like obstruction of Congress or abuse of power," he said. "Those are not in the Constitution, and the framers would never have accepted that in the Constitution."

Dershowitz has recently come under scrutiny for representing accused child-sex trafficker Jeffrey Epstein, who authorities say killed himself in prison while awaiting trial. One of Epstein's accusers has said Dershowitz abused her, too — allegations that Dershowitz denies.

Ray is a prosecutor and former head of the Office of the Independent Counsel. He is known for the 237-page report he wrote on Clinton and Lewinsky. Now a white-collar criminal defense lawyer, Ray also makes frequent television appearances.

Raskin is a former federal prosecutor and veteran defense lawyer from the Miami area. She and her husband worked with Sekulow and Trump attorney Rudy Giuliani during the Mueller probe. She has worked on many high-profile white-collar cases, including federal immigration agents suspected of extorting money from drug kingpins, reputed members of the mob and a contractor tied to the 1996 ValuJet plane crash in the Everglades.

Herschmann is a partner at New York law firm Kasowitz, Benson, Torres. That firm is led by Marc Kasowitz, who represented Trump before he became president, and was briefly Trump's lawyer for the Russia probe. 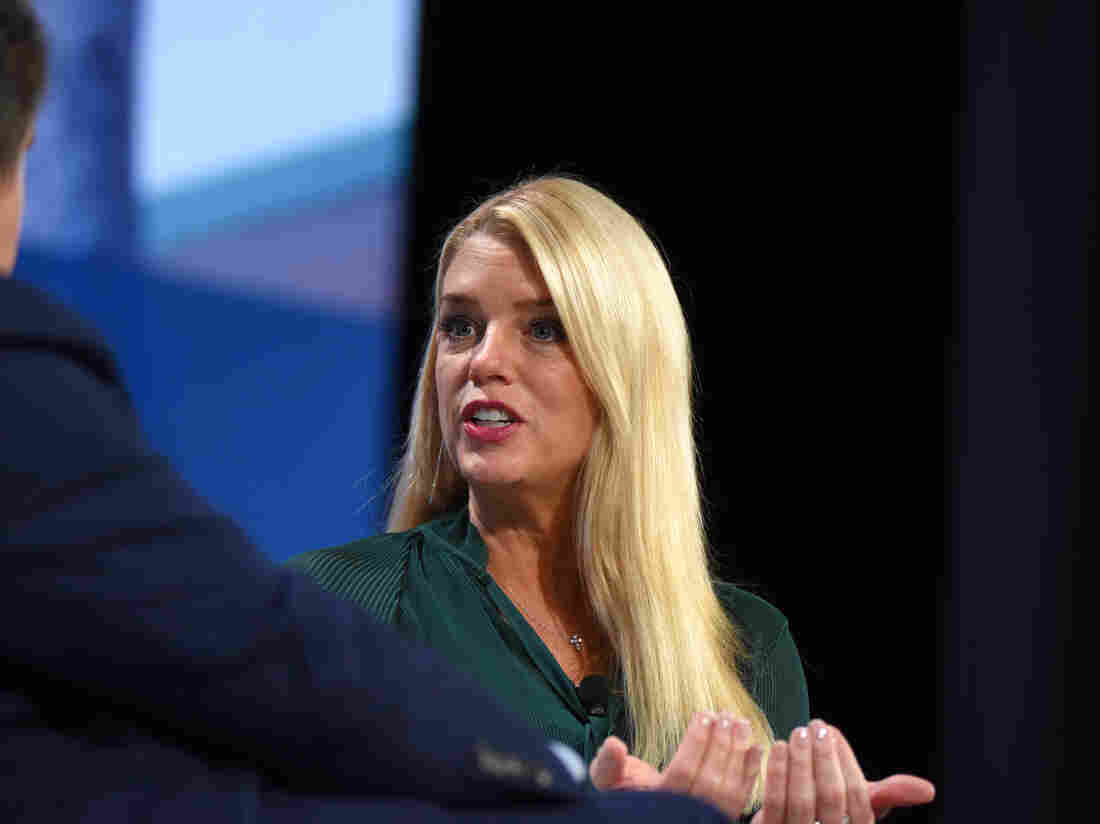 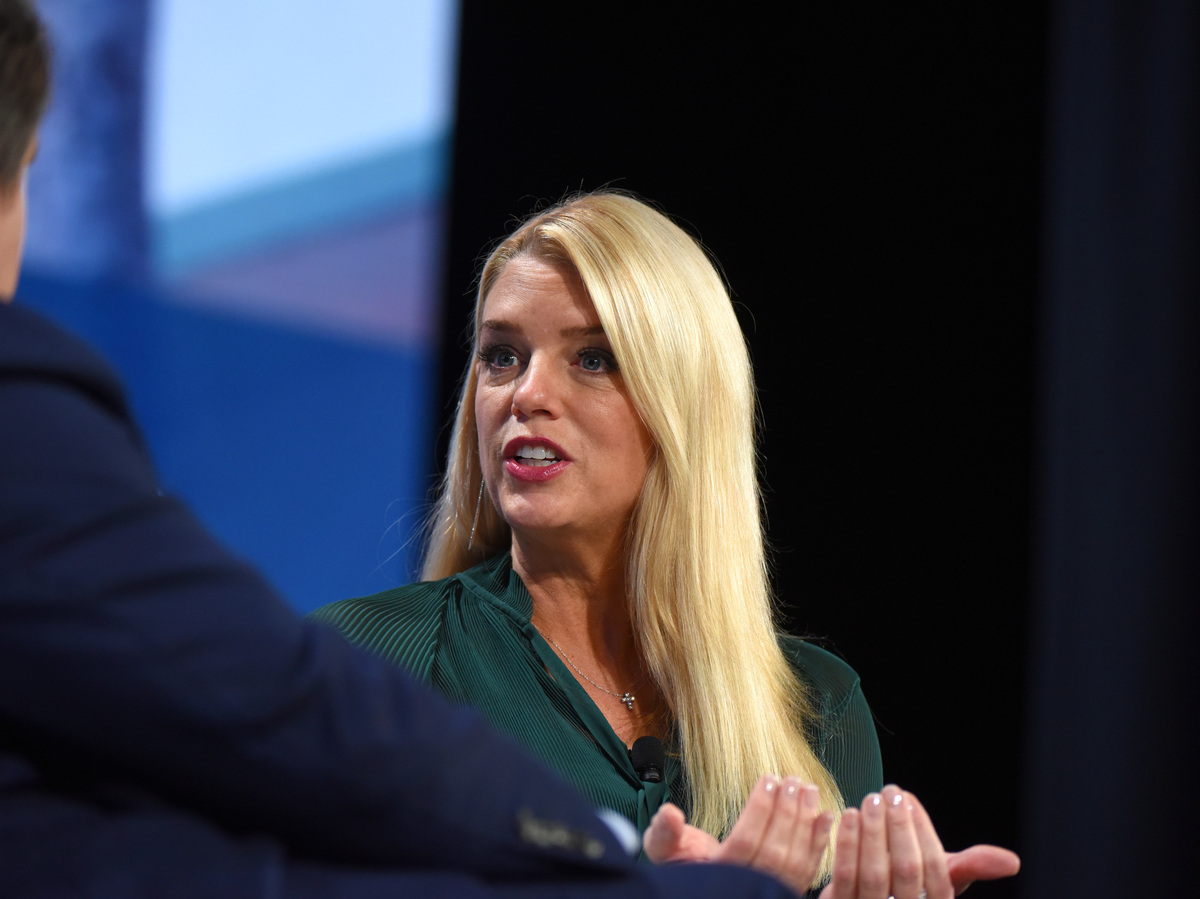 Bondi is the former Florida attorney general whom Trump originally picked to help with White House communications during the House impeachment inquiry hearings. Now, she will move to join the defense team. Bondi is a regular guest on Fox News and longtime Trump supporter who endorsed him during the 2016 primaries.