Accessibility links
Supreme Court Hears Arguments In New Jersey 'Bridgegate' Case The "Bridgegate" scandal infuriated motorists and endangered public safety, but if the past is prologue, the high court could treat it as much ado about nothing. 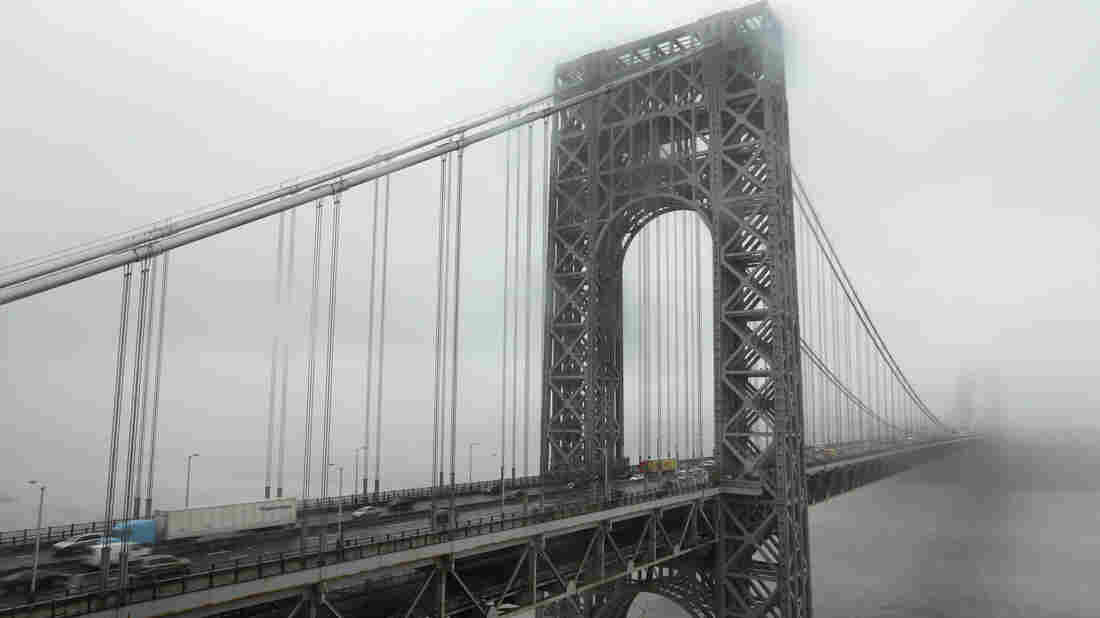 Traffic crosses the George Washington Bridge in Fort Lee, N.J. The bridge made headlines in 2013 when two access lanes were shut down, creating gridlock — and a political scandal. Richard Drew/AP hide caption 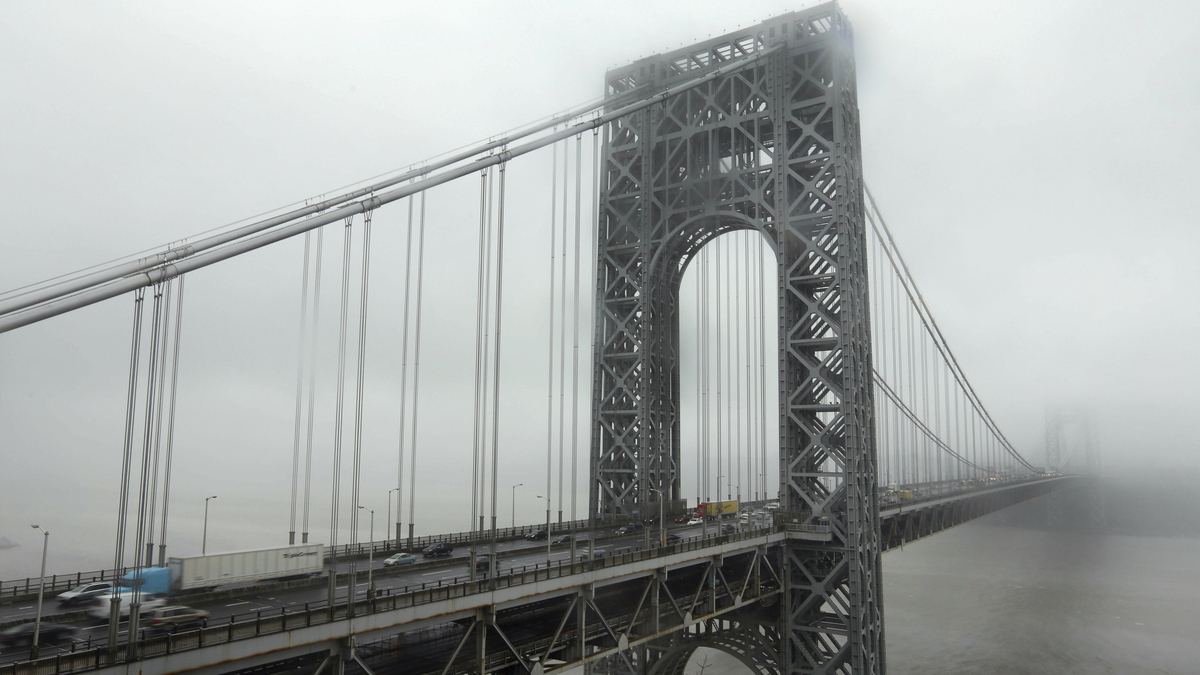 Traffic crosses the George Washington Bridge in Fort Lee, N.J. The bridge made headlines in 2013 when two access lanes were shut down, creating gridlock — and a political scandal.

"Bridgegate" was the political scandal that marked the beginning of the end of New Jersey Gov. Chris Christie's presidential hopes. The scandal's legal consequences could prove more consequential if, as prosecutors fear, the criminal convictions in the case are thrown out by the Supreme Court.

On Tuesday, the justices will revisit the case that made headlines in 2013 on the first day of school when, unbeknownst to the public, officials close to Christie ordered the shutdown of two of three access lanes from Fort Lee onto the George Washington Bridge.

The result was chaos, and it went on for four days.

The George Washington Bridge, which connects New York and New Jersey, is the busiest bridge in the world, with 250,000 to 300,000 vehicles crossing each day. So when two of Fort Lee's three access lanes were closed, the gridlock was so serious that even paramedics answering 911 calls had to abandon their ambulances to walk with whatever equipment they could carry.

In the end, it turned out that officials appointed by the Republican governor had ordered the closings to punish the Democratic mayor of Fort Lee for refusing to endorse Christie for reelection.

Christie professed ignorance, and embarrassment, and a federal investigation ensued.

The Republican governor was not prosecuted. But his poll ratings plummeted, never to recover. And three public officials close to him were convicted of fraud in the scandal.

One, David Wildstein, a top staffer at the Port Authority, which runs bridges and tunnels in the New York area, pleaded guilty. Two others were tried, convicted of fraud, and sentenced to prison: William Baroni, the deputy director of the Port Authority, and Bridget Anne Kelly, Christie's deputy chief of staff. She famously texted during the gridlock, "Is it wrong that I'm smiling?"

She has consistently maintained that she was essentially a fall guy for Christie.

"I will not allow myself to be the scapegoat in this case," she said after her conviction. "I look forward to the appeal."

On Tuesday, she will be at the Supreme Court, where her lawyers will argue that her actions, and those of Baroni, were driven by a political motive, and while that may not be attractive, it is not fraud.

If Kelly can go to jail for her actions in Bridgegate, they say, there is no limit to who could be prosecuted — a mayor who rewards a political supporter by ordering pothole repairs on her street instead of another, or a staffer who requests an environmental review to placate a lobbying group, or a state official who appoints a friend to a position, calling him the best qualified, when he is not.

But the government sees the case very differently. It is not Kelly's political motives that are the issue, the government says. It is the use of public funds and property to carry out and cover-up the Bridgegate plot.

The jury found that in order to hide the true purpose of the lane closing, Kelly and Baroni created a phony traffic study and assigned public employees to gather information for it. In addition to the money paid to those employees for their time, the government says thousands more in taxpayer funds were paid out to toll collectors on the bridge because of dislocations caused by the lane closing.

All of this may sound like hairsplitting, but when it comes to white-collar crime and political corruption, the modern-day Supreme Court has made it increasingly difficult to prosecute wrongdoers. In recent years, for instance, the Supreme Court has thrown out multiple public corruption convictions — in some cases, the court has all but eviscerated broad statutes aimed at ensuring the honest services of public employees.

As a result, federal prosecutors have increasingly relied on anti-fraud statutes instead. So a loss in the Kelly case could strip prosecutors of yet another tool.