Accessibility links
St. Louis Chief Prosecutor Accuses City, Police Union Of Racist Conspiracy In Lawsuit Kim Gardner, the city's first black prosecutor, alleges that the city, police union and others are trying to force her out of office and block her reform agenda. 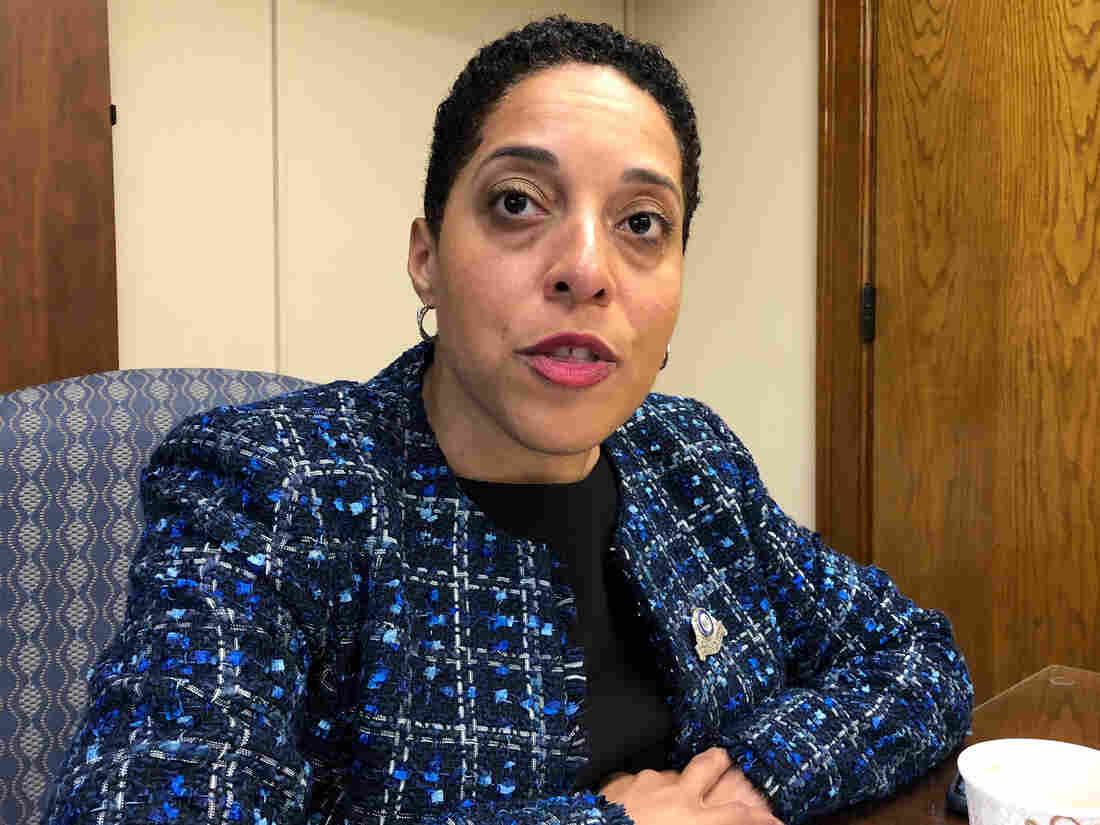 St. Louis Circuit Attorney Kim Gardner filed what she called an unprecedented federal civil rights lawsuit on Monday, accusing the city, the local police union and others of a coordinated and racist conspiracy aimed at forcing her out of office. Jim Salter/AP hide caption 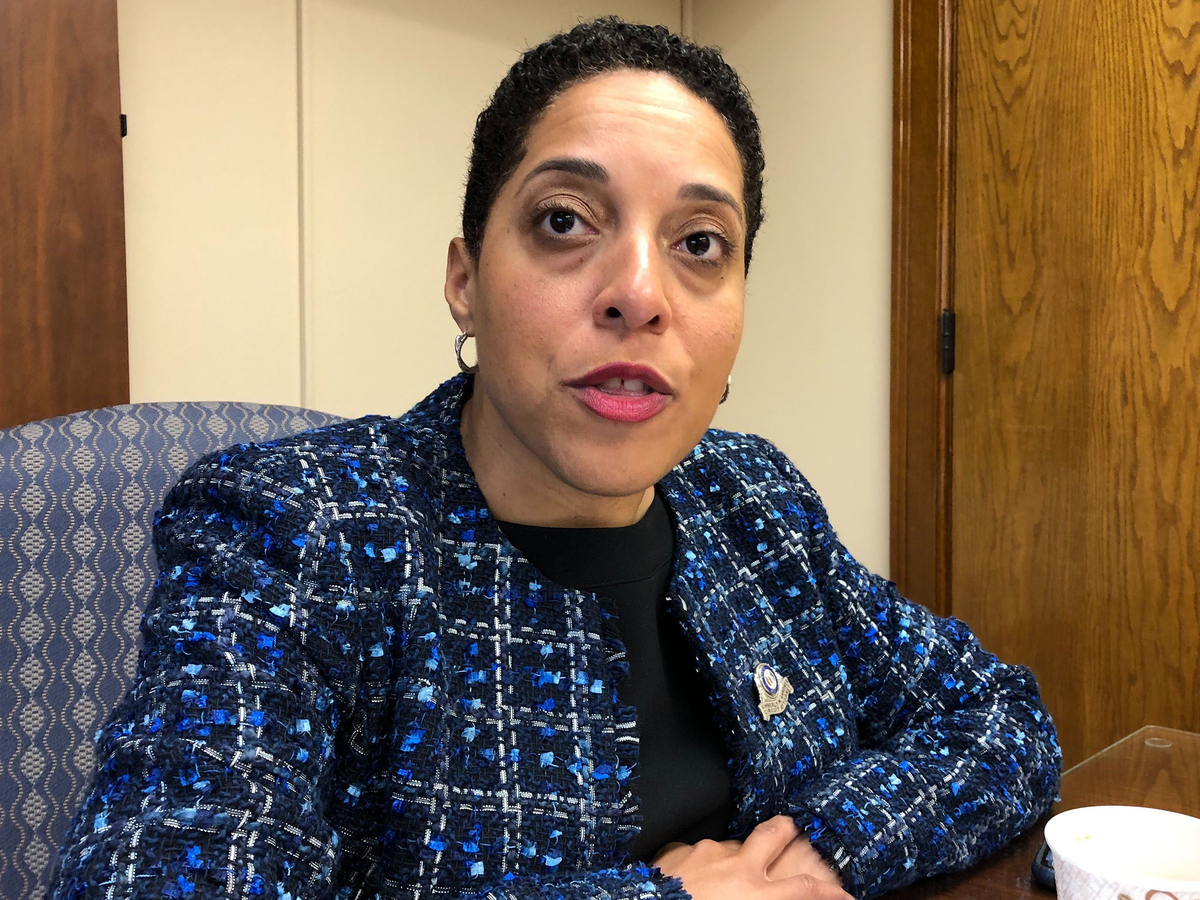 St. Louis Circuit Attorney Kim Gardner filed what she called an unprecedented federal civil rights lawsuit on Monday, accusing the city, the local police union and others of a coordinated and racist conspiracy aimed at forcing her out of office.

St. Louis' first black prosecutor, Kim Gardner, has sued the city, its police union and five others for what she calls a racist effort to block her reform agenda.

"Gardner was elected in 2016 on a promise to redress the scourge of historical inequality and rebuild trust in the criminal justice system among communities of color," reads the lawsuit filed Monday in federal court. "Unfortunately, entrenched interests in St. Louis ... have mobilized to thwart these efforts through a broad campaign of collusive conduct" to protect the status quo and remove Gardner from office.

Jacob Long, a spokesman for Mayor Lyda Krewson, said the city "vehemently denied what it considers to be meritless allegations levied against it" and expected to be "fully vindicated."

Jeff Roorda, a police union official named in the suit, called it "the last act of a desperate woman."

The suit has its roots in the 2018 prosecution of then-Missouri Gov. Eric Greitens. Gardner hired an outside investigator to look into accusations that Greitens took a semi-nude photo of a woman with whom he was having an affair and then transmitted it in a way that it could be accessed by a computer. Gardner later dropped the charge after Greitens' attorneys raised questions about the conduct of that investigator, William Tisaby.

The defense team wanted Tisaby to testify. When he refused, a judge ordered Gardner to testify instead, something she said she could not do while also prosecuting the case.

Police investigating perjury allegations against Tisaby asked a second judge in June 2018 to appoint a special prosecutor, a request that Judge Michael Mullen granted. Mullen then named St. Louis attorney Gerard Carmody to that role. Carmody presented the case to a grand jury, which indicted Tisaby on seven counts of perjury and evidence tampering. Tisaby has pleaded not guilty.

Gardner's suit points out numerous connections between Carmody, his law firm, Gardner's opponents in the 2016 election, Greitens' defense team, and the St. Louis Police Officers Association, which has frequently clashed with Gardner. Gardner accuses the St. Louis police department of delaying investigations into threatening letters she received during the Greitens prosecution.

Defendants "have conspired for the purpose of impeding, hindering, obstructing, or defeating the due course of justice, with the intent to injure Gardner or her property for lawfully enforcing and/or attempting to enforce the rights of all persons within the City of St. Louis to equal protection of the laws," her attorneys wrote.

They are seeking monetary damages and asking a judge to stop the defendants from "violating Gardner's civil rights."

Carmody, the special prosecutor, declined to comment. He is named in the suit — along with his daughter Ryann and son Patrick, who have worked on the case against Tisaby. Charles Lane, the seventh individual sued, is a former police officer who challenged Gardner's authority to pay for outside attorneys using city money.

The lawsuit lists just one instance in which Gardner was unable to achieve something because of the actions of the defendants. But Allison Hawk, a spokeswoman for Gardner, said the legal battles over the Greitens prosecution had taken a lot of time and effort.

Roy Austin, one of eight attorneys listed in federal court papers, said the advocacy group Mothers Against Police Brutality was covering the cost of litigation. The group did not return a phone call or an email for comment.