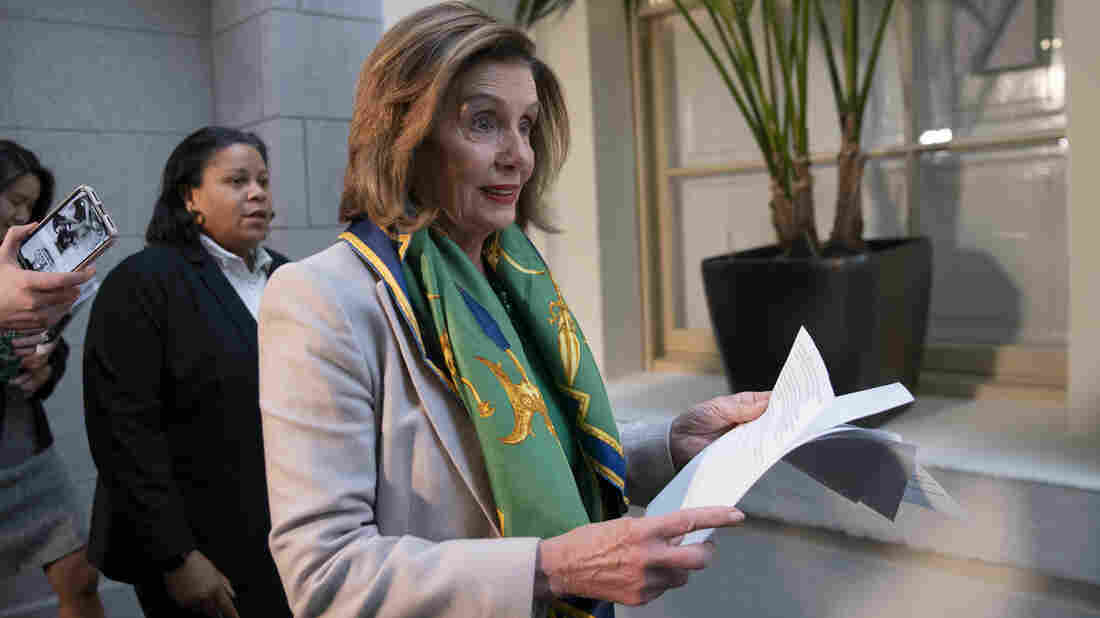 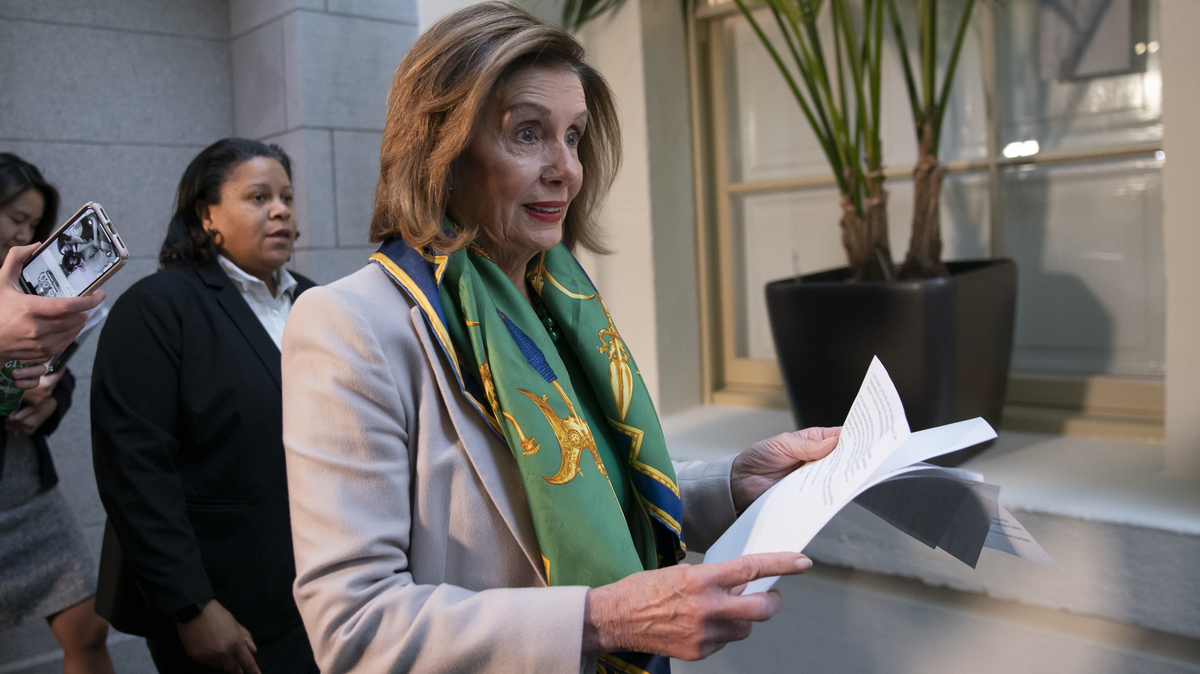 Speaker Nancy Pelosi told Democrats the House will vote to send the articles of impeachment against President Trump to the Senate Wednesday.

The House will vote to send two articles of impeachment against President Trump to the Senate Wednesday, where Majority Leader Mitch McConnell says a trial to determine whether to remove the president from office will probably begin next Tuesday.

In a statement, House Speaker Nancy Pelosi said the House will also name impeachment managers to lead the prosecution against the president Wednesday but did not say who they would be. "The American people deserve the truth, and the Constitution demands a trial," Pelosi said.

Pelosi plans to hold a press conference on Wednesday at 10 a.m. ET ahead of the vote to unveil the list of managers.

The speaker had delayed transmitting the articles in an unsuccessful attempt to force McConnell, R-Ky., to lay out the rules under which the trial will take place.

Meeting with reporters, McConnell said senators would likely be sworn in as jurors for the trial later this week by Chief Justice John Roberts. McConnell said "that would set us up to start the actual trial next Tuesday."

Pelosi said McConnell "has signed on to a dismal resolution," which would allow for the Senate to dismiss the charges against Trump if the House failed to send the articles to the Senate in 25 days. Pelosi labeled a dismissal "a cover up."

She also criticized McConnell's decision to start the Senate trial without guaranteeing it will hear from additional witnesses, as Democrats had demanded.

Here Are The Lawyers Who Will Defend President Trump Against Impeachment

"The American people will fully understand the Senate's move to begin the trial without witnesses and documents as a pure political cover-up," Pelosi said. "Leader McConnell and the president are afraid of more facts coming to light."

But McConnell indicated there was little sentiment among his party to move to dismiss the articles of impeachment before hearing opening arguments from both sides, and said he would leave the decision on whether to call witness until then.

Sen. Lamar Alexander, R-Tenn., left the door open to a vote after the trial begins. "First, we need to hear the case, not dismiss the case," he said. "To me that means one, hear the arguments, two, ask our questions and three, be guaranteed a right to vote on whether we need more evidence. That could be witnesses; that could be documents. So I reserve that decision until I hear that case."

Other Republican senators, including Mitt Romney, R-Utah, also support the idea of calling witness after the trial starts. But Romney indicated he would not support Democratic efforts to put a requirement in the trial rules to call witnesses.

Former White House national security adviser John Bolton has said he would be open to giving testimony were the Senate to subpoena him.

The House approved the two articles of impeachment last month. The first article charges Trump with abusing the power of his office for attempting to pressure Ukraine to investigate a potential political opponent, former Vice President Joe Biden; the second charges Trump obstructed Congress' investigation of his actions.

In Tennessee, Tourists Rediscover The First President Who Was Impeached

The ceremonial delivery to the Senate could happen later on Wednesday.

Once the articles are sent to the Senate, the impeachment trial can begin.

Meanwhile, the Senate continues to work through pending legislation, including a bill that would limit Trump's ability to wage war with Iran.

The Senate trial will mark just the third time in U.S. history a president has faced removal from office after being impeached.