Accessibility links
Foxconn's Promises Slow To Materialize In Wisconsin Foxconn was touted as part of a new revival in U.S. manufacturing, and state officials offered nearly $4 billion to lure the company to Wisconsin. Things haven't gone quite as planned. 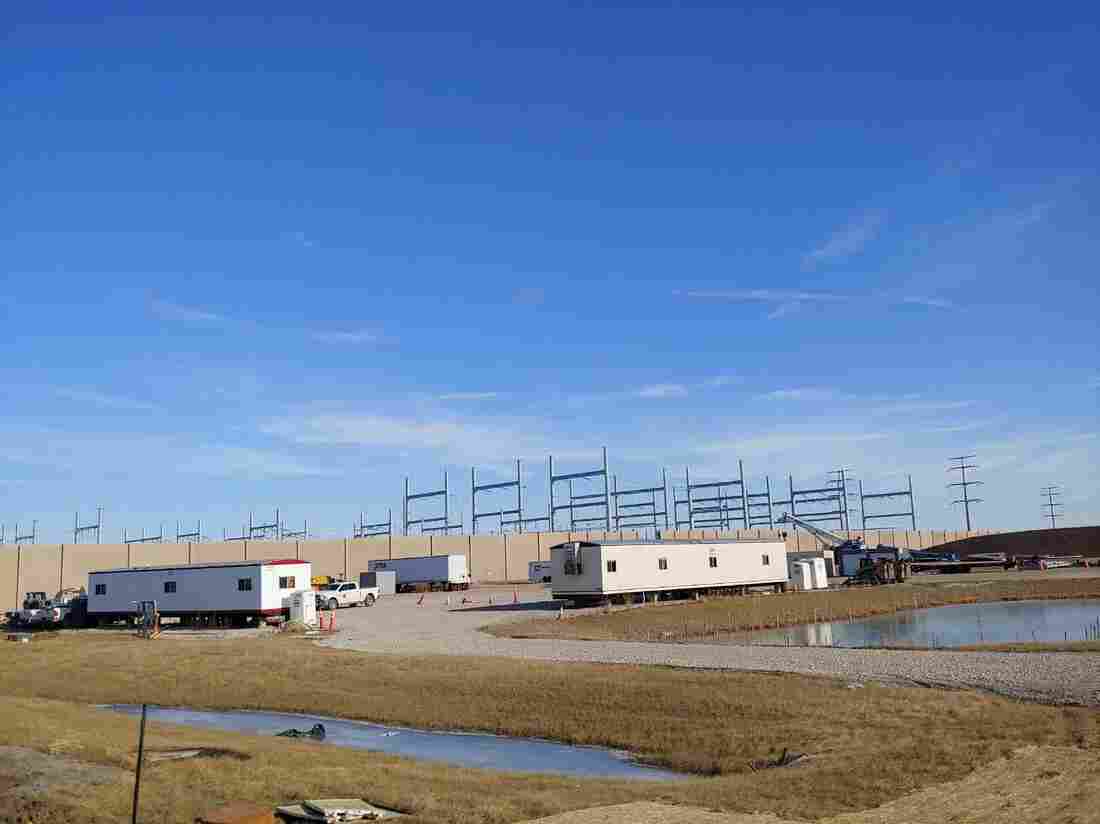 Foxconn's substation under construction in Mount Pleasant, Wis., on Dec. 15, 2019. State officials hope the company will help turn the region into the next Silicon Valley. Chuck Quirmbach/WUWM hide caption 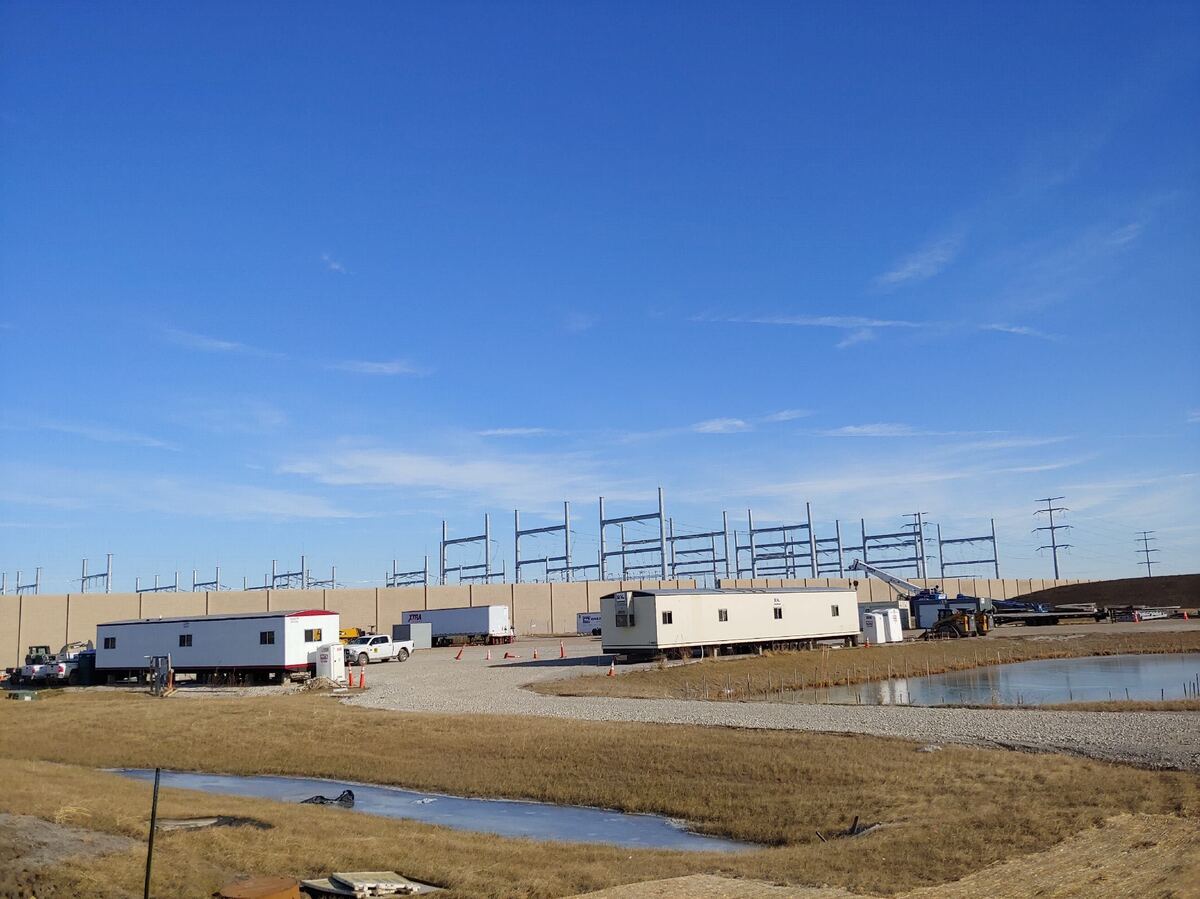 Foxconn's substation under construction in Mount Pleasant, Wis., on Dec. 15, 2019. State officials hope the company will help turn the region into the next Silicon Valley.

During a ceremony at the White House in July 2017, a beaming President Trump announced Foxconn was coming to Wisconsin.

The world's largest contract manufacturer of consumer electronics wanted to be in America, Trump said.

"Investing many, many billions of dollars, right here in America, creating thousands of jobs," Trump said. "And I mean, American jobs, that's what we want."

Wisconsin, Foxconn And The Lure Of State Tax Incentives

Wisconsin, Foxconn And The Lure Of State Tax Incentives

To land the company, Wisconsin's then-governor, Republican Scott Walker, signed one of the largest tax incentive deals ever made between a state and a private company.

Foxconn was offered more than $3 billion in exchange for 13,000 jobs. Local governments sweetened the deal with another nearly $1 billion in tax incentives.

The last two years have been a largely bumpy ride in Wisconsin. First, Foxconn reduced the size of the LCD display panels it said it would build in the state. And in 2018, the company didn't meet the job threshold to qualify for state money.

Kim Mahoney, who co-owns the last home next to the project, says it's still not what Foxconn pledged.

"They're not creating the jobs they promised. ... And that's what the draw was, to bring those manufacturing jobs back to southeastern Wisconsin, and that's not what's happening, it doesn't appear," Mahoney says.

Emails published by the The Verge show that for months, Wisconsin's now-Democratic Gov. Tony Evers had been encouraging Foxconn to revise its state contract to better reflect what appears to be a downsized manufacturing operation.

Foxconn has denied repeated requests for interviews. But in a written statement the company said, "Foxconn will make business and hiring decisions based on timing that positions the company and future generations for long-term success."

"We see the ever-growing footprint of Wisconn Valley in this state, and we see what we like to call, the 'Foxconn bonus,' " Walker said.

Foxconn bought buildings in the cities' downtowns, promising to employ hundreds of workers at each site. The company said it would recruit from nearby colleges.

Two years later, nothing has opened. And none of the 1,200 jobs have been filled.

The innovation centers themselves were vaguely explained as a place to foster entrepreneurship.

Matt Jewell, an engineering professor at the University of Wisconsin-Eau Claire, said he hoped his students could work at Foxconn. But he's unclear what the company is doing.

"As a general term, innovation center doesn't say anything specific to us, so we were from the start trying to understand what they meant by that," Jewell said.

Milwaukee Alderman Robert Bauman, who represents the city's downtown, said the entire project was designed to ensure the reelection of Walker in 2018. He lost that year to Evers, a Democrat.

"No question about it," Bauman said. "And to a lesser degree to play to a political storyline that Trump was trying to peddle."

In an email, Foxconn said the timing of the innovation centers will be based on timing that "positions the company and its Wisconsin employees for competitive success in support of the Wisconn Valley Science and Technology Park."

The email stated that permits have been issued for innovation centers in Green Bay and Racine; however, those permits show that work being done is less than one-fifth the size originally promised.

Critics of the more than $3 billion tax incentive deal argue it's too risky for tax payers.

Tim Bartik, a senior economist at the W.E. Upjohn Institute for Employment Research, has been studying business incentives for more than 20 years.

His research shows that a new factory doesn't always translate to a job for an unemployed person living nearby. 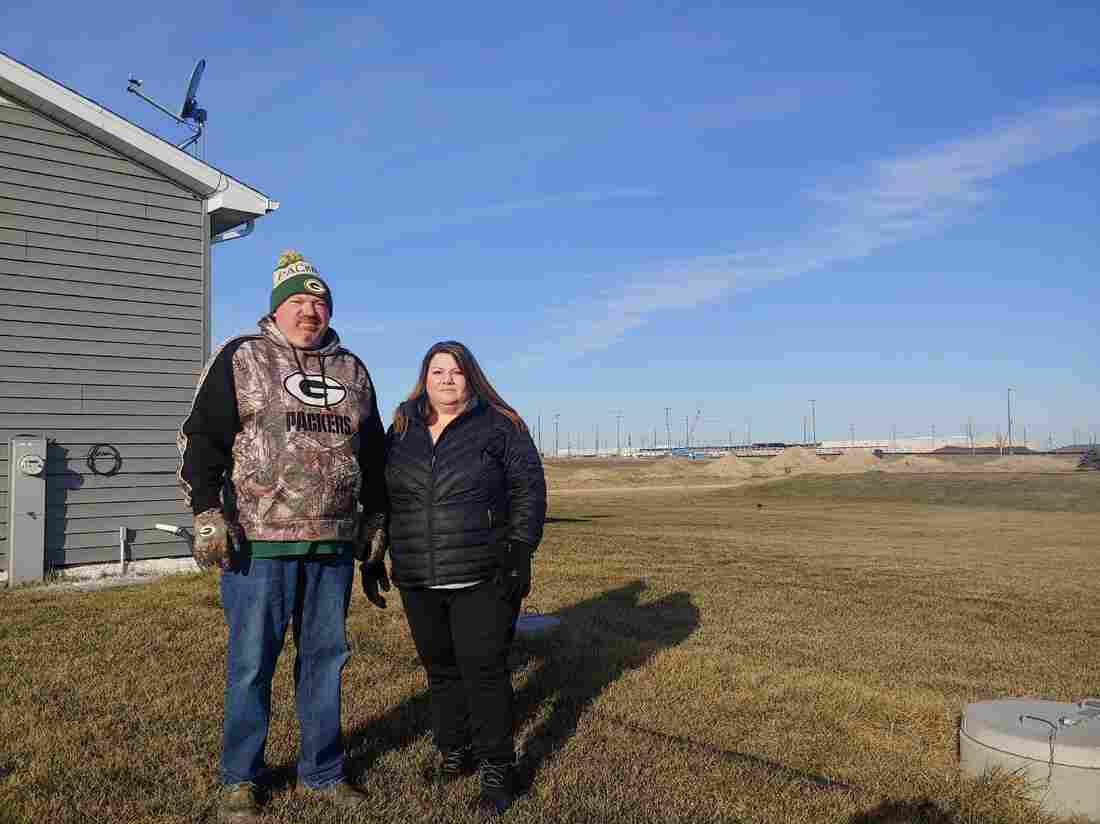 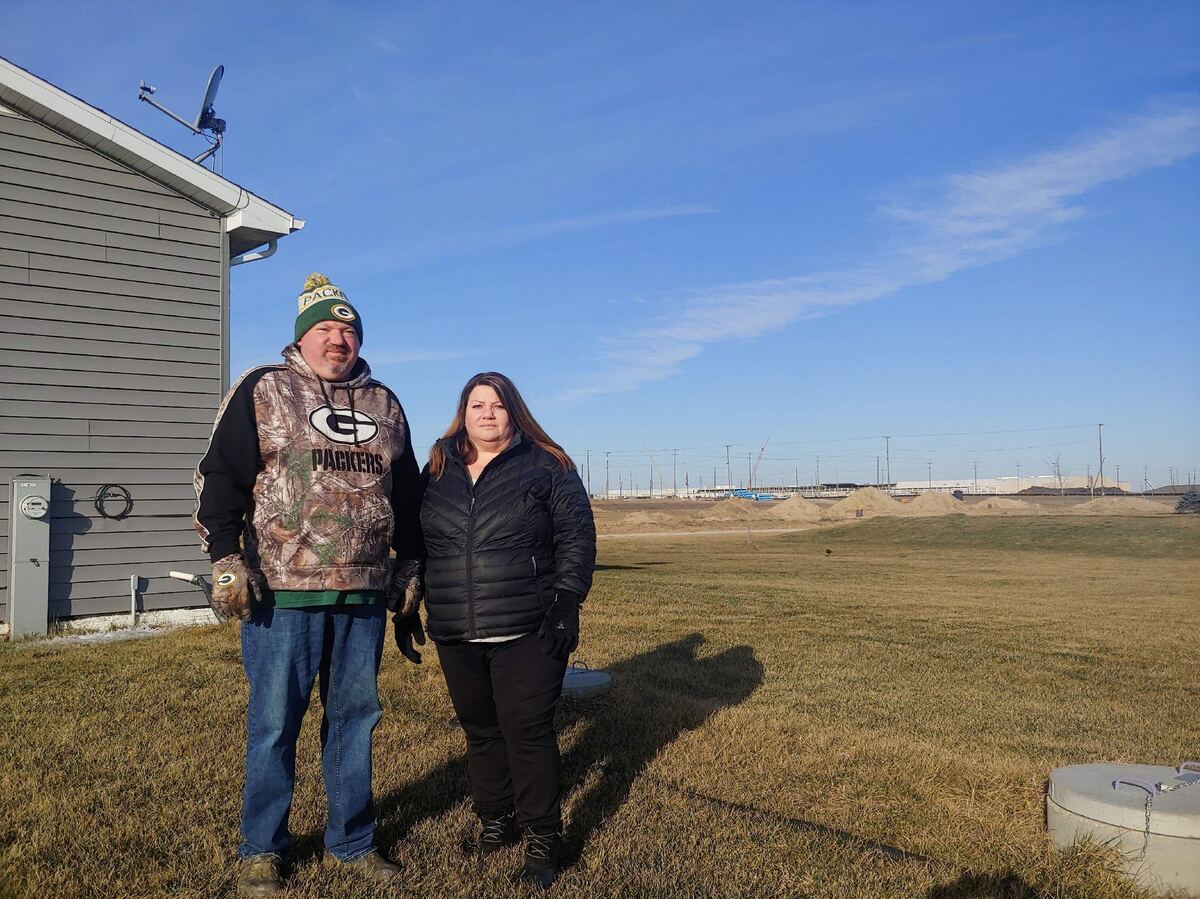 Jim and Kim Mahoney can see Foxconn construction from their home in Mount Pleasant, Wis. State and local officials offered nearly $4 billion in incentives to lure the company to Wisconsin. Kim says they haven't created the promised jobs.

"It's not clear to me that the voters understand that incentives have a cost and that they're not a free lunch," Bartik said. "I think people get lost in the details of the arguments over the benefits and costs of incentives."

But Ellen Harpel, who runs a consulting company working with governments as they negotiate deals, disagrees. While she concedes that some big incentive deals have gone bad, she insists the model is still worth pursuing.

Harpel said deals need to include safeguards for states and include ways to claw back money if businesses don't do what they said they would. Supporters of the Foxconn deal say those protections are in place.

The Foxconn project continues to divide the state politically.

"Foxconn has admitted that it doesn't make any sense from a financial standpoint to do any manufacturing in the U.S., much less Wisconsin," Gordon said.

"I have John Deere in my district. I don't check in with them on a regular basis to say, 'Jeez, what are you guys doing at this juncture?' you know?" Fitzgerald said. "It's the private sector. They need to have the flexibility to be competitive and move at the speed of business."

Even though Walker is no longer governor, Trump remains one of Foxconn's biggest supporters. He came for the groundbreaking of the Foxconn plant nearly three years ago, and he'll be there again Tuesday to give another campaign speech.

This story was a joint collaboration with WPR and WUWM.