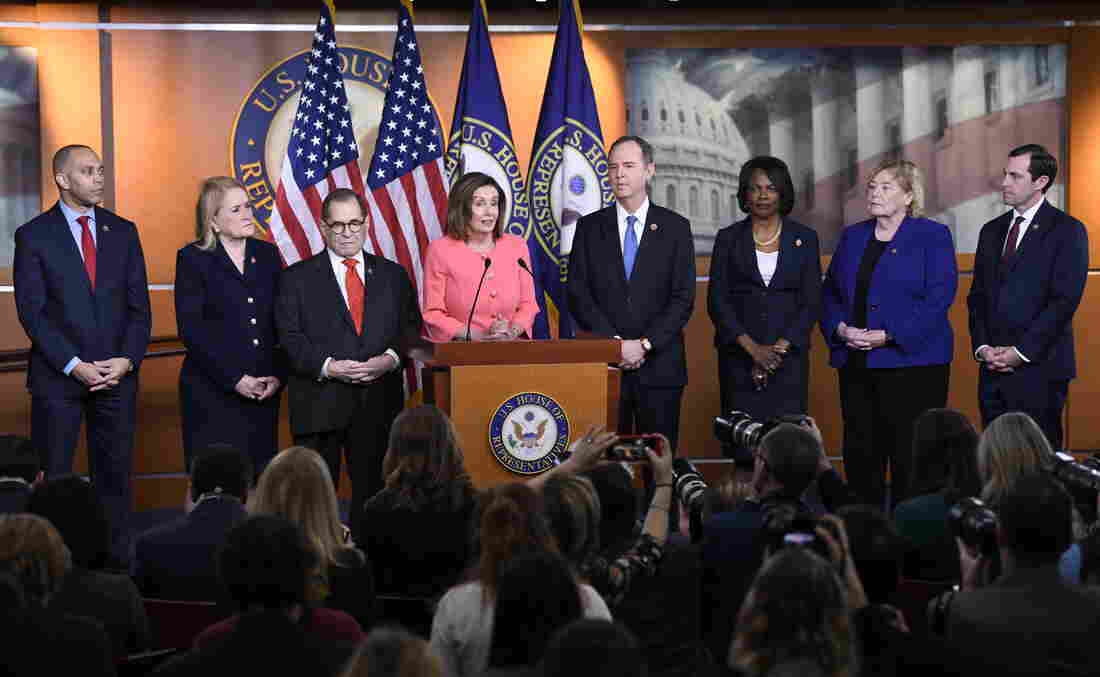 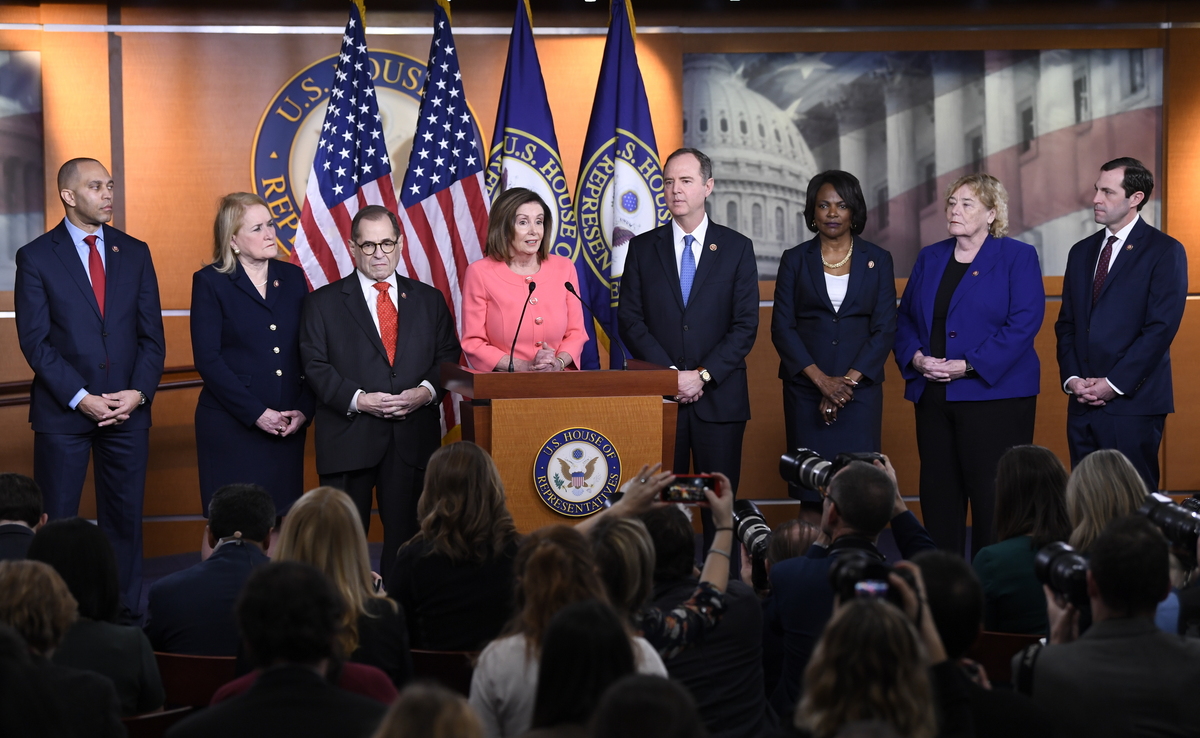 The seven legislators who will act as the prosecution team presenting the House Democrats' case in the Senate trial make up a diverse group with a common link: strong legal backgrounds.

"The emphasis is on litigators. The emphasis is on comfort level in the courtroom," House Speaker Nancy Pelosi said of the team that is a mix of some familiar faces from the House inquiry and some lesser-known members.

Read the resolution designating the managers.

The group presented the articles to the Senate on Jan. 16, which included reading the text of the two articles the House approved in December on the Senate floor.

Here Are The Lawyers Who Will Defend President Trump Against Impeachment

In the early hours of Wednesday morning, the Senate approved an organizing resolution that specified that the managers would have 24 hours over three days to present their case. President Trump's defense team will follow their arguments under the same time frame.

Here's more about the managers:

Rep. Adam Schiff, D-Calif., is the chairman of the House Intelligence Committee. He was tapped by Pelosi to be the point person on the impeachment inquiry in September immediately after she announced her decision to move forward with the probe.

Schiff conducted both closed-door depositions with administration witnesses and open hearings and is a close ally of the speaker's. He crafted the report on his panel's investigation that followed a whistleblower's complaint that the president conditioned military aid to Ukraine on a public commitment from the government that it would probe former Vice President Joe Biden and his son Hunter.

Rep. Jerry Nadler, D-N.Y., is the chairman of the House Judiciary Committee. Nadler's panel crafted the two articles of impeachment against the president after the intelligence committee completed its investigation.

Nadler oversaw the panel's hearing on those articles and was a member of the Judiciary Committee during President Bill Clinton's impeachment in 1998.

Rep. Val Demings, D-Fla., is member of both the Judiciary and Intelligence committees. She served as Orlando's chief of police after a long career in the department — becoming the first woman to hold that post before she ran for Congress.

Rep. Jason Crow, D-Colo., is a freshman who served as an Army Ranger in Iraq and Afghanistan. Unlike other impeachment managers, Crow does not serve on any of the panels that conducted the impeachment inquiry.

But Crow was one of seven freshmen with national security backgrounds who co-wrote a column in The Washington Post in September arguing that it was time to move forward with impeachment. Like Jeffries, he worked as a attorney in private practice before he ran for Congress.

Rep. Sylvia Garcia, D-Texas, is a member of the House Judiciary Committee. She served as judge in Houston. Pelosi stressed that Garcia was the first Hispanic person and first women elected to the county commissioner's court. She was also the first Latina elected to represent her district in Congress.

The impeachment managers are expected to split which of them presents the various arguments of the House's case in the first part of the Senate trial.

Article 1 of the House resolution alleges the president abused his power because he used his position to solicit foreign interference in the 2020 election in the Ukraine affair. Article 2 outlines how Democrats believe the president obstructed Congress by blocking administration officials from providing testimony or documents.

Trump and many Republican supporters reject the basis for impeachment. Not only did Trump ultimately release the funds for Ukraine that had been frozen for a time last year, but also Ukraine's president did not agree to conduct the investigation that Trump wanted into the Bidens.

Republicans control the majority in the Senate, and they're expected to vote to acquit Trump on both charges, permitting him to keep his office at the conclusion of the trial.