Accessibility links
Poll: Americans Don't Approve Of How Trump Is Handling Iran Crisis By a 49%-42% margin, Americans disapprove of how President Trump has handled the crisis with Iran, reflecting the number of people who disapprove of the job he's doing overall. 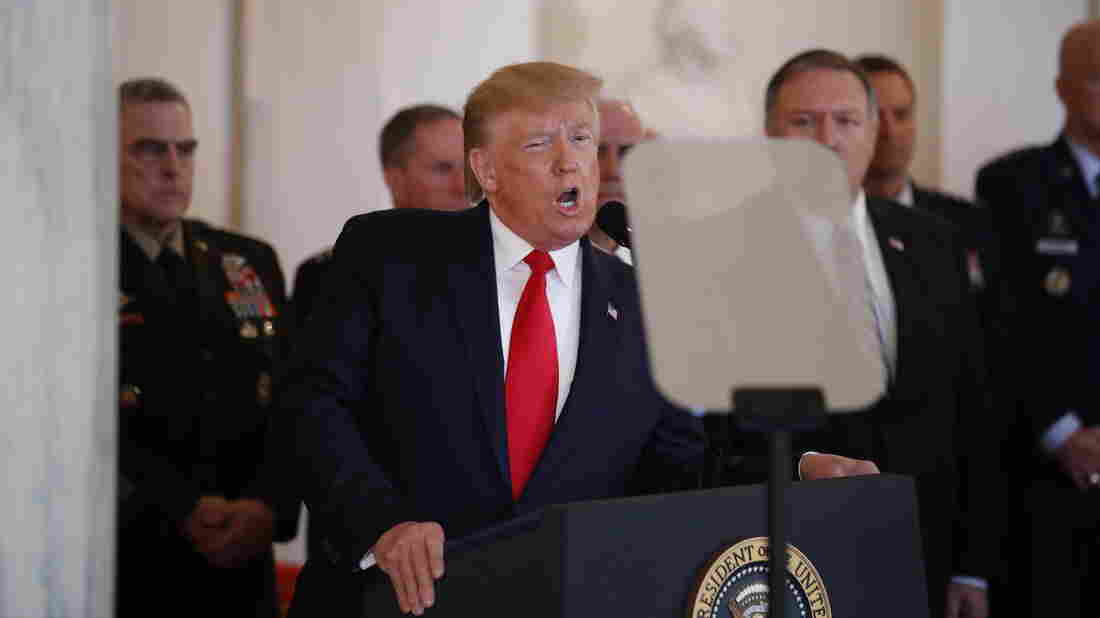 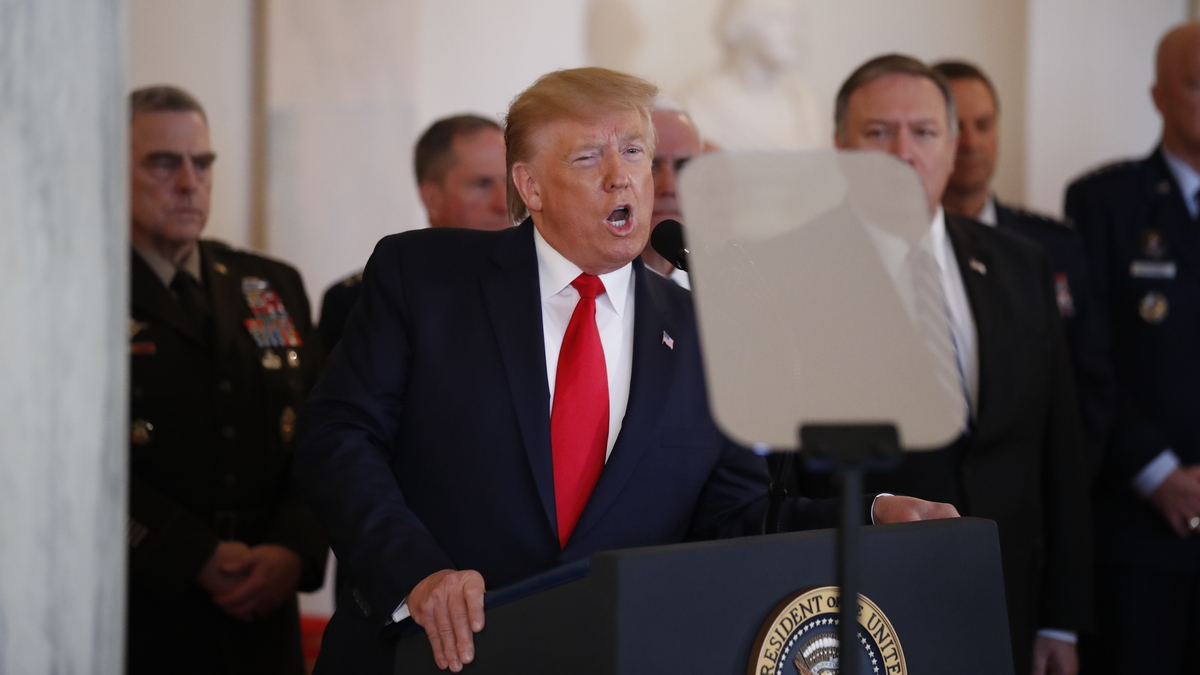 President Trump addresses the nation from the White House on the missile strike that Iran launched against air bases in Iraq last week.

More Americans disapprove than approve of President Trump's handling of the situation with Iran, according to a new NPR/PBS NewsHour/Marist Poll. But they are split along party lines, and the results largely reflect the president's approval rating.

By a 49%-42% margin, Americans disapprove of Trump's handling of Iran. Usual splits emerge, with roughly 9 in 10 Republicans approving, more than 8 in 10 Democrats disapproving and about half of independents disapproving.

Trump's job approval is steady at 41%, with a majority of Americans (53%) continuing to disapprove of the job he's doing. Similar to the party split seen in the Iran question, 9 in 10 Democrats disapprove, while 9 in 10 Republicans approve. But 55% of independents disapprove.

There was a 47%-47% split on whether Americans are in favor of the Senate removing Trump from office, a finding largely unchanged from last month. And here, as well, 85% of Democrats think he should be removed, 92% of Republicans don't and independents are split.

As locked in as Americans are on their views of Trump, it's notable that the survey found some variance among independents on these three questions.

"There's obviously a group of independents who do move one way or another," said Barbara Carvalho, director of the Marist Poll at Marist College, adding, "Voters, who although may not have the most positive impression of him [Trump] overall, do assess the president based on the specific issue."

The pollsters noted that about 3 in 10 independents (29%) shifted in their support or opposition to the president in response to the three questions.

That's essentially the small universe of persuadable voters in America who could determine whether Trump is reelected.

Opinion: The Danger From Iran Didn't Die With Soleimani