Accessibility links
Supreme Court Hears Arguments In 'Bridgegate' Convictions Case The closure in 2013 of access lanes to the George Washington Bridge infuriated motorists and jeopardized public safety. When it turned out it was a political vendetta, it became a criminal case.

When Is Abuse Of Power A Crime? Supreme Court Answer May Come In 'Bridgegate' Scandal

When Is Abuse Of Power A Crime? Supreme Court Answer May Come In 'Bridgegate' Scandal 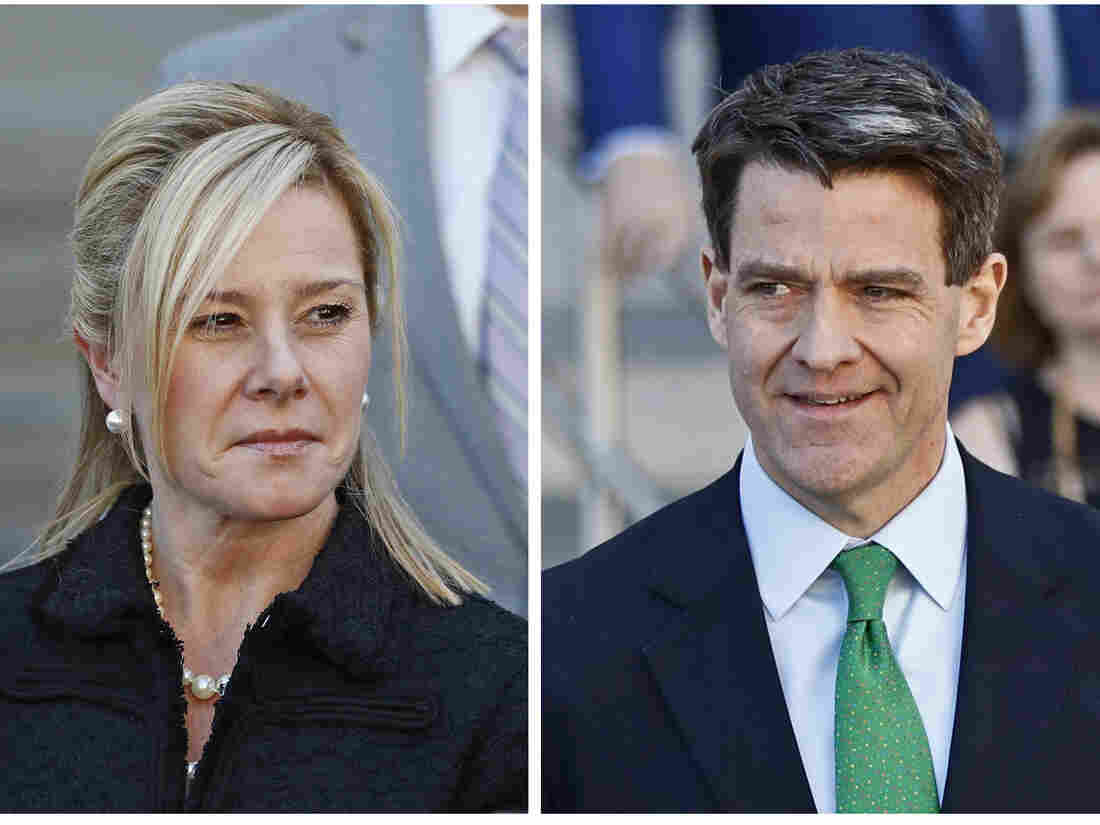 The U.S. Supreme Court heard arguments Tuesday on whether to throw out the convictions of Bridget Anne Kelly and William Baroni Jr., who were convicted in the "Bridgegate" scandal. Julio Cortez/AP hide caption 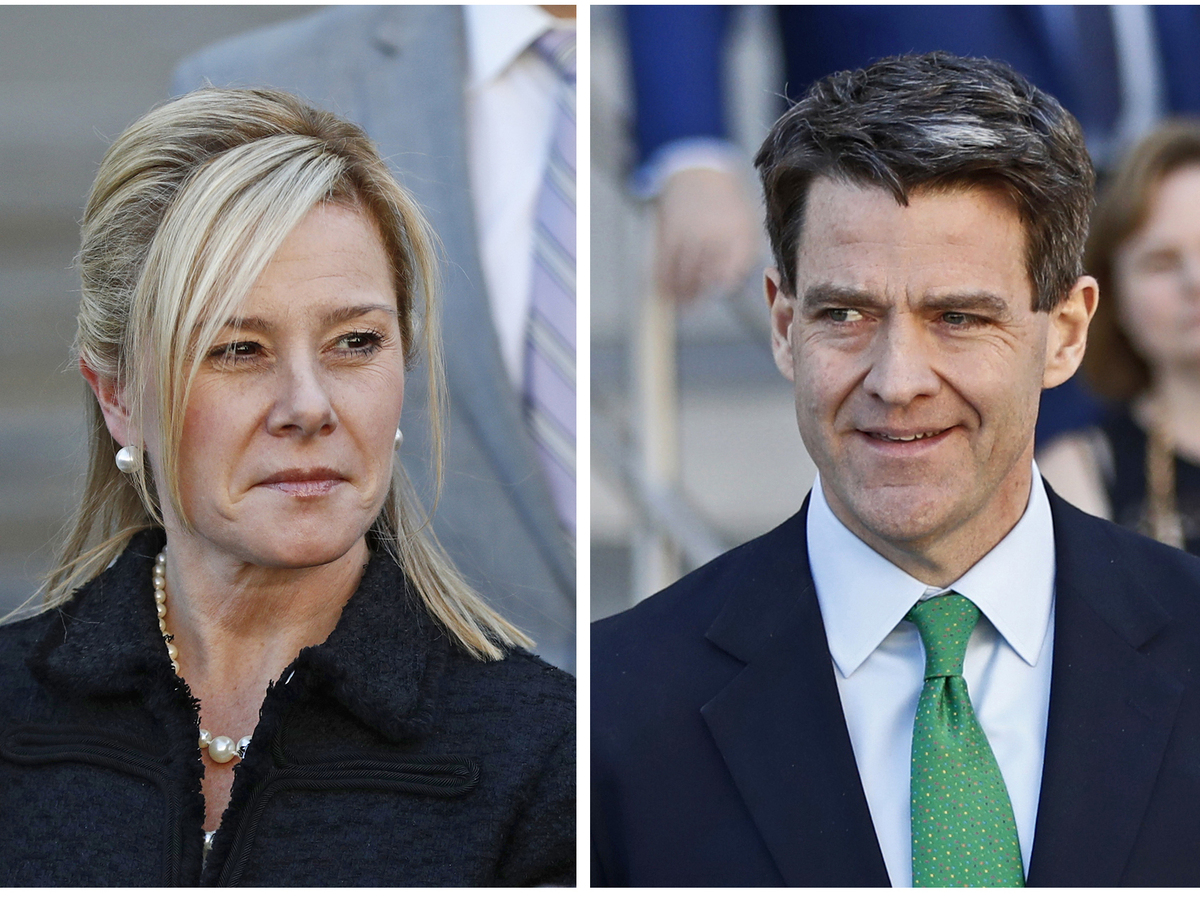 The U.S. Supreme Court heard arguments Tuesday on whether to throw out the convictions of Bridget Anne Kelly and William Baroni Jr., who were convicted in the "Bridgegate" scandal.

The U.S. Supreme Court on Tuesday weighed whether to make life more difficult for prosecutors in public corruption cases.

The modern-day court has made it increasingly difficult to prosecute public officials who abuse their power but don't personally enrich themselves. The court has thrown out multiple public corruption convictions in recent years, all but eviscerating broad statutes aimed at ensuring the honest services of public employees.

Tuesday's case involved the celebrated New Jersey scandal that marked the beginning of the end for Republican Gov. Chris Christie's presidential bid. The scandal unfolded in 2013 with the closure of two out of three access lanes onto the George Washington Bridge that were reserved for local traffic coming from Fort Lee and surrounding areas.

The closure created four days of gridlock and chaos, infuriating motorists and endangering public safety, as paramedics answering 911 calls were forced to abandon their ambulances and walk.

It turned out that top officials in the Republican governor's administration ordered the lane closure in order to punish the Democratic mayor of Fort Lee for refusing to endorse Christie's reelection.

Christie professed ignorance, but a federal investigation ensued, resulting in convictions for three of his top associates. Among them was Bridget Anne Kelly, the governor's deputy chief of staff, who famously texted a colleague during the 2013 chaos, "Is it wrong that I am smiling?"

All of the major players in the scandal were in the Supreme Court chamber Tuesday morning. Christie sat in front of Kelly, who has been sentenced to 13 months in prison for her role in the scandal. Also there was William Baroni Jr., formerly the deputy executive director of the Port Authority, who like Kelly was convicted for his role in the affair. He had begun serving his prison term, but when the Supreme Court agreed to review Kelly's conviction, he was released from prison and his case consolidated with hers.

Both came to the microphones on the Supreme Court plaza to read statements after Tuesday's arguments.

Christie, uncharacteristically, did not.

Inside the court chamber, Kelly's lawyer, Jacob Roth, argued that his client did not benefit personally from the lane closures and therefore committed no crime. Nor, he said, had she diverted any public resources for private use.

"Why isn't it a private use to benefit the defendants politically?" asked Justice Ruth Bader Ginsburg. Roth responded that if an employee lies on an expense report, she is cheating the government of money, whereas here the "deceit" was the defendants' lie about why the lanes were closed and the fake study they ordered to cover their tracks.

Chief Justice John Roberts noted that the line between public and private use "can be a hard line to draw." What if the traffic rerouting is done to benefit a nearby development or hotel?

Justice Samuel Alito pointed out that "money is property and [state] money was lost" here.

Roth, however stuck to his argument, contending that if public employees divert public resources for public use without enriching themselves personally, the remedy should be political — throw the rascals out.

Though the justices gave him a hard time, most seemed to agree with much of his argument.

Defending the convictions, Deputy Solicitor General Eric Feigin, tried to save the day, contending that "the defendants don't get a free pass just because their motives were political."

"My goodness," interrupted Justice Stephen Breyer. "Everything in government requires somebody to spend some time on it," and if time spent on a fake traffic study counts as fraud, he said, there would be no end to potential prosecutions.

Moments later, when lawyer Roth echoed that point, Justice Ginsburg asked, "Why do you call it incidental? It was essential to the scheme."

Justice Alito, who once served as the chief federal prosecutor in New Jersey, asked whether it would still be incidental if it cost the state a million dollars.

"Yes," replied Roth. It would still be incidental.