U.N. Court: Ruling To Be Issued Next Week In Rohingya Genocide Case

U.N. Court: Ruling To Be Issued Next Week In Rohingya Genocide Case 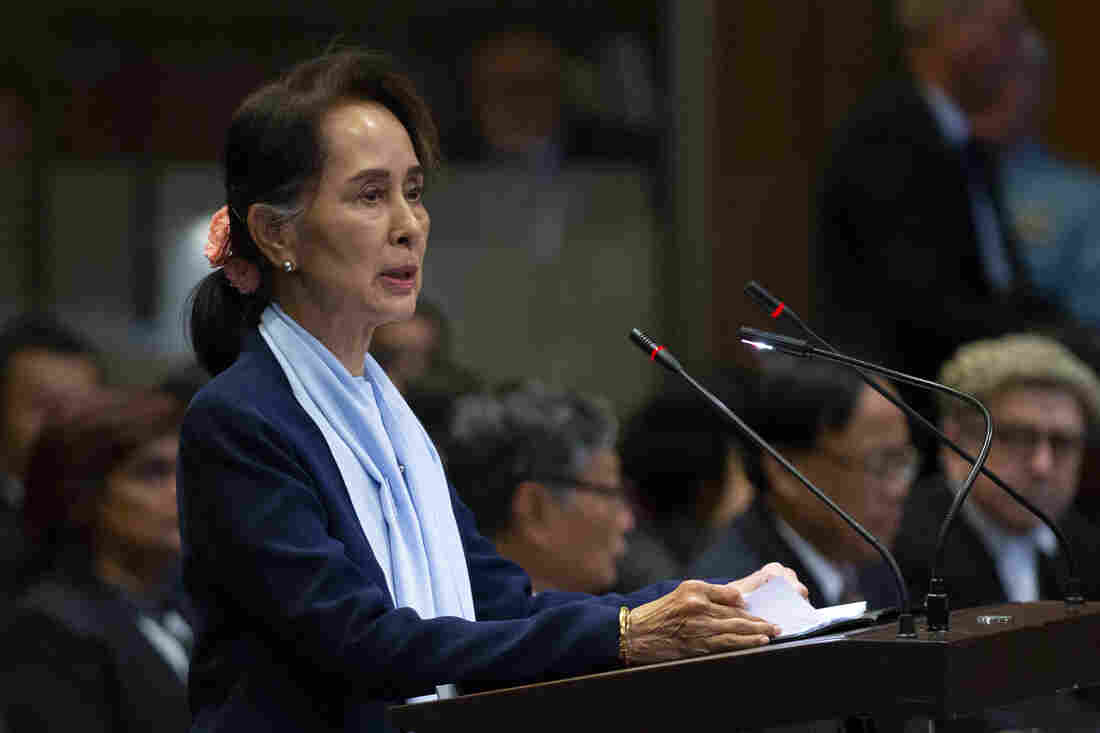 Aung San Suu Kyi, Myanmar's de facto leader, addresses the International Court of Justice during last month's hearings in The Hague, Netherlands. The court has announced that a decision in the case will be issued next week. Peter Dejong/AP hide caption 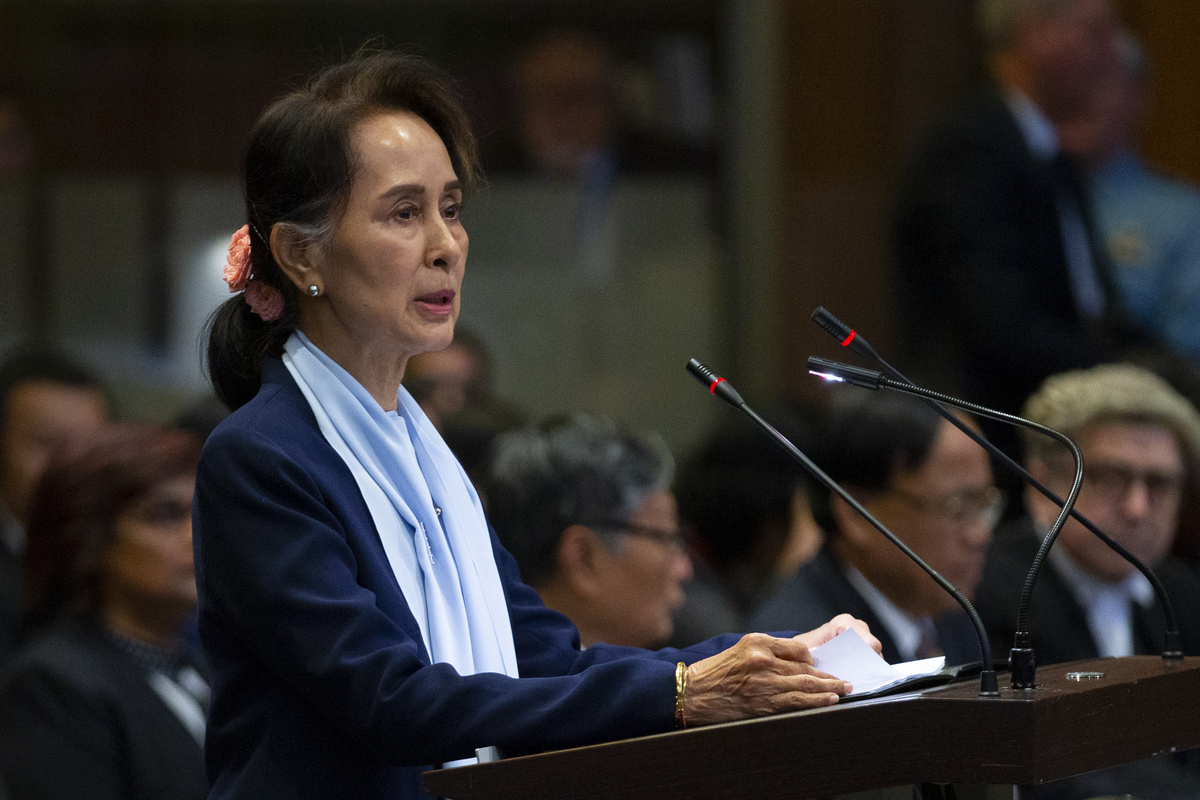 Aung San Suu Kyi, Myanmar's de facto leader, addresses the International Court of Justice during last month's hearings in The Hague, Netherlands. The court has announced that a decision in the case will be issued next week.

The International Court of Justice in the Netherlands announced Wednesday that it is poised to make a decision on whether it will order Myanmar to put an end to what human rights watchers say has been a campaign of genocide against the country's Rohingya Muslim minority.

The United Nation's top court says the order will be handed down on Jan 23.

In November, the West African nation of Gambia filed a lawsuit with the U.N. court, accusing Myanmar 's security forces of a brutal crackdown on the Rohingya that prompted more than 700,000 to flee the country for refugee camps and Bangladesh and left at least 10,000 dead, human rights groups estimate.

The suit specifically asks that the court "take all measures within its power" to prevent acts that amount to the crime of genocide, including killings, physical abuse, rape, sexual violence and burning of homes and livestock, which the suit alleges Myanmar has committed with the intention of trying "to destroy the Rohingya as a group."

Human rights organizations have for years documented violence and discrimination directed toward the Rohingya, and the legal action taken by Gambia adds to the large body of research that has emerged since international groups say the campaign against the Muslim minority started in 2017.

Gambia's action marks the first time a country without any direct link to the alleged atrocities has used its membership in the Genocide Convention to bring a case before the court.

While the court does not have enforcement powers, it is still a part of the U.N., meaning the order is being closely watched by human rights advocates around the world, since the order could set into motion repercussions if the country violates the court's ruling.

"Other UN bodies could take steps to increase the power of the ICJ's order and, by extension, increase the political cost should Myanmar fail to comply," says Human Rights Watch.

In a separate legal process, the International Criminal Court is now investigating possible crimes against humanity committed in the country.

"Myanmar's failure to hold its military accountable for atrocities against the Rohingya is finally turning the wheels of international justice," said Phil Robertson, who is the deputy Asia director for Human Rights Watch. "Two international courts are now examining whether Myanmar committed genocide and who should be prosecuted for crimes against humanity against the Rohingya."

Suu Kyi argued that her country's security forces had simply responded to coordinated attacks by Rohingya insurgents, claiming the hundreds of thousands who fled the country were attempting to escape the violence, not the country's military.

"The Gambia has placed before the court an incomplete and misleading factual picture of the situation in Myanmar," she told the court, asking that the case be dropped. "If war crimes have been committed by members of Myanmar's defense services, they will be prosecuted through our military justice system in accordance with Myanmar's constitution."

The 15-judge panel in the Hague rarely handles genocide cases, focusing mainly on disputes between countries under international law.

However the court rules, the order can be appealed and could take years to complete the case.

Gambia's request for an immediate court order came as the first stage of a case in which it accuses Myanmar of breaching the Genocide Convention in its campaign against the Rohingya. Myanmar rejects the claim.

The full case will likely take years to complete.