Accessibility links
2019 Was The Planet's 2nd-Hottest Year On Record Last year's data collected by the agencies is the latest confirmation that the Earth is steadily getting hotter. The planet is now almost 1 degree Celsius warmer than it was in the mid-20th century. 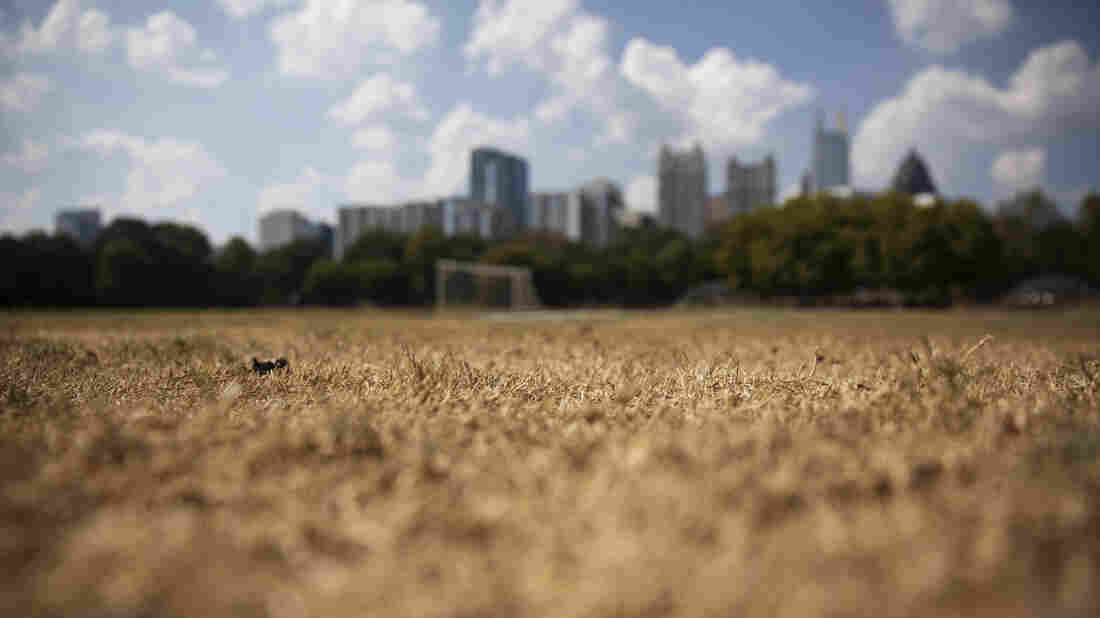 For decades, the Earth has steadily gotten hotter. The planet has already warmed about 1.8 degrees Fahrenheit (or almost 1 degree Celsius) compared with in the mid-20th century. David Goldman/AP hide caption 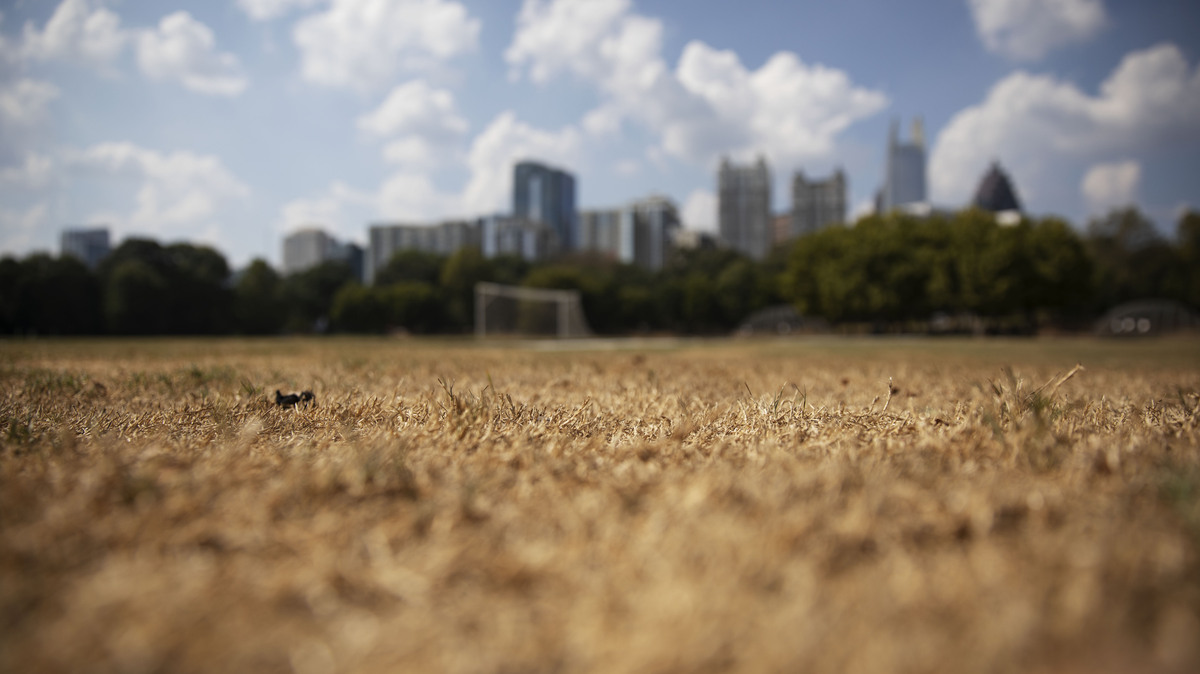 For decades, the Earth has steadily gotten hotter. The planet has already warmed about 1.8 degrees Fahrenheit (or almost 1 degree Celsius) compared with in the mid-20th century.

Last year was the second hottest on record globally, according to the latest climate data collected by the National Oceanic and Atmospheric Administration and NASA.

It's the latest confirmation that the Earth is steadily getting hotter — the planet has already warmed about 1.8 degrees Fahrenheit (or almost 1 degree Celsius) compared with in the mid-20th century — and that robust greenhouse gas emissions are causing global warming to continue unabated.

"The fact is that the planet is warming, and every year, we add one extra data point to this graph," says Gavin Schmidt, the director of NASA's Goddard Institute for Space Studies. Ranking years based on their average temperature might grab headlines, he notes, but "the main thing here is not really the ranking, but is the consistency of the long-term trends that we're seeing."

That trend goes back decades, with each decade warmer than the one before it. And that will likely continue in the 2020s.

"I would say, notwithstanding some sort of major, major geophysical event, it would be almost certain that the [coming] decade will be warmer than the previous," says Deke Arndt, the chief of climate monitoring for NOAA's National Centers for Environmental Information.

That means the planet is on track to blow past the temperature targets set by the Paris Agreement, which is meant to help countries reduce their greenhouse gas emissions and adapt to the effects of climate change.

Schmidt of NASA says data about the past can help humans understand the path that societies are currently on.

"The warming up until now since the 1970s has been quite close to linear," he explains, so "you'd imagine we'd cross 1.5 [degrees Celsius] in around 2035. But of course that depends on what we do with emissions, and we're not able to tell you looking at the past how society will react."

The 2019 data also confirm that different regions of Earth are being affected by global climate change in different ways.

The Arctic is warming three times faster than the rest of the planet, and shrinking sea ice is contributing to a vicious cycle: As the ice retreats, the newly exposed water helps make the region warmer, and as the region gets warmer, the sea ice retreats more.

In the continental United States, warmer average temperatures have been affecting weather patterns. Overnight temperatures are rising more rapidly than daytime temperatures, which can reduce yields for farmers and be dangerous for public health because it exacerbates existing illnesses and doesn't give bodies a chance to cool down.

Rain patterns have also changed in much of the country.

"We are definitely seeing trends in the kind of the instances of big rain," Arndt says. "We're seeing the largest events getting larger," he explains, adding that in many places, a larger percentage of the annual rainfall is coming down in a smaller number of storms. 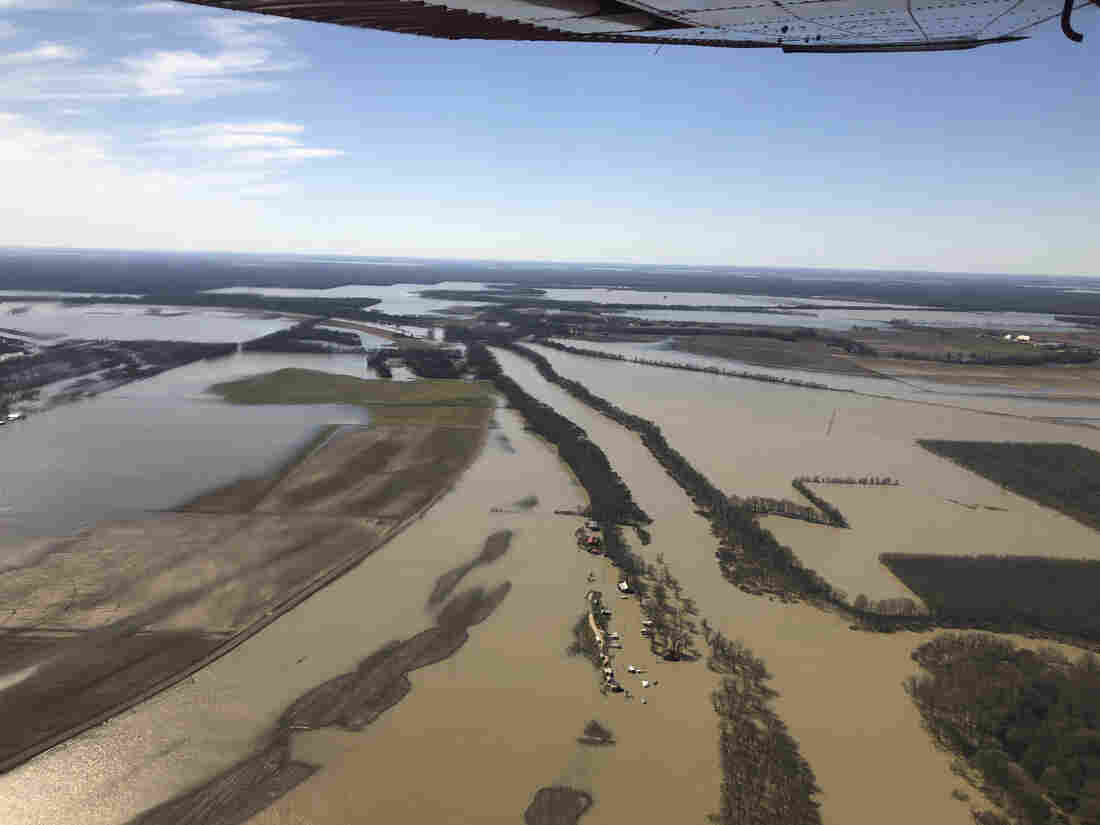 Farms near Yazoo City, Miss., flooded in March 2019. The Mississippi River and all its tributaries flooded last year and remained above flood stage for months. Holbrook Mohr/AP hide caption 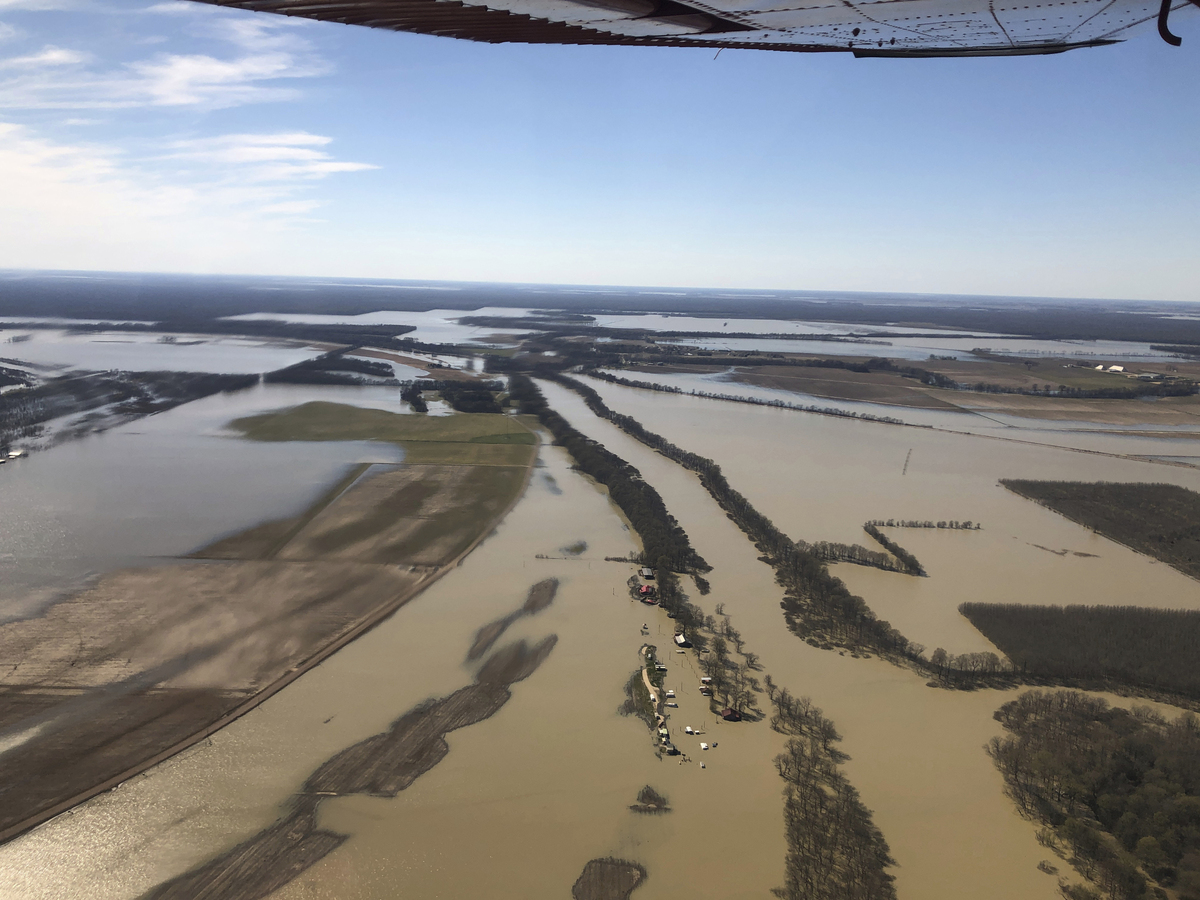 Farms near Yazoo City, Miss., flooded in March 2019. The Mississippi River and all its tributaries flooded last year and remained above flood stage for months.

That means more flood risk in many parts of the United States. Last year, for example, big rainfall events drove record-breaking floods along the Mississippi River and its tributaries.

"That has consequences for how we manage water," Arndt says. Stormwater systems are being tested by large amounts of water all at once, as are reservoirs. "When you get more of your rain in fewer larger doses, you have to manage things differently," he says, because it's more difficult to keep a consistent supply of water.

Meanwhile, the Pacific Northwest has been dealing with marine heat waves that are affecting fisheries and the crab industry. A hotter ocean surface can also help drive more dangerous hurricanes in other parts of the world. In 2019, portions of the western Indian and Pacific oceans were the hottest ever recorded, helping to spawn powerful cyclones.