Accessibility links
Chief Justice Roberts: Is 'OK, Boomer' Evidence Of Age Discrimination? The text of a federal law requires all federal government personnel decisions to be made "free from age discrimination." But just what does that mean? 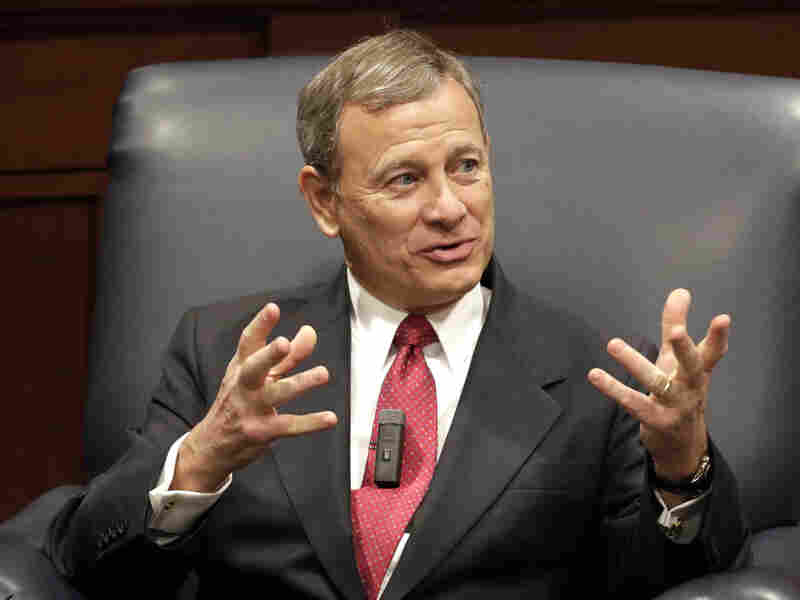 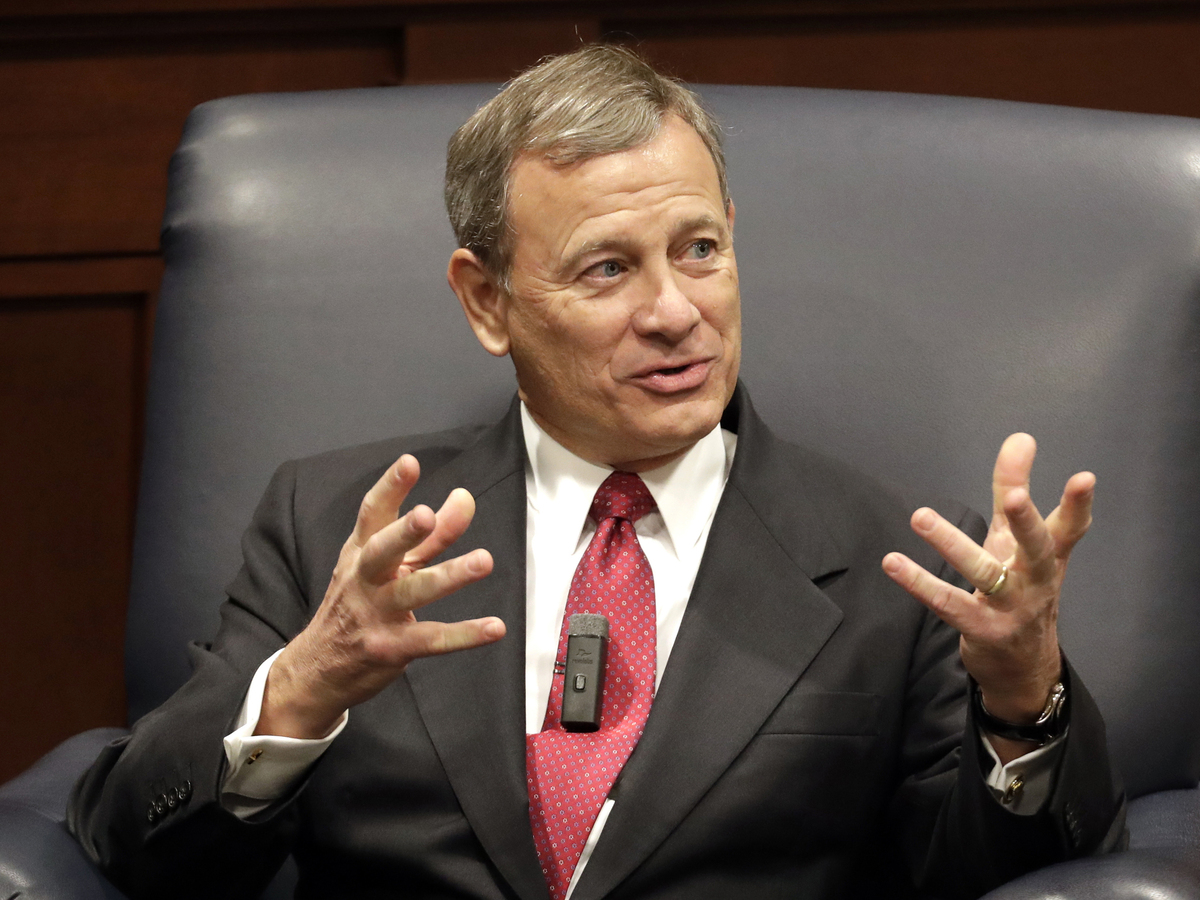 "OK, boomer" made its first appearance in the Supreme Court Wednesday, invoked by Chief Justice John Roberts, seen here in February 2019, in an age-discrimination case.

There were some acerbic and personal comments from the justices of the Supreme Court on Wednesday, as they heard an age discrimination case that could affect more than a million federal workers over the age of 40.

The federal law says that "all personnel decisions" made in the federal workforce "shall be made free from age discrimination."

The Equal Employment Opportunity Commission has long interpreted that to mean that if a federal worker can show that age was a factor in denying her a job or promotion, the worker is entitled to back pay or other remedies.

But the Trump administration takes the position that the employee must first prove that age discrimination was the only factor in the employment decision. Essentially, an employee must now prove that, but for her age, she would have gotten the job, the promotion or some other benefit.

The EEOC disagrees with the Trump administration

The EEOC last year voted not to endorse this view of the law in the case of Noris Babb, a clinical pharmacist who has worked for the Veterans Affairs Medical Center in Bay Pines, Fla., for 16 years. In that time, she has qualified to practice disease management, see patients and prescribe medication without consulting a physician. And she has gotten consistently high marks for performance, according to her lawyers.

Yet Babb says that beginning about 10 years ago, when she was in her late 40s, she and other women over the age of 45 found they were not getting newly classified advanced positions that paid more money. Instead, the women said, those jobs went to people in their 30s, most of them men.

Several of those women filed their own complaints against the VA, which Babb supported. As a result, she alleges in her own suit, the VA retaliated against her.

On the plaza of the Supreme Court on Wednesday, Roman Martinez, Babb's lawyer, said she "was subjected to continuous, systematic age discrimination on the job."

Inside the court chamber, Martinez got quite a grilling from Chief Justice John Roberts.

The chief justice asked Martinez to suppose that in a weeks-long hiring process, a younger hiring official says,"OK, boomer" once to an applicant. Is that enough to be age discrimination?

Well, how do we know that? persisted Roberts. "Your position is going to become ... just a regulation of speech in the workplace."

The statute, replied Martinez, requires personnel actions free from age discrimination. So if the decision-makers are sitting around the table and the boomer comment reflects one of the reasons for the hiring decision, that absolutely is enough to justify an age discrimination claim.

The federal government, Martinez said, "apparently believes it's perfectly lawful for federal agencies to apply 'younger is better or whiter is better' hiring policies" to individuals as long as age and race are not the only factors in denying them a job, promotion or training opportunity.

But Trump administration Solicitor General Noel Francisco maintained that under the federal law, there must be proof that age was the only reason, not just one of several reasons, for such a denial. That is how the law works for state and private employees, he noted. So, why would Congress have made an age-discrimination claim easier to prove for the federal workforce than for state and local workers?

Justice Ruth Bader Ginsburg interjected that Congress has different concerns when legislating federal rules for state and local governments, as opposed to legislating laws for the federal government itself.

Justice Samuel Alito pointed to the text of the federal statute. If age was a factor in this case, said Alito, then there was discrimination based on age, and this was not a process free from age discrimination.

Justice Stephen Breyer, who is 81, perhaps imagined himself looking for a promotion when he asked Francisco whether it would be age discrimination for a supervisor to say, "I certainly don't want people who are over the age of 82" doing this job.

As for Babb, who still works for the VA, she said afterwards, "I am praying for justice in the case."

A decision in the case is expected by late spring.