Accessibility links
Swatting Suspect in Virginia Charged Swatting is harassing a target by drawing extreme law enforcement responses with fake bomb or shooting reports. The government says the suspect bragged about it in a white supremacist chatroom. 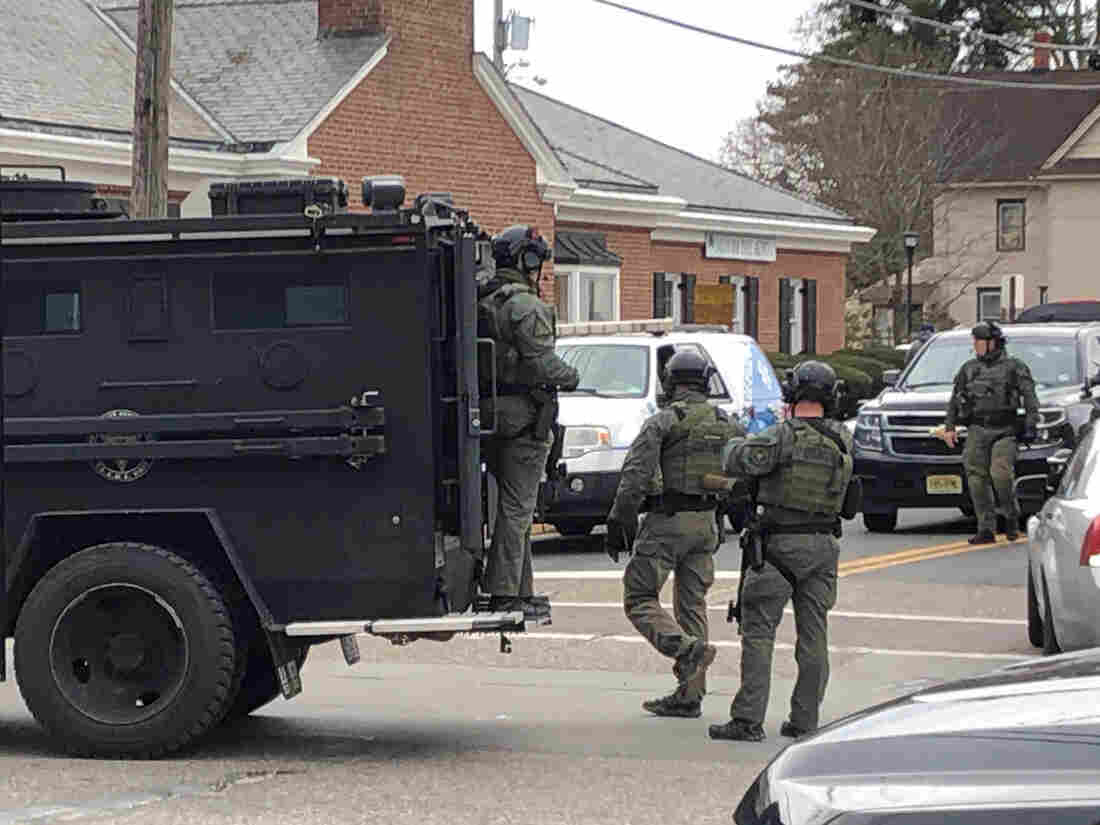 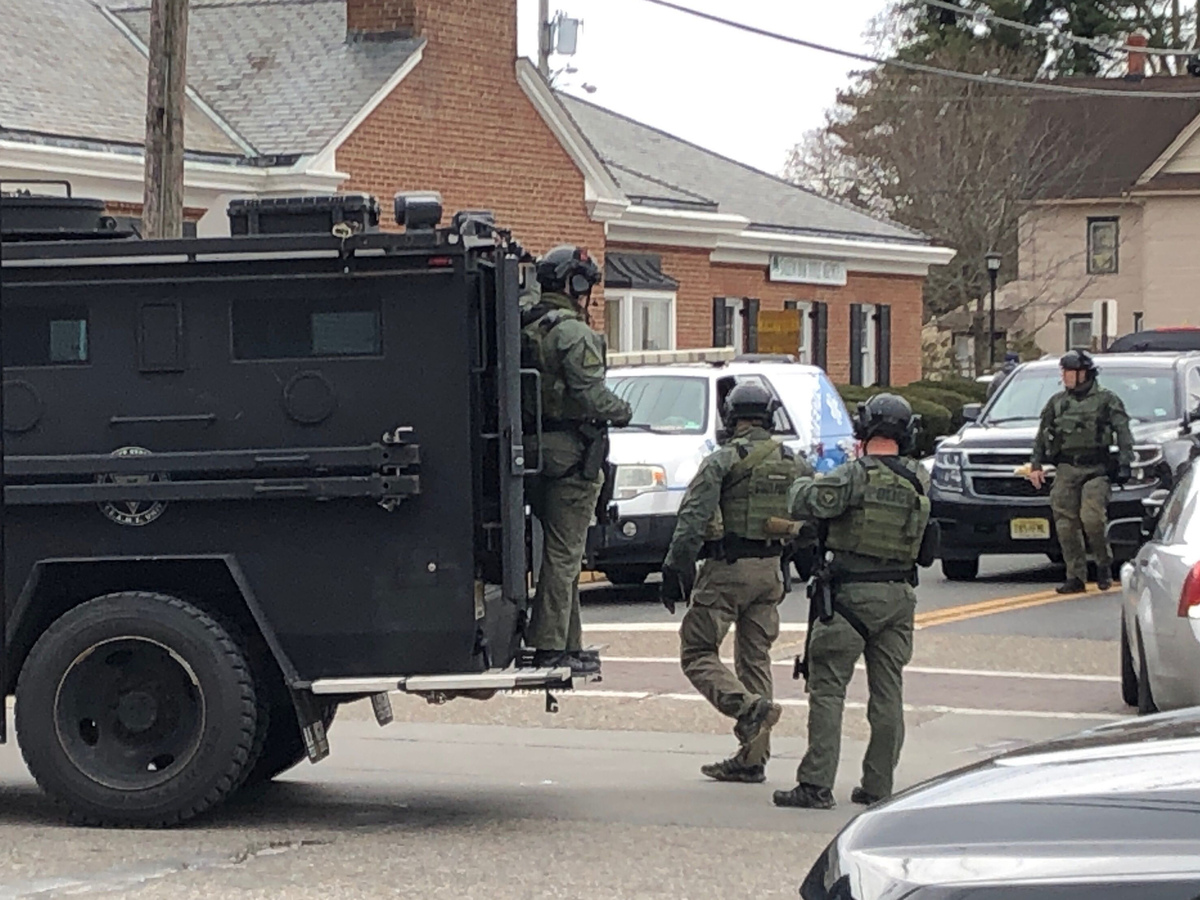 The FBI alleges John William Kirby Kelley participated in hundreds of 'swatting' attacks involving 134 agencies in the U.S., Canada and the U.K.

A 19-year-old man from Virginia appeared in court on Wednesday in connection with allegations that he made fake bomb and shooting threats to draw extreme law enforcement responses on unwitting people, as a member of a swatting ring linked to a neo-Nazi group.

John William Kirby Kelley, who went by "Carl" and "BotGod" online, was charged with conspiracy to make threats by the Department of Justice last week.

The government accuses Kelley of participating in hundreds of swatting events in the U.S., Canada and the U.K, then bragging about it in a white supremacist chatroom that he was instrumental in setting up and maintaining.

Swatting is a form of harassment in which someone makes a false report on an ongoing crime that is so serious that local police forces — and often SWAT teams — are mobilized in response. The aim is to provoke, frighten or even harm a target.

In 2017, an unarmed father of two was killed in an unrelated swatting incident.

Kelley, along with two unnamed conspirators, also posted links to live and recorded videos of swatting attacks online, according to an affidavit unsealed on Tuesday.

Among the most well known targets of the calls is the Alfred Street Baptist Church in Alexandria, Va., a historic African American congregation dating back to 1803. (President Obama celebrated Easter Sunday at the church in 2016.)

The FBI alleges Kelley called authorities in Alexandria pretending to have a "Hispanic accent." During the call he claimed to have placed three pipe bombs at the church and said he was going to "blow it up." He also said he planned "to kill everyone at the church," court documents say.

The Alexandria Police Department evacuated the area and conducted a sweep of the church for explosives but found nothing.

Ultimately, investigators said they were able to trace the blocked call from Verizon to Bandwidth.com to a Voice Over Internet Protocol from Google, which in turn gave them a Gmail address associated with the account. That email address later proved to be connected to multiple swat calls made by Kelley, officials said.

But it wasn't until Kelley allegedly made a bomb threat at his own college "to get out of classes," that he and the others came to the attention of the FBI.

The bureau was contacted by Old Dominion University — where Kelley was a cybersecurity major — just a couple of weeks after the bomb scare at Alfred Street Baptist Church.

University police had received a phone call from a blocked number in which the caller said he was armed with an AR-15 and had placed multiple pipe bombs in campus buildings.

While that turned out to be a hoax, a couple of hours later the department got another call. This time from an unblocked number. The caller said that he'd made a mistake and hung up. However, when campus police analyzed the two calls, they determined they were "likely made by the same individual."

Using school records, campus police traced the call to Kelley, who had apparently dialed from his dorm room phone.

In an FBI interview with Kelley on the same day, he waived his Miranda rights and when asked if he had been involved with the threatening call earlier that day, he responded, "I have been around for calls in the past."

He also consented to have his room searched. Investigators subsequently confiscated an iPhone and a Blu phone, a laptop and multiple electronic storage devices. According to documents, a couple of thumb drives contained chat room logs in which several members discussed potential and past targets of swatting attacks.

Members of Atomwaffen Division are suspected of having committed multiple murders in the U.S. since 2017.

Six days after the fake bomb threat, on Dec. 4, 2018, officials state Kelley, again using a blocked phone number, made another emergency call to the university.

During the call, according to documents, the caller stated he was in a campus building, armed with "a 9mm Glock and was going to shoot everyone in the building."

Logs from a chat room called Deadnet, which was maintained by Kelley, show he was working to identify new swatting targets for others in the group a day later, according to the affidavit.

The FBI affidavit was partly based on information gleaned from interviews with one of the other suspected conspirators, who is apparently cooperating with law enforcement. The unidentified individual "explained that he and other co-conspirators are white supremacists and are sympathetic to the neo-Nazi movement."

In a 2016 interview with the San Antonio Express-News, a member of Atomwaffen Division said the group was actively recruiting at Old Dominion University, Boston University and the University of Central Florida.

The affidavit also states that Kelley and his accomplices maintained a site on the darknet known as Doxbin. The site "primarily targeted government officials, executives, and journalists." It listed their addresses, phone numbers, Social Security numbers and, in some cases, the information of some of their family members. After individuals included in Doxbin were swatted, a blue gun icon was placed next to their name.

Officials said that in a span of 33 days — primarily from November to December 2018 — 134 different law agencies were impacted by the alleged conspiracy activity.