Accessibility links
Review: 'Weathering With You': Myth, Magic And Meteorology Makoto Shinkai's latest animated feature doesn't live up to his hit Your Name, with which it shares many plot similarities. But it speaks to anxieties about climate change in a captivating way. 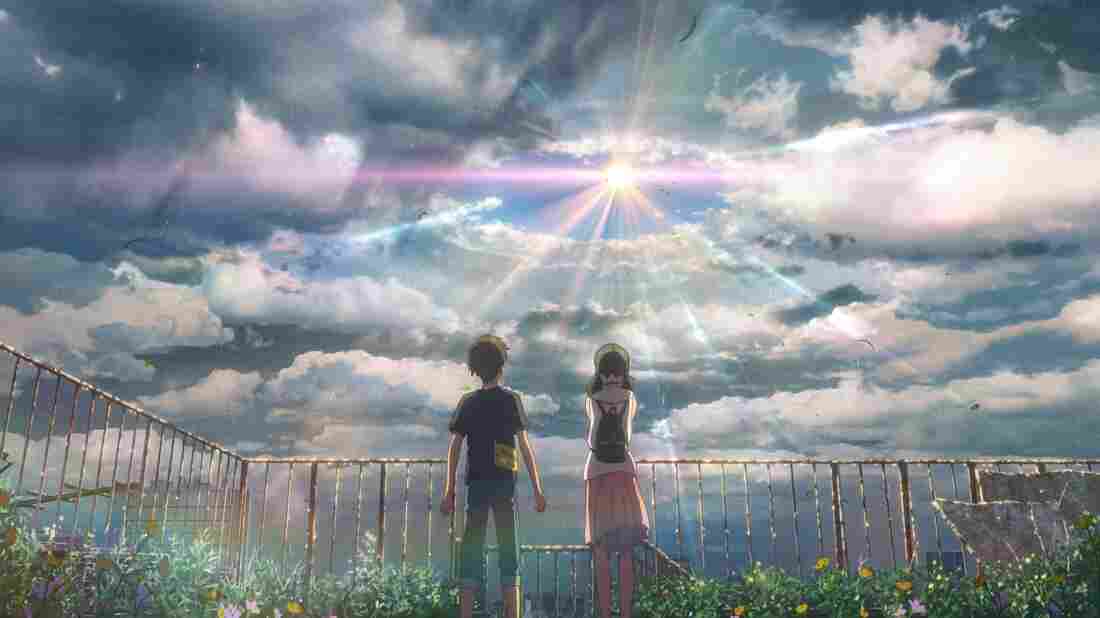 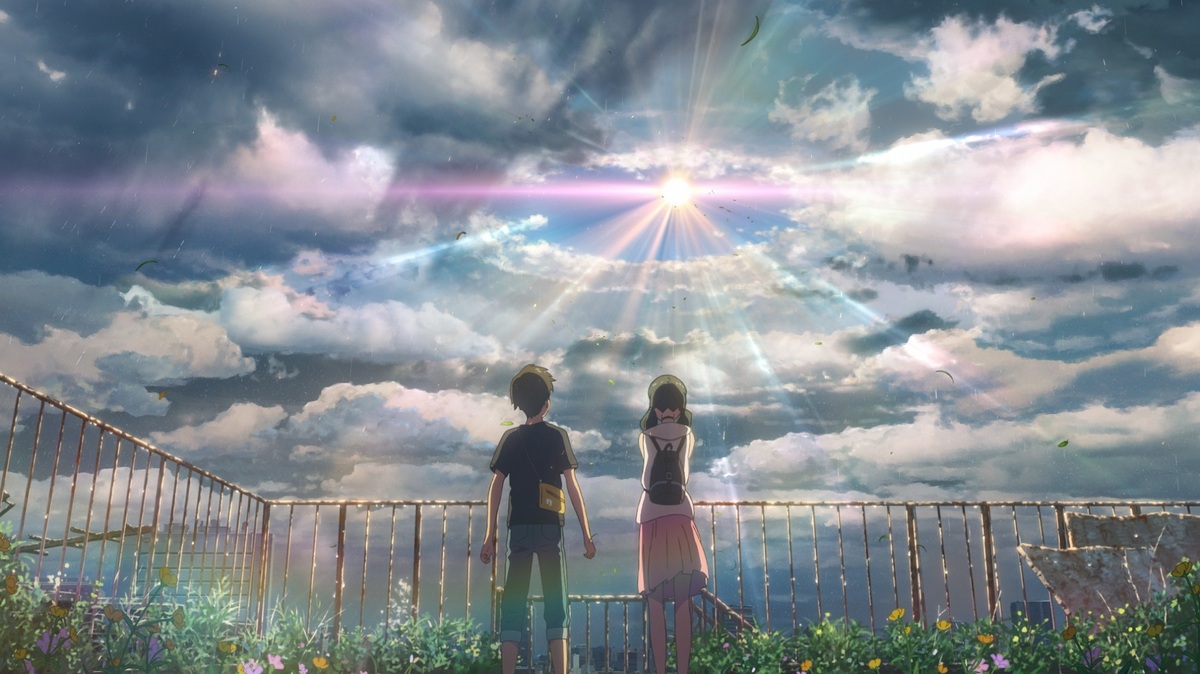 The premise of Makoto Shinkai's captivating new anime, Weathering With You, plays out just a whisker away from the storyline of his 2017 smash hit Your Name, about a teenage boy and girl who switch bodies, time and place. In both films a country boy moves to the big city and meets a mystery girl with special powers. Here the two, both refugees from less than adequate families, get caught up in a galloping plot of rescue, redemption and growing up, wrapped in a love story drawn from ancient Japanese legend.

In Your Name a comet threatened to take out a Japanese island; in Weathering With You (a title to make grammar pedants wince, though its target audience won't give a damn) Tokyo drips and sweats through a summer of unceasing torrential rain that frays the nerves of its residents and threatens to drag underwater a city that already lies below sea level, vulnerable to sudden storm surges. Climate change, drawn from hair-raising reality, plays a defining role here too.

Shinkai may be dipping his toes in his own pre-tested global market. But Weathering With You rises gracefully above its copycat blueprint, and not least because it offers a fresh vision of grungy urban beauty, shrouding the otherwise garishly lit city of Tokyo in a watery grey-blue palette featuring rising fog below and gorgeously menacing cumulonimbus formations above. With their saucer eyes and tip-tilted noses, our young heroes may look like standard issue out of Studio Ghibli, where Weathering's animation director Atsushi Tamura once worked. But unlike the older generation of Ghibli directors like Hayao Miyazaki, who set his bold boys and girls down in enchantingly sunlit animated country towns with meadows of waving buttercups, Shinkai speaks to a more knowing middle-school manga demographic whose onscreen happy places are the seamier crevices of big cities.

An innocent newbie with a Salinger novel tucked into his backpack, Hodaka (voiced by Kotaro Daigo) is a nerdy cipher of a boy who doesn't want to go home because "it's boring." It goes without saying that the movie's end goal is to grow him up under the tutelage of Hina, a far more knowing girl navigator of Tokyo's grimier interiors. She's the beguiling trainee witch from Miyazaki's Kiki's Delivery Service, if you like, all grown up into a savvy burger-joint server shrouded in old-world mystery. Hina (voiced by Nana Mori) is energetic and practical, but she's also a work of the director's imagination culled from Japanese myth — a "sunshine girl" chosen by who-knows-from-up-there to carry a special skill. With mind rising above body, she can conjure a blue hole in the clouds and stop the rain with nothing more than a prayer, if only for a short while.

Together Hodaka and Hina make a resourceful power team, constantly adapting to the shape-shifting challenges of the inner city jungle as they go into business together selling Hina's gifts to those who need to clear the skies for special events. For added sweetness, Hina comes packaged with a little brother, Nagi, who's quite the ladies' man given that he hasn't hit his second decade yet. His success with girls in braids will come in useful when, in its penultimate chapter, Weathering With You turns into a hectic action movie, complete with a recklessly waving gun and a Vespa chase with another brazen hussy at the handlebars. A tributary plot involving Hodaka's boss drives home the populist message that even the villains of the underworld have their sunnier sides as unexpected rescuers.

For all their courage and newfound moxie, Hodaka and Hina's youth make them vulnerable to the authorities because they're doing things that are prohibited to minors. The thin thread that binds Hina, and all of Tokyo, to the volatile heavens threatens to break, and Hodaka must figure out how to man up enough to release his love from her age-old obligations as a human sacrifice. Weathering With You doesn't quite measure up to the haunting lyricism and youthful longing of Your Name. But the tragedy that looms over Hina and Hodaka, and Tokyo, and the planet, echoes the anxieties that plague a generation terrified and angry at the warming and wetting their elders have done their best to ignore.