Accessibility links
Tesla Short Sellers Are Getting Burned As Stock Keeps Soaring For years, Elon Musk skeptics have shorted Tesla stock, confident the electric carmaker was on the brink of disaster. Instead, share value has skyrocketed, costing short sellers billions. 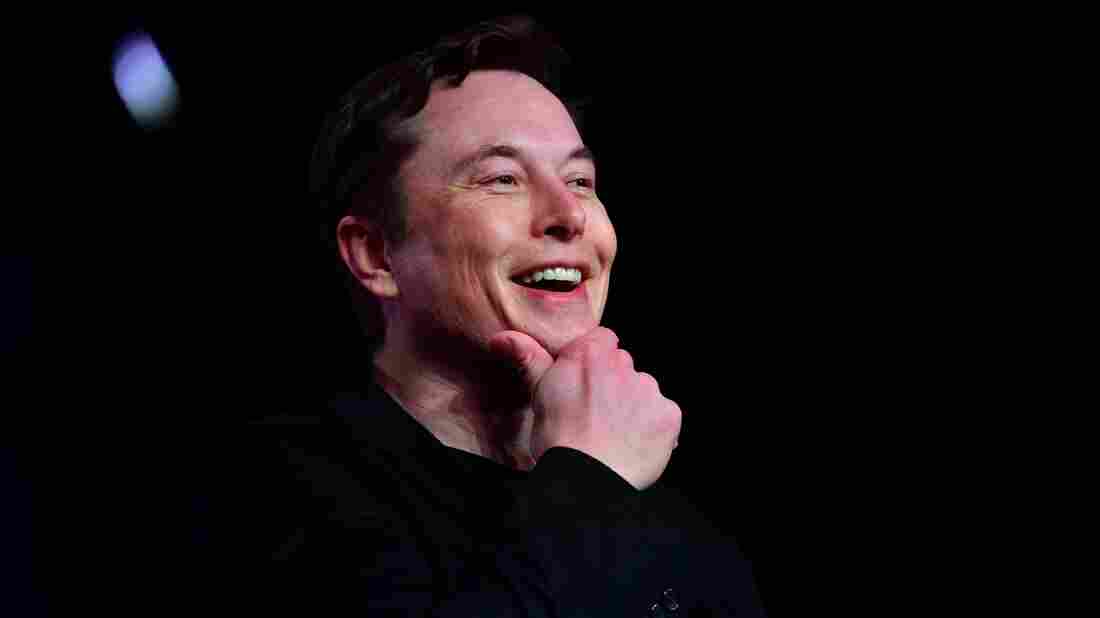 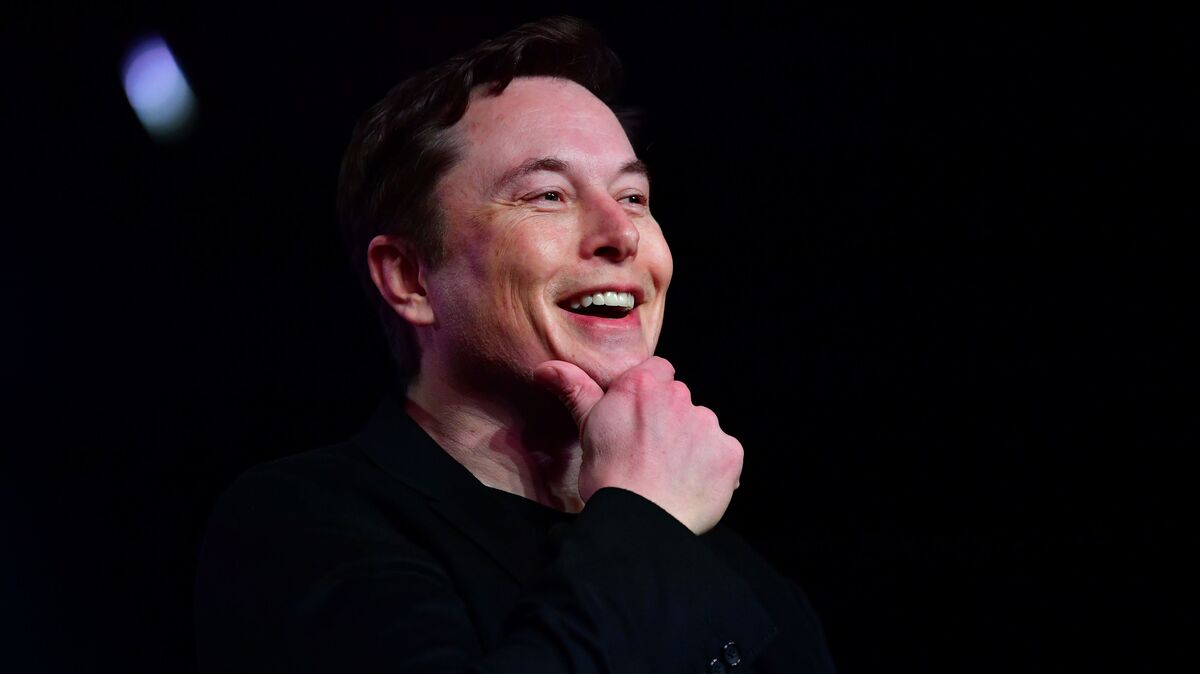 Tesla CEO Elon Musk speaks during the unveiling of the Tesla Model Y in Hawthorne, Calif., on March 14, 2019.

Tesla CEO Elon Musk has always had ambitious goals. Make electric cars cool, save the world, all while making money as a brand new car manufacturer.

And from the start some people have been confident that he would fail. So they shorted Tesla stock — placing a bet that the company's stock value would collapse.

So far, that has been a phenomenally bad bet.

In the first two weeks of 2020 alone, short sellers were down some $2.6 billion, according to Ihor Dusaniwsky, the head of predictive analytics at S3 Partners.

"It's not a happy new year for Tesla short sellers," he says.

Tesla stock debuted at less than $20 a share in 2010. It hit $200 in 2014. And now, after strong deliveries in the fourth quarter and the successful launch of a new factory in China, it's above $500 — giving the company the highest valuation of any U.S. carmaker ever.

Dusaniwsky says that since 2016, Tesla short sellers are down $11.1 billion.

"We've lost a lot of money," says Mark Spiegel, the head of a small hedge fund that placed a very large bet against Tesla.

Spiegel's fund lost more than $1 million from shorting Tesla, which he started doing back in 2014. This week, he began cutting back.

"[It was] at 20% of the fund, sometimes a third of the fund, and I slashed it back today because [the stock price] is just so decoupled from reality," he said on Monday.

"I am the world's worst predictor of Tesla's stock price," he said.

But he's far from the only one.

Most companies don't have investors betting against them like this, and when they do it's normal for 3% to 8% of a company's stock to be shorted, according to Dusaniwsky.

At the start of 2020, more than 20% of Tesla stock was shorted. As of Jan. 15, it's the single most-shorted stock on the U.S. market. Some major hedge funds are among the most active short sellers.

Musk seems to take this personally. He once called short sellers "jerks who want us to die," and he's tussled with prominent short sellers on Twitter.

He's also repeatedly warned them that they're making a bad bet — once saying a "tsunami of pain" was coming for those who bet against the company. And he's repeatedly been right.

'Cultish convictions on both sides'

Dusaniwsky says the community of Tesla short sellers is unusual — not just for its size, but for its passion. Meanwhile, Tesla also has a highly energetic community of superfans and Elon Musk enthusiasts.

"It's not just a financial transaction," Dusaniwsky says. "It's almost a lifestyle choice to be on one side or the other."

There's a very public battle between the two sides, waged on Twitter, podcasts, YouTube channels and the business press.

The Tesla fans say Musk is a genius and a visionary, who's made droolworthy, eco-friendly cars with cutting-edge autonomous technology. And sales are through the roof, they point out.

The Tesla shorts, like Spiegel, say Musk is an erratic fraud. They say Tesla's Autopilot technology is dangerous or even "homicidal," and that the company's sales rely on subsidies that will eventually run out.

"There is strong conviction on both sides. More than strong. There's cultish convictions on both sides," Dusaniwsky says. "It's almost like a college football game ... people are just crazy fans and it doesn't matter what the team does."

His data shows some short sellers are finally backing away from their investments as Tesla's remarkable rally continues. Forty percent of all the short sales of Tesla stock have been closed out since June 30, 2019. That means major losses, given Tesla's stock market surge.

But it still leaves a lot of investors holding on. "They're just staying in a position no matter what," Dusaniwsky says.

Even Spiegel, who has reduced the size of his position, hasn't changed his mind about the company's future.

He still says the stock prices will collapse — eventually.

"Obviously we've been way too early on the timing," Spiegel says. "But you never know that in advance."