Accessibility links
In 2012, Obama Won Howard County, Iowa, By 21 Points. Then Trump Won It By 20 Nearly a third of Iowa's 99 counties swung from voting for Democrat Barack Obama in 2008 and 2012 to Republican Donald Trump in 2016. Howard County saw the biggest swing. 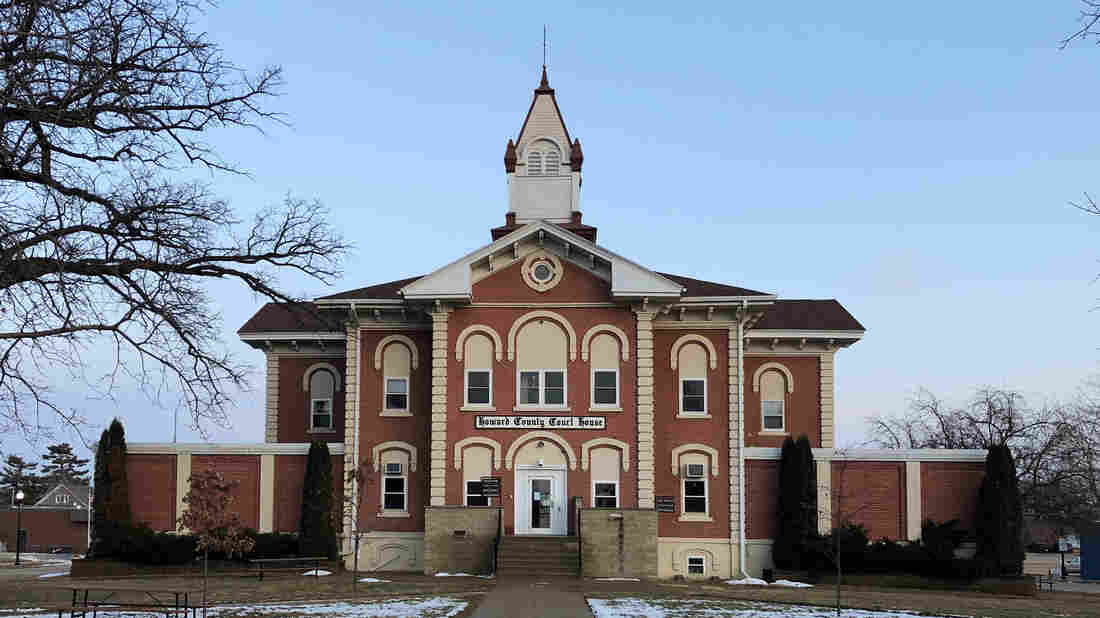 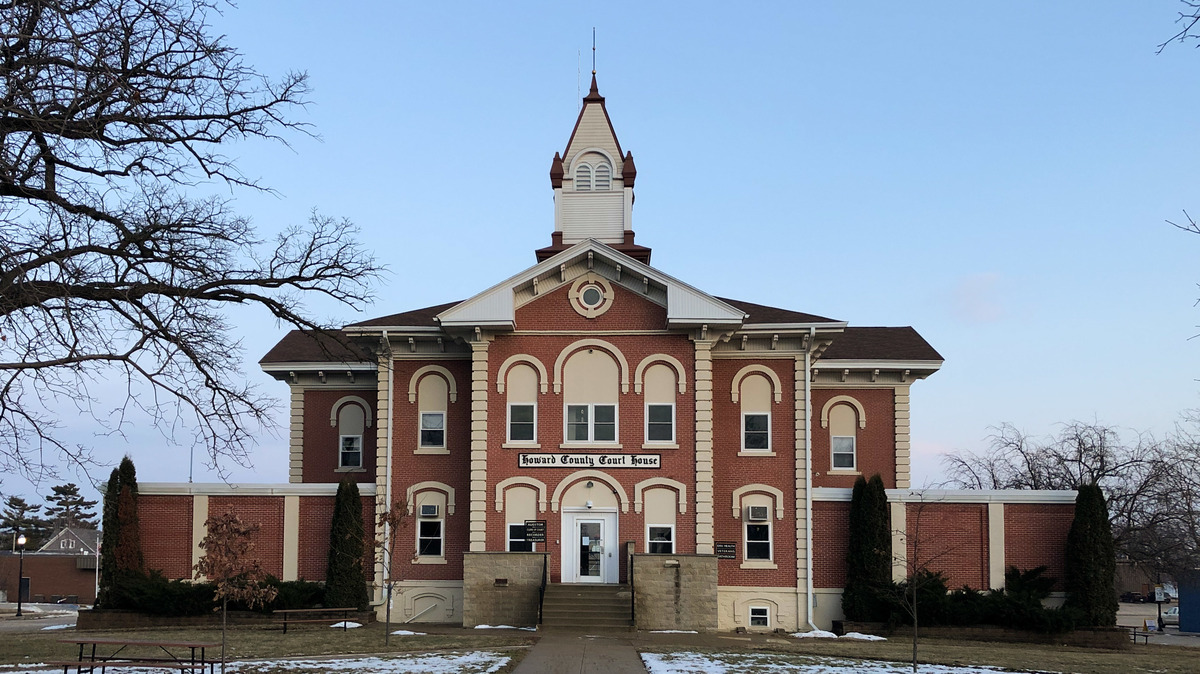 Reporters have descended on Howard County, Iowa, trying to understand the massive political shift there.

Back in 2016, as she campaigned for Hillary Clinton, Laura Hubka could feel her county converting.

"People were chasing me out the door, slamming the door in my face, calling Hillary names," Hubka recalled.

Hubka is the chair of the Democratic Party in Howard County, Iowa. It's a tiny county of just about 9,000 people on the Minnesota border, and it's mostly white, rural and, locals say, religious. 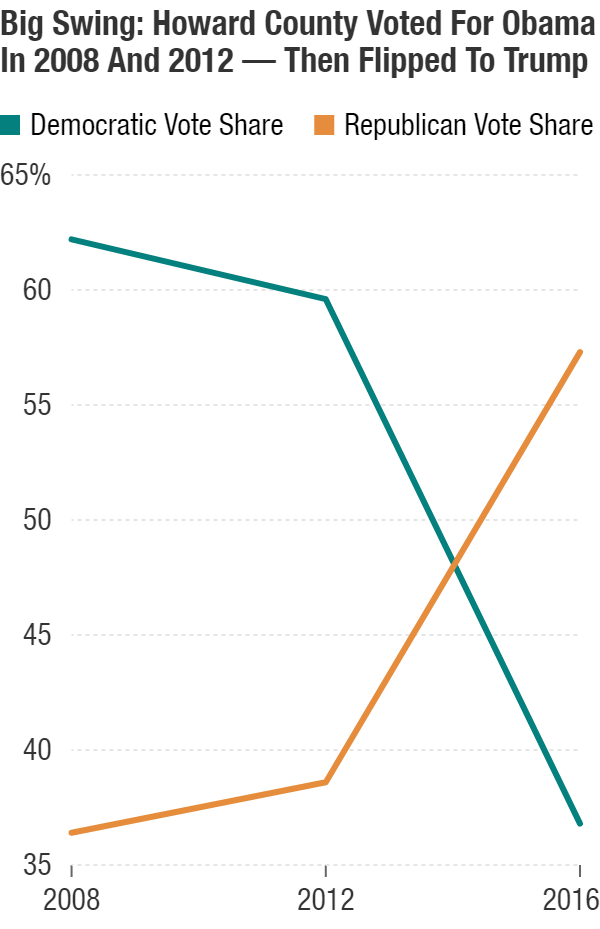 In 2012, Howard County voted for then-President Barack Obama by 21 percentage points. In 2016, it voted for candidate Donald Trump by 20 points.

Howard County, with its 41-point shift, saw the biggest swing.

National reporters have descended on the county, trying to understand the massive shift, and people there offer a few possible explanations. Some point to white, working-class union voters who bought into Trump's economic promises. Others point to the moment the local theater showed a movie that smeared Hillary Clinton.

Whatever the reason, local Democrats want to make sure they can win back some voters. But they're torn on how to do that.

"Republicans stand behind their candidate," Hubka said. "Like, the Democrats have to fall in love. We have to be, like, 'Oh, Barack Obama.' You know, I don't feel like people are, like, 'Oh, Joe Biden,' you know — and that's a problem."

Hubka is not supporting the former vice president. Instead, she's backing Pete Buttigieg, the former mayor of South Bend, Ind. So is Dale Ernst.

I met Ernst recently, along with some 20 other Democrats, at the local chamber of commerce, which also houses the Iowa Wrestling Hall of Fame. (Random fact: Tiny Howard County is home to multiple Olympic wrestlers.) 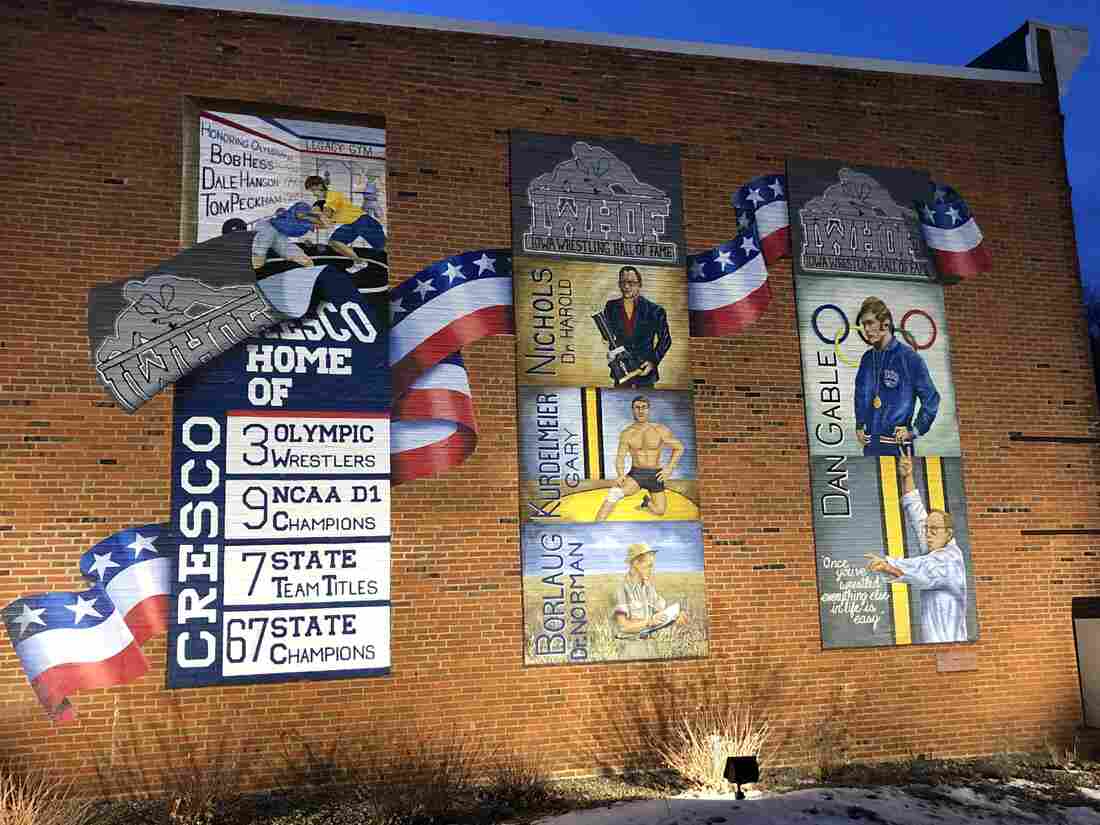 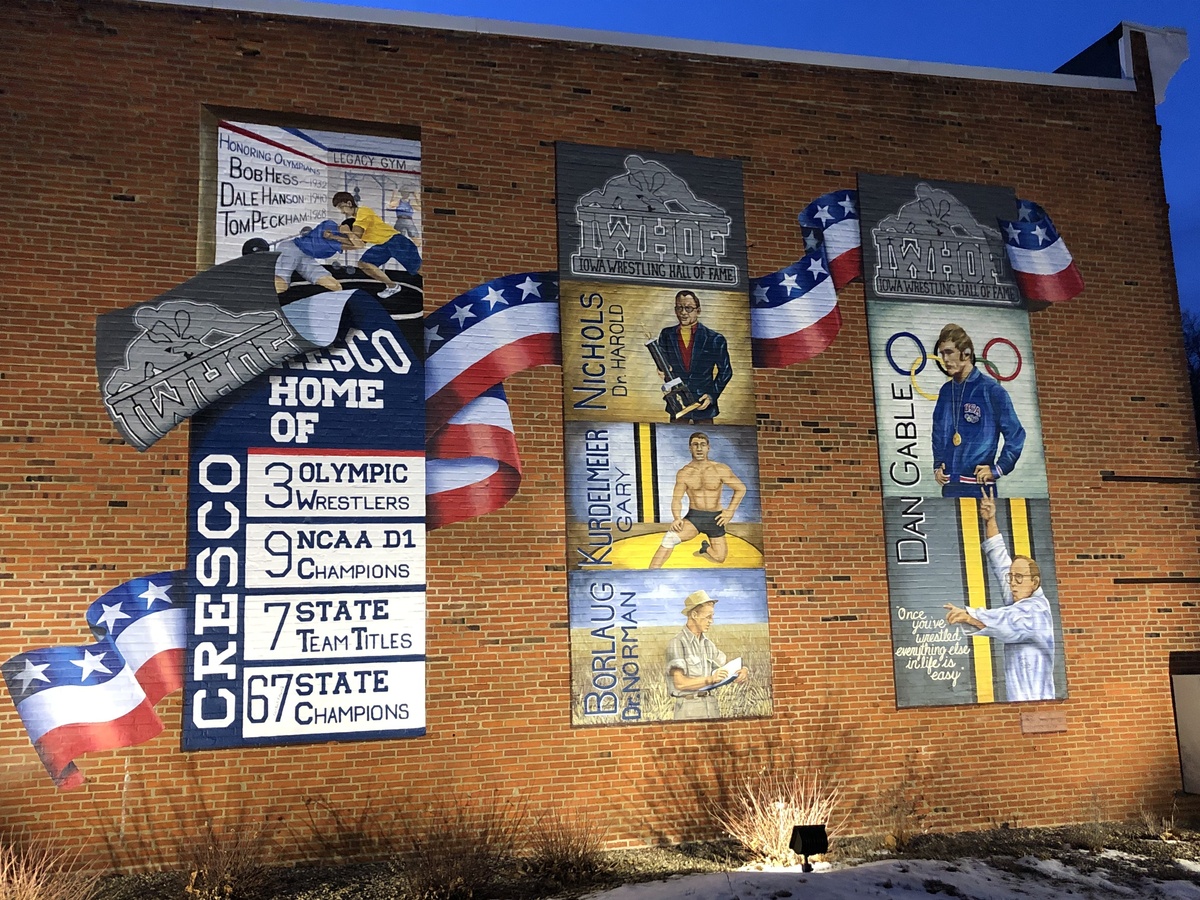 The local chamber of commerce also houses the Iowa Wrestling Hall of Fame.

Ernst, like some other folks at the Democratic committee meeting, is looking for a moderate candidate. And he's worried about some ideas on the left of his party. The 66-year-old is skeptical of "Medicare for All."

"I just don't think it's reasonable," he said. "I just really don't. I think for people younger than 65, they see this more free than, really, the cost of it."

Another voter at the chamber, Sally Godwin, thinks Buttigieg is too young. And she would love to see a woman, though she thinks Massachusetts Sen. Elizabeth Warren is too old.

"Amy Klobuchar is kind of right in the middle," Godwin said. "I like what she has to say."

"She is, she is right in the middle," chimed in her friend Connie Hvitved, who's also leaning toward the Minnesota senator.

Democrats, regardless of whom they're supporting, insist that people are more involved this presidential election. But they're still not confident about their odds in 2020.

Why The Most Coveted Democratic Endorser In Iowa Isn't Picking Sides

"I will do my best to try to get this county back," said Hubka, the party chair. "I don't have high hopes. ... I don't know in November that it'll flip completely. I hope that I can get at least 10 of the points back or, you know, 15."

Local Democrats like Ernst say the best way to ensure the county flips back is for national Democrats to pay attention to places like his.

Democrats can turn to history for some hope. The last time the county went for a Republican prior to Trump was in 1984 for Ronald Reagan. Four years later, it turned blue again.