Accessibility links
Senators Sworn In For Impeachment Trial Like many congressional activities, the Senate trial begins with pomp and circumstance and procedure and process. Little of substance will be achieved until the case is presented next week. 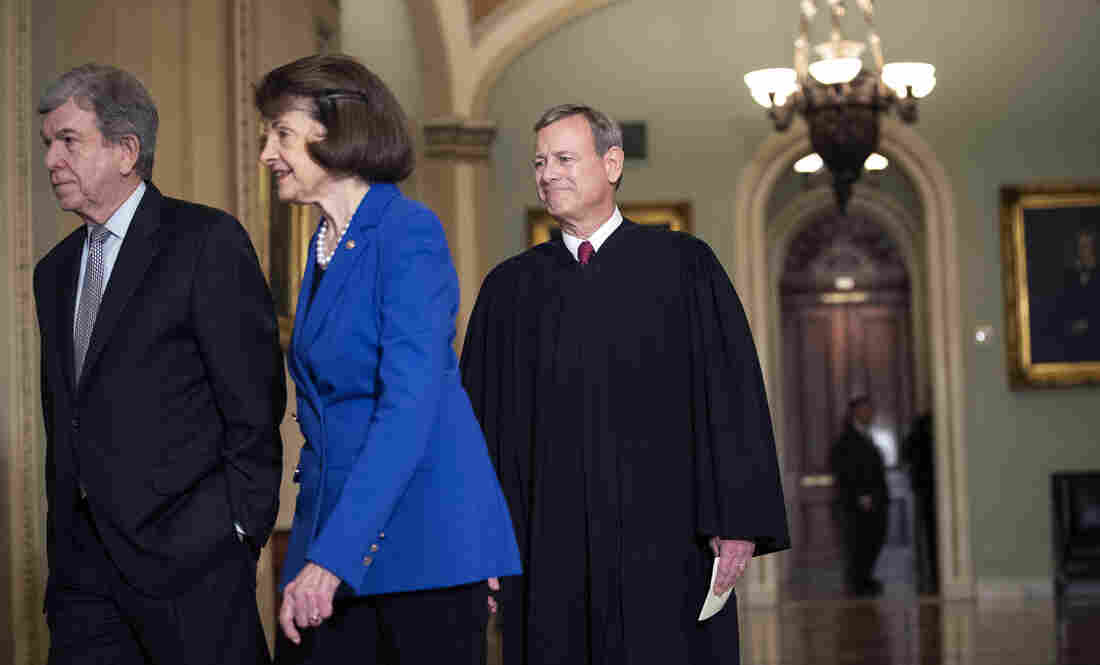 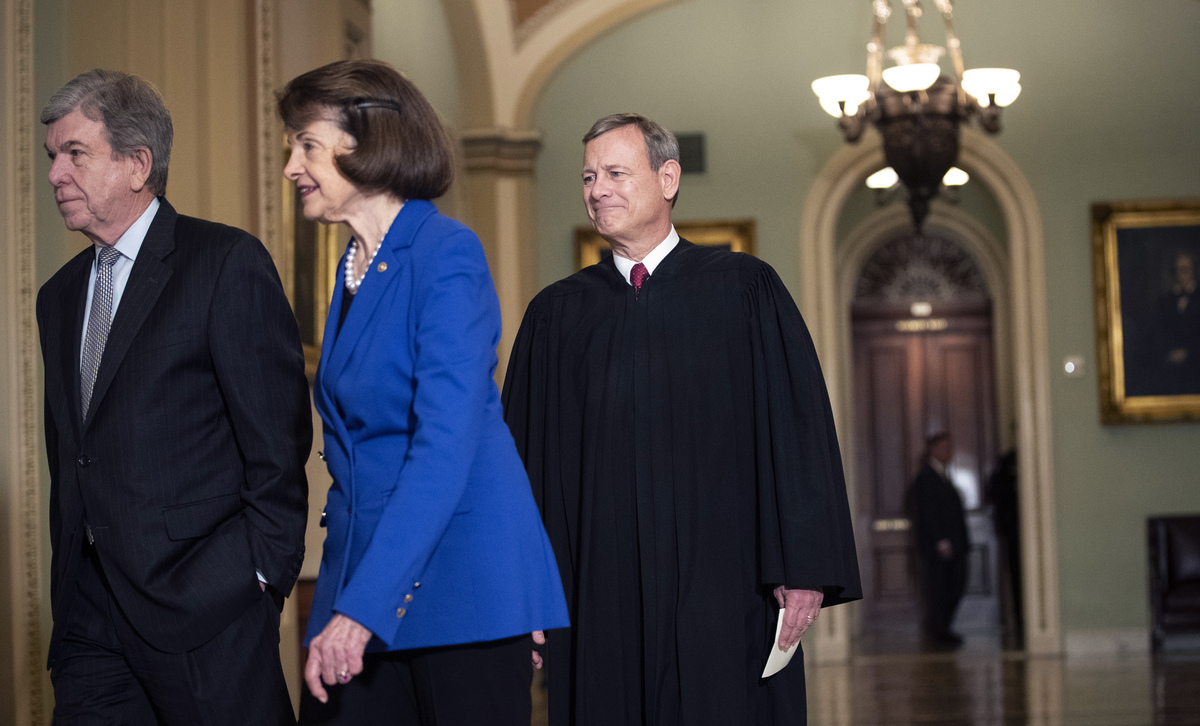 Amid much pomp and circumstance, the Senate took some of its first steps on Thursday to prepare for next week's impeachment trial of President Trump, just the third such trial in Senate history.

Chief Justice John Roberts, having crossed First Street from the Supreme Court building over to the Capitol, joined senators in the chamber and then was sworn in by Senate President pro tempore Chuck Grassley of Iowa. Roberts will preside over the trial.

Calling on them to render "impartial justice," Roberts then swore in the senators to act as jurors.

Ninety-nine of the 100 senators were sworn in for the trial (Sen. Jim Inhofe, R-Okla., was absent because of a family illness; he'll be sworn in when he returns).

Senators then each signed an oath book.

Earlier in the afternoon, the seven House managers named by Speaker Nancy Pelosi gathered in the Senate chamber. The lead manager, Rep. Adam Schiff, D-Calif., formally read the resolution appointing them and the two articles of impeachment approved by the House last month.

The president was then summoned and given a chance to respond. He'll have until noon Monday to submit his brief. President Trump will be primarily represented by two attorneys, White House counsel Pat Cipollone and Jay Sekulow, a private attorney who represented Trump in the Russia investigation.

Despite all the ruffles and flourishes, that was the extent of the "action" this week. Senators will likely head home for the Martin Luther King Jr. Day weekend, and the essence of the trial will get under way next Tuesday, at 1 p.m. ET.

Senators may chafe at some of the conditions they'll have to deal with once that happens. They are expected to be seated at their desks and will have to refrain from talking to one another during the arguments.

They'll need to rise when Roberts enters and exits the chamber, and should votes occur, they'll have to stand then, too.

Perhaps most difficult of all, senators will be separated from their cellphones while in the chamber and must check them in their cloakrooms.