Accessibility links
Why Iran's Economy Has Not Collapsed Amid U.S. Sanctions And 'Maximum Pressure' Although the country has been hit hard, Iranians have managed to live under sanctions for four decades. 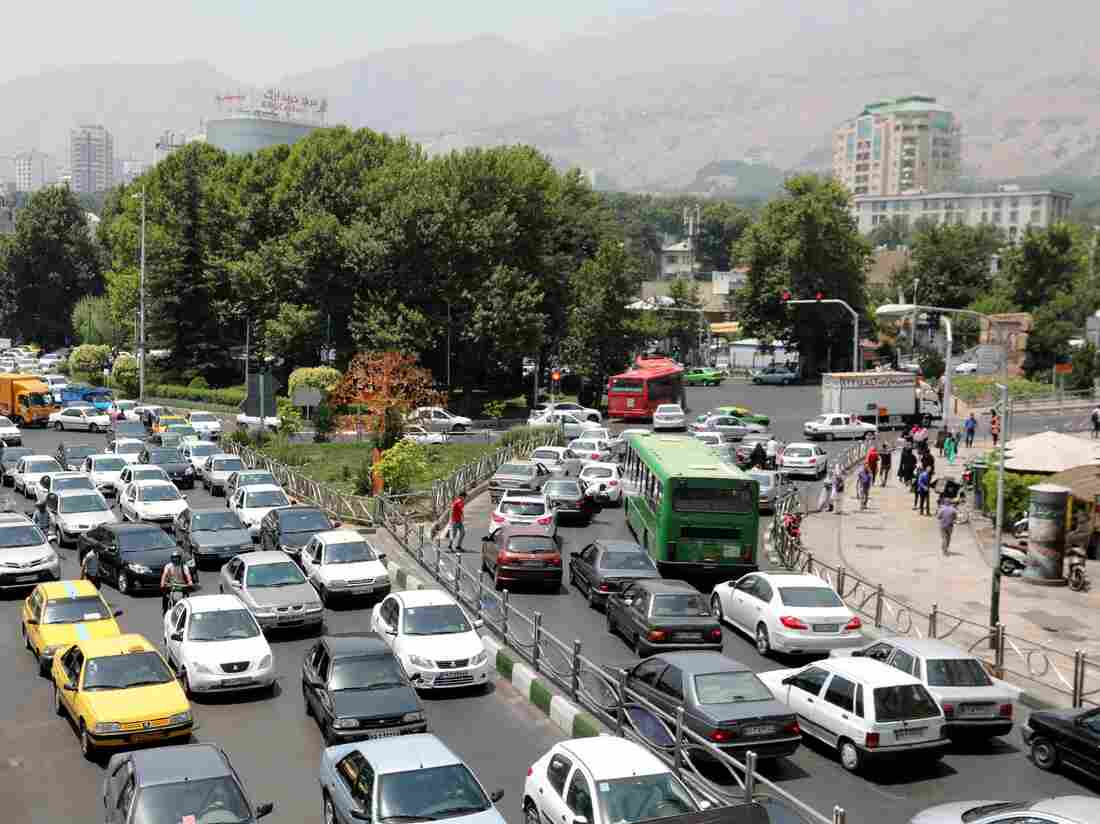 Cars drive through a busy road in Tehran last July. Manufacturing — including automobiles, metals and plastics — accounts for about a fifth of overall employment in Iran. Atta Kenare/AFP via Getty Images hide caption 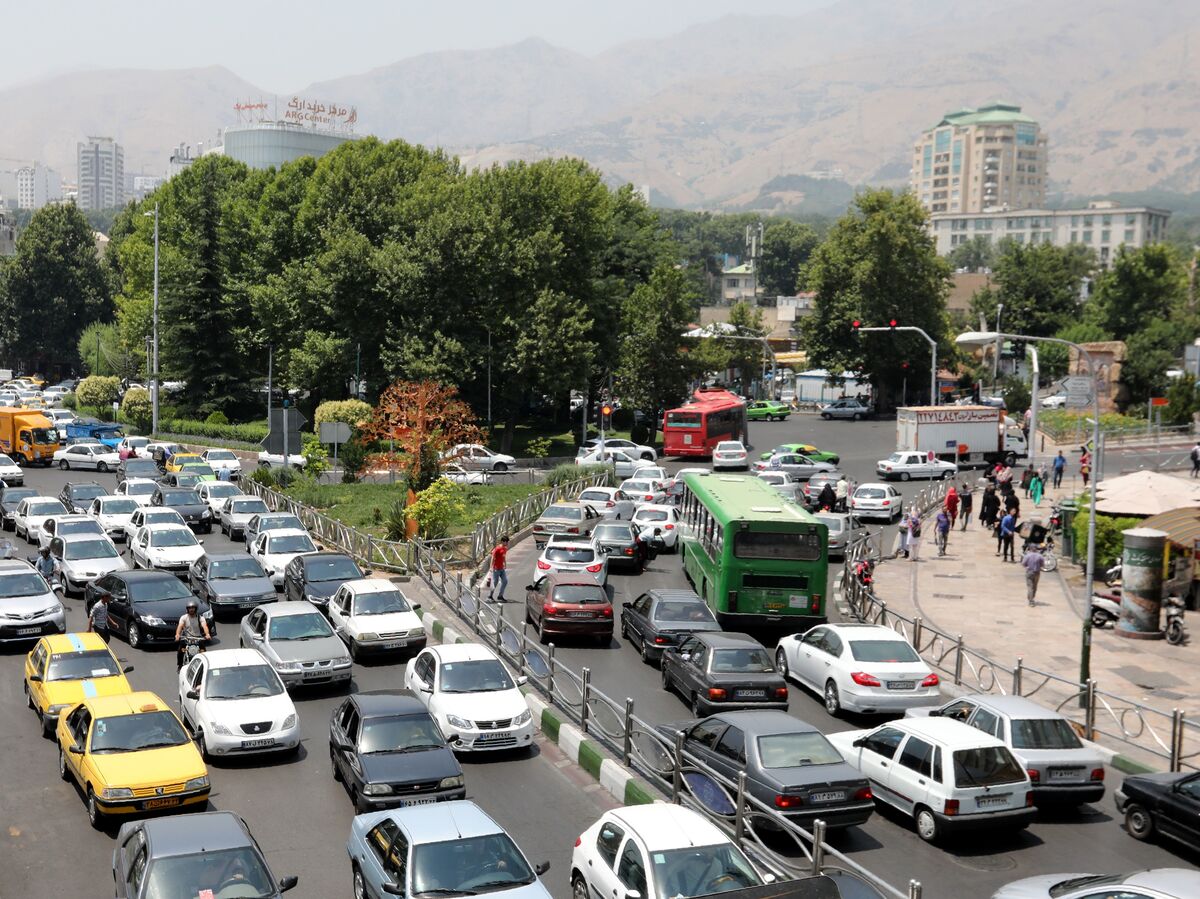 Cars drive through a busy road in Tehran last July. Manufacturing — including automobiles, metals and plastics — accounts for about a fifth of overall employment in Iran.

Since 2017, the Trump administration has placed layers of tough sanctions on Iran in an effort to deprive the regime of financial resources and to force it to negotiate a new nuclear deal.

Secretary of State Mike Pompeo said in a recent speech that the administration's strategy of "maximum pressure" aims to cut off 80% of Iran's oil revenues and that "President Rouhani himself said that we have denied the Iranian regime some $200 billion in lost foreign income and investment as a result of our activities."

Yet Iran's economy has not collapsed.

"I think the predictions of a quick economic collapse were too optimistic," says Djavad Salehi-Isfahani, an economics professor at Virginia Tech specializing in the Iranian economy. Despite the Trump administration's crushing sanctions, there is "a misunderstanding of the level of complexity of Iran's economy and how good they are or how experienced they are with resisting sanctions."

To be sure, the increasing sanctions since 2017 have hit Iran's economy hard.

"Unemployment is high; inflation is high. They're running out of foreign exchange," says Salehi-Isfahani. "The economy is not in good shape at all." 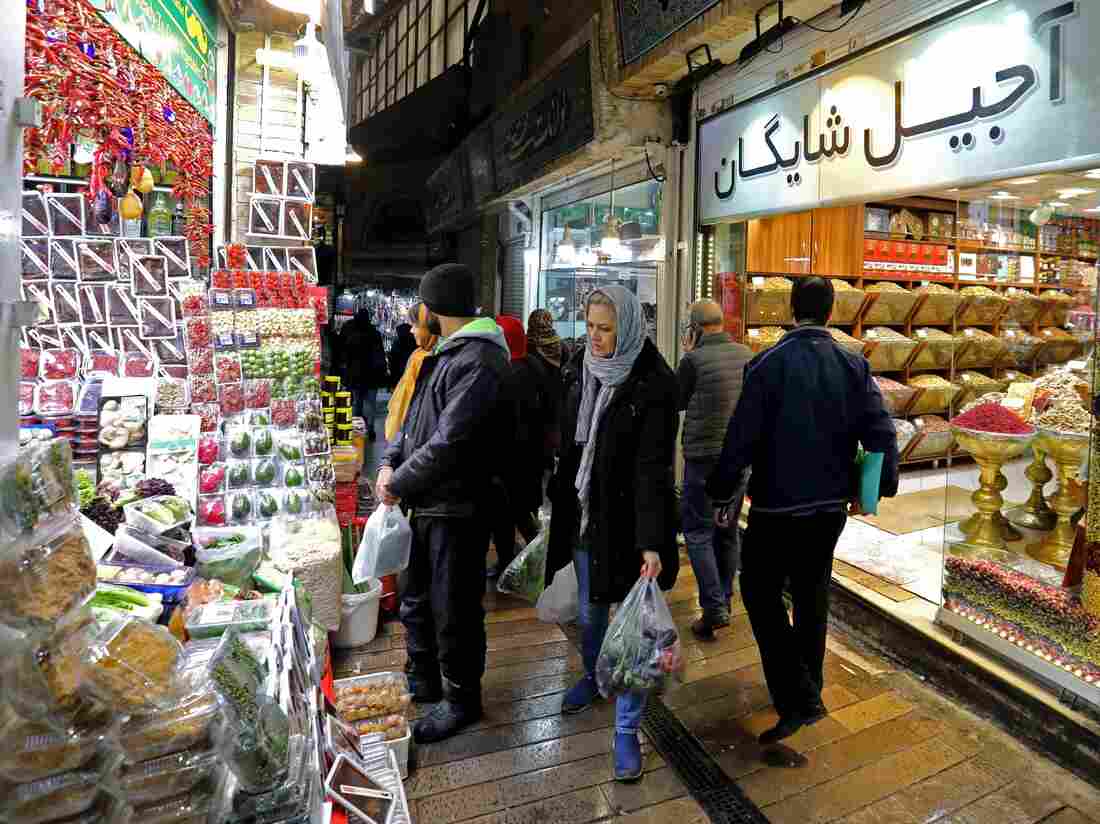 Certain goods, such as food products, are not affected by secondary sanctions on Iran. Atta Kenare/AFP via Getty Images hide caption 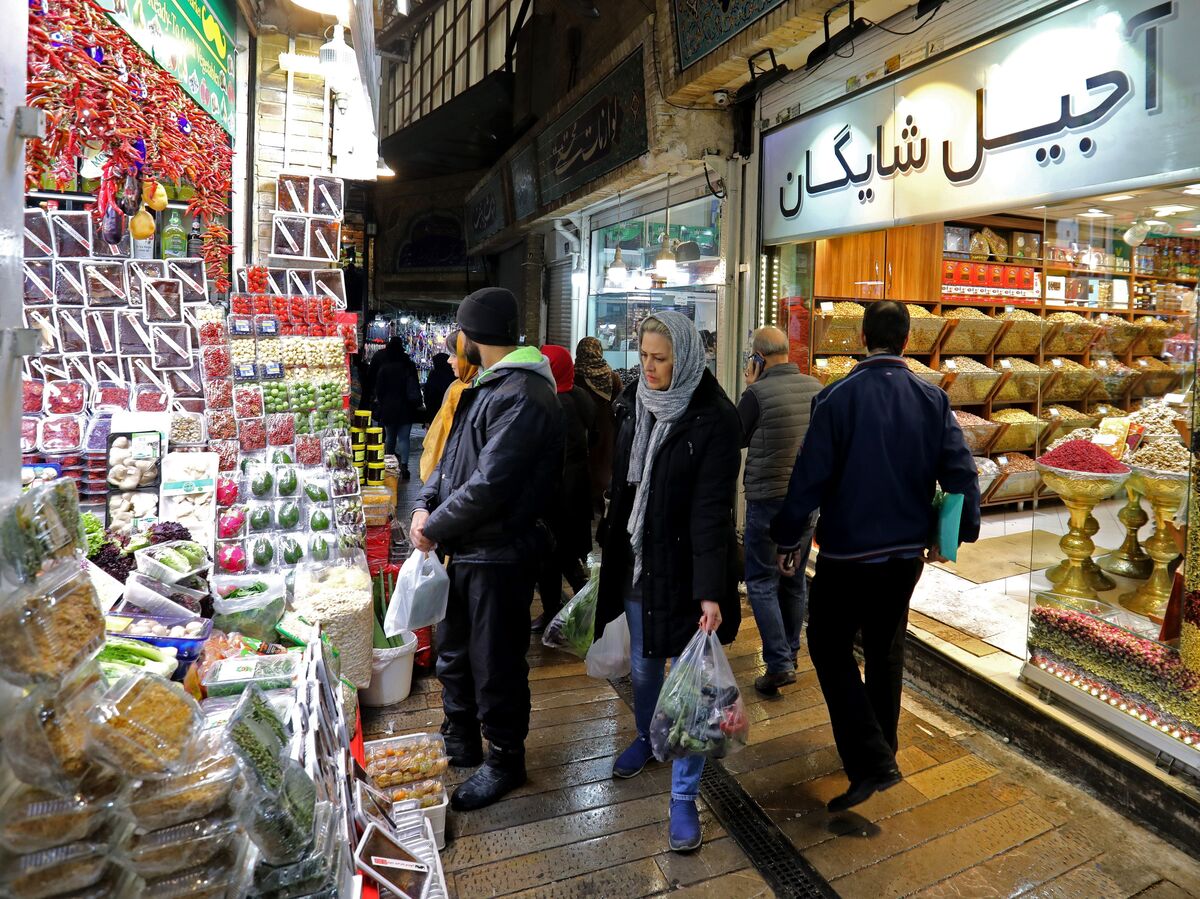 Certain goods, such as food products, are not affected by secondary sanctions on Iran.

But over the past four decades, Iran has had a lot of experience with sanctions and has learned to withstand their impact, he says. And it's no different this time.

Both the World Bank and the International Monetary Fund estimate Iran's gross domestic product is on track to decline by roughly 9% this year. (Iran's own estimates are lower, Salehi-Isfahani says). Compare that with the 1970s and late 1980s, when the U.S. imposed sanctions after Americans were held hostage at the U.S. Embassy in Tehran. At that time, Iran's GDP per capita dropped by 50%, according to Salehi-Isfahani.

The World Bank and IMF estimates of economic decline take into account a sharp drop in Iran's oil exports. Before the U.S. pulled out of the 2015 nuclear deal in May 2018, Iran was exporting about 2 million barrels of crude oil a day. Now it's estimated that Iran exports between 300,000 and 500,000 barrels daily, most of that to China, says Esfandyar Batmanghelidj, the founder of Bourse and Bazaar, an organization that tracks developments in Iran's economy.

Iran Under Sanctions: A Scramble For Cancer Care And Blame To Go Around

"The Iranian economy is a very diverse economy, and manufacturing is really one of the most important areas," he says. "Currently, manufacturing accounts for about one-fifth of overall employment in the country."

Batmanghelidj says that includes automobiles, metals and plastics. The U.S. sanctions make it difficult for Iranian businesses to access goods needed to make the products, and it's tough to find customers abroad because there's fear the Trump administration will also slap secondary sanctions on any company doing business with Iran.

But some Iranian manufacturers can stay afloat because of informal payment systems that don't rely on banks to get money in and out of the country, Batmanghelidj says. Also, certain goods are not affected by secondary sanctions.

Suzanne Maloney, an Iran specialist at the Brookings Institution, says Iran also has "well-integrated" relations with regional partners, through which it can barter, trade or use other types of arrangements to maintain some economic activity.

"The Iranians really do have alternative industries to fall back on and a significant domestic capacity, as well as the ability to leverage their relationships with several of their neighboring states to try to muddle through economic adversity," she says. "Countries like Iraq and Afghanistan, some of the Central Asian republics and, of course, Syria, elsewhere across the region — it does have a reach that goes beyond that of the U.S. Treasury Department."

A shortage of imported goods has helped spur domestic production, Salehi-Isfahani says. That, in turn, has helped create more employment for Iranians.

But it's hard to gauge how much patience the Iranian population has. Forty years ago, he says, Iranians were willing to put up with hardships caused by U.S. sanctions. Now they are protesting in the streets.

"As we have noticed in the last few months," he says, "that tolerance isn't there. To what extent the government can maintain public order in the face of this 10 to 20% decline in living standards, I don't know."