Accessibility links
'PigeonBot' Brings Robots Closer To Birdlike Flight Birds change the shape of their wings far more than planes. The complexities of bird flight have posed a major design challenge for scientists trying to translate the way birds fly into robots. 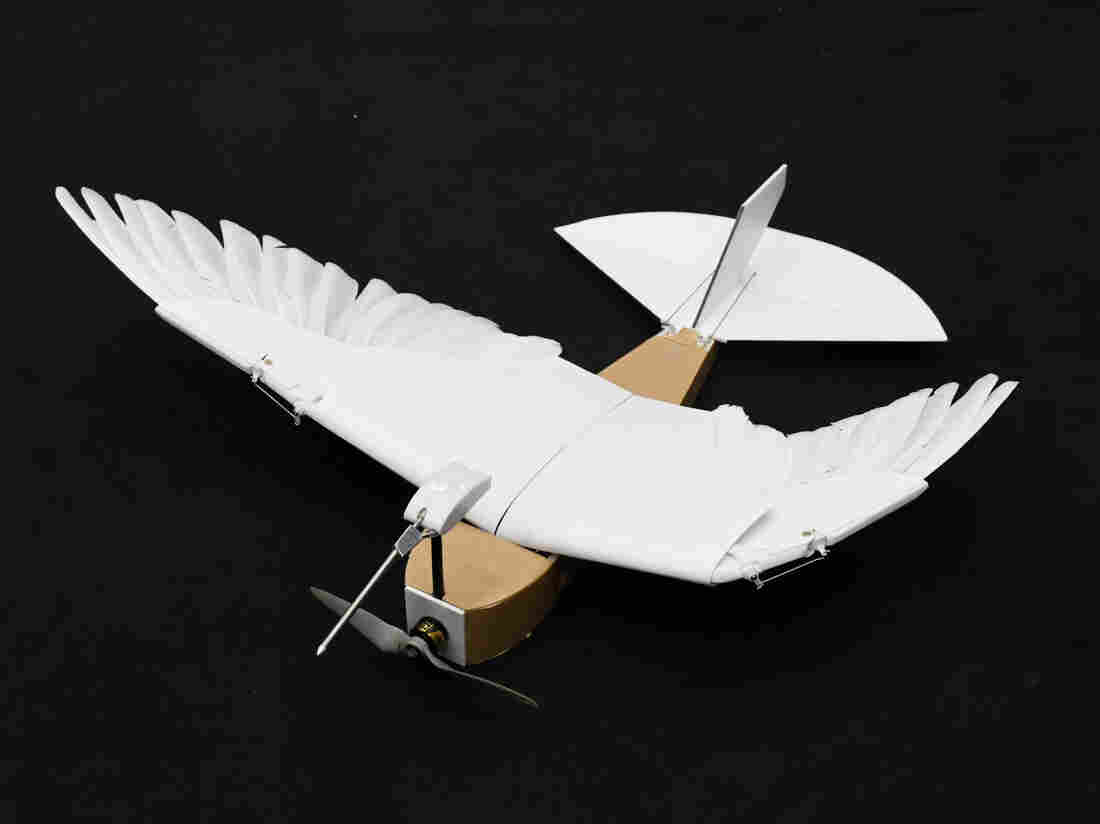 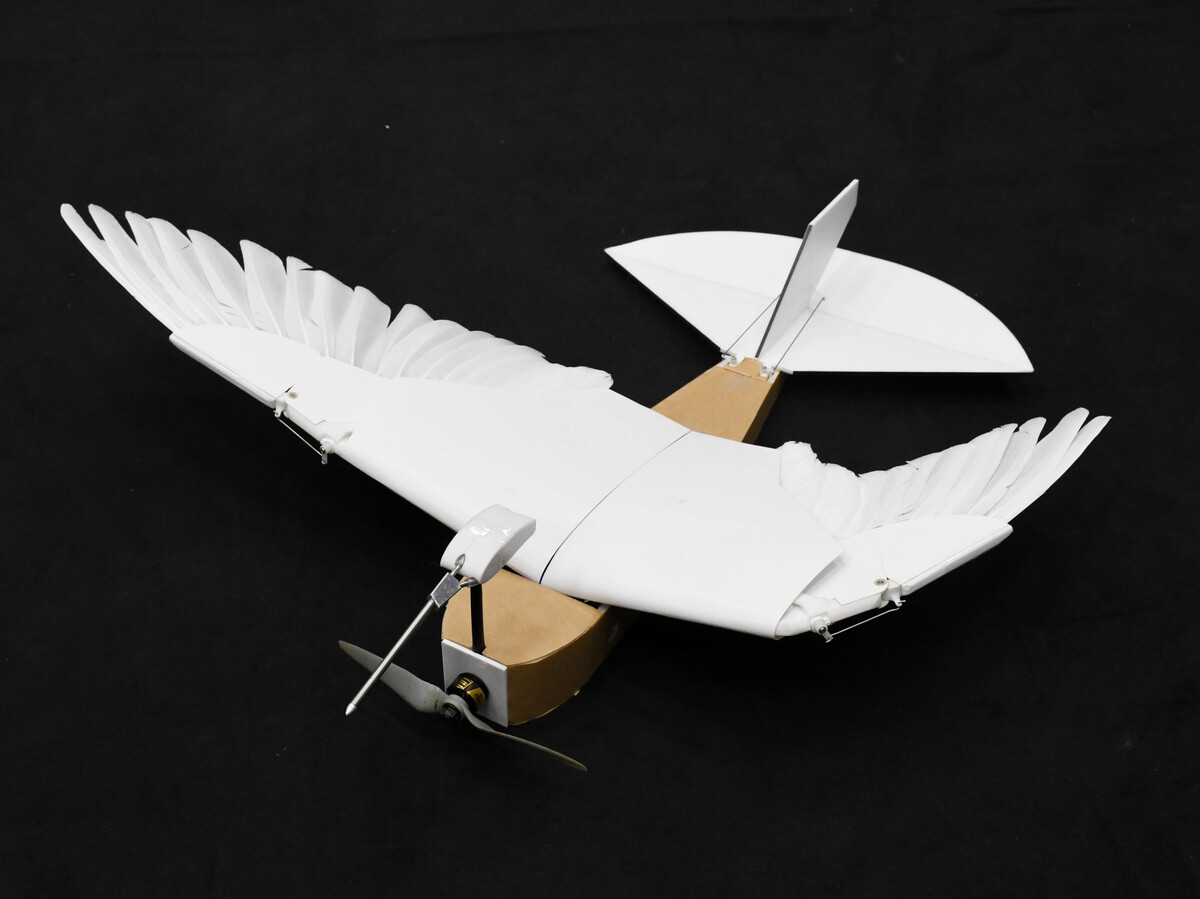 A team of Stanford University researchers designed the PigeonBot.

For decades, scientists have been trying to create machines that mimic the way birds fly. A team from Stanford University has gotten one big step closer.

The team created the PigeonBot — a winged robot that it says approximates the graceful complexities of bird flight better than any other robot to date.

When a bird is soaring through the air, it dramatically changes the shape of its wings as it makes hairpin turns and swoops up and down. Birds change the shape of their wings far more than planes do, and the complexities of bird flight have posed a major design challenge for scientists trying to translate the way birds fly into robots.

Ultimately, the motions that bird wings make are seen as far superior to those of an aircraft: "It actually enables birds to fly further, longer, maneuver much better," says David Lentink, a professor of mechanical engineering at Stanford University. "I really love aircraft as well, but it just doesn't compare to a bird."

Lentink led a team to try to pinpoint some of the unique ways that bird wings work. The researchers then used what they found to create the PigeonBot. They described the robot in a paper published this week in Science Robotics.

The researchers used common pigeon cadavers to try to figure out the mechanics of how birds control the motion of their feathers during flight. Scientists had thought the feathers might be controlled by individual muscles. But they learned that some aspects of bird wing motion are simpler than they expected.

Lentink says that several doctoral students realized that simply by moving a bird's "wrist" and "finger," the feathers would fall into place. When the bird's wrist and finger move, "all the feathers move too, and they do this automatically," he said. "And that's really cool."

The findings are some of the first evidence that the bird's fingers are important for steering. The team replicated the bird's wing on the PigeonBot using 40 pigeon feathers, springs and rubber bands connected to a wrist and finger structure. When the wrist and finger move, all the feathers move too.

The researchers used a wind tunnel to see how the feather-and-rubber-band design worked under turbulent conditions. "Most aerospace engineers would say this is not going to work well, but it turned out to be incredibly robust," Lentink says.

They also pinpointed something interesting about how the feathers work together that helps most birds fly in turbulent conditions. At certain moments during flight, such as when a bird is extending its wings, tiny hooks on the feathers lock together like Velcro.

"These tiny, microscopic microstructures that are between feathers lock them together as soon as they separate too far apart and a gap is about to form. And it's really spectacular," Lentink adds. "It requires an enormous force to separate them."

These tiny hooks are so small that they're hard to see even through a microscope. Then, when a bird tucks its wing back in, the feathers unlock automatically, like directional Velcro. Separating the locked feathers makes an audible sound for most birds. The team published this finding in a separate paper in the journal Science.

It's worth noting that the PigeonBot doesn't incorporate something you might associate with birds' wings — flapping. The designers were focused on incorporating the subtler wrist-and-finger motions of the wings, so the bot appears to be gliding through the air while it's in flight.

"The work is very impressive," says Alireza Ramezani, an engineering professor at Northeastern University who recently was part of a team that created a bat-inspired robot.

He sees it as a sign that drone designs of the future may move away from fixed-wing or rotary-wing technologies. Compared with feathered wings, those harder wings could be dangerous to humans. Softer designs such as this one could be better "in future smart cities when it comes to close interaction between humans and aerial systems."

Ramezani envisions animal-inspired robots being used in future surveillance or reconnaissance efforts, or maybe even to make package deliveries.