Accessibility links
Report Defends 'Thorough Work' Done Certifying Boeing 737 Max — But Suggests Changes Amid difficult questions about the steps taken by Boeing and regulators, the review commissioned by the Department of Transportation largely validated the process that put the jetliner in the air. 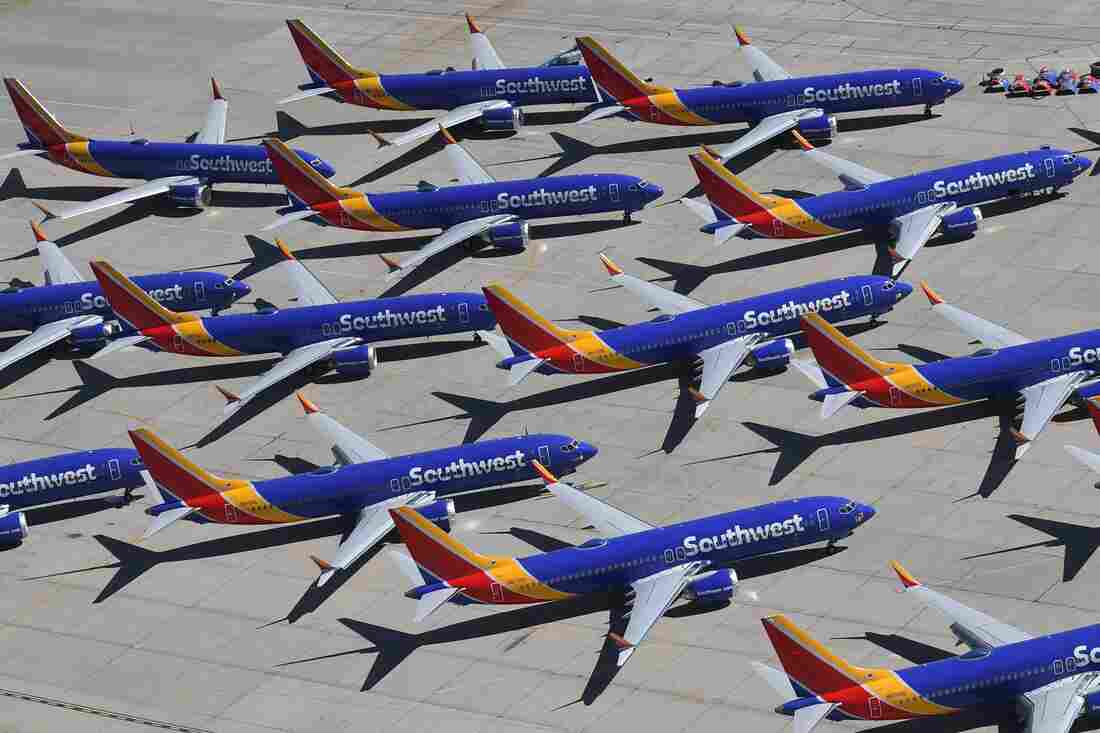 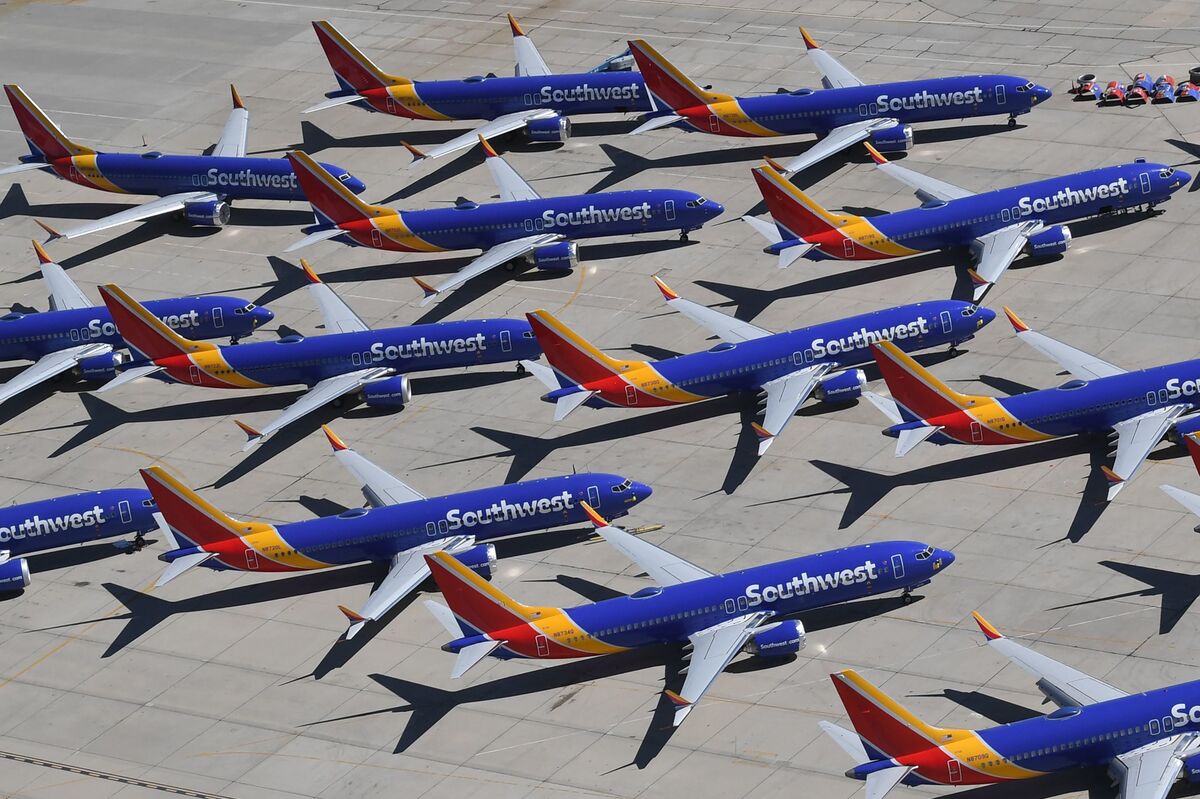 Boeing 737 Max aircraft operated by Southwest Airlines crowd the tarmac of the airport in Victorville, Calif., after the Federal Aviation Administration grounded the planes last year.

A pair of Boeing 737 Max 8 jetliners plummeted from the sky in 2018 and 2019, killing hundreds of passengers and eventually prompting officials to ground the aircraft model worldwide — but the process that allowed the craft in the air in the first place is generally sound, according to a review commissioned by U.S. regulators.

An independent committee established by the Department of Transportation published its findings in a 68-page report Thursday. (Skip down to read the whole report.) And broadly, the group found the certification process laid out by the Federal Aviation Administration to be effective, with some changes needed for improvement.

"What we saw was a thorough work by aviation professionals," one of the two co-chairs, former Air Line Pilots Association President Lee Moak, told journalists on a conference call explaining the findings. Together with retired Air Force Gen. Darren McDew, Moak oversaw a five-member panel with a mix of transportation industry executives and former regulators.

"However," Moak added, "we saw where you could improve the system."

Among their recommendations for the FAA:

What was not among its recommendations was any significant adjustment to the FAA's Organization Designation Authorization, a program by which the agency can delegate elements of its certification process to certain approved private individuals or companies. The program drew controversy last year when lawmakers questioned how Boeing ended up being responsible for reviewing changes to its own design on the 737 Max.

"Safety experts have long raised concerns that the [ODA] program leaves the fox in charge of the henhouse," Sen. Richard Blumenthal, D-Conn., wrote in a letter to the Department of Transportation last March, just days after the FAA grounded the Max.

"In short," he added, "the staff responsible for regulating aircraft safety are answerable to the manufacturers who profit from cutting corners, not the American people who may be put at risk."

Further concern surfaced last week with the revelation that Boeing employees had mocked the FAA in internal messages and gloated about the ease with which the plane was approved. "This airplane," read one note about the craft, which would later be involved in the deaths of 346 people, "is designed by clowns who in turn are supervised by monkeys." 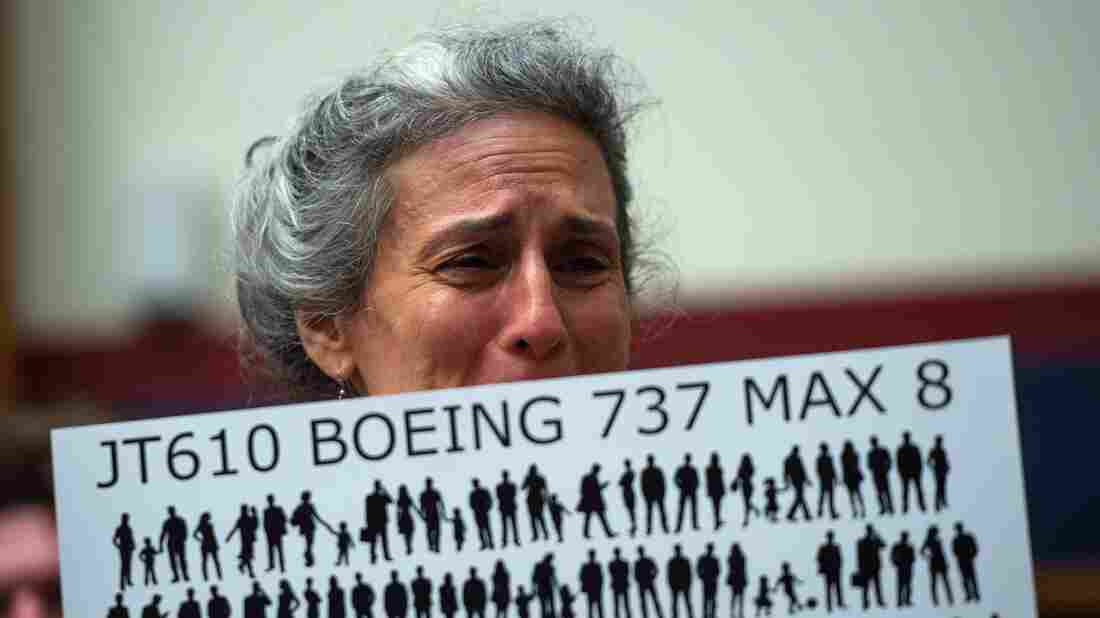 The mother of a victim of the Ethiopian Airlines crash, which killed scores of passengers last year, bears a sign representing the dead passengers before a congressional hearing on the Boeing 737 Max 8 back in June. Andrew Caballero-Reynolds/AFP via Getty Images hide caption 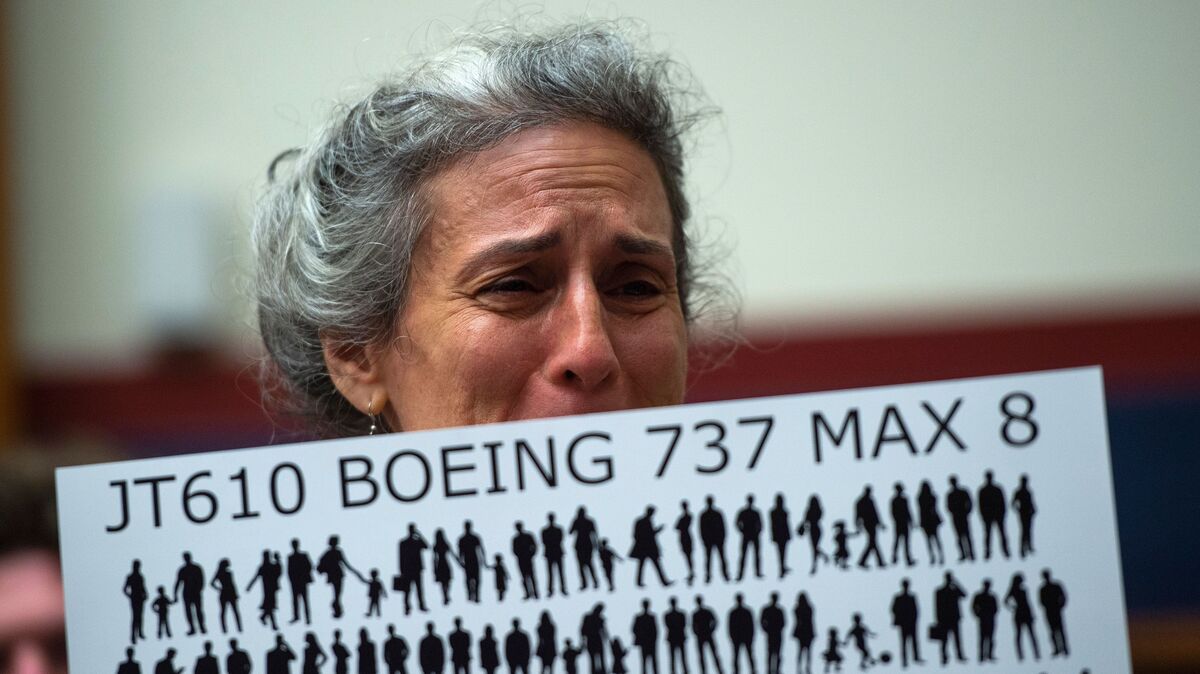 The mother of a victim of the Ethiopian Airlines crash, which killed scores of passengers last year, bears a sign representing the dead passengers before a congressional hearing on the Boeing 737 Max 8 back in June.

But in its review, the panel found no evidence that the outcome of the certification process would have been different if the FAA had not delegated some of the steps.

"The FAA's delegation system is an appropriate and effective tool for conducting aircraft certification," the committee concluded in the executive summary of its report. "It relies on effective standards, oversight and communication between stakeholders."

The review isn't the first to be compiled since the aircraft was grounded. Last October, an FAA-commissioned panel known as the Joint Authorities Technical Review lambasted both the agency and Boeing for failing to properly evaluate the new automated flight control system that directly caused the crashes.

The airline manufacturing giant — now helmed by CEO David Calhoun after Dennis Muilenburg stepped down from the post last month — responded to Thursday's report with gratitude and a commitment to take its findings seriously.

"We will study these recommendations closely," a company spokesperson said in a brief statement, "as we continue to work with government and industry stakeholders to enhance the certification process."

"I was pleased to see that the committee recommended we advance the use of Safety Management Systems throughout all sectors of the aviation industry," Administrator Steve Dickson said in a statement released by the FAA.

"The agency will carefully consider the committee's work, along with the recommendations identified in various investigative reports and other analyses, as we take steps to enhance our aircraft certification processes."