Accessibility links
FBI Arrests 3 Alleged Members Of White Supremacist Group Ahead Of Richmond Rally The three suspected members of The Base had discussed going to Monday's pro-gun rally in Virginia, a law enforcement official tells NPR. The FBI says they also made an assault rifle. 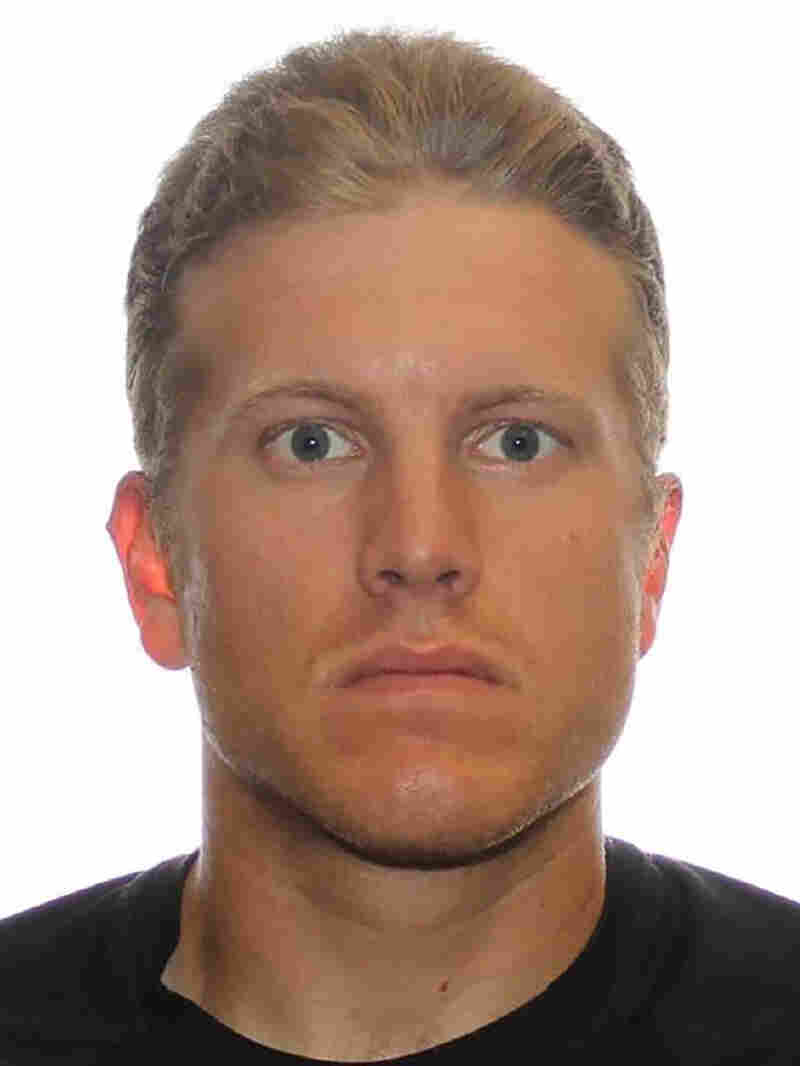 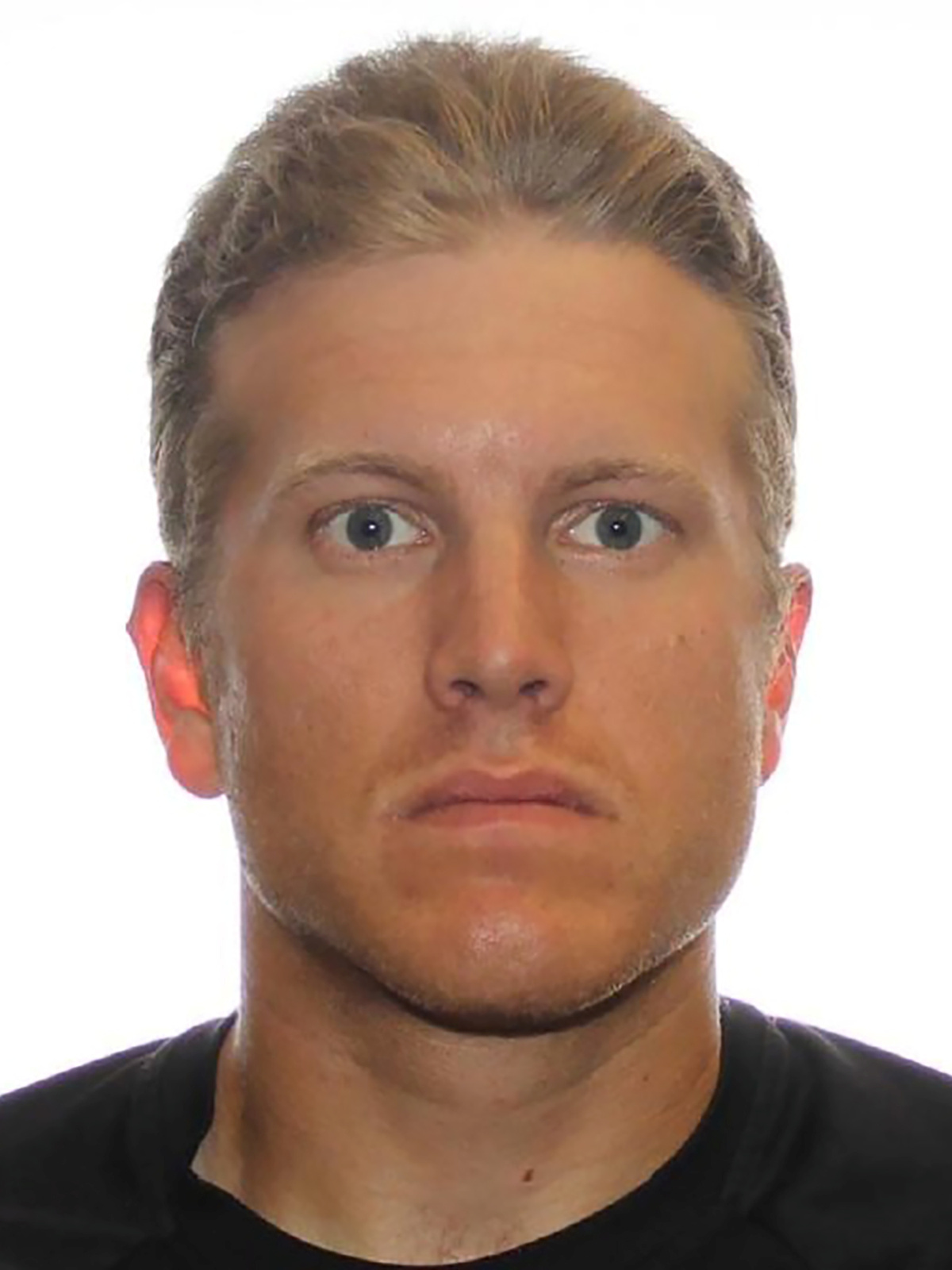 The FBI has arrested three alleged members of The Base — which authorities describe as a "racially motivated violent extremist group" — on charges that range from illegal transport of a machine gun to harboring aliens, according to the U.S. Attorney's Office in Maryland.

A law enforcement official tells NPR that the three suspected members of The Base had discussed going to a controversial pro-gun rally in Virginia next week.

The arrests come days before a pro-gun demonstration that's slated to take place in Richmond, Va., on Monday — and just after Gov. Ralph Northam declared a state of emergency and banned firearms on the Capitol grounds in Richmond in anticipation of the gun rights demonstration.

"We have received credible intelligence from our law enforcement agencies that there are groups with malicious plans for the rally that is planned for Monday," Northam said Wednesday afternoon.

The firearms ban was challenged in court, but a judge in Richmond upheld the governor's order.

The criminal case against Lemley, Bilbrough and Mathews was filed under seal Tuesday; it was unsealed Thursday after their arrests. The defendants were to appear before a federal judge Thursday afternoon at the U.S. District Court in Greenbelt, Md., just east of the Capital Beltway. They were not expected to enter any pleas in that initial appearance, the U.S. Attorney's Office says.

Two of the men who were arrested have previous military training: Lemley was a cavalry scout in the Army, and Mathews previously served as a combat engineer in the Canadian Army Reserve.

Mathews apparently entered the U.S. just days after a high-profile police raid on his house in rural Manitoba, Canada, last August. As the CBC reported, police ordered Mathews out of his house so they could execute a search warrant related to suspicions that he was acquiring guns and recruiting for The Base — which the CBC called "a global neo-Nazi terrorist group."

The FBI says Lemley and Bilbrough drove together from Maryland to Michigan to pick up Mathews after he illegally entered the U.S. near the Manitoba-Minnesota border. The trio then traveled to Maryland's Eastern Shore area, where Bilbrough lives, the bureau says.

Lemley and Mathews then set up a residence in neighboring Delaware, where authorities say they started working to build an illegal assault rifle and acquire ammunition, according to court documents.

"Lemley and Mathews used an upper receiver ordered by Lemley, as well as other firearms parts, to make a functioning assault rifle," the U.S. Attorney's Office says, citing an affidavit that FBI Special Agent Rachid Harrison filed in support of the charges.

This month, the U.S. Attorney's Office says, Lemley and Mathews "purchased approximately 1,650 rounds of 5.56mm and 6.5mm ammunition; traveled from Delaware to a gun range in Maryland, where they shot the assault rifle; and retrieved plate carriers (to support body armor) and at least some of the purchased ammunition from Lemley's prior residence in Maryland."

It appears federal authorities had the men under surveillance, as Harrison's affidavit details their movements and quotes from their conversations. One section of the FBI affidavit describes Lemley taking the assault rifle to a gun range in Maryland: "An FBI agent observed Lemley at the gun range, and heard what appeared to be more than one bullet being fired at a time."

The court documents state that when Lemley returned to the Delaware apartment he shared with Mathews, he said the rifle "would have to be cached though because that's an ATF f****** nightmare" and added, "Oh oops, it looks like I accidentally made a machine gun."

Lemley then said he would partially dismantle the gun in case agents from the Bureau of Alcohol, Tobacco, Firearms and Explosives visited the apartment — to which Mathews replied, "Um, if they show up here, we got other problems."

When the two men returned to the same gun range in Maryland three days later, the FBI was ready. Its agents had set up a camera near the gun range, allowing them to record Lemley and Mathews with the illegal firearm.

The Base's members use encrypted chat rooms to discuss their supremacist agenda, the FBI says. According to court documents, the extremists frequently discuss topics such as "recruitment, creating a white ethno-state, committing acts of violence against minority communities (including African-Americans and Jewish-Americans), the organization's military-style training camps, and ways to make improvised explosive devices."

Summarizing the most serious charges in the case, the U.S. Attorney's Office says Lemley and Mathews could each face a maximum of 10 years in prison if they're convicted of "transporting a firearm and ammunition in interstate commerce with intent to commit a felony offense."

Lemley faces additional charges, from transporting a machine gun in interstate commerce to providing a gun and ammunition to an illegal alien. And Mathews could face a maximum of 10 years if he's convicted of being an alien in possession of a firearm and ammunition.

In addition to those charges, both Lemley and Bilbrough could face a maximum sentence of five years for allegedly transporting and harboring Mathews.

NPR's Hannah Allam and Ryan Lucas contributed to this report.