Accessibility links
'Freed From The Secret': Rep. Ayanna Pressley Opens Up About Living With Alopecia The freshman lawmaker says she felt that it was particularly important for her to speak out about her condition because her hairstyle, Senegalese twists, has become a part of her political brand.

'Freed From The Secret': Rep. Ayanna Pressley Opens Up About Living With Alopecia

'Freed From The Secret': Rep. Ayanna Pressley Opens Up About Living With Alopecia 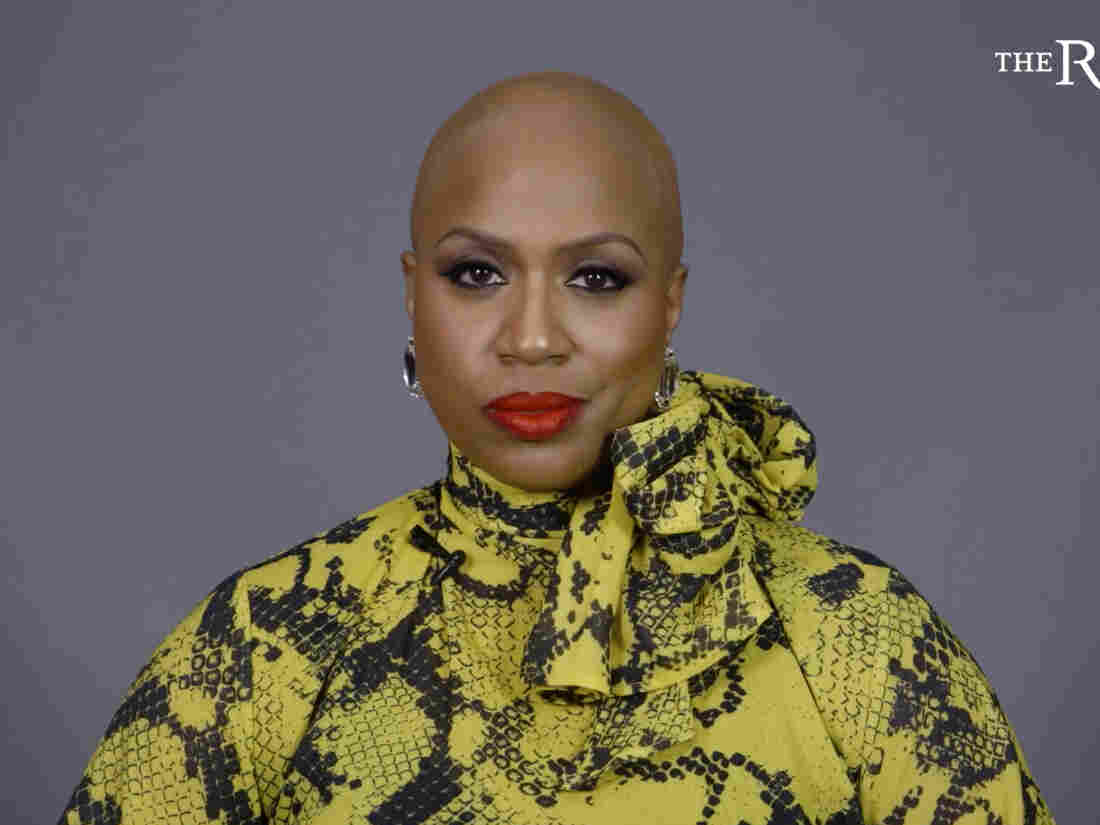 Rep. Ayanna Pressley appears in a video for The Root, the African American-focused online magazine, in which she reveals her bald head and talks about living with alopecia. Courtesy of The Root and G/O Media via AP hide caption 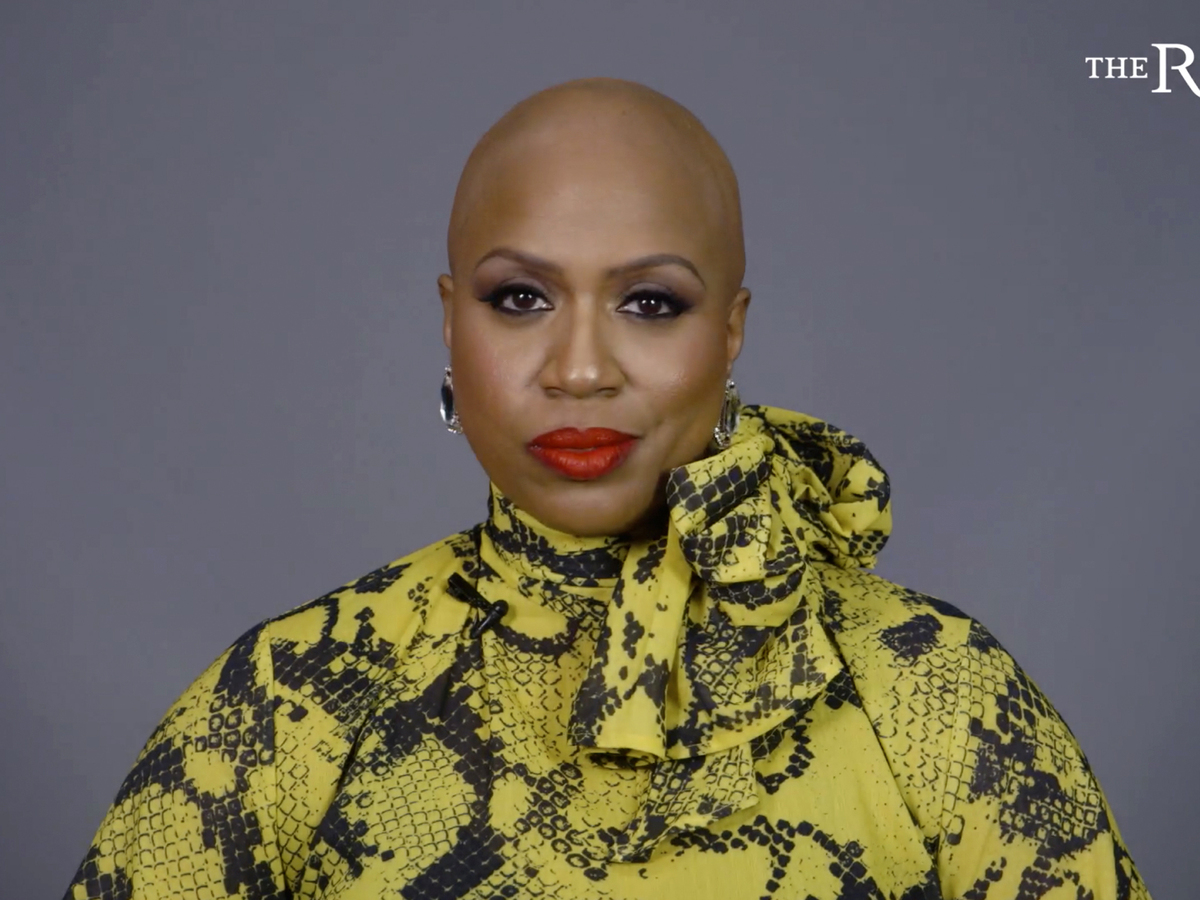 Rep. Ayanna Pressley appears in a video for The Root, the African American-focused online magazine, in which she reveals her bald head and talks about living with alopecia.

Courtesy of The Root and G/O Media via AP

"I've only been bald in the privacy of my home and in the company of close friends," Rep. Ayanna Pressley of Massachusetts says at the beginning of an emotional video in which she revealed she is living with alopecia.

"I do believe going public will help," she says in the video published by The Root. "I'm ready now, because I want to be freed from the secret and the shame that secret carries with it. Because I'm not here just to occupy space — I'm here to create it."

Pressley starts the video wearing a wig and later appears squarely addressing the camera with her bald head revealed.

Alopecia is a disease that causes hair loss when the body attacks its own hair follicles, according to the American Academy of Dermatology. It happens to otherwise healthy people and tends to be "unpredictable," the AAD says. It can manifest as bald patches or people can lose all the hair on their scalp or on their entire body.

"My twists have become such a synonymous & a conflated part of not only my personal identity & how I show up in the world, but my political brand. And that's why I think it's important that I'm transparent about this new normal & living with alopecia." — @AyannaPressley pic.twitter.com/jqraqZeiKr

As John Hopkins Medicine notes, black women are particularly susceptible to a condition known traction alopecia, which is caused by certain kind of hairstyles that involve pulling the hair tightly at the root.

Pressley says she felt that it was particularly important for her to speak out about her condition because her hairstyle, Senegalese twists, had become a part of her political brand.

What Not To Say To A Woman With No Hair

When she first got the twists, Pressley recalls feeling "like I met myself fully for the first time." The Democratic lawmaker says she was aware that her hairstyle might be seen as a "political statement that was militant." But she was deeply moved by the positive reception it garnered.

"Now, I walk into rooms and little girls are wearing T-shirts that say 'My Congresswoman Wears Braids,' " Pressley says, adding that she has gotten letters from women who "talk about their own emancipation, that they feel that they feel like I've given them permission." 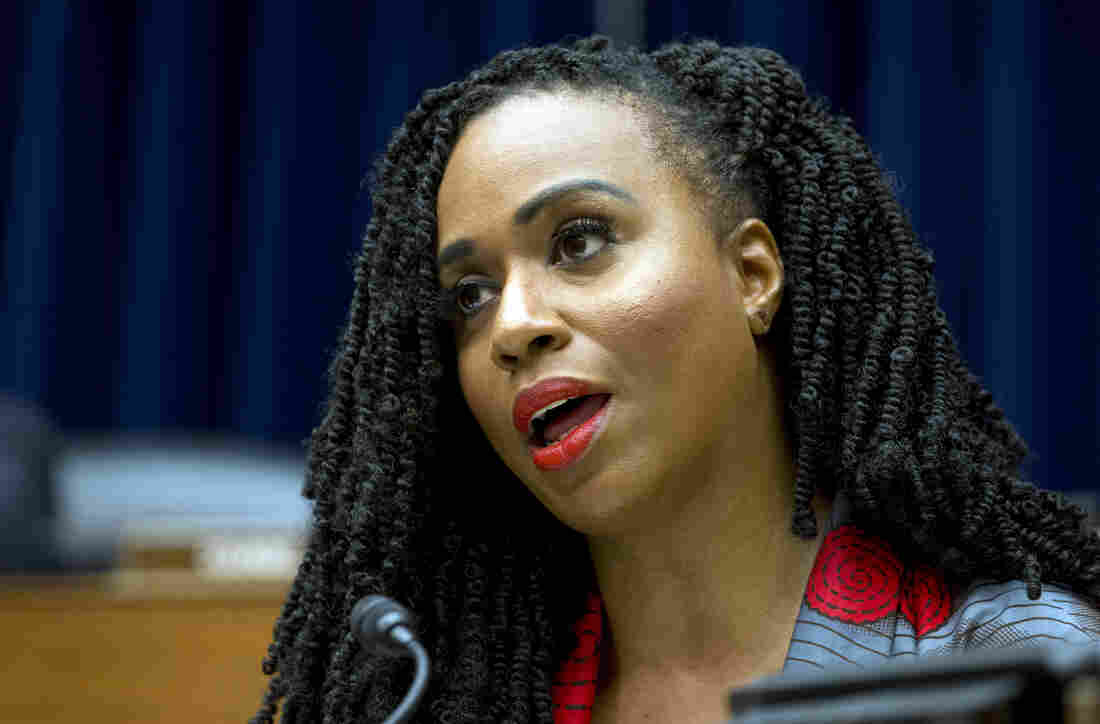 Pressley, shown here during a subcommittee meeting in October, has worn her hair in Senegalese twists for years. Jose Luis Magana/AP hide caption

She describes her feelings of fear and dread as her condition rapidly progressed. "In the fall, when I was getting my hair re-twisted is the first time I was aware that I had some patches." Pressley says she remembers "waking up every morning to sinkfulls of hair," despite doing everything she could to stop it the condition from worsening.

"I did not want to go to sleep because I did not want the morning to come," she says, recalling how she would look in the mirror and see "a person who increasingly looked like a stranger to me."

The night before the House voted on articles of impeachment against President Trump, Pressley says the last bit of her hair fell out.

"I didn't have the luxury of mourning what felt like the loss of a limb," she says. "It was a moment of transformation — not of my choosing."

She donned a wig and says she hid in a bathroom stall after the vote on Dec. 18, feeling exposed and vulnerable. She says she worried about the little girls inspired by her twists, and felt a strong need to go public with her story.

"I am making peace with having alopecia," Pressley says. "I am very early in my alopecia journey. But I'm making progress every day. ... It's about self-agency, it's about power, it's about acceptance."

Fellow freshman Rep. Alexandria Ocasio-Cortez of New York — and many others — are applauding Pressley's video.

"Could you imagine losing all your hair on the eve of an enormously public day? And then turning that intensely intimate ordeal to make space for others?" Ocasio-Cortez tweeted. "Ayanna, you are a living blessing."

Pressley's twists sent a strong message to the black community, Debra Hare-Bey, a master braider and cosmetologist in Brooklyn, told The Associated Press. "We've been discriminated against on the basis of our hair. It's a very prideful thing to be able to wear your hair in its natural state and not have someone discriminate against you," she says, adding that alopecia is a major problem in the community.

In a statement to NPR member station WGBH, Pressley says she hopes her video will inspire others to share their stories.

"I hope this starts a conversation about the personal struggles we navigate and I hope that it creates awareness about how many people are impacted by Alopecia," she says.

"To all those sharing their personal stories in response, I see you."