Accessibility links
On Their Debut Album, Stretch And Bobbito Are Taking 'No Requests' NPR's Audie Cornish talks with longtime DJs and producers Stretch Armstrong and Bobbito Garcia about their debut album, No Requests, loaded with new renditions of some of their favorite songs. 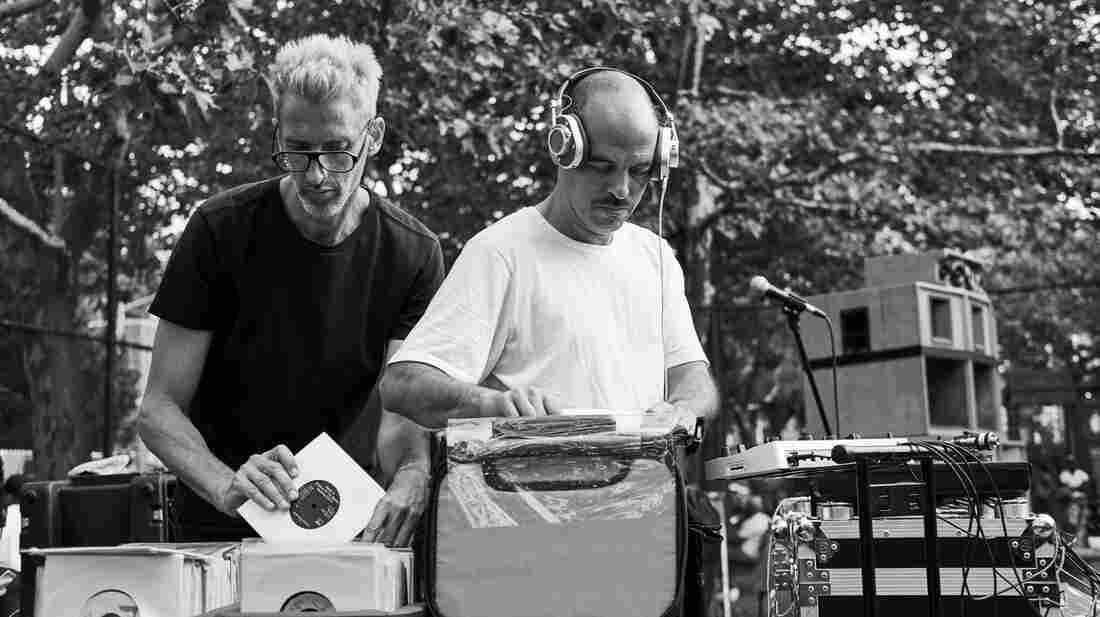 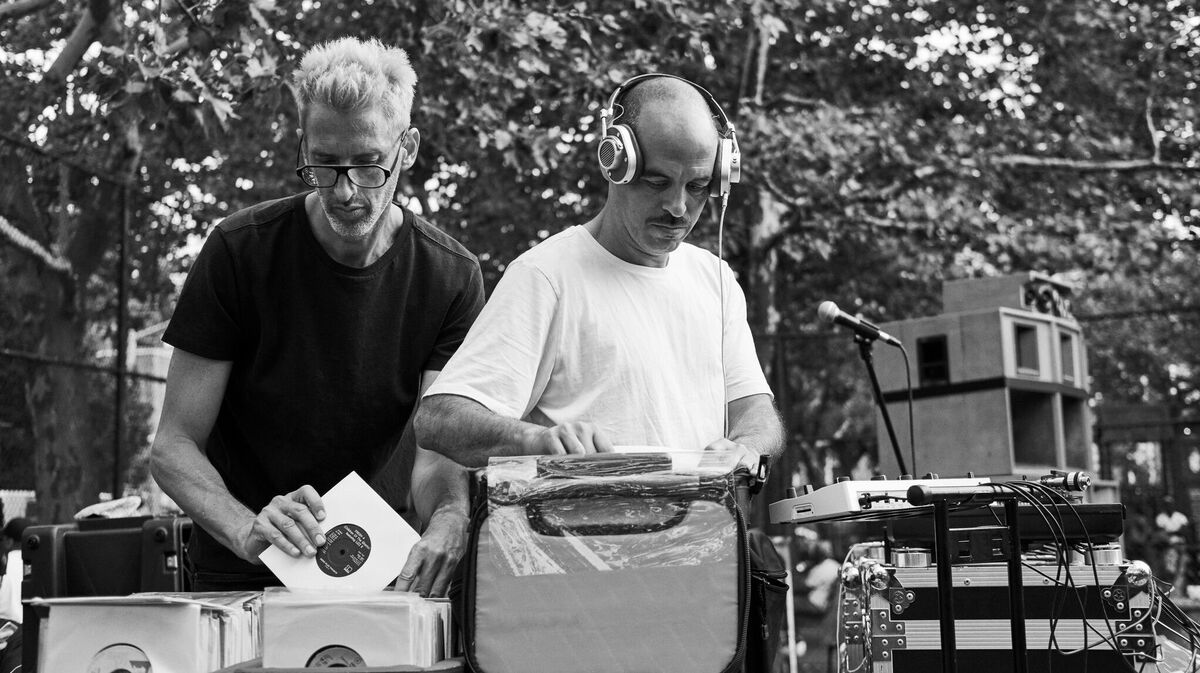 "It's crazy to us," Bobbito says of getting recognition for these songs. "That's what we've done for artists for the last 30 years, and now we're the artists."

Adrian Bartos and Bobbito Garcia are a world-famous radio and club DJ duo. They hosted a podcast from NPR called What's Good with Stretch and Bobbito. Today, their debut album, No Requests, is out — and there's something undeniably cheeky about that title if you're a couple of DJs.

No Requests is full of songs from their past made new. Bartos and Garcia formed their own band of world-class musicians — dubbed the M19s — and together, redesigned every track. The result is a collection of songs that are fresh, but still familiar — maybe infused with different rhythms, but that largely keep the lyrics and the spirit of the originals intact.

"I'm really aware of the fact that covering the songs that we covered takes a lot of gall," Bartos says. "One could argue that none of these songs needs to be touched because they're almost perfect to begin with."

NPR's Audie Cornish spoke with Adrian Bartos and Bobbito Garcia about why they chose some of the songs on the album, the process of transforming them into something original and what it felt like to hear their songs on the radio for the first time. Listen to their conversation in the player above and read on for highlights from the interview.

On reimagining The Maytals' "Festival Song (Bam Bam)," one of the most sampled reggae songs of all time

ADRIAN "STRETCH" BARTOS: That's a song that has a really strong DNA, going back to the '60s, and reinterpreted, sampled, covered, countless times. I chose that record, and in our version, we take it back to one of the earlier Maytals recordings where it has sort of a mento, pre-rock steady feel to it. But then the record goes left, severely, and gets on the airplane and flies to another island.

BOBBITO GARCIA: The name of the band is the M19s, which was a crosstown bus in Manhattan that connected the Upper East Side to the Upper West Side. Stretch grew up on 96th Street; I grew up on 97th Street. And so in this time of borders, we wanted to build bridges so that Afro Cuban and Afro Boricua aficionados and dancers could enjoy a Jamaican record in the same way that they might enjoy one of their [own].

On selecting the British band Babe Ruth's 1973 single, "The Mexican"

Garcia: In 1973, my sister was into early disco when it was still very jazzy and soulful, before it got cheesy and electronic. She shared ["The Mexican"] with me and, you know, I'm 7-years-old and I was struck by it sonically at such a tender age when I really didn't understand anything.

Bartos: I would venture to say that anyone that was into DJ culture in the '70s, they knew "The Mexican." They might not know it was by Babe Ruth; this was a record that was championed by guys like [DJ Kool] Herc and [Grandmaster] Flash and [Grand Wizard] Theodore —

Garcia: — the pillar DJs of the burgeoning movement of hip-hop in the '70s --

Bartos: — that record has been sampled countless times by hip-hop producers and it just resonates. It's a beautiful record.

On rewriting the lyrics to "The Mexican" for today

Garcia: In researching the original Babe Ruth, I discovered that the lyrics were written in protest of the John Wayne film's depiction of the Alamo in the Mexican-American War. I'd heard that, I DJed, I've danced to that record how many times and had no clue that there was this statement being made? In lieu of what's going on in the last few years with the impression that's been made by our government towards border patrol and the wall — I just felt that we could rewrite the lyrics somewhat so that they echoed current events. So I changed one of the lyrics to "Wall so high from the outside / Makes it hard to dream." And then having Mireya Ramos, who's a Latin Grammy-winning singer, with the all-woman mariachi band Flor de Toloache — you know, these are subtle ways to bridge it to the present.