Accessibility links
Amtrak Wanted 2 Wheelchair Users To Pay $25,000 For A Train Ride It usually costs $16 to take Amtrak from Chicago to Bloomington, Ill. The company defended the $25,000 cost for the extra wheelchair users, saying it reflects a new policy. 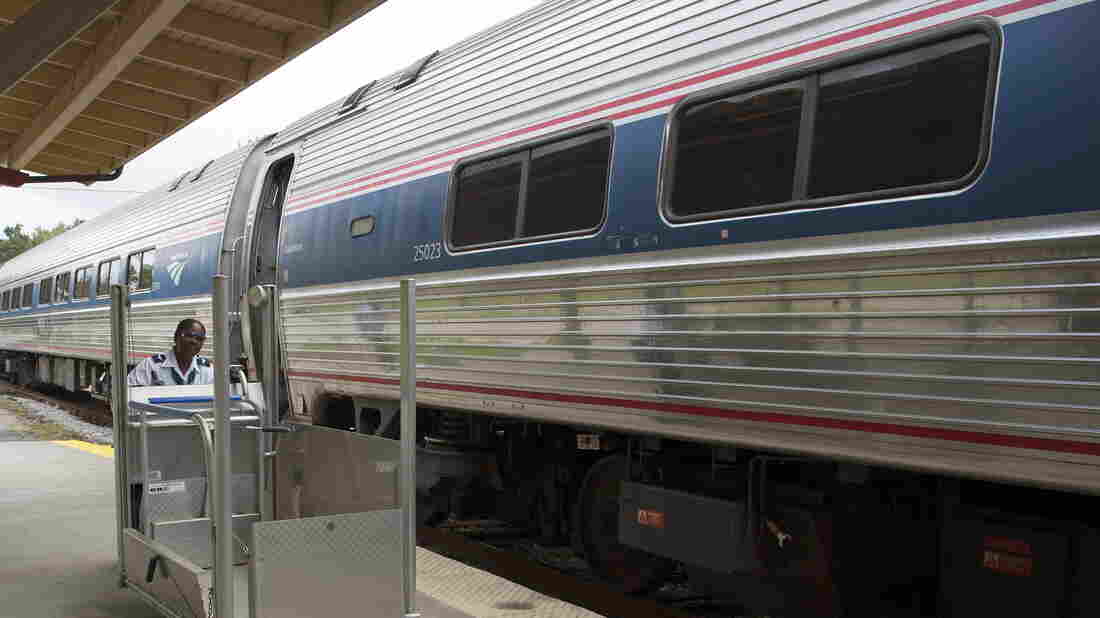 A member of the station staff pushes a portable wheelchair lift along the platform at an Amtrak station in DeLand, Fla. The company says its policies for having to adjust or remove seats has changed. Education Images/Universal Images Group via Getty Images hide caption 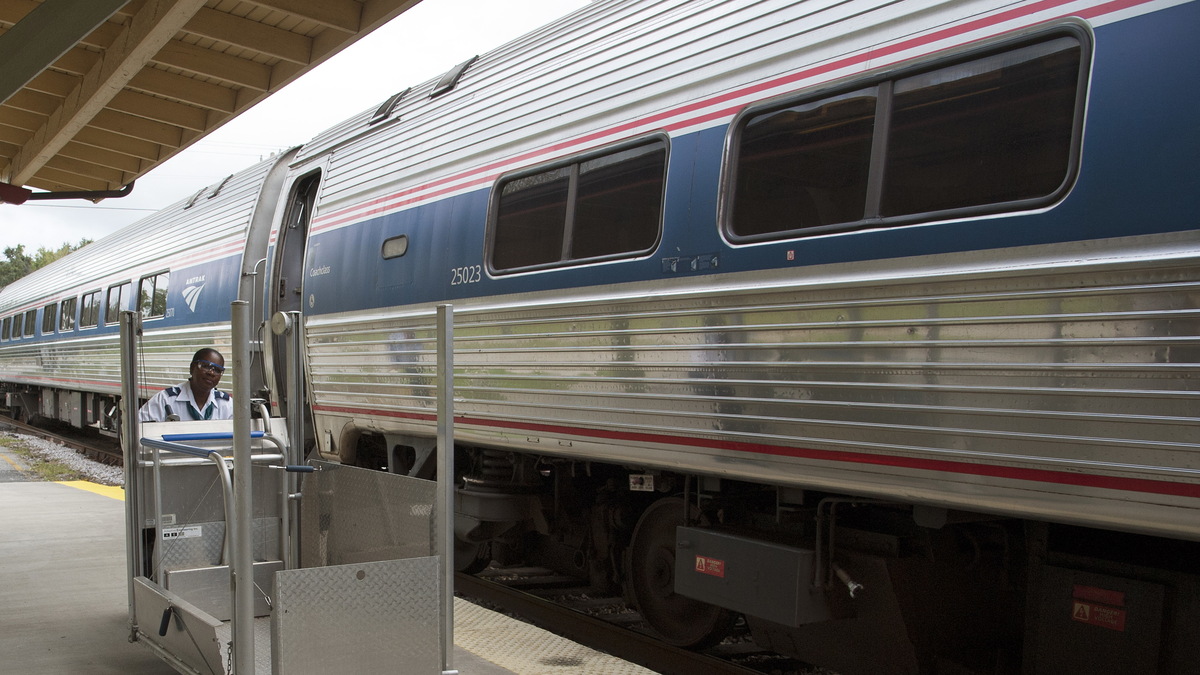 A member of the station staff pushes a portable wheelchair lift along the platform at an Amtrak station in DeLand, Fla. The company says its policies for having to adjust or remove seats has changed.

It costs just $16 to buy a one-way ticket on the Amtrak train from Chicago to Bloomington, Ill., unless you're the two people who use wheelchairs and tried to buy tickets recently. They were told their tickets will cost not $16 — but $25,000.

When Adam Ballard saw what Amtrak wanted to charge, he couldn't believe it.

Ballard works for a disability service and advocacy center in Chicago called Access Living. He is its housing and transportation policy analyst, and a group from his office is headed to Bloomington next Wednesday for a work retreat.

There are 10 of them, and five — including Ballard — use wheelchairs. Their train has three cars. Each car has one space for a wheelchair. That makes three spaces for five people in wheelchairs. In the past, when Access Living gave advance notice that it was sending a large group, Amtrak took out more seats to fit more wheelchairs. Once, it took out seats in the dining car and charged a few hundred dollars extra.

"I use a power wheelchair. It is standard size for a power chair, but it's larger than most manual chairs. So I take up a little extra space," Ballard says. "But always in the past, no matter what kind of assortment of people and devices we had together for our group, it was never a problem to get everybody on board." 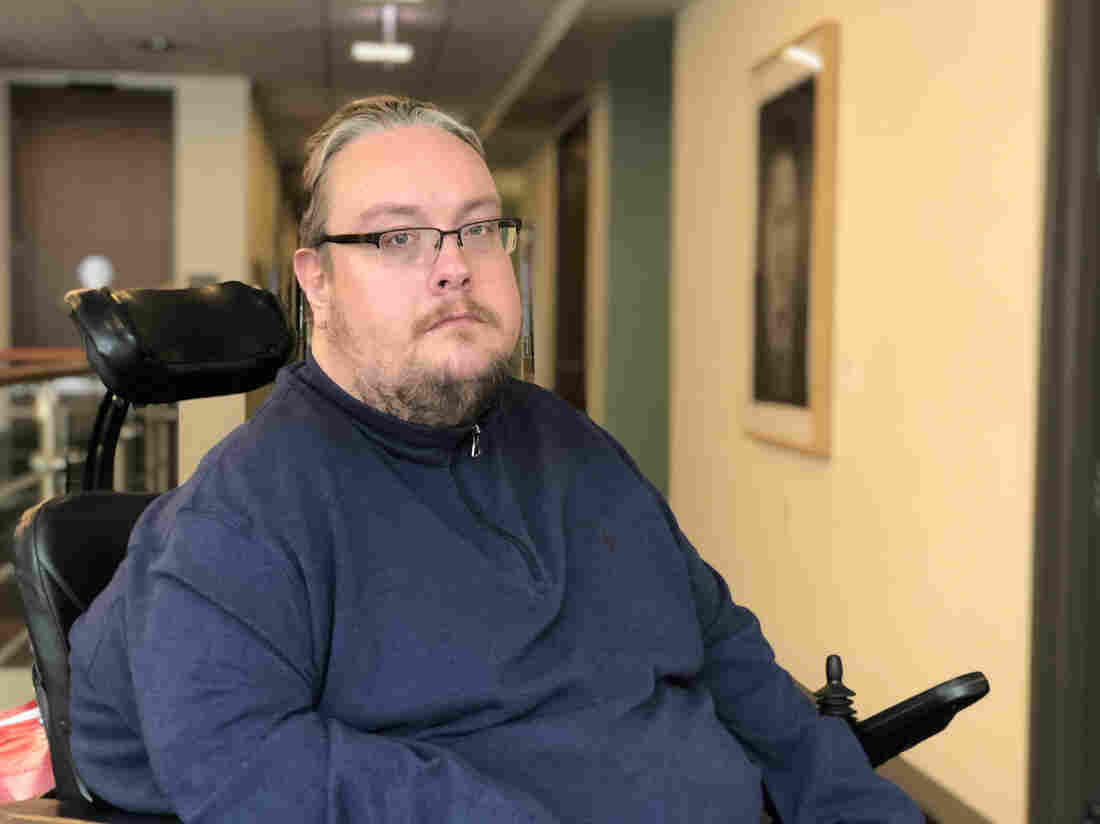 Adam Ballard, the housing and transportation policy analyst at the nonprofit Access Living, says Amtrak wanted to charge his organization more than $25,000 to take the train from Chicago to Bloomington, Ill. Vivian McCall for NPR hide caption 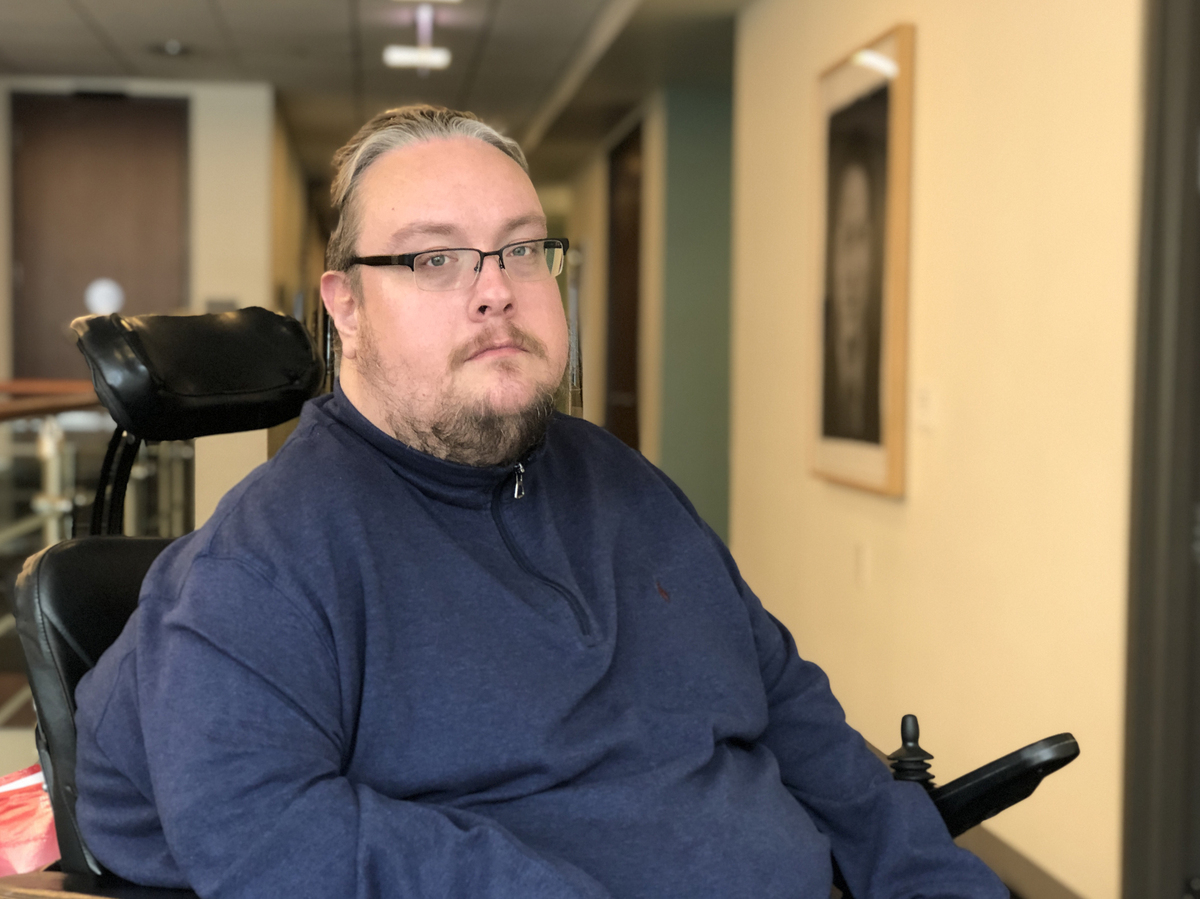 Adam Ballard, the housing and transportation policy analyst at the nonprofit Access Living, says Amtrak wanted to charge his organization more than $25,000 to take the train from Chicago to Bloomington, Ill.

But not this time.

On Dec. 30, an Amtrak agent for group sales based in Philadelphia wrote: "I received a cost regarding the removal of seats and I've been advised this will be over $25 K. Would you like for me to proceed with the request?"

Someone from the group wrote back: "Am I reading this correctly?"

The answer came back on Jan. 2. "The cost is correct," the agent wrote, citing a new policy for taking out those seats. The agent explained that it's expensive to take out extra seats and that it means taking a car out of service.

"With removal of seats, it can be quite costly," the agent wrote. "In previous years, the removal of seats from the coach cars incurred fees that Amtrak absorbed ... We understand and appreciate your loyalty with Amtrak. Going forward, we cannot continue to absorb these fees. These polices have changed nationwide as of 2019."

Officials at Access Living then reached out to senior officials at Amtrak asking for a "return to the prior arrangement," according to Bridget Hayman, director of communications for Access Living. She says Amtrak officials agreed to "present the situation to upper management" and give the disability group an answer by Jan. 13.

But there was no response by the promised deadline, Hayman says, and then no communication when officials at Access Living tried to follow up.

Jonathan Mook is an attorney who advises companies about their obligations under the Americans with Disabilities Act, or ADA. He was surprised by the $25,000 figure.

The ADA, which became law 30 years ago this year, is a civil rights law that prohibits discrimination against people with disabilities in jobs, schools, public places and transportation — including trains. It requires companies like Amtrak to make "reasonable accommodations" so that people with disabilities have comparable access to transportation as do people without disabilities. The law says a business can get an exemption from the requirement to make an accommodation if doing so would require an "undue burden" on the company.

Wheelchairs On Planes: Why Can't Passengers Use Their Own Onboard?

Mook, who is with the Virginia-based law firm DiMuro Ginsberg, says that's mostly a protection for small businesses, or maybe for a big project — like a renovation that adds ramps and elevators to a historic train station.

Still, he says, it's a "gray area" in the law to determine how much money a company is required to spend. But even if it really costs Amtrak $25,000 to take a train car out of service and pull up the seats, Mook says, "that doesn't end the story ... [Amtrak] has to reach out and say, 'Let's talk about some alternatives here. What can we devise?' "

That is what it did with Access Living in the past.

NPR contacted Amtrak several times. One spokesperson noted that the policy about reconfiguring seats is not directed at people with disabilities but applies to anyone who makes a request that requires "removing seating or making other physical changes to the service."

The official referred NPR to a page on Amtrak's website. It doesn't mention a new policy for people with disabilities or pulling up seats. At the top of the page it says: "Amtrak is happy to provide accessible transportation to all of our guests."

In fact, many wheelchair users — like Adam Ballard — prefer trains to buses and airplanes.

"We've looked at other options, like buses," Ballard says. "And nothing compares to Amtrak."

On the train, the bathrooms are spacious, large enough to fit a wheelchair. And Ballard can stay in his wheelchair, instead of checking it like luggage — and then worrying that this expensive piece of equipment that is hard to fix and crucial to his mobility — will be damaged.

Ballard still plans to go to the meeting next week. Access Living is using one of its vans to take him and a colleague. The other eight people in the group will buy those $16 one-way tickets on the train.

After publication of the NPR story, Amtrak released a statement reiterating its earlier comments that the charges were part of the company's policy to charge passengers "an additional fee when any group requires reconfiguration of our railcars."

The statement went on to say: "We will contact Access Living and suggest costs could be avoided by using the two separate trains on this route, with each train separated by about three hours and having three spaces for wheelchairs without any reconfiguration. We will also confirm the pricing for a railcar reconfiguration given to this important and valued customer."

On Sunday, Sen. Tammy Duckworth of Illinois, an Iraq War veteran and double amputee, said in a series of tweets that she was disappointed that Amtrak "appears to have failed to offer a public apology for its initial mistake."

"The Americans with Disabilities Act has been the law of the land for 30 years," she said. "Yet in 2020, @Amtrak believes it would be an unreasonable burden to remove architectural barriers that would enable a group with five wheelchair users to travel together."

Duckworth, who is the ranking Democrat on the Senate Commerce Subcommittee on Transportation and Safety, went on to say she planned to request a meeting with Amtrak President and CEO Richard Anderson "to discuss eliminating Amtrak's nationwide policy of refusing to absorb any costs associated with reconfiguring a railcar to accommodate a group of wheelchair users."