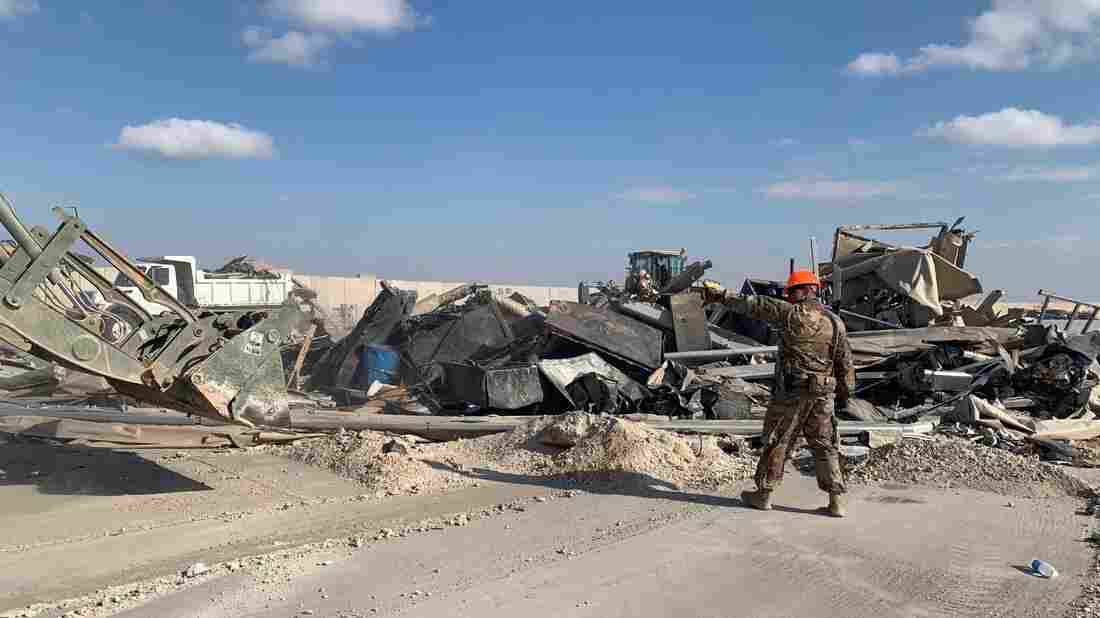 U.S. troops clear debris following an Iranian missile strike at the Ain al-Assad air base in Iraq on Jan. 8. No one was killed, and U.S. officials initially said no American service members had been injured. Ali Abdul Hassan/AP hide caption 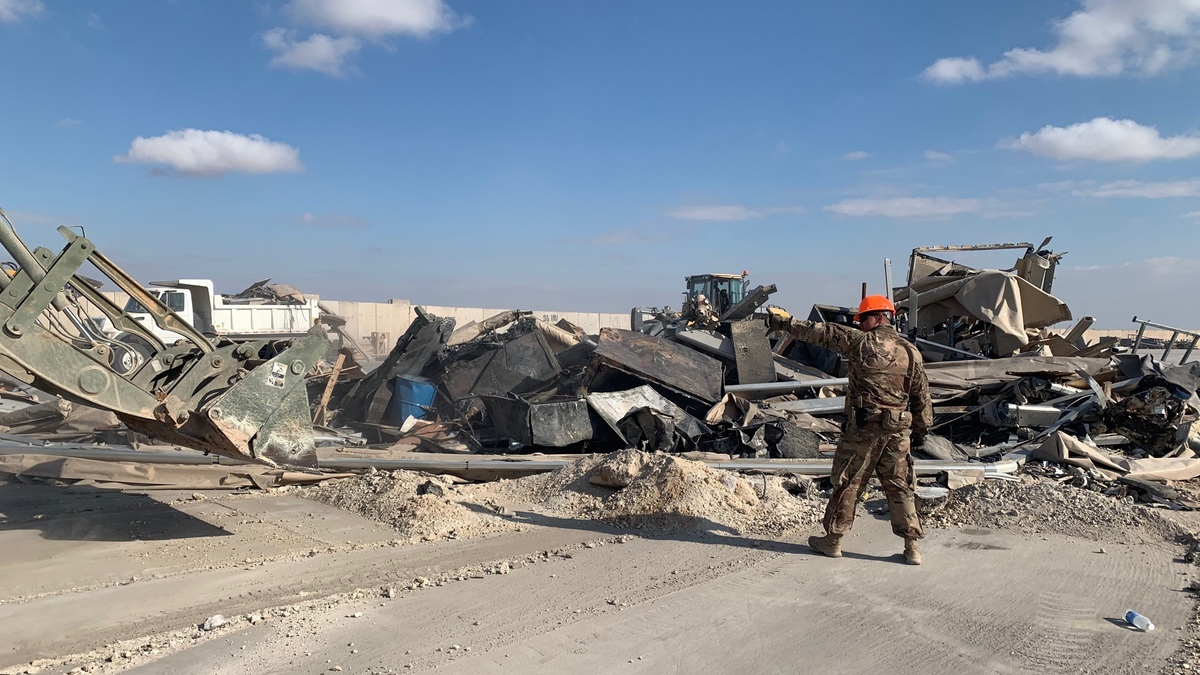 U.S. troops clear debris following an Iranian missile strike at the Ain al-Assad air base in Iraq on Jan. 8. No one was killed, and U.S. officials initially said no American service members had been injured.

The Pentagon says 11 U.S. service members were injured in Iran's ballistic missile attack on U.S. assets in Iraq last week. The Americans are being treated for concussion symptoms from the blast and are expected to return to duty after a health screening, a Defense Department spokesperson says.

No one died in the Jan. 8 strike on the large Ain al-Assad base, northwest of Baghdad, and the U.S. initially said no Americans were injured. The new report expands on comments by a military spokesman who said earlier this week that "several" people were being treated for concussions.

"In the days following the attack, out of an abundance of caution, some service members were transported from Al Asad Air Base, Iraq to Landstuhl Regional Medical Center in Germany, others were sent to Camp Arifjan, Kuwait, for follow-on screening," said Capt. Bill Urban, communications director for U.S. Central Command. He added that eight people were sent to the facility in Germany and three to Kuwait.

Urban said it is standard procedure for anyone who was near a blast to be screened for traumatic brain injury. He did not provide details about what symptoms the U.S. personnel showed.

The Iranian strike hit the Al-Assad base in Anbar Province and an Iraqi base in Irbil. It followed a U.S. drone attack in Baghdad that killed Iranian military commander Maj. Gen. Qassem Soleimani. Iran's supreme leader, Ayatollah Ali Khamenei, called the retaliatory action a "slap in the face" to the U.S.

The morning after the missile strike, President Trump said, "No Americans were harmed in last night's attack by the Iranian regime."

In that speech at the White House, Trump added, "We suffered no casualties. All of our soldiers are safe, and only minimal damage was sustained at our military bases."

U.S. personnel at the Ain al-Assad base were placed under a lockdown some two hours before the Iranian strike, with Lt. Col. Antoinette Chase ordering troops to take shelter in bunkers. The base has about 1,500 personnel, including some 300 Americans.

"Worst case scenario — we were told was it's probably going to be a missile attack," Chase said earlier this week, according to The Associated Press. "So we were informed of that."

As seen in satellite imagery and other photographs, the Iranian missile barrage destroyed several buildings on the base, leaving behind charred debris, rubble and deep craters.