Accessibility links
China Phase 1 Trade Deal Raises Worries About Free Trade While the new deal with China lowers some trade barriers, it leaves many tariffs in place. And it dictates that China buy more from the U.S., but that has other trading partners worried. 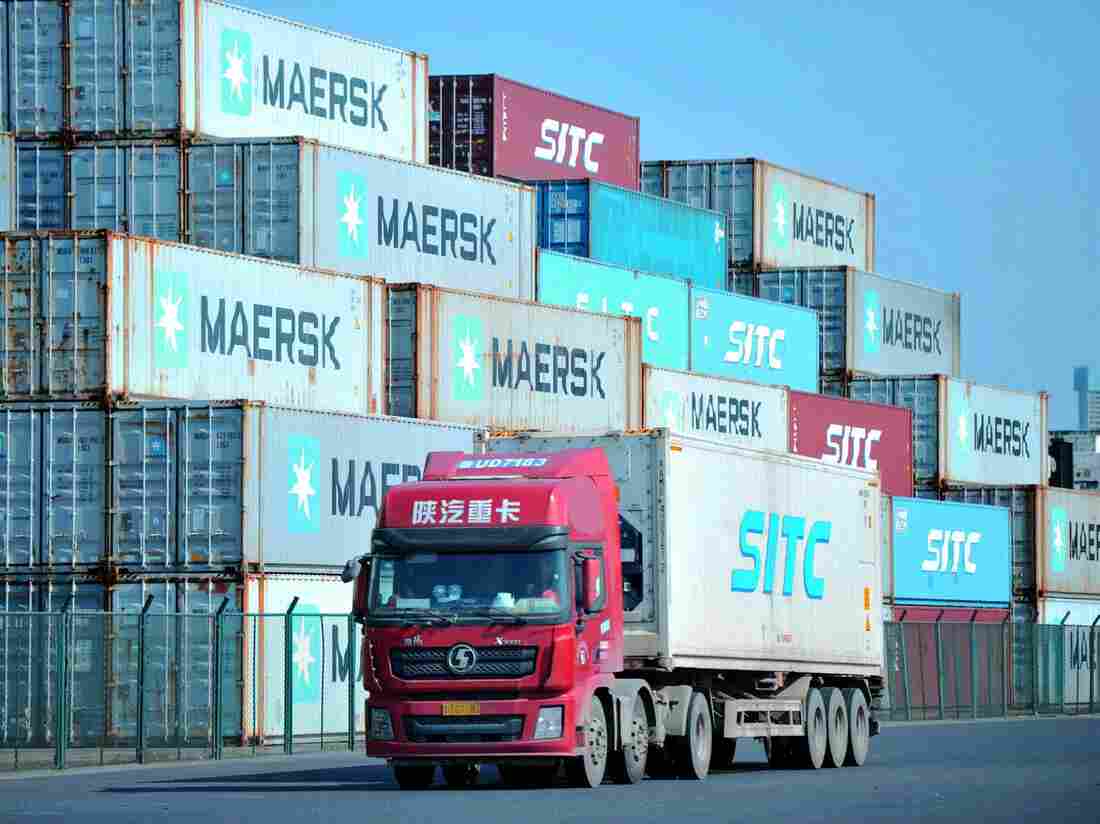 Containers are stacked at the port in Qingdao, in China's eastern Shandong province. A new trade deal dictates that China buy more from the U.S., but that has other trading partners worried. STR/AFP via Getty Images hide caption 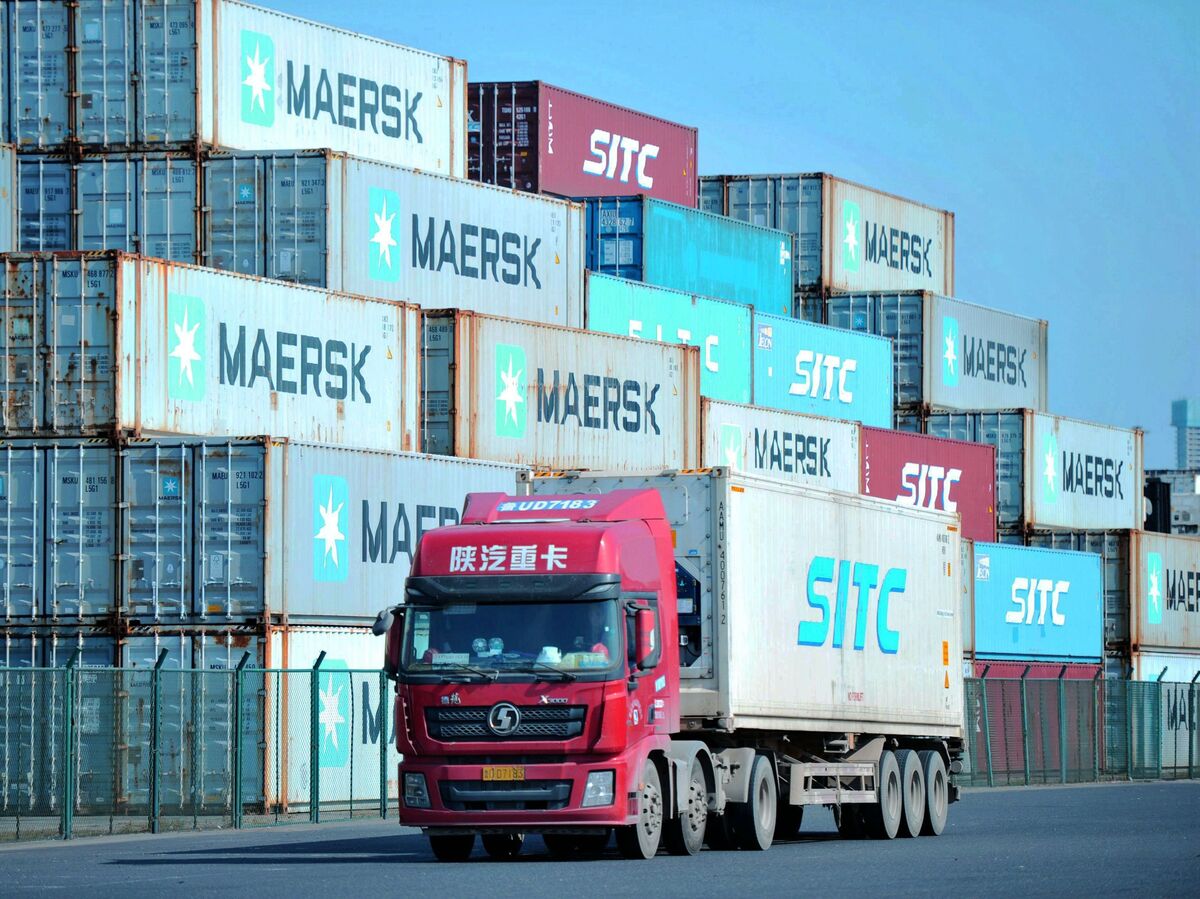 Containers are stacked at the port in Qingdao, in China's eastern Shandong province. A new trade deal dictates that China buy more from the U.S., but that has other trading partners worried.

The "Phase 1" trade deal with China that President Trump signed this week is unlike any previous free trade agreement. From Trump's point of view, that's the whole point.

"We are righting the wrongs of the past," Trump said Wednesday during a White House signing ceremony, "and delivering a future of economic justice and security for American workers, farmers and families."

But by requiring China to buy specific amounts of goods from the U.S., the deal is raising concerns that it moves away from a free-market arrangement to a more managed style of trade.

Like earlier agreements, the 96-page deal does call for lowering some trade barriers in China. It opens a door for U.S. financial services, for example, and clears the way for China to buy more American beef, dairy products, and pet food.

But the agreement leaves many other trade barriers in place, including stiff tariffs on two-thirds of everything the U.S. buys from China. According to Oxford Economics, the average tariff on Chinese imports is now 19.3% — up from just 3% before the trade war began.

"It's kind of a hidden tax," said Angela Carr, whose Turbie Twist company imports popular hair towels from China. "Sometimes people, because it's called a tariff, I think are led to believe that perhaps China is paying for this, when in fact the cost is going to be carried by either the consumers, the retailers or the small businesses or all three."

The deal also aims to narrow the U.S. trade deficit with China by requiring that Beijing boost its purchases of U.S. goods and services by more than 50% over the next two years.

"What's to me very important, number one, they're going to be spending much more than $200 billion," Trump said. The agreement sets specific targets for China to purchase a long list of farm goods, manufactured products, energy and services.

"The only way for China to reach its commitments is to resort to Soviet-style managed trade," wrote Gary Hufbauer, a senior fellow at the Peterson Institute for International Economics, in a blog post.

Hufbauer called the purchase requirements a "worrisome and radical change," after decades in which both Republican and Democratic administrations called on China to act more like a market economy, allowing competition to drive purchasing decisions.

"It is a big reversal of how the U.S. has tried to do business for the last 40 or 50 years," Hufbauer said in an interview.

China sharply reduced its purchases of American farm goods during the trade war. The Phase 1 deal seeks to more than make up for that, boosting agricultural sales by $32 billion over the next two years, compared to 2017 levels.

In China, Birthrate Falls To Lowest Level In 70 Years

Farmers enjoyed their best sales ever to China in 2012. But Darci Vetter, who was the chief agricultural trade negotiator for the U.S. during the Obama administration, said she never tried to set a numerical target.

"What U.S. farmers and ranchers told me they wanted was really the opportunity to form long-term relationships with partners in China and to do so on a market basis," Vetter said. "Trade is relationships. And we're not looking for selling a lot of products to China for the next two years. We're looking for a relationship that will endure."

Some observers are skeptical that China will actually buy as much from the U.S. as the agreement calls for. At the White House signing ceremony, Vice Premier Liu He said his country's purchases would increase naturally as a result of economic growth.

"As the living standard of the Chinese people rises, we will import fine-quality agricultural products from countries across the world," Liu said through an interpreter. He stressed that imports would be "based on the market demand in China."

If market demand is soft, China might have to scale back purchases from other countries in order to meet its pledge to buy more from the United States.

"Those countries will be very unhappy," Hufbauer said, "that China is essentially diverting its purchases which were based somewhat on market principles, to prefer U.S. exports."

Trump has no qualms about the prospect of displacing China's other trading partners, including U.S. allies such as Canada or the European Union.

"At long last, Americans have a government that puts them first," Trump said.

The EU warned this week that Europeans could bring a complaint to the World Trade Organization if the "Phase 1" deal puts them at an unfair disadvantage.

Like the president, Lighthizer prefers to negotiate with other countries one-on-one, rather than working through the international trading system that the U.S. helped to create.

"If you're the biggest economy in the world, you're far better off with bilateral agreements. You've got more leverage," Lighthizer said. "If you're Switzerland, you're better off working through a group and trying to get a coalition. If you're the United States, you don't need to."